I Always Knew I Wanted To Be A Mom… Someday 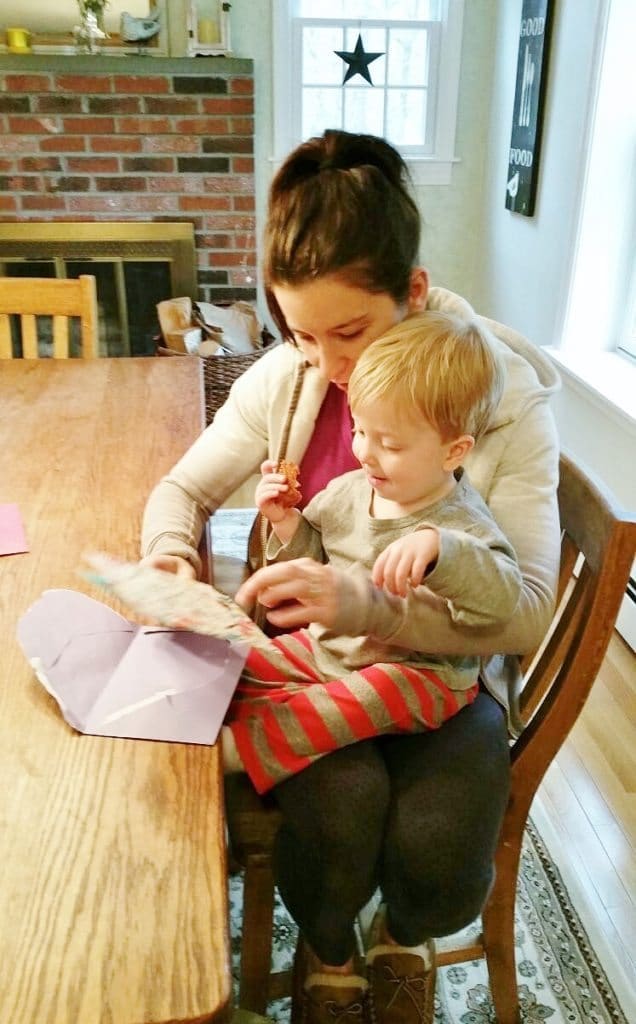 Good morning and happy Monday! I hope all of the mothers out there had a very nice Mother’s Day!

Since we celebrated Mother’s Day just yesterday, I thought it was the perfect time to share some of the special moments in my life that really confirmed my desire to be a mother. I always knew I wanted to be a mom… someday. I wasn’t really a “kid person,” so becoming a parent just wasn’t a priority for me. When Mal and I got married, it was always part of our plan, but, again, someday. We got married kind of young (we were the first of our friends), so we weren’t in any rush. We were having a lot of fun, just the two of us, so the kid thing wasn’t a topic of conversation during the first few years of marriage. And, truthfully, I think we both needed to warm up to the idea. Neither of us had any experience with babies, so we were a bit clueless about what it meant to be parents. We knew we wanted children (someday), so we just trusted we’d know when the time was right. For me, there were specific instances over the years that truly confirmed my desire to become a mother. Some might seem trivial, but, at the time, they were quite significant and ultimately encouraged us to start the family we have today. Feeling the urge to hold a baby (June 2012) – I was never one of those people who thought babies were cute or wanted to snuggle someone else’s newborn, so actually wanting to hold a baby was a big deal for me””and I remember the exact moment. It was at BlogHer Food, and Amie invited a small group of bloggers to her hotel room for apps and drinks before one of the evening events. Another food blogger brought her baby along, and I just thought he was the most adorable thing. I barely knew her, so I didn’t ask to hold him, but I remember being so surprised that I wanted to. Realizing I didn’t want to be alone with Mal on Christmas morning (July 2012) – Ok, that might seem a little strange, but let me explain. Mal and I drove to update New York to run the Boilermaker 15K with my friend Matt and his family. We spent the weekend at his parents’ house along with his two siblings, their significant others, and two of his cousins””all of whom were running the race the next day. Needless to say, getting ourselves to the starting line on the morning of the race was a bit hectic, hilarious, and wonderful all at the same time. On the drive home from New York, Mal and I started talking about how much we enjoyed being part of Matt’s annual family tradition of running the Boilermaker together. Our conversation eventually spiraled to family and how we wanted our own to celebrate these types of traditions. Basically, we didn’t want to spend Christmas alone/without kids, so we talked about starting a family. My sister telling me she was pregnant (September 2012) – Before my sister told me she was pregnant, I knew I wanted to have kids around the same time since we were so close with our cousins growing up. Some of our BEST childhood memories include (doing ridiculous things with) them, so I wanted our children to have the same experience. When my sister told me she was pregnant, Mal and I started talking about what “someday” meant. We realized there were still some things we wanted to do before starting a family, including travel, so we traveled our hearts out: Black Butte Ranch, San Juan Island, Oahu, Ireland, Twin Farms, Cabo, New York City, Savannah, and Burlington. Being so sick on the WODs & Paleo Retreat (August 2013) – Prior to going to Cabo for the WODs & Paleo Retreat, I was battling a terrible UC flare. Prednisone kept me healthy-ish, but I had taken the drug for so long, I became steroid-dependent (i.e. lots of terrible side effects) and my GI doctor was encouraging me to try Remicade. The trip to Cabo made my symptoms quite a bit worse, so Mal and I agreed it was time to start trying to have a baby since I wasn’t getting any healthier (or younger) and Remicade totally freaked me out. (Both my GI doctor and OB/GYN said Remicade was safe while pregnant, but I wasn’t comfortable with the idea.) I ended up getting pregnant the very next month and, to our surprise, all of my UC symptoms went away for the majority of my pregnancy. Nine months later, we welcomed sweet baby Quinn into our lives and the rest is history! Moms: Was there a specific moment (s) that confirmed that you wanted to be a mother?