Guys, I took a yoga class yesterday! (I know, I’m as surprised as you are!)

And it was 60 minutes long!

AND I didn’t leave midway through due to boredom! 🙂 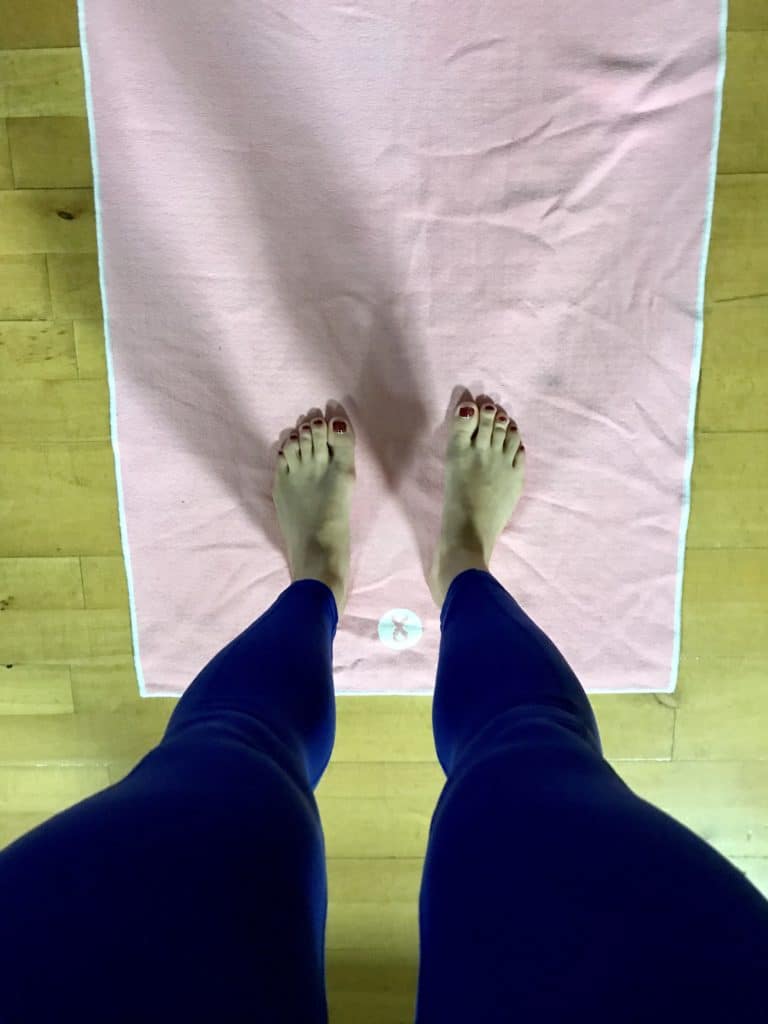 I’m generally not a fan of yoga, but I kind of liked the class that I took yesterday and might even go again. We did a few stretches that I definitely needed, so it might be motivation to keep with it. My upper back and hips are insanely tight – to the point where they’re bothering me while doing everyday activities, like walking, sitting, bending, etc., which is just not good for someone who is only 38 years old. Ugghh, getting old it hard.

Anyway, after yoga class and playtime at the YMCA with Quinn, we headed to Blend, a new smoothie/shake shop in South Weymouth. I saw a post about it on Instagram the other day, so I wanted to see what it was all about. 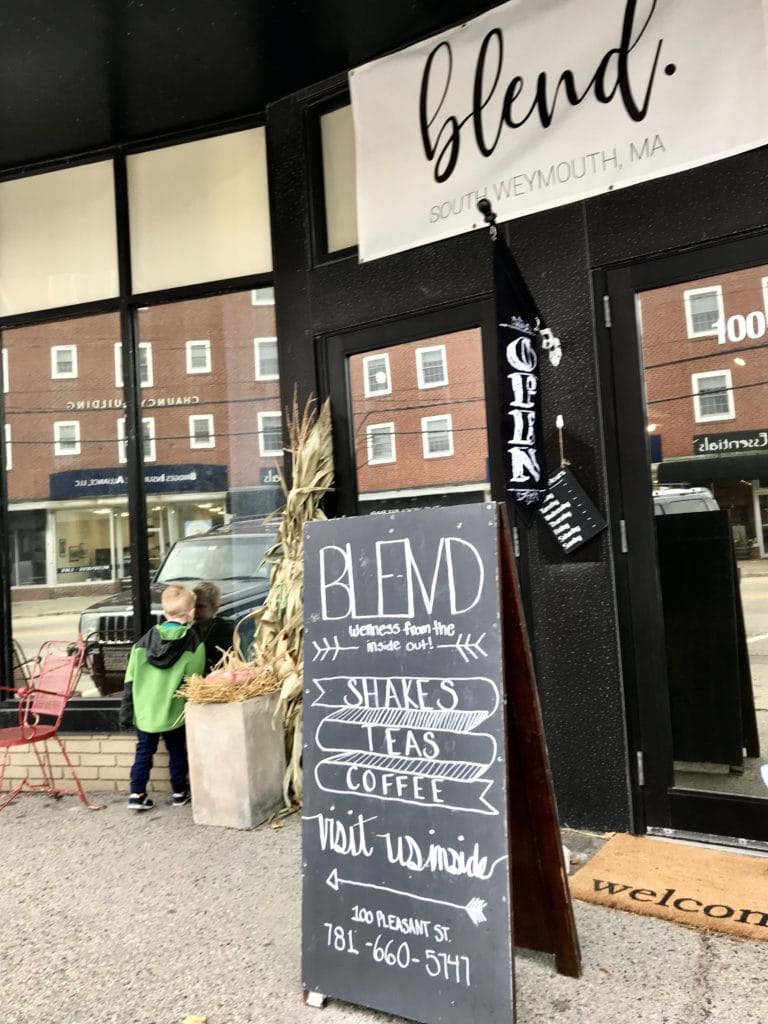 Blend was super cute inside and the employees were all really nice. The shakes were DELICIOUS, but the ingredients were just okay, so it was more of a treat. (They’re made from Herbalife products.) Quinn and I shared a birthday cake shake with sprinkles, which we both loved. We’ll definitely visit again! 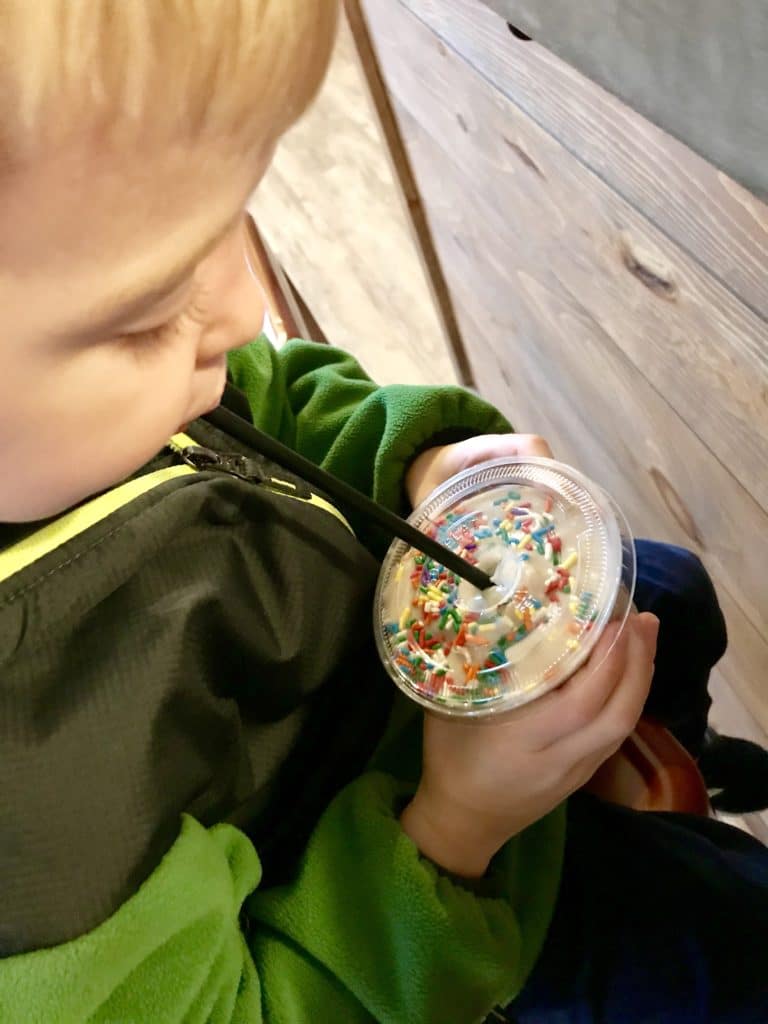 The hospital was basically right next door to Blend, so Quinn and I popped into the outpatient lab, so I could have blood drawn for MORE tests. I’m still coughing up phlegm every day (it’s quite glamorous), and all of the tests we’ve done so far have said zero about what is causing it. Hopefully, this round of testing will tell us something. Quinn was super patient during our visit, so the nurse gave him a couple of Ninja Turtle stickers, which he was beyond excited about! 🙂 He actually brought them to school today to share with his best bud, Blake.

After that, we headed to the library to return books and pick out new ones. We also got a DVD, which is Quinn’s newest obsession. He loves perusing the DVDs at the library. He doesn’t quite understand that pretty much all of them are on Netflix or Hulu – he just thinks they’re super cool! Thankfully, Mal’s Playstation (?) plays DVDs. Do people even own DVD players nowadays? 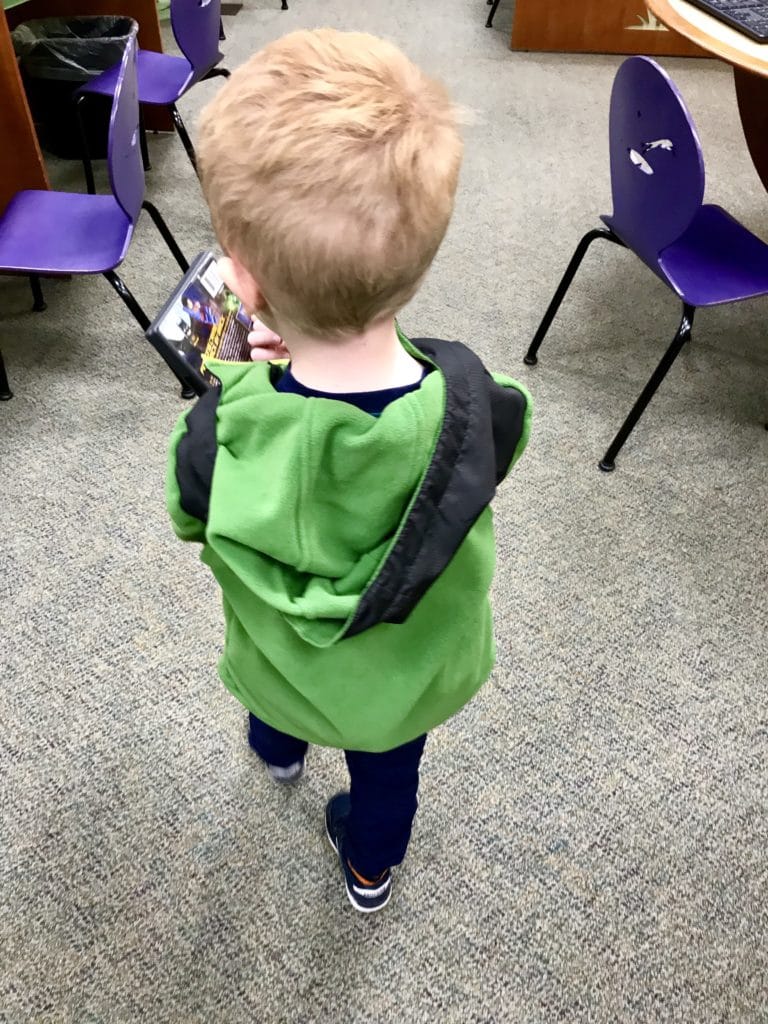 After a busy morning, we headed home for lunch. On the menu for me: Salmon Caesar Salad – basically, canned salmon on top of mixed greens with Primal Kitchen Caesar Dressing. Lunch doesn’t get easier than this! 🙂 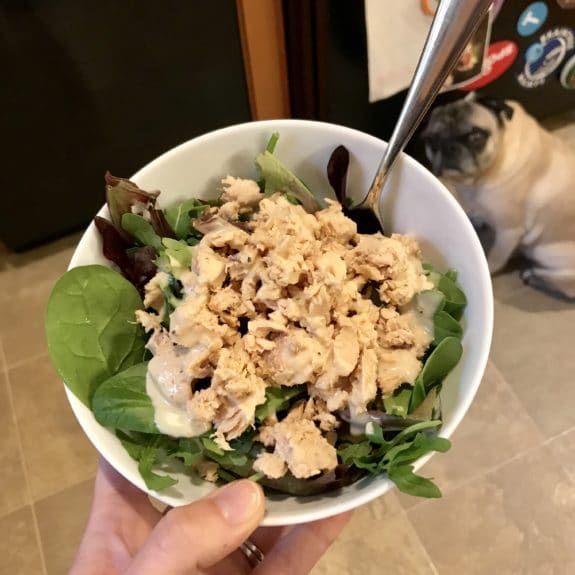 I also had a piece of avocado toast with Everything But the Bagel Seasoning. Delish! 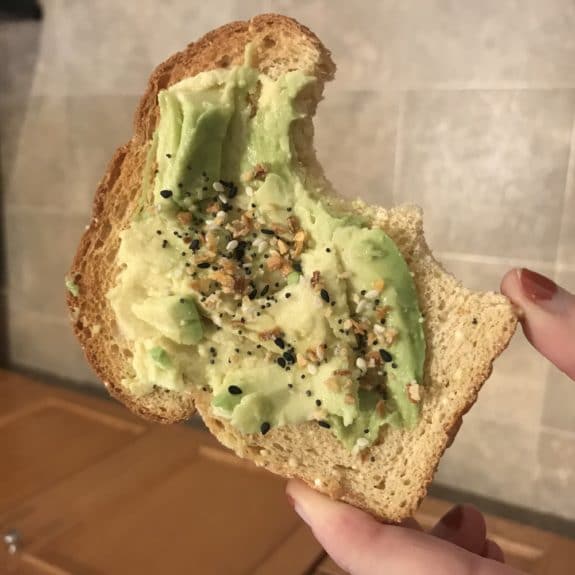 What are your thoughts about yoga? Love it? Hate it? Boring AF? 🙂

Do you own a DVD player?