Weighing yourself is unneeded stress.⁠ Did you know I only weigh in once a month?⁠ Yep! Just once a month. Usually about 5-6 days after my cycle ends.⁠ And that’s what I recommend to some of my female nutrition clients as well (unless they are doing a reverse diet and then it’s weekly).

Weighing yourself is unneeded stress

You see, weighing yourself every single day is UNNECESSARY, and it can actually be HARMFUL to your progress and mindset.⁠ Your weight isn’t just one number. It’s really a RANGE of numbers, better known as natural scale fluctuations. Water, waste, soreness, hormones, salt, etc., all influence how the scale looks. But that doesn’t mean those scale changes are indicative of true fat gain.⁠⠀

For example, Sally weighs herself in the morning on an empty stomach and sees 120. That day she drinks a gallon of water, eats 3 meals, and does heaving lifting. Before bed the scale says 123. Gasp! Sally is so disappointed, wondering how this happened? Did she actually gain 3 pounds of body fat in 12 hours?!? No. How do we know? ⁠⠀

Because A: it’s practically impossible and B: when she woke up a couple days later, the scale was back to 120. But, because of that natural fluctuation, Sally was stressed out about those 3 pounds.⁠ Natural fluctuations are inevitable. And if you pay too close attention to them, you’ll drive yourself crazy! 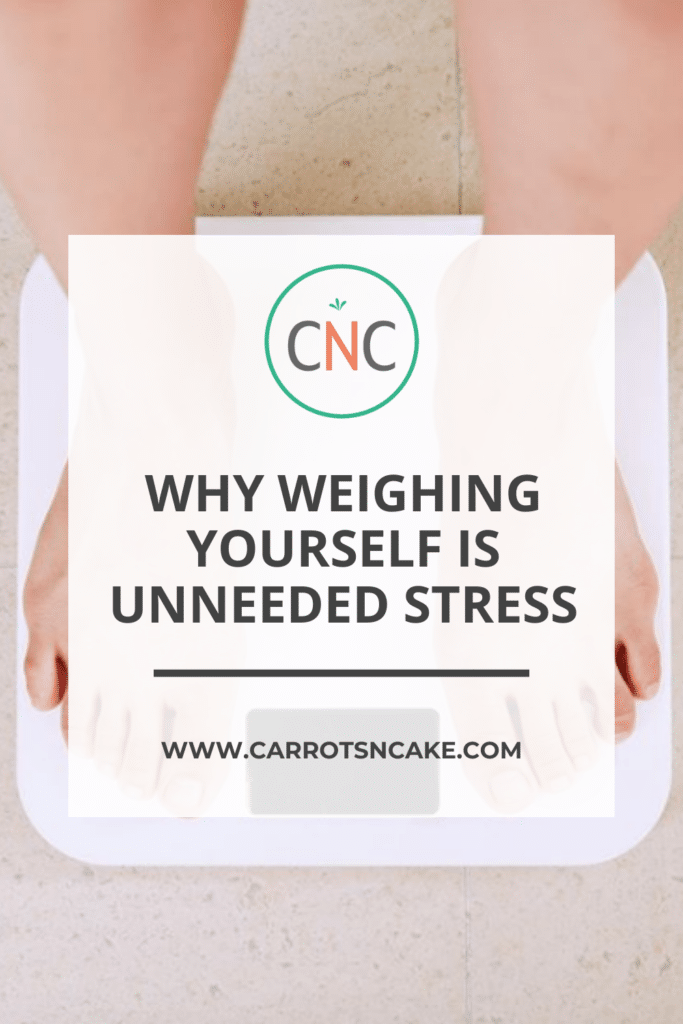 ⁠⠀
I suggest weighing in only once a month, 5-6 days after your cycle. Mark your calendar and be sure to keep the time of day consistent. That’s when you’re least bloated. In the interim, track progress by looking in the mirror, taking progress pics, monitoring biofeedback, how your clothes fit, and taking measurements. These are called non-scale victories and for many of my clients they’re more than enough to keep them successfully on track to their goals.⁠⠀
⁠⠀
Like I said, I only weigh myself once a month or so, but this definitely hasn’t always been the case, especially when I was younger. I use to let the scale ruin my day with a single number. Looking back, that is SO ridiculous! Know I know that weighing yourself is unneeded stress!

I’m curious, how often do you weigh yourself?⁠⠀