From Cheerios to CrossFit to Counting Chickens 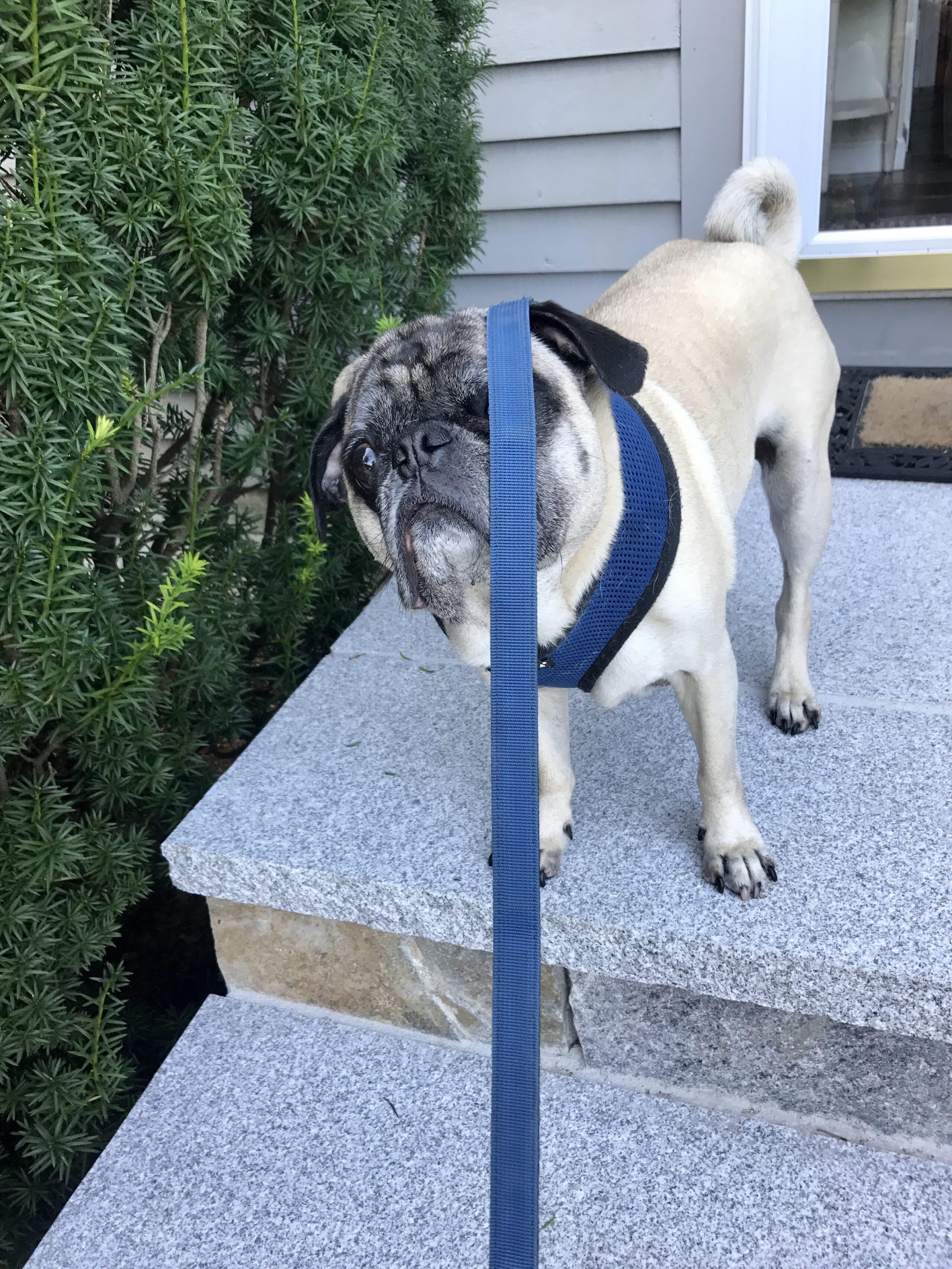 Holy cow, does anyone else feel like this week is totally flying by?! I can’t believe it’s already Thursday – and the day is already half over. Hey, I’m not complaining because I’m definitely looking forward to the weekend, but, whoa, this week has been quite the whirlwind.

My Hump Day started bright and early with the buzzing of my alarm. My original plan was to get up before everyone else to get some work done, but, unfortunately, our noisy dog woke up Quinn. The pug is just too darn excited about breakfast! I am too, so I get it, but, jeez, he is LOUD in the morning.

Speaking of breakfast, I started my day with a bowl of Pumpkin Spice Cheerios with sliced banana, pumpkin seeds, and some collagen mixed into the almond milk. I actually used to mix protein powder into my milk, but the collagen doesn’t add such a strong flavor –  actually, it barely adds any flavor at all. And, of course, it added a decent amount of protein to my breakfast. #boom Quinn was happily watching TV, so I headed into the kitchen to put away the dishes. As I was putting them into the cabinets, I realized just how many random ones we had accumulated since we moved into our house a couple of years ago. I suddenly had the urge to purge ALL OF THE DISHES. Does that ever happen to you? You just want to get rid of everything? I’m totally in one of those phases right now. I’ve heard I need to read The Life-Changing Magic of Tidying Up. After that, Quinn and I woke up Dada. Mal wanted to go to CrossFit with me, but we still needed to walk Murphy and drop Quinn off at daycare. Mal ended up having a slow start to his morning, so I walked Murphy, dropped Quinn off at daycare, and then met him at the gym later on. (We needed to take two cars because I had plans with a girlfriend after class.) The workout at CrossFit was definitely a good one. It was mostly running with a few strength movements mixed in. The 25 minutes actually seemed like quite a long time! After class, I grabbed an iced coffee with a friend at Coffee Shack. We sat and chatted for a while and then headed back to her house, so she could color and cut my hair. Hooray for new hair!! I love the color and cut so much! 🙂 Plus, my grays we’re definitely starting to take over, so I’m glad I was able to say goodbye! After my hair appointment, I headed home for a shower and then lunch. In the mix: Shredded chicken, zucchini, summer squash, carrots, and feta. After lunch, I spent the rest of the afternoon working. I had a bunch of phone calls, followed by a ton of social media stuff for Designed to Fit Nutrition. Mid-afternoon, I started to get a little hungry, so I snacked on cinnamon spice Pumpkin Seed Health Warrior Bar. I figured with the seed cycling protocol I’ve been doing, it was a perfect snack! I did a little more work, snacked on half of a banana with sunflower butter, and then took Murphy for a walk. While I was gone, Mal picked up Qman from daycare. When we all returned home, everyone said they were hungry, so I broke out some hummus and carrots for us to snack on. I didn’t do a huge grocery shopping this week because we have so many plans that involve dining out, so we mostly just winged it with meals. Mal and Quinn ate leftovers, and I nuked a Fire Roasted Quinoa Bowl from Kashi. I mixed it with some leftover zucchini and summer squash, and it was really good – much better than expected! It had some awesome flavors and textures. After dinner, we played a few rounds of Count Your Chickens, which is THE BEST game for a 3-year-old. It’s a cooperative game, so everyone works together to get the chicks in the coop. Plus, the focus is all about counting and even adding, so it’s an educational game too. We’ve played it a lot lately! 🙂 After we put Quinn to bed, I was starving (hormones?), so I ate two rice cakes, each with a thick layer of sunflower butter. Mal and I watched Big Brother and then hit the hay.

What game are you (or your kids) loving right now?

P.S. If you have a second, TODAY is the FINAL day (of this round) to VOTE for me in Massage Envy’s “Train Like a Pro Challenge.” Please head over and cast a quick vote for me! I totally appreciate it! 🙂