The Lie + Some Super Slippery Miles 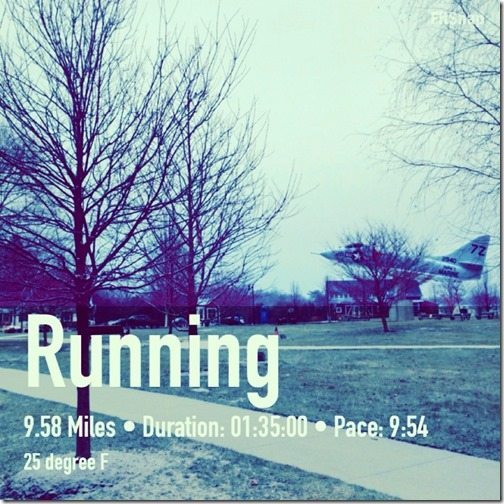 I loved reading all of your comments on my 10 Truths and a Lie post. But, jeez Louise, a lot of you guys think I have zero will-power! Haha! The statement about peanut M&Ms was actually not the lie. I really, truly have not touched the bag in days (mostly because I kind of forgot about them)!

The lie was “I like my pillows like I like my pancakes: soft and fluffy,” which a few of you guys guessed correctly. (You know me so well!) I recently bought Mal and me some new pillows, and I just assumed I liked soft and fluffy ones until I actually slept on them. Eh. Not a fan. They’re super uncomfortable, and I even woke up with a little neck and back pain from the lack of support. Boo. After a few days, I went out and bought all new super firm pillows and things are once again right in the world.

The other things you guys thought were lies, but were not:

Parenthood: Mal and I watched two more episodes last night and the show it definitely growing on us. We’ll keep watching!

Sleeping in a bra: I know a lot of you guys cringe at the idea of sleeping in a bra, but I’ve done it for so long, I don’t think I could go without the support. I sleep in soft bras (no underwire or anything like that) and, hey, you gotta keep those babies perky for as long as possible, right?

Not ”˜liking’ cats on Instagram: I save my ”˜likes’ for ALL pug photos and (most) dog photos! Pre-run eats: English muffin with Teddie peanut butter and banana + an egg + iced coffee at 6:00 AM. And then half of a pita with more peanut butter + 2 eggs whites (un-pictured) at 9:00 AM about an hour before I started my run. When I headed out to run, it was only 25 degrees and lightly snowing/raining, so I dressed in my warmest running gear: Nike ”˜Shield Max’ Running Jacket, New Balance Windblocker Tights, Janji Running Headband, and New Balance Endurance Touch Gloves. (I also wore a long-sleeve, sweat-wicking top under my jacket.)

For those of you who asked about the built-in facemask on the running jacket, here is a little more info… It attaches just below the hood on the inside of the jacket, so when you want to use it, you just pull it over your head. It took a little getting use to– mostly just how to breathe through it– but I am SO GLAD that I had it today. My chin and cheeks were freeeeeezing at times, and it definitely helped block the wind and keep my face warm. The streets in and around my neighborhood were a mess this morning (insanely slippery with ice-crusted snow and patches of black ice), so there was no way I could run on them without wiping out every few steps. I ended up running over to Southfield with the hope that maybe their sidewalks were plowed and sanded. Unfortunately, they were still covered in icy snow, so I ran in the mostly clear bike lane. I also kept a look out for sanded sidewalks near the apartment complexes. Running there was pretty much the only time I felt “safe” the entire run! Haha! By the end of the end, I was covered in ice and snow! AHH! Snow! Because I was dreading the weather so much, I actually kind of worked myself up about this run. Ok, I was sort of dreading it. Being out in the freezing cold for 90+ minutes? Ugh… not fun. But, in the end, I was TOTALLY fine. Seriously. Totally fine. I wasn’t even cold. And the weather was actually kind of nice– pretty and peaceful. Maybe this winter running thing isn’t so bad after all? Although, the messy roads were a little nerve-wracking at times. I definitely almost wiped-out a few times! Back at home, I chugged a protein shake and iced my knees as soon as I walked in the door. After that, I hopped in the shower and then made lunch, which was an egg scramble with sausage, mushrooms, and spinach and half of a roasted sweet potato on the side. A little while later, I snacked on a rice cake with peanut butter and banana. What are your PJs of choice? Do you sleep in a bra?

Running and snow? Love it? Hate it? Any tips/advice for not wiping out?