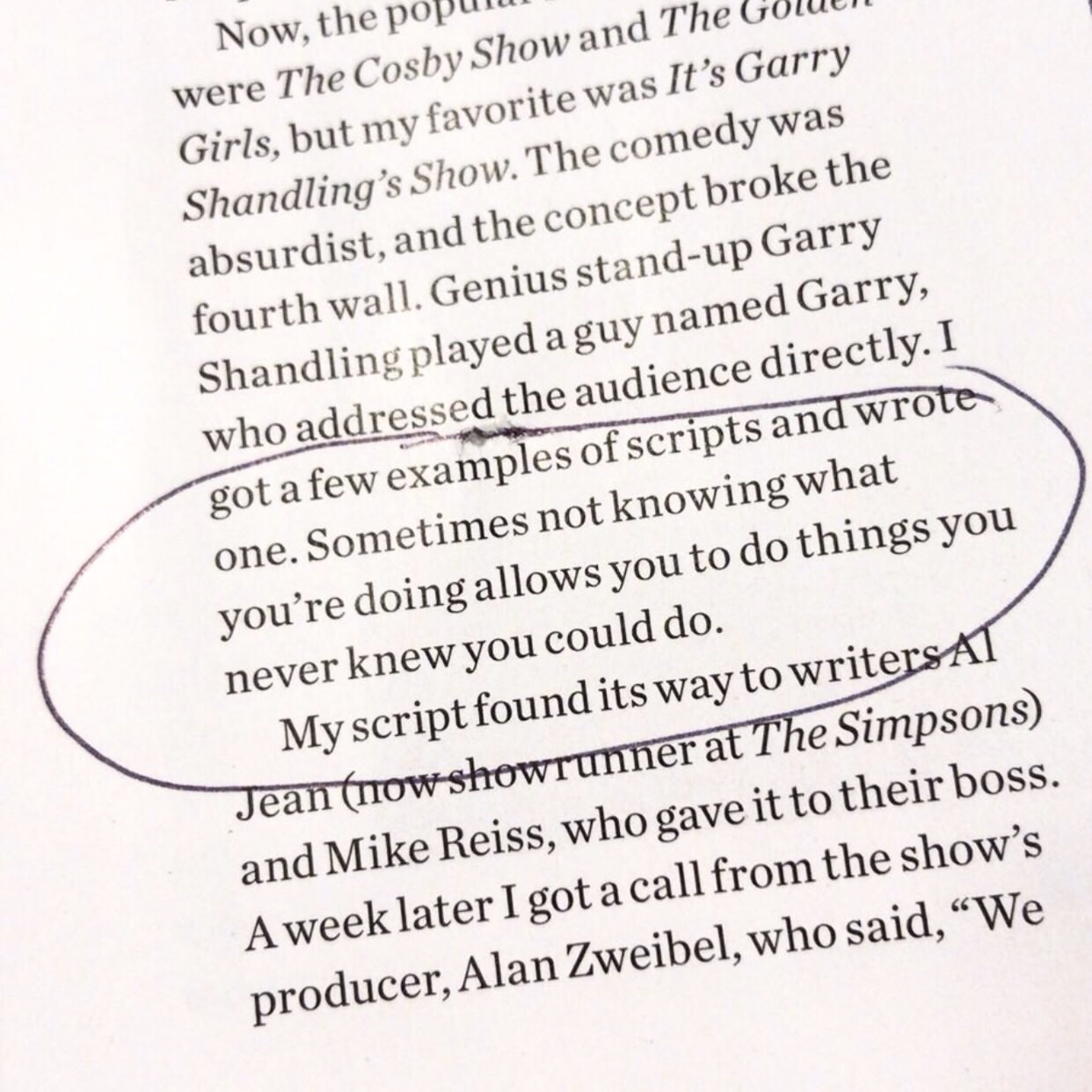 With it being the new year and all, I wanted to share this quote that I stumbled upon the other day. I can’t even remember what magazine I read it in, but it definitely hit home – in a good way:

“Sometimes not knowing what you’re doing allows you to do things you never knew you could do.” 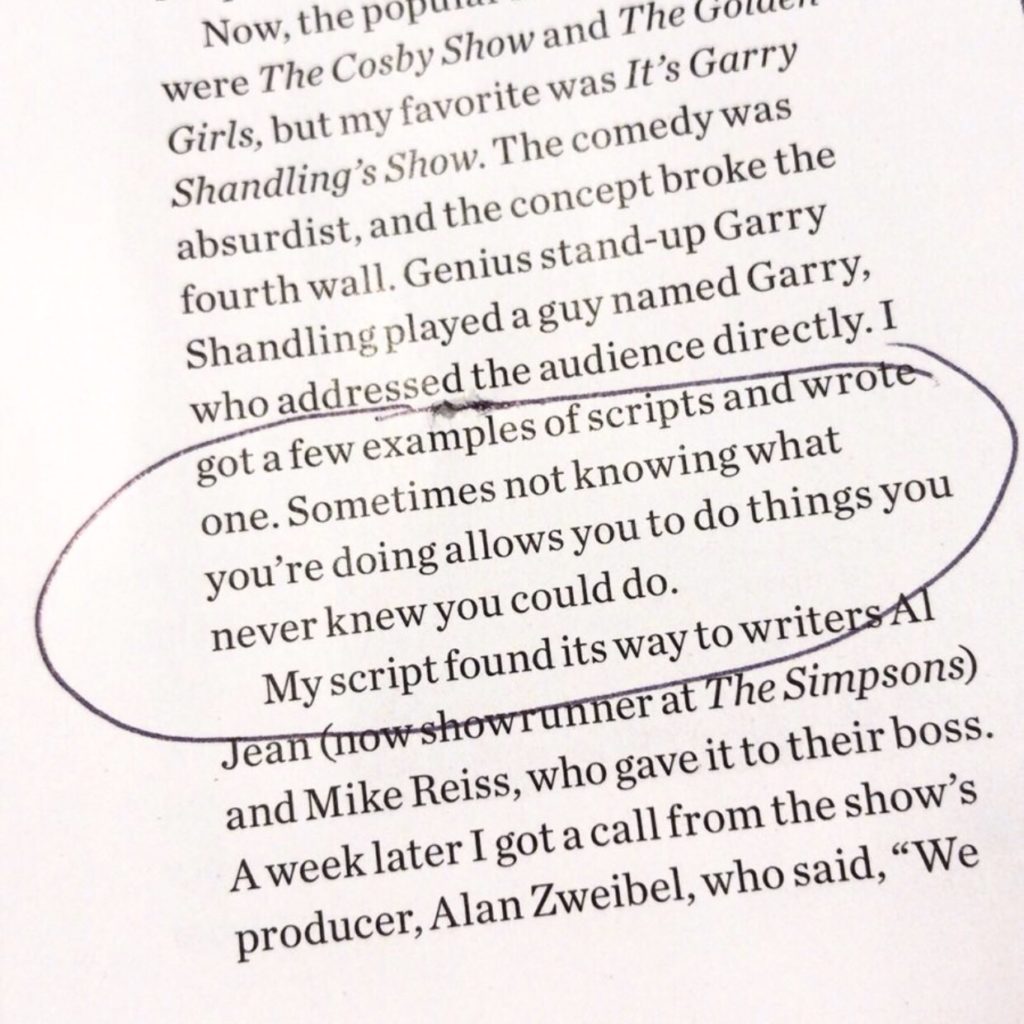 Great quote, right? And it got me reflecting on how I’ve changed, both personally and professionally, in the past year. While I wouldn’t say I’m necessarily a timid person, I am definitely someone who hesitates to jump into things that I’m not experienced in or don’t have the confidence to take on. For example, I used to turn down video and public speaking opportunities all the time – not because I wasn’t interested, but because I was super intimidated and didn’t feel like I was “qualified” to speak to a group. Now, I create videos almost daily because I want to and even have a few speaking engagements lined up for 2019!

What changed? Realizing that I was no longer going to let fear stand in the way of what I truly wanted out of life and just doing it!

While working on getting 2 startups (now 3 with CNC Macro Plans) off the ground, there were plenty of things (like all of it) that I had never done before. The difference was that this time, I didn’t really have a choice. I had to keep plowing ahead despite feeling like I didn’t know what I was doing and just hope that things would fall into place in the end. And you know what? They did fall into place – and more. I can’t even explain how much I’ve learned in the last couple of years. And if I had never forged ahead despite not knowing what I was doing, I would have never learned what I was capable of.

I’m sure that some of you might be in a similar boat: Hesitant to take a leap of faith in your professional or personal lives because you are afraid that you can’t do it. Well, guys, I’m here to tell you that you can – and that often, we are our own worst critics and the block in the road to going after what we really want. That said, below are a few of the lessons I learned along the way about how to not let fear hold you back – because sometimes it’s NOT knowing what you’re doing that allows you to do the things you never thought possible.

Don’t try to stop your fear – acknowledge it

Part of the problem for me has always been trying to push my fear to the back of my mind. Basically, if I’m not thinking about it, it’s not there. This only fueled my anxiety further because I was denying the obvious truth – I was scared! We’re all human, and we will all feel fear when faced with daunting situations – and that’s ok! Instead of trying to pretend like you’re not scared, take a moment to acknowledge that it’s there, and, yes, appreciate it for what you can make it – a fire under your butt to get you moving and make things happen! While I wish I could say differently, I learned the hard way that you have to go through it in order to get over it.

Similarly, no one one likes the feeling that goes along with being pulled out of your comfort zone – myself included. Often times, however, the thing I was fighting the most was the discomfort itself – not the actual task that was making me feel that way. Once I realized what was going on, I said “F it” and embraced it. Yes, it sucked in the beginning, but I learned that I had to push through and move past that initial feeling. In the end, we only make progress by challenging the limits of our comfort zones. We can’t stay stagnant and expect to grow.

You have to start somewhere… so just START!

When I first started DTFN, NHS and CNC Macro Plans, I was sooooo overwhelmed from thinking about the Big Picture and how I would get there. There was so much to do, I was terrified of even making the first step. But when I broke it down and “reverse engineered” a game plan, I realized that if I just set my mind to accomplishing one thing at a time, no matter how small, I could do it. Eventually, all those little tasks added up to something big – and if I hadn’t taken that first tiny leap of faith, I would have never gotten there.

Confidence makes the world go round – and I truly mean that. When I think of some of the people whom I admire and aspire to be like the most, they all have one thing in common – confidence. While some of us may be blessed with self-assurance from the get-go, the rest of us have to work on it (definitely me). And that often includes doing the things that scare us the most.

The more you “just do it” (Nike was definitely on to something), the more confident you will become. In hindsight, I realized that more times than not it wasn’t that I was incapable of doing something – I just lacked confidence in myself. But when I forced myself to take action, I saw what I could do, and the more confident I became. This has now translated into so many other parts of my life as well, and when faced with a situation that I am unsure or afraid of, I remember what I was able to achieve in the past, which often gives me the boost I need to keep going.

So there you have it, friends. No matter where you are in your journey, just remember there will be ups and downs, and even when you feel super confident about something, things may still not turn out the way you’d hoped. That’s part of the challenge of facing your fears. It’s kind of like learning to ride a bike as a kid – you’re terrified the first time, but eventually get the hang of it with a few bumps and bruises along the way. You don’t throw in the towel and give up though – instead, you keep pushing, keep learning, keep trying, and, most of all, you keep facing your fears. You never know what you will find on the other side, so jump in and make it happen!