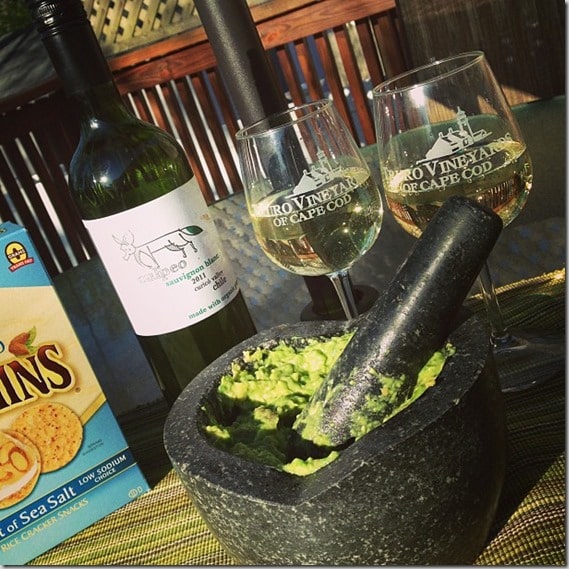 I wasn’t super hungry when I woke up yesterday morning, so I made some green juice and ate some fruit with a scoop of peanut butter. Not surprisingly, just a few hours later, my stomach started to grumble. I planned to go to the noon CrossFit class at my box, so I ate lunch (second breakfast?) around 10:45 to give myself a little time to digest. I reheated some Vegetarian Cottage Pie, which was especially delicious as leftovers. A little while later, I headed to CrossFit. My legs were sore from the previous day, but I didn’t think yesterday’s WOD would be super-duper hard. Boy, was I wrong!

Running with a 14-pound med ball was not fun and incredibly challenging with sore quads. I was running so slow at times and even walked on the last 400. My legs were dead-tired yesterday. On a more positive note, I did all of the Toes-to-Bar! I finished the WOD in 14:55. After CrossFit, I came home and chowed down on trail mix. I finished the bag. A few hours later, Mal and I enjoyed a little happy hour action on our back porch. I made some guacamole and we broke open a bottle of wine. It was such a beautiful evening, we needed to enjoy it to its fullest! Mal and I (and Murphy) sat on the porch for hours chatting about upcoming plans (Mal’s birthday party) and our addition (we’re building up). When it started to get dark, we headed inside. At this point, I was going to make dinner, but I ate so much guacamole, I wasn’t really hungry. Mal agreed that he wasn’t all that hungry either, but made a comment about how I ate most of the guacamole, so he was going to make himself a sandwich. Ha! What can I say, I really like guacamole.

While Mal and I were watching TV, I had a craving for something sweet, specifically a frosted train sugar cookie from my sister’s shower. It was calling my name from inside the kitchen cabinet! After I ate the train cookie, I had a few Vienna Fingers, which were also leftover from my sister’s shower. Clearly, my dinner was the picture of health. Obviously, guacamole, wine, and cookies are “healthy” for the mind and soul, right?