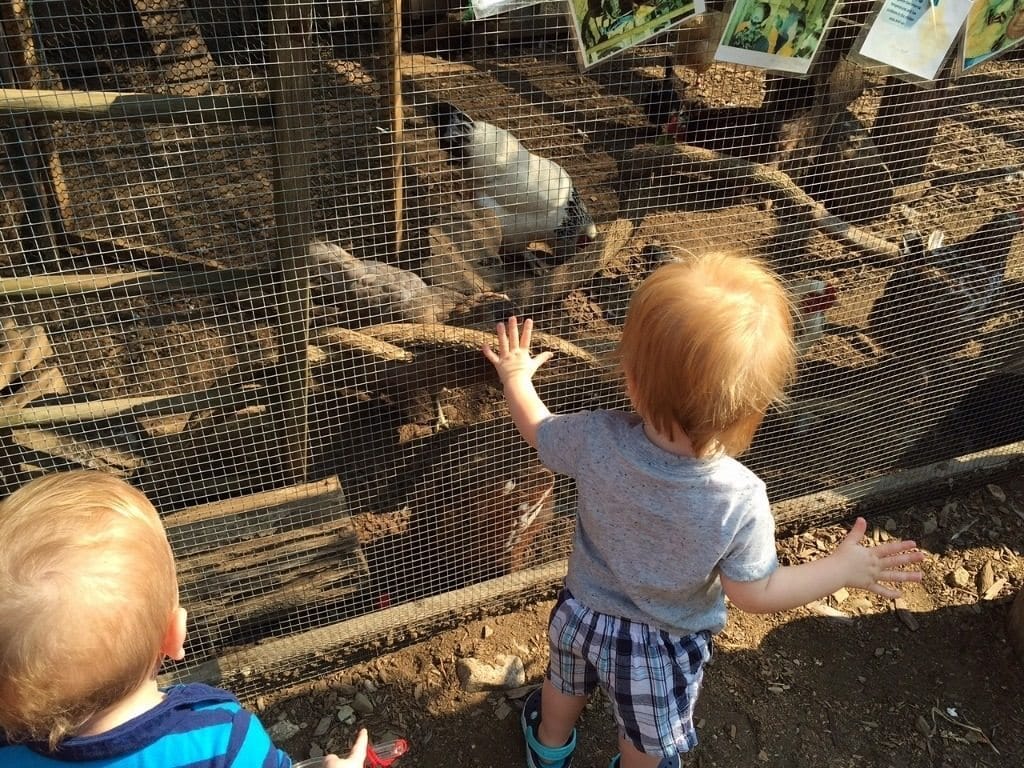 Our day started bright and early at 5:55 AM. Quinn was wide awake and ready to go after a good night’s sleep. (He was exhausted after daycare yesterday, so he went to bed a little earlier than usual last night.) We started our morning like we always do: A “baba” for Quinn and iced coffee for “Mama” on the couch with some cuddle action mixed in. A short while later, Quinn was hungry for breakfast, so I set him up in his chair with Chex + milk (he likes them soggy), strawberries, kiwi, cottage cheese, and some water with a splash of orange juice. He started out great with his breakfast, using a fork for the fruit and his fingers for the Chex and cottage cheese– but then he started throwing his food. Not just dropping it on the floor, but throwing it across the kitchen island. Hey, now. I’ve read all sorts of advice about food throwing, but we’re not having much luck. Maybe he’s too young to understand? We put Murphy behind a baby gate in the den when we feed Quinn, so that kind of helps because he’s not tossing food to the dog. And once Quinn starts throwing his food, we usually take over and feed him ourselves, which keeps the kitchen much cleaner, but it doesn’t give him the chance to practice feeding himself. Help! Moms, any advice to stop the food throwing nonsense? After breakfast, we took Murphy for a walk around the neighborhood. And then we read a million books. (The photo below is like a 1/4 of the books we read this morning!) Quinn also chased Murphy around the house with his learning walker. As you can see, they were both having a blast! Haha! After that, we got ourselves ready to meet some friends at the South Shore Natural Science Center. I subscribe to the Macaroni Kid South Shore newsletter and saw an event for a guided nature walk this morning, so I invited my friend Jenn and her son to check it out with Quinn and me. Quinn and I arrived a little early, so we explored the indoor “Ecozone,” which had all sorts of exhibits and aquariums with turtles, frogs, and other tiny animals. It also had a tunnel for making LOUD NOISES inside! #maniac The nature tour kicked off around 10:45 AM and lasted about an hour. The first stop was saying “good morning” to the chickens! Cluck, cluck! The kids also had the opportunity to feed them lettuce, which sent the birds scampering around the coop. Quinn was a huge fan of the chickens and lingered long after the group headed into the woods. The rest of the tour was a leisurely guided walk through the nearby trails with stops to explore trees, insects, and other interesting parts of nature. I’m so glad we went! It was a fun way to spend the morning! Moms, do you have any advice for me? The food throwing drives me nuts!