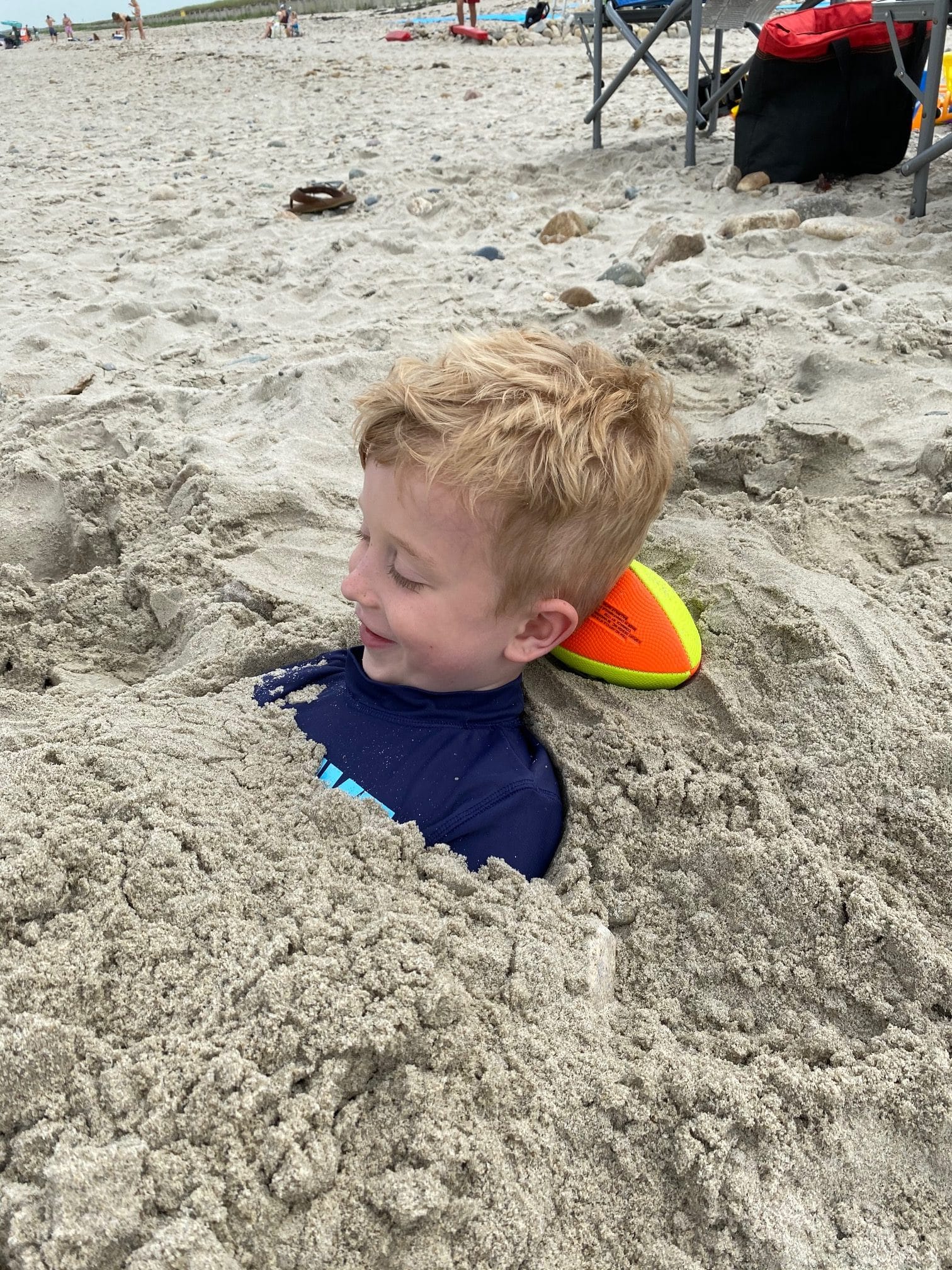 Our “baby” turned 6 years old yesterday… and, my gosh, we’ve celebrated! Let’s just say Quinn has had quite the birthday celebration! I mean, you only turn 6 once, right? 🙂

The celebrations started last Saturday with an early birthday present – Dueling Stomp Rockets! We planned a small “water party” with a few kids from the neighborhood, so we figured it would be a fun toy to play with. 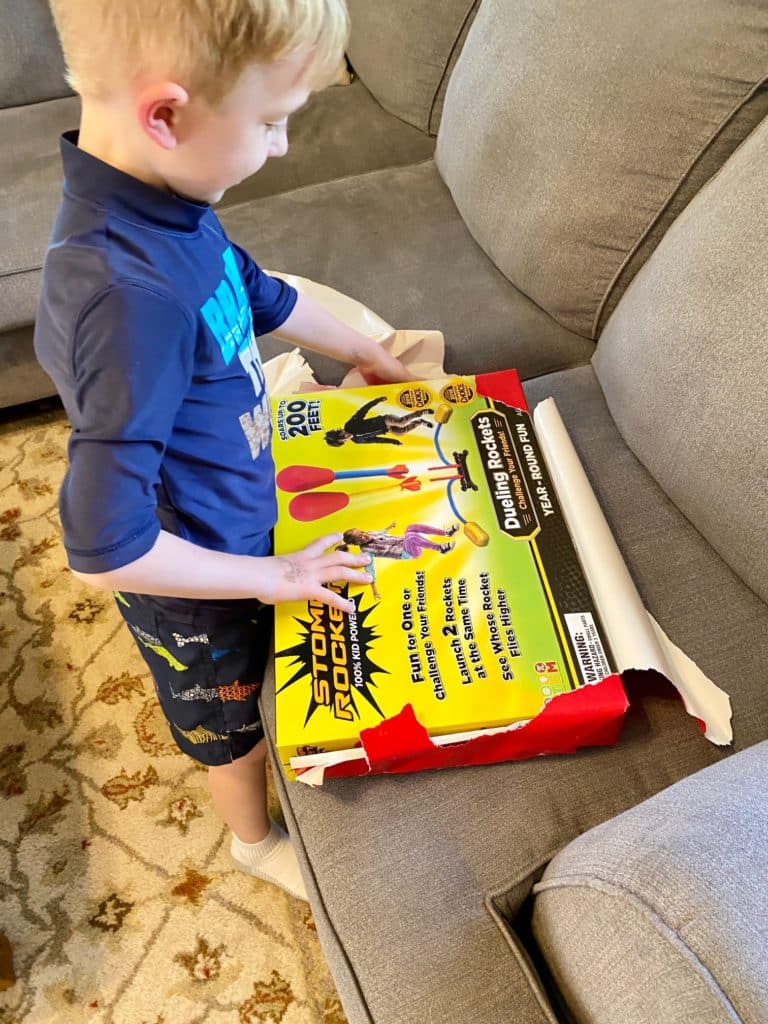 The Dueling Stomp Rockets and the water play were big hits! We had 100 water balloons and bought a variety of squirt guns, and the kids had an absolute blast… and it was a great way to keep social distancing in mind! 🙂 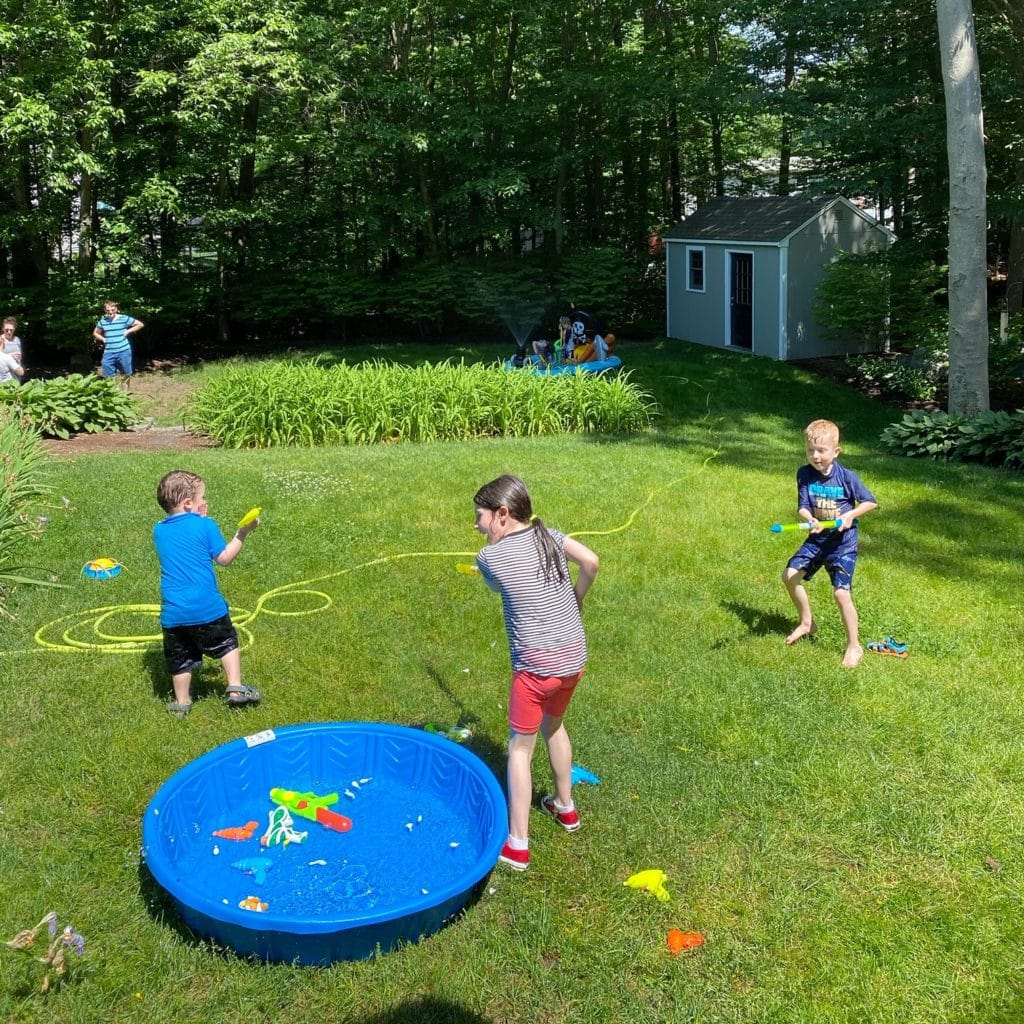 We kept things simple with Funfetti cupcakes. We made Quinn a special “cake” out of the cupcakes with candles, so he could blow them out without spreading any germs to his friends. 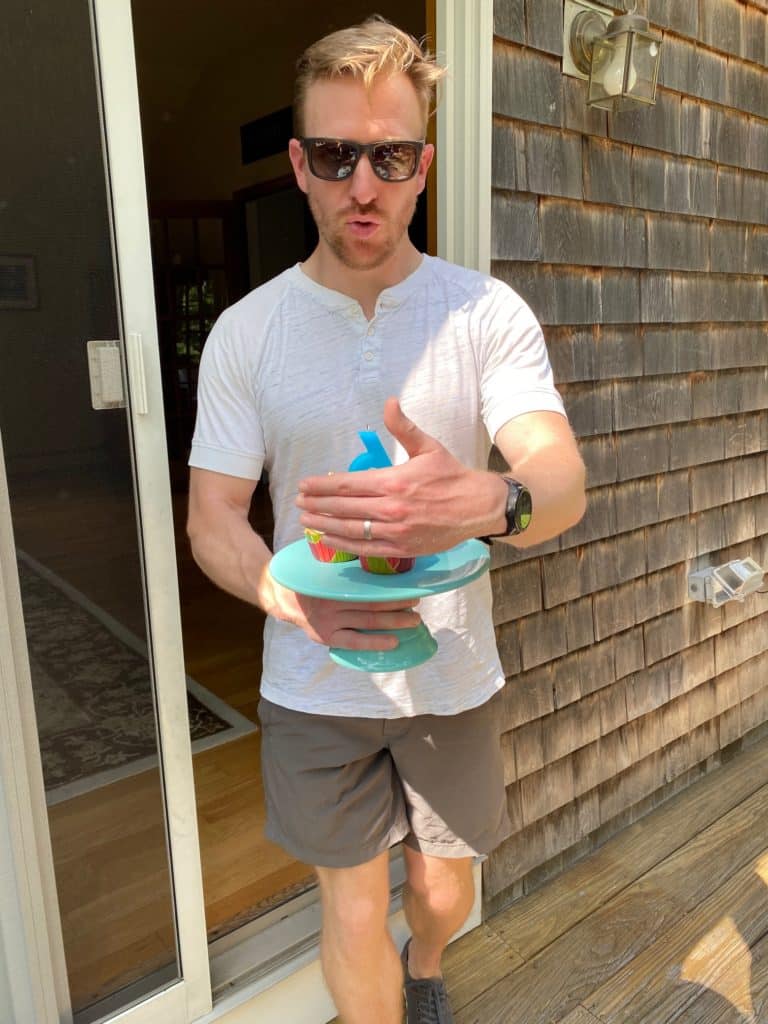 Quinn and his friends loved the video game toppers! 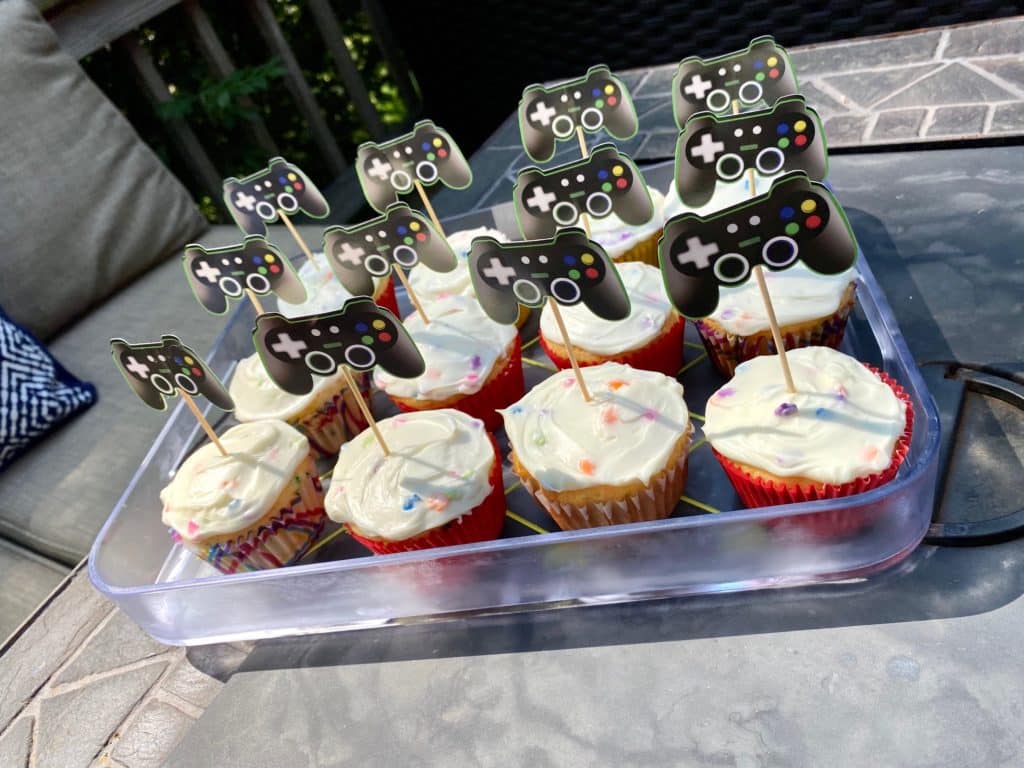 Quinn’s actual birthday (yesterday, June 9th) started with more presents. He is one lucky kid! 🙂 Quinn absolutely loved the Chia Pet he received. He’s obsessed with turtles, and he’s been lovvvving our patio garden. He waters the plants everyday and loves seeing them grow (he almost brags about them!), so a chia turtle planter was perfect for adding to the mix! 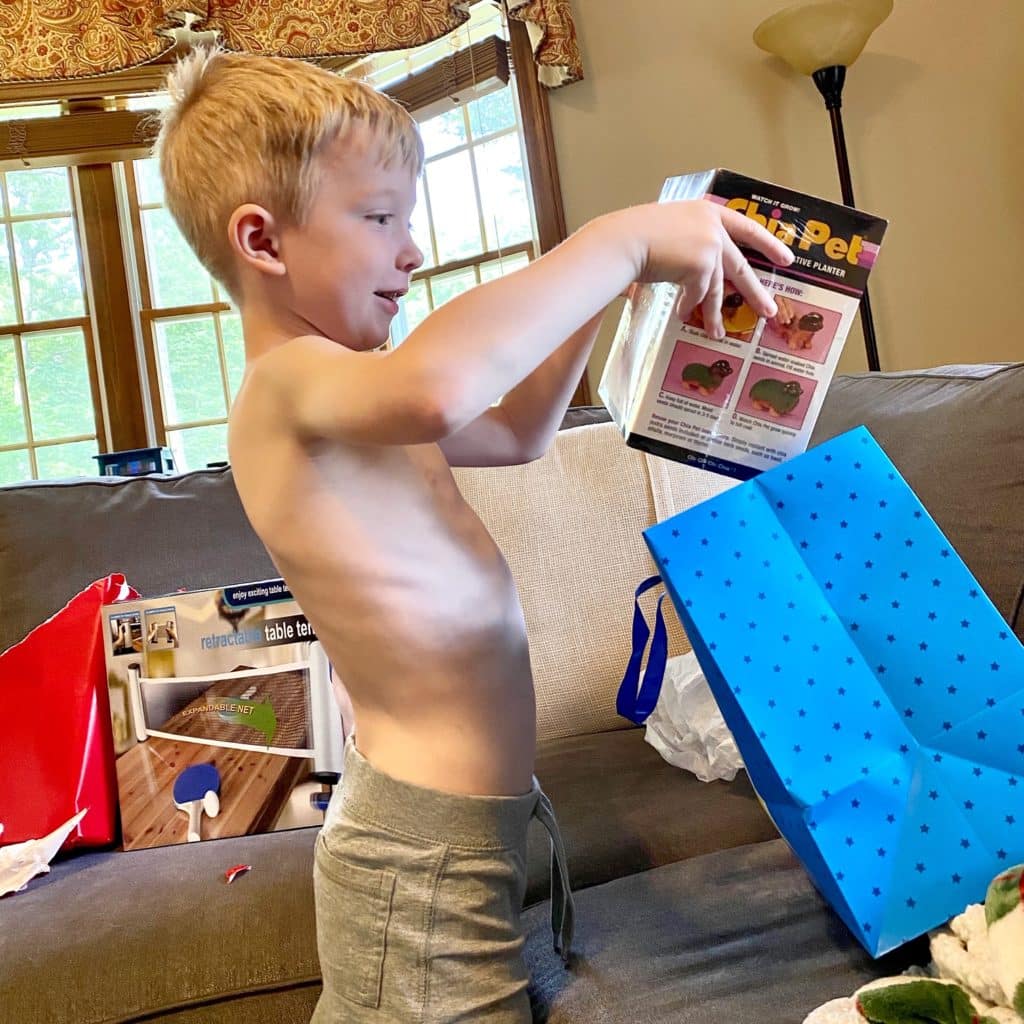 Quinn also received a portable ping pong set, which I *think* was just as much for him as it was Mal. Haha! 😉 Either way, we played a lot of ping pong yesterday! 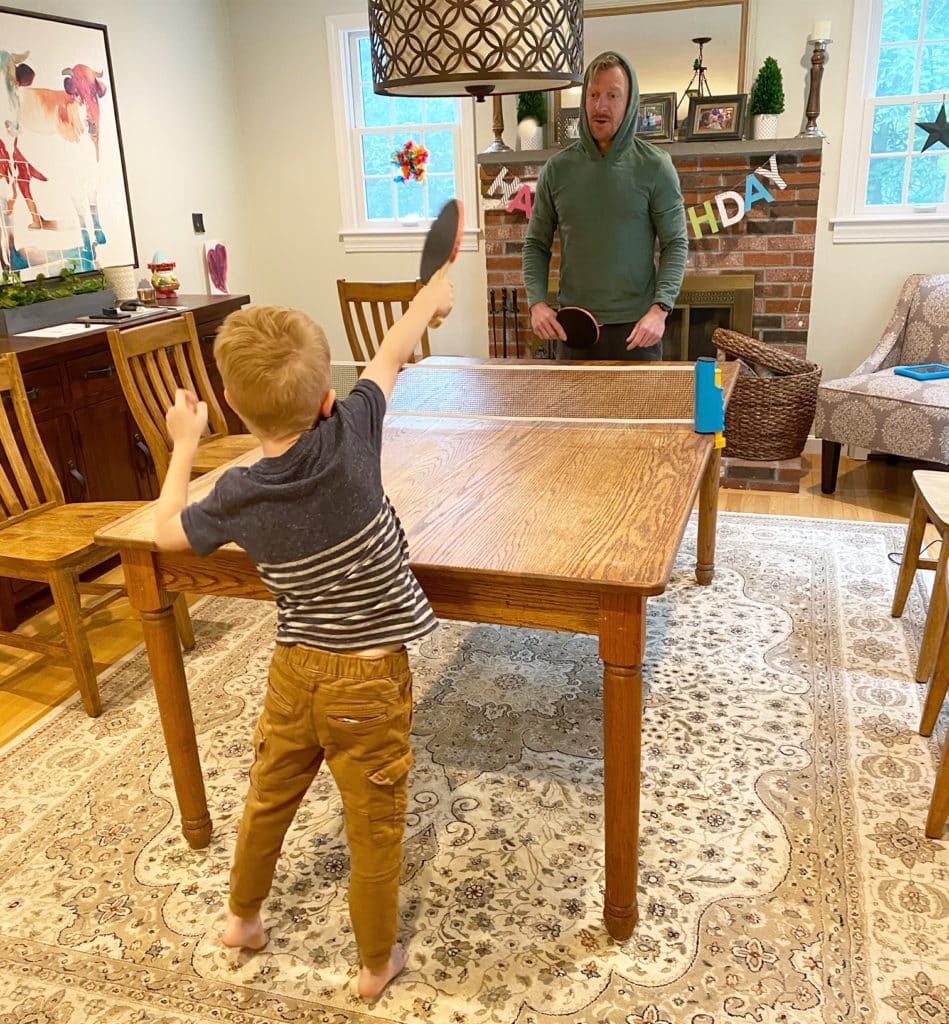 And, of course, we obliged. #onlychild 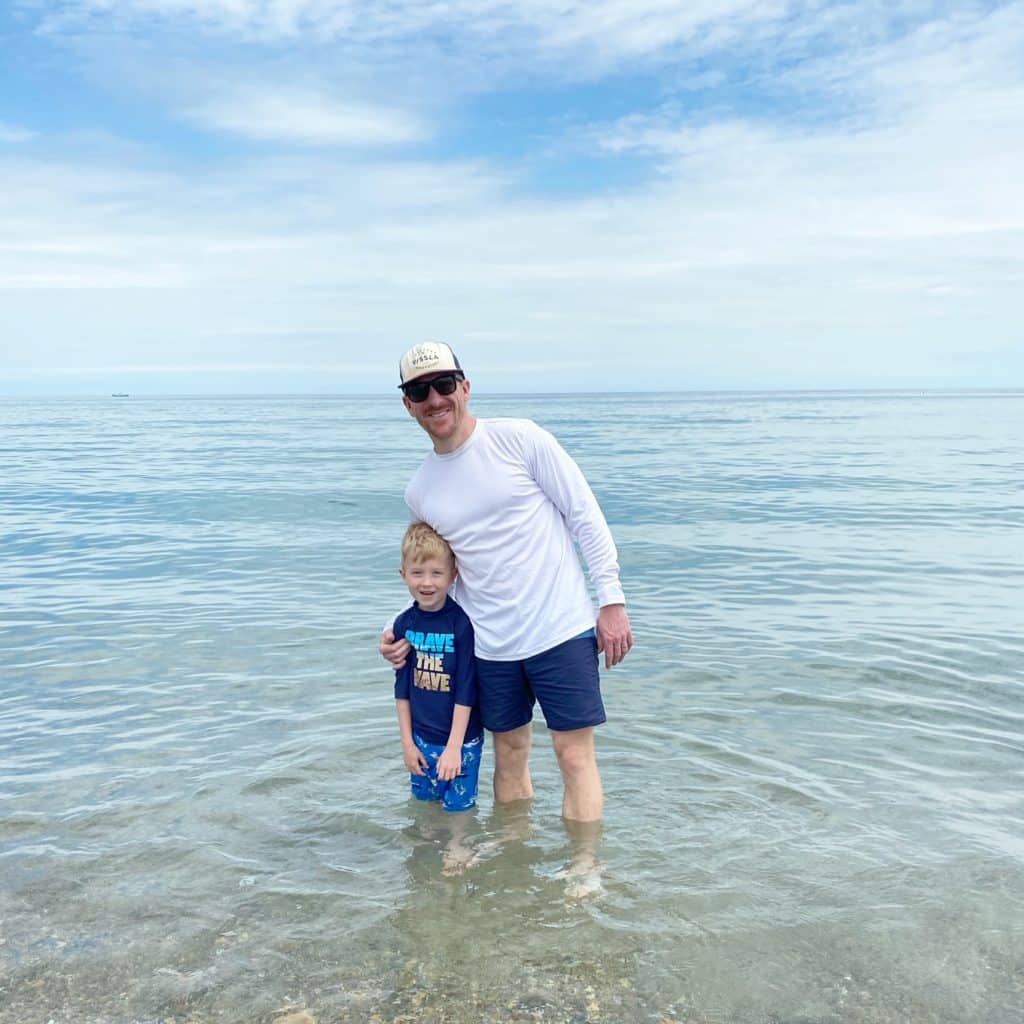 Mid-morning, we headed down to Duxbury and had an awesome beach day as a family. 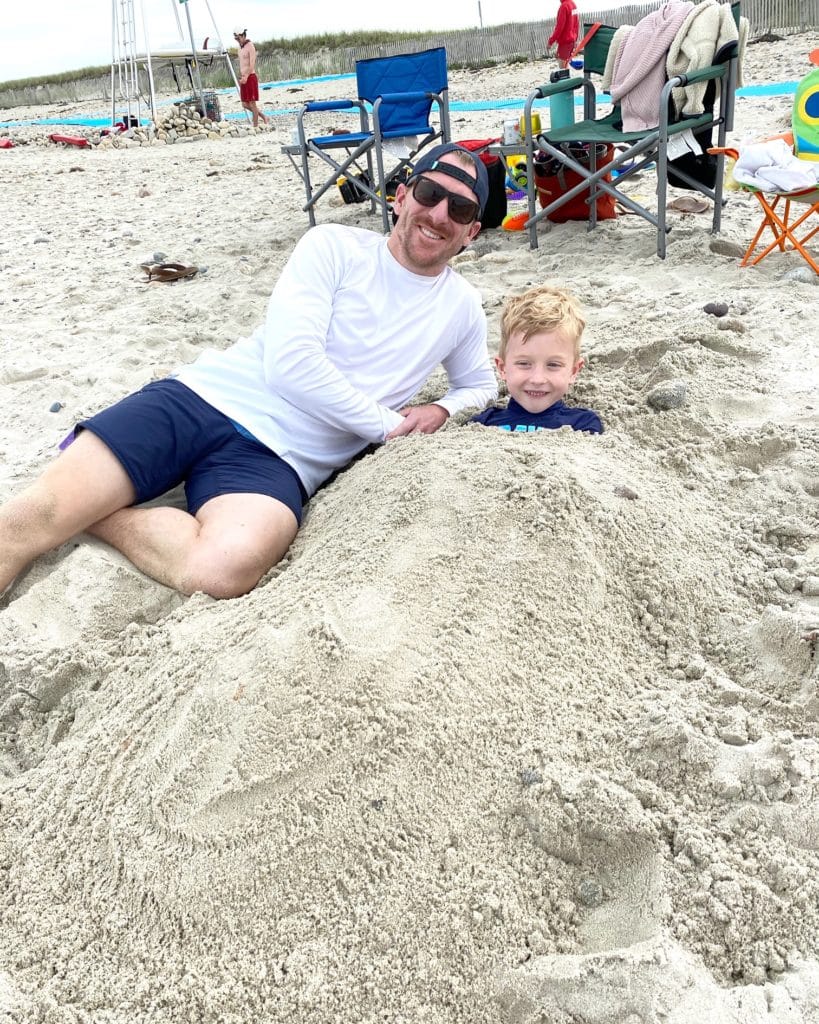 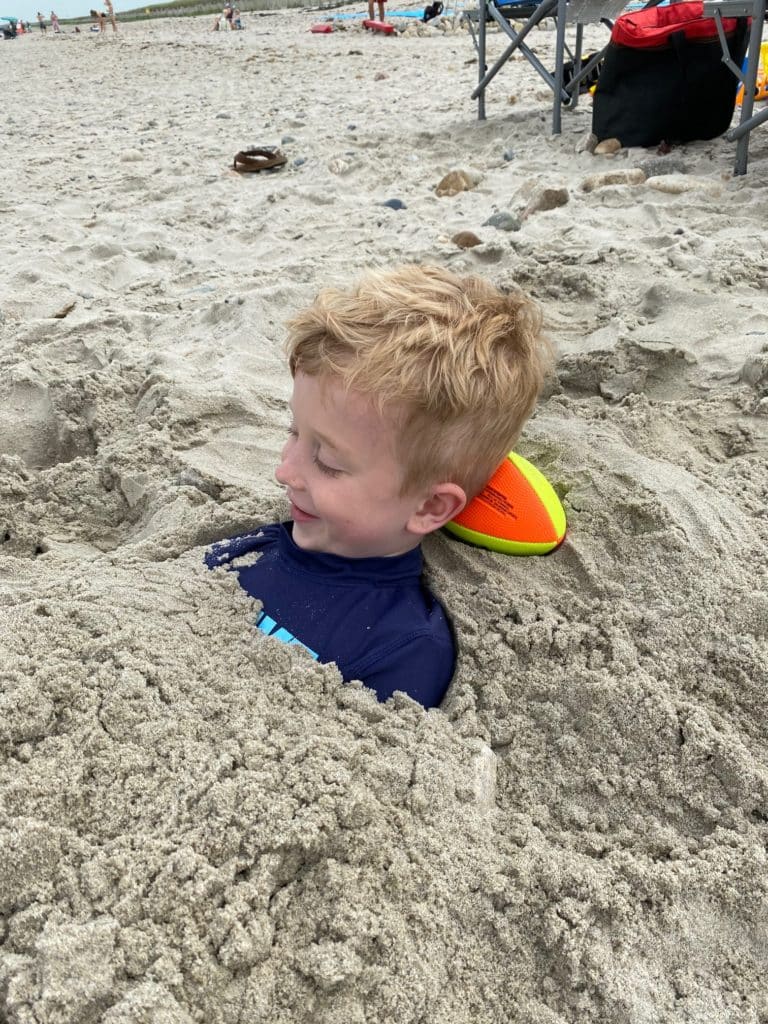 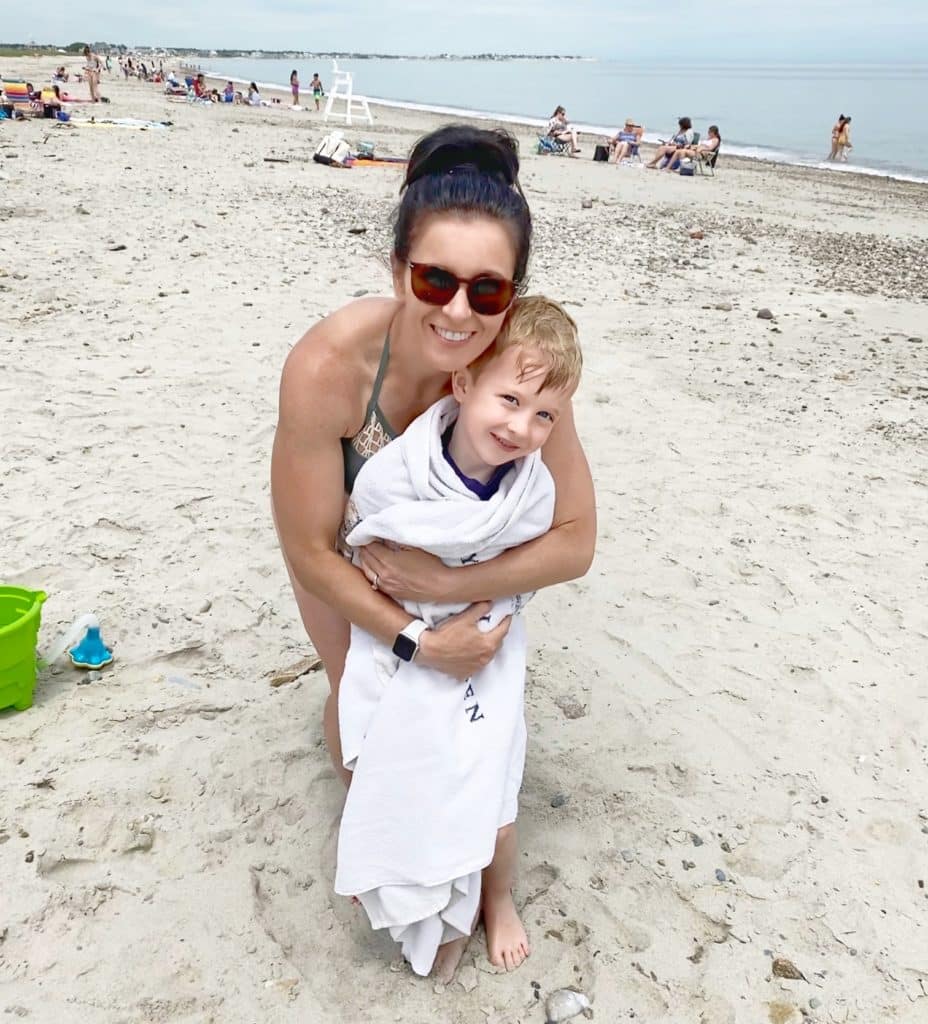 After the beach, we stopped home real quick to walk Murphy. A present from Grandma arrived in the mail, so I grabbed it and brought it with us to Trident Galley & Raw Bar, which was the next stop on our birthday adventures. Trident just opened its patio the day before, and it’s one of our favorite places to dine out. Anddddd they have oysters, which are Quinn’s favorite! 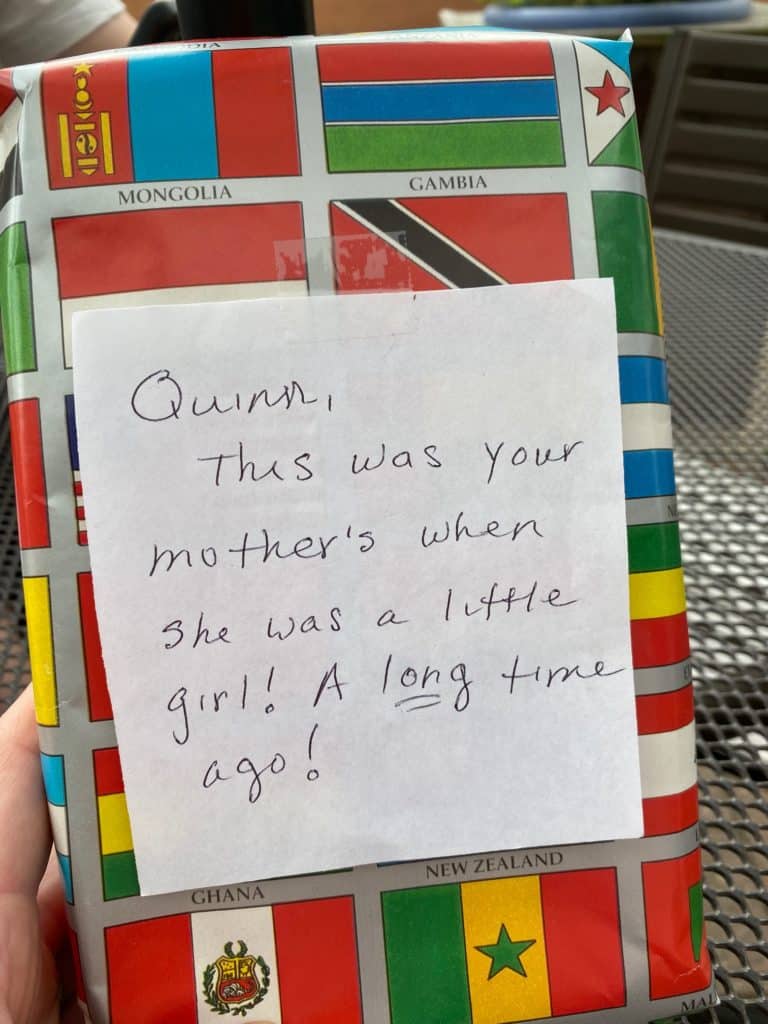 The gift from Grandma was my old set of fuse beads (trays) as well as a brand new set with tons of beads. Quinn was psyched! And, of course, oysters were on the menu for our favorite 6-year-old. 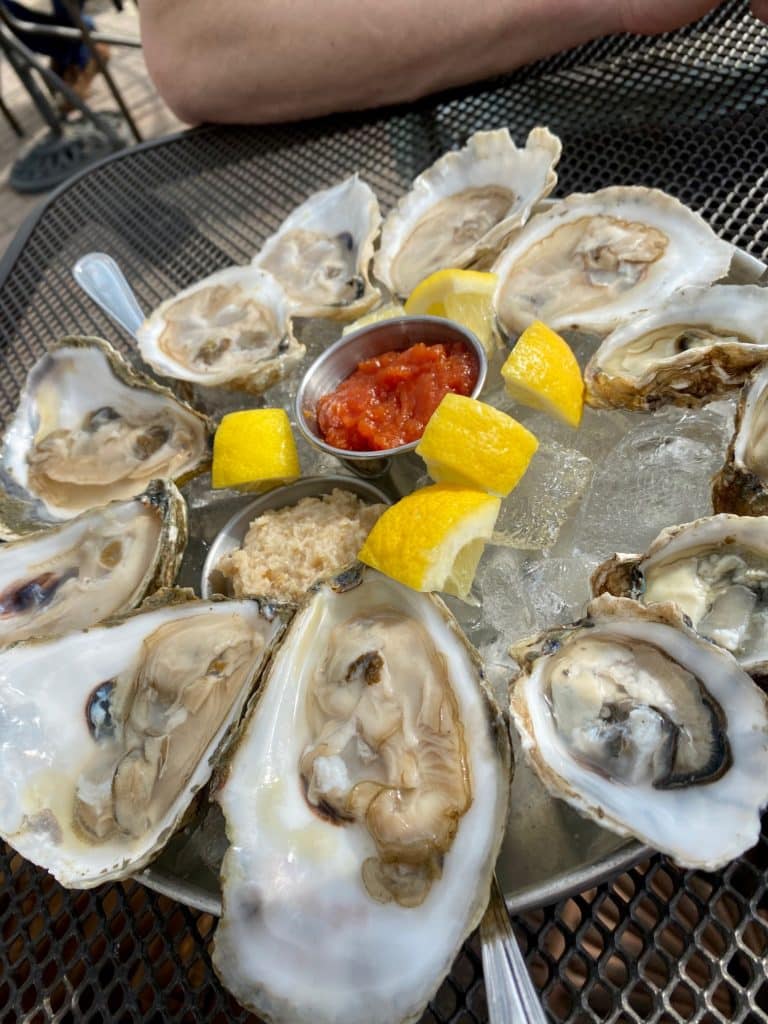 I think Quinn might have eaten 10 by himself. The kid won’t eat chicken fingers or hotdogs, but he’ll crush oysters like its his job! 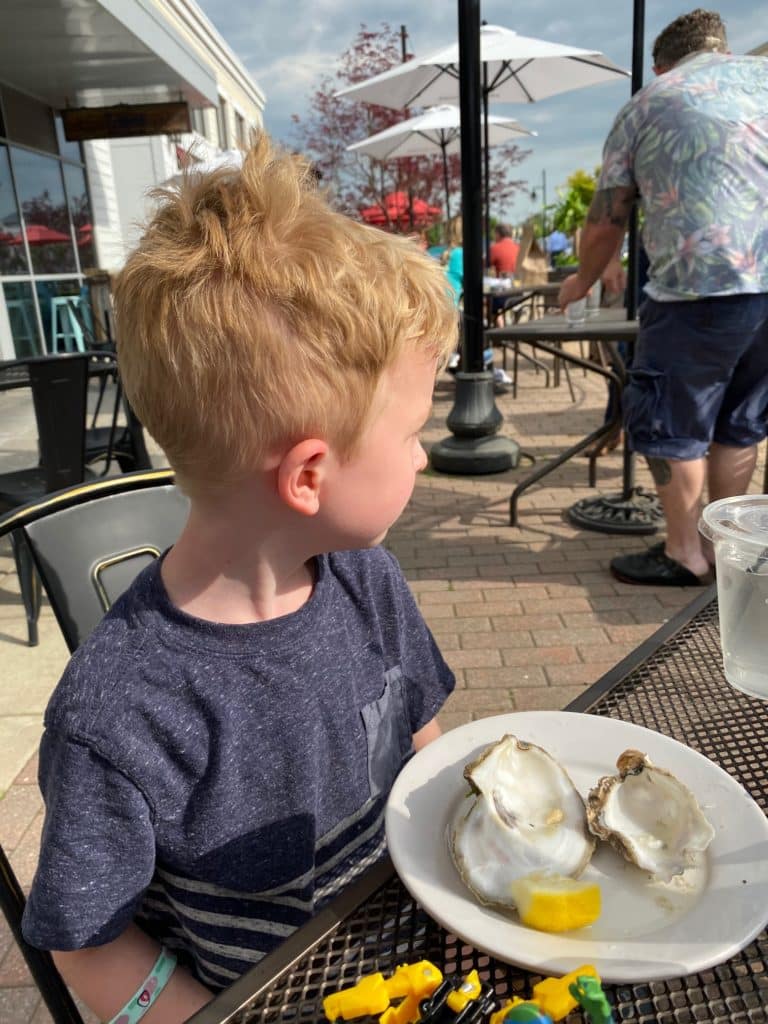 It was quite the day of birthday celebrations, and I’m so glad we had the chance to celebrate together and spoil Quinn a bit. He’s really the best kid. 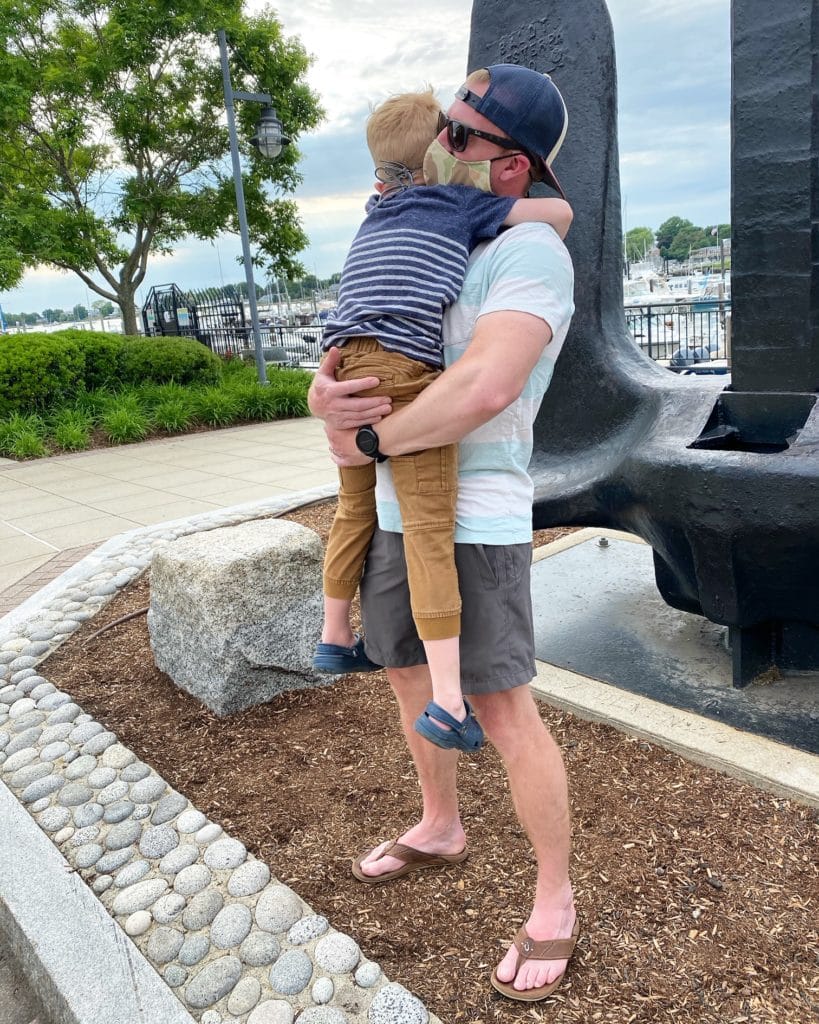