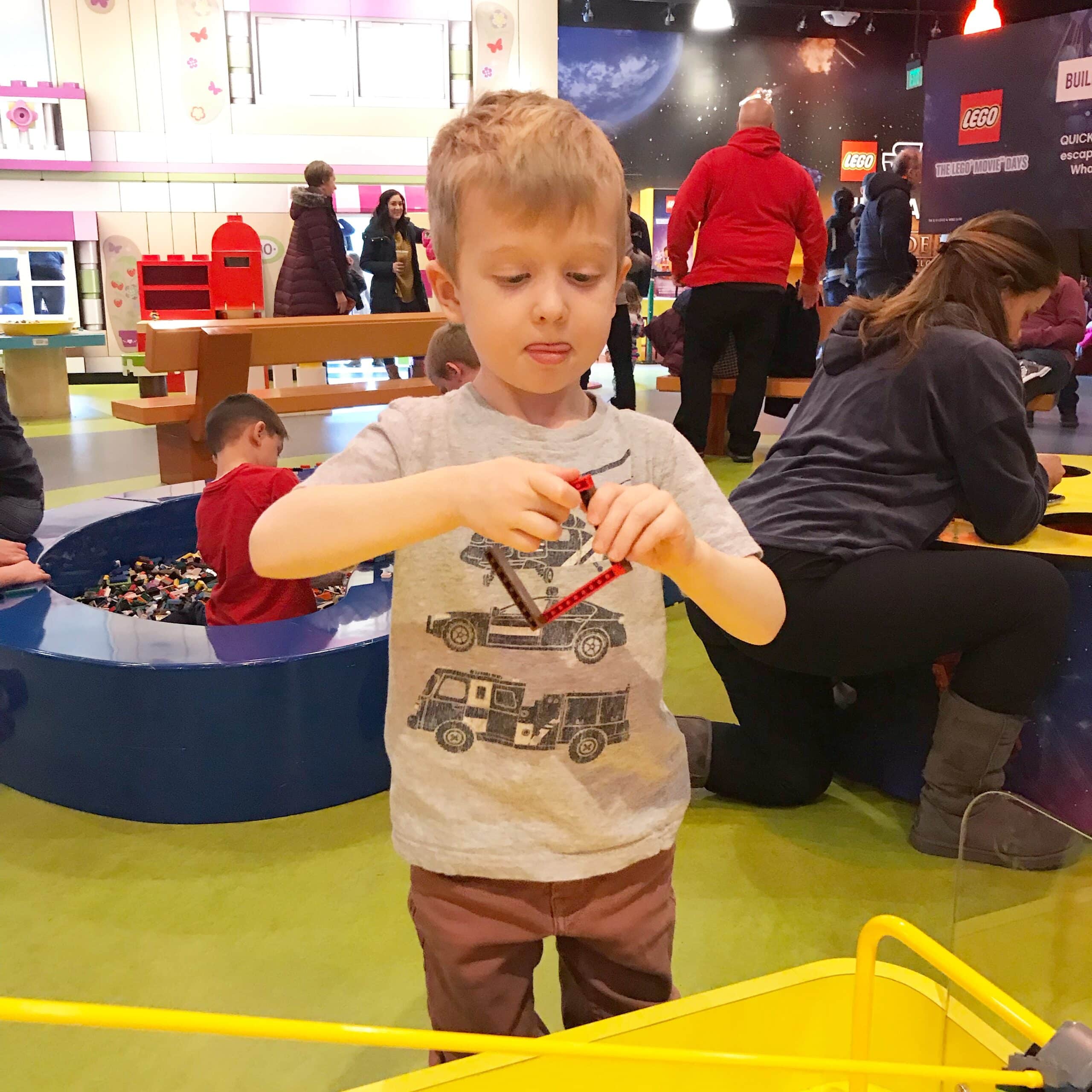 It snowed on Sunday night, so we woke up to about a half foot of snow yesterday morning. It was nice and fluffy and perfect for making snow balls. Quinn got a snowball-maker for Christmas, so he was psyched to finally use it! (It worked great!) He was wearing his snowsuit and Cubbies shirt and out the door in no time! 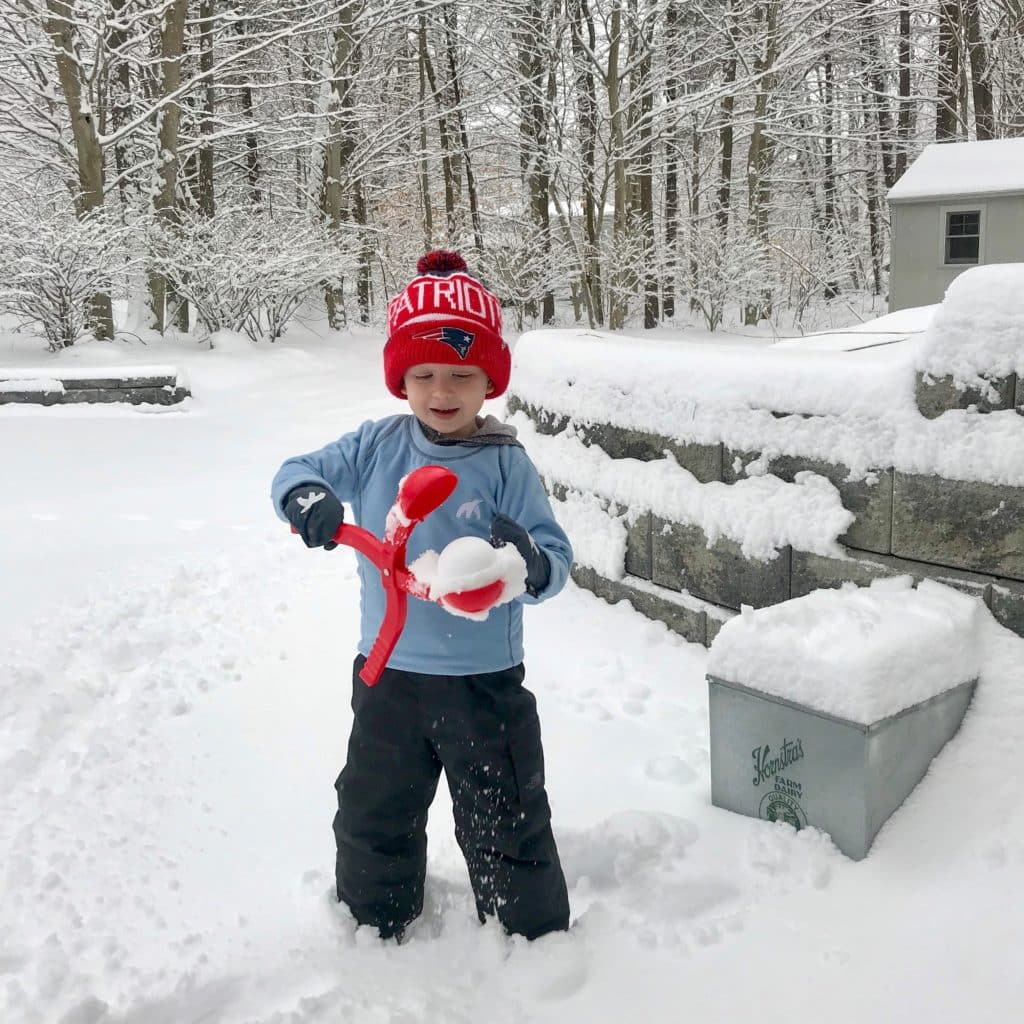 Playing in the snow only lasted about an hour before we needed to hit the road to drive up to Legoland. We had purchased tickets a few days prior, but Mal and I hadn’t yet told Quinn, so it was a fun surprise for him – and us! 🙂 Quinn lovvvveees Legoland!

How do you buy Legoland Boston tickets?

We actually looked for Legoland Boston coupons online, but we didn’t have much luck. The ones I found on Groupon were the exact same price as the Legoland Boston tickets online (Online Saver Ticket), so I bought those instead. When we arrived, I had the tickets queued up and ready to go on my iPhone, which I thought would get us right in since there were people waiting in line for walk-up and will call tickets. Unfortunately, even though we had already bought tickets we still had to wait in (a long) line. If we had printed our pre-purchased tickets, we could have gotten in faster, which seemed a little backwards since the printed tickets could be scanned but not the electronic ones. Obviously, none of this is a big deal; I just wanted to give you the heads up if you decide to visit. Be sure to purchase your tickets online and then print them for the most affordable option and shortest wait in line.

Quinn had an absolute blast at Legoland, and we were excited to see some new exhibits and activities, including a Starbucks inside. You guys know how much Mal and I love our iced coffee! 🙂 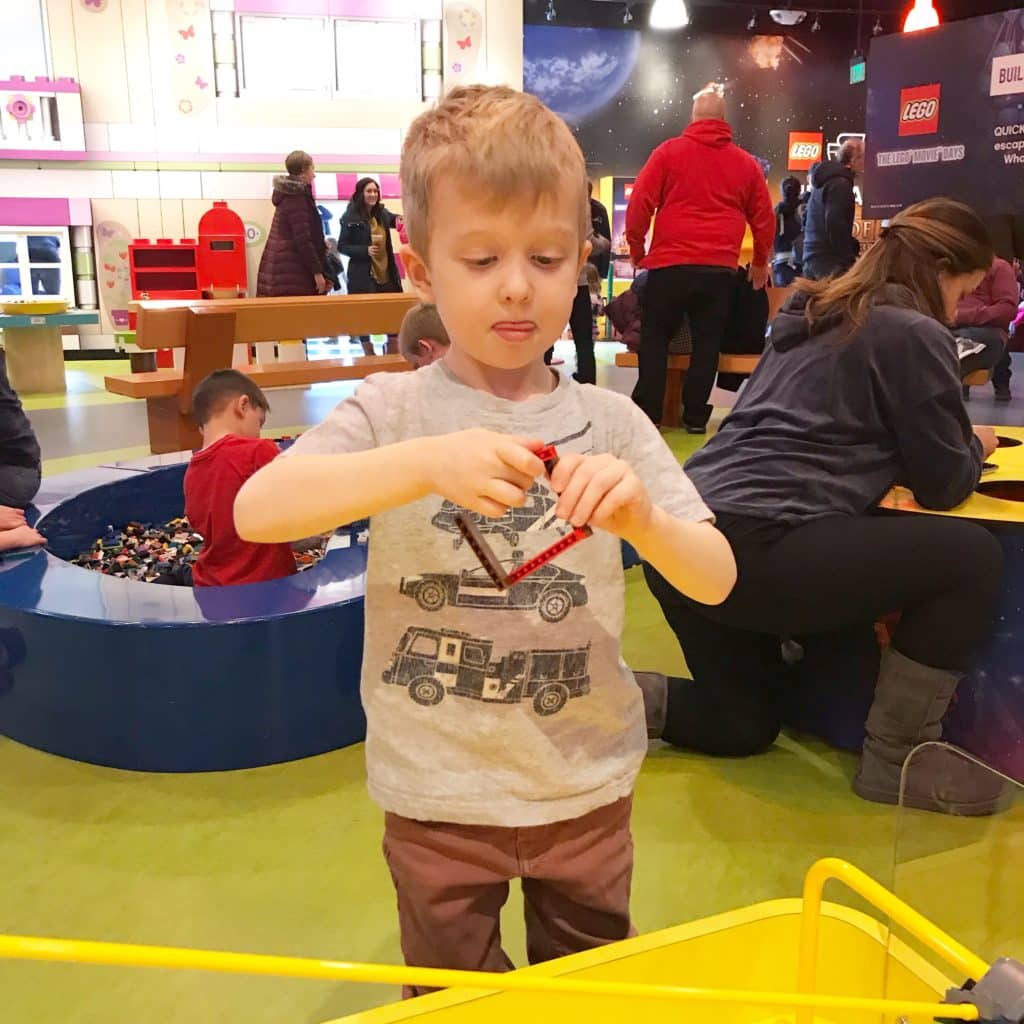 What restaurants are near Legoland Boston?

After Legoland, we headed straight out the front door and stumbled upon Earls, which was a short 5 minute walk away. We had lunch there, and it was quite the awesome dining experience. We had never visited before, but we’ll definitely dine there again in the future. According to Quinn, Earls is “a little bit fancy,” but totally kid-friendly at the same time. The kid’s menu didn’t have a ton of options, but the food was great – and, hey, the French fries were A+! 🙂 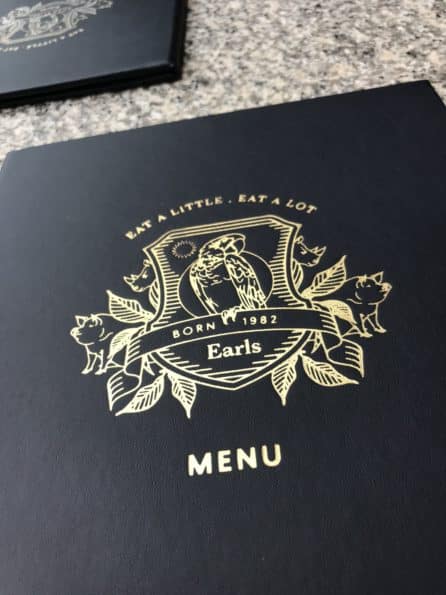 Cheers to National Drink Wine Day! Obviously, I had to celebrate! 🙂 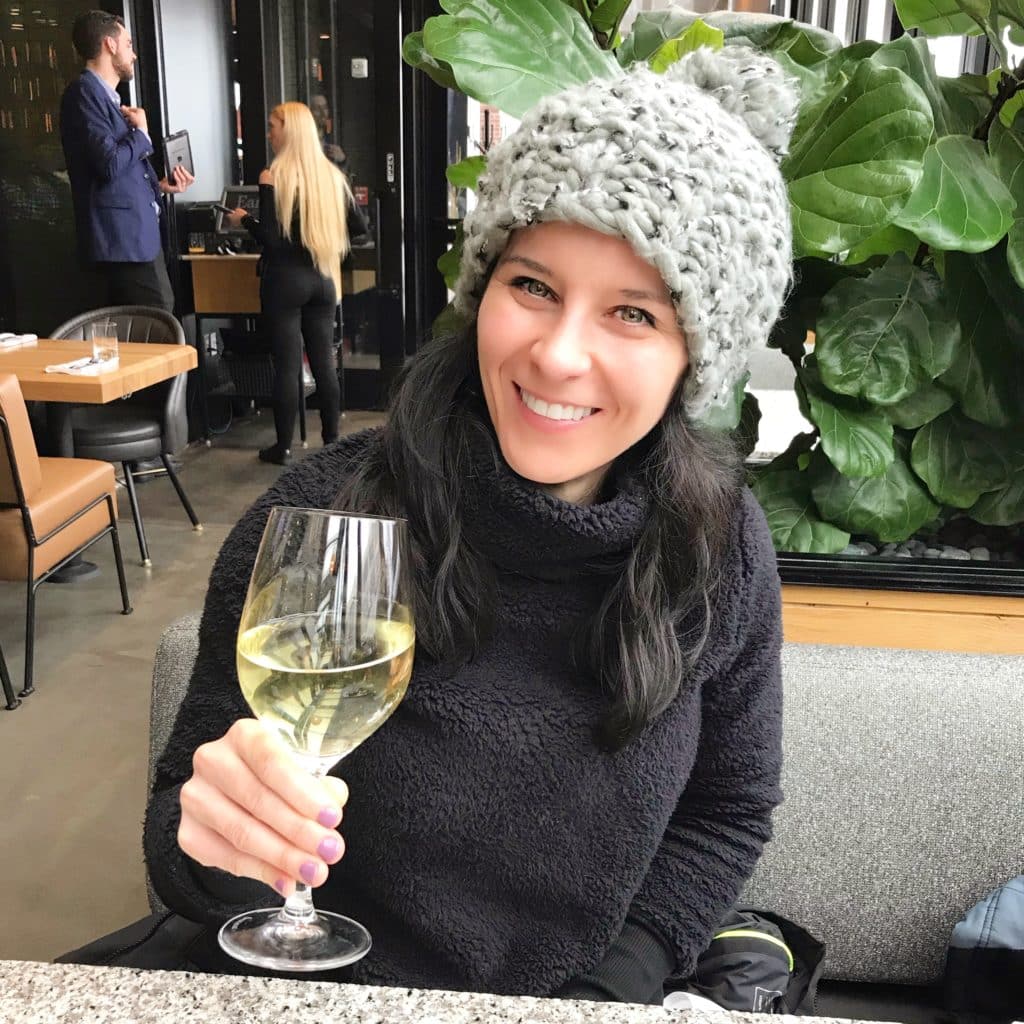 I ordered the chicken burger with a side of truffle fries for lunch – it was so delicious!! 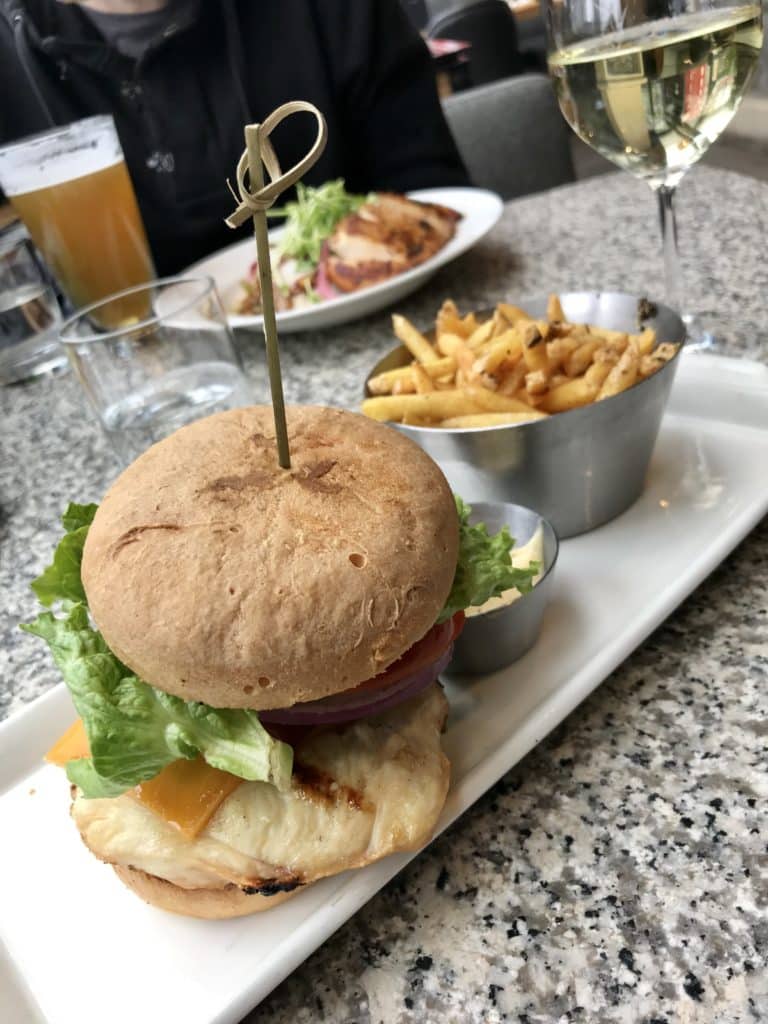 And we shared Sticky Toffee Chocolate Pudding for dessert, which was, of course, incredible! Holy yum! 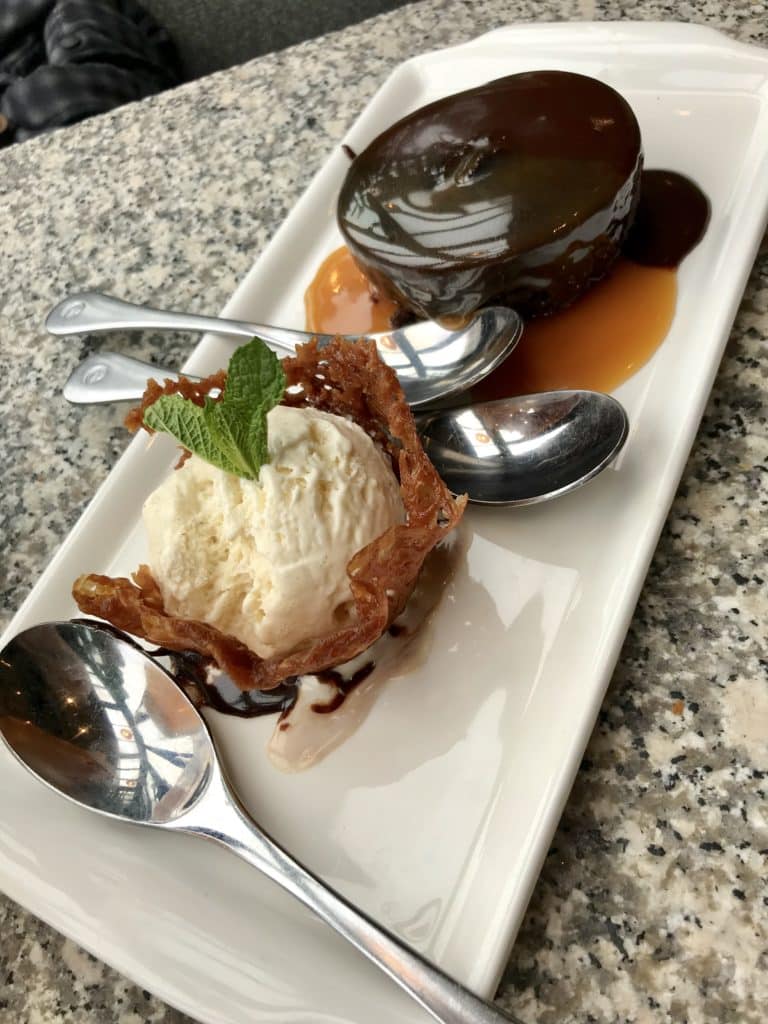 We ended up having a great time (with lots of laughs!!) at lunch! 🙂 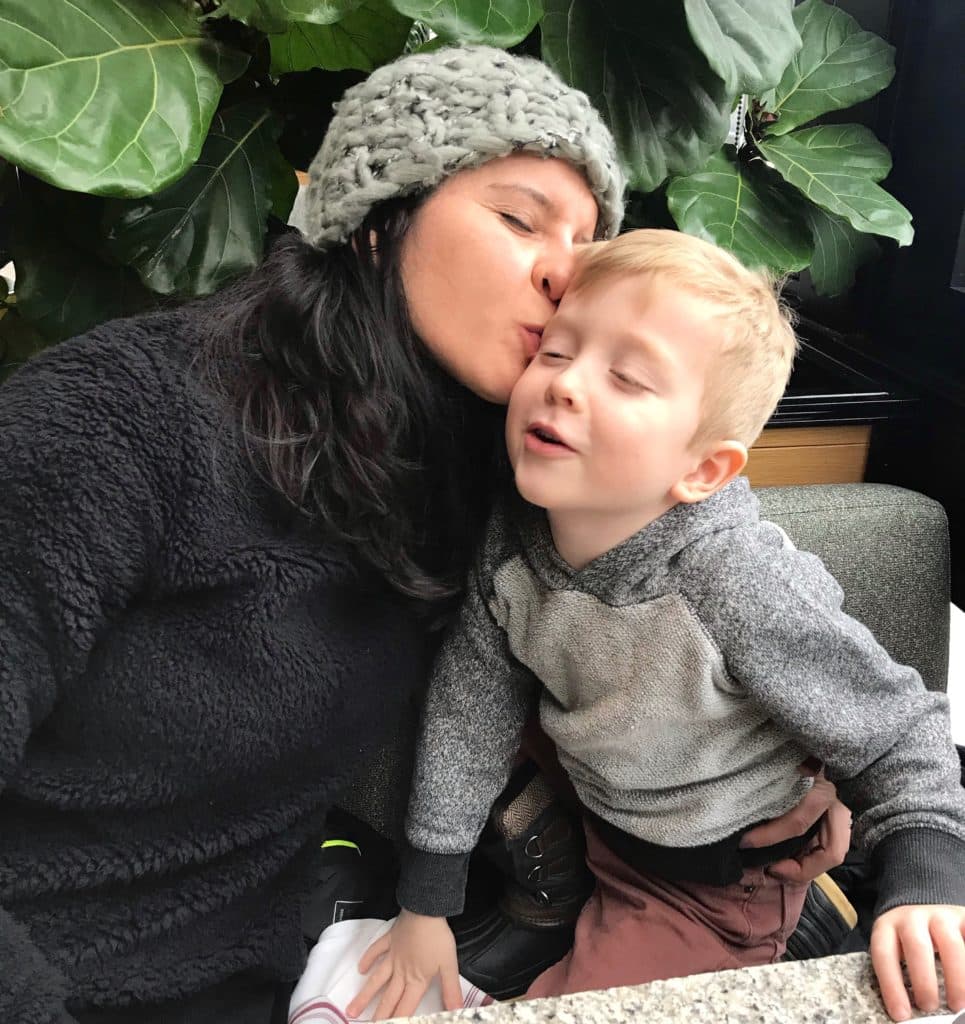 These two were laughing at a hamburger AR sticker, which was apparently right next to me! 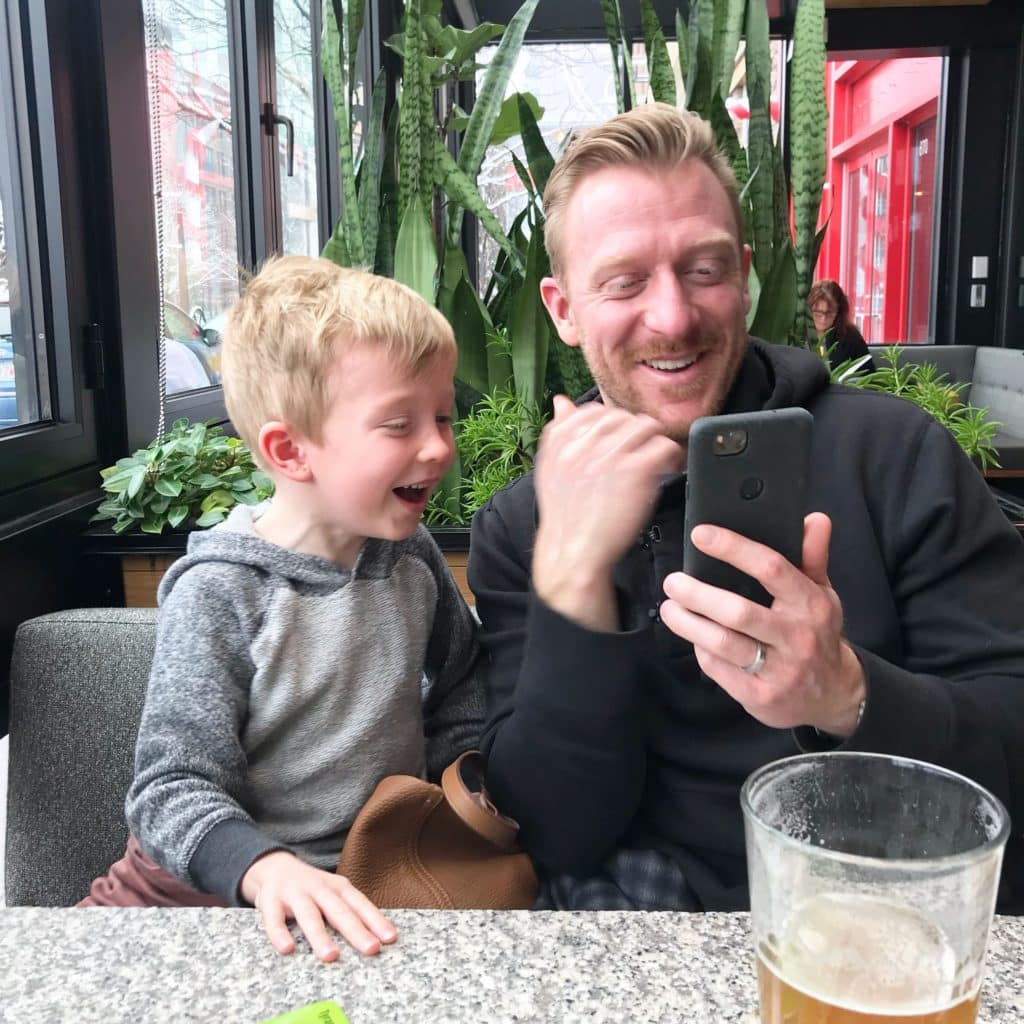 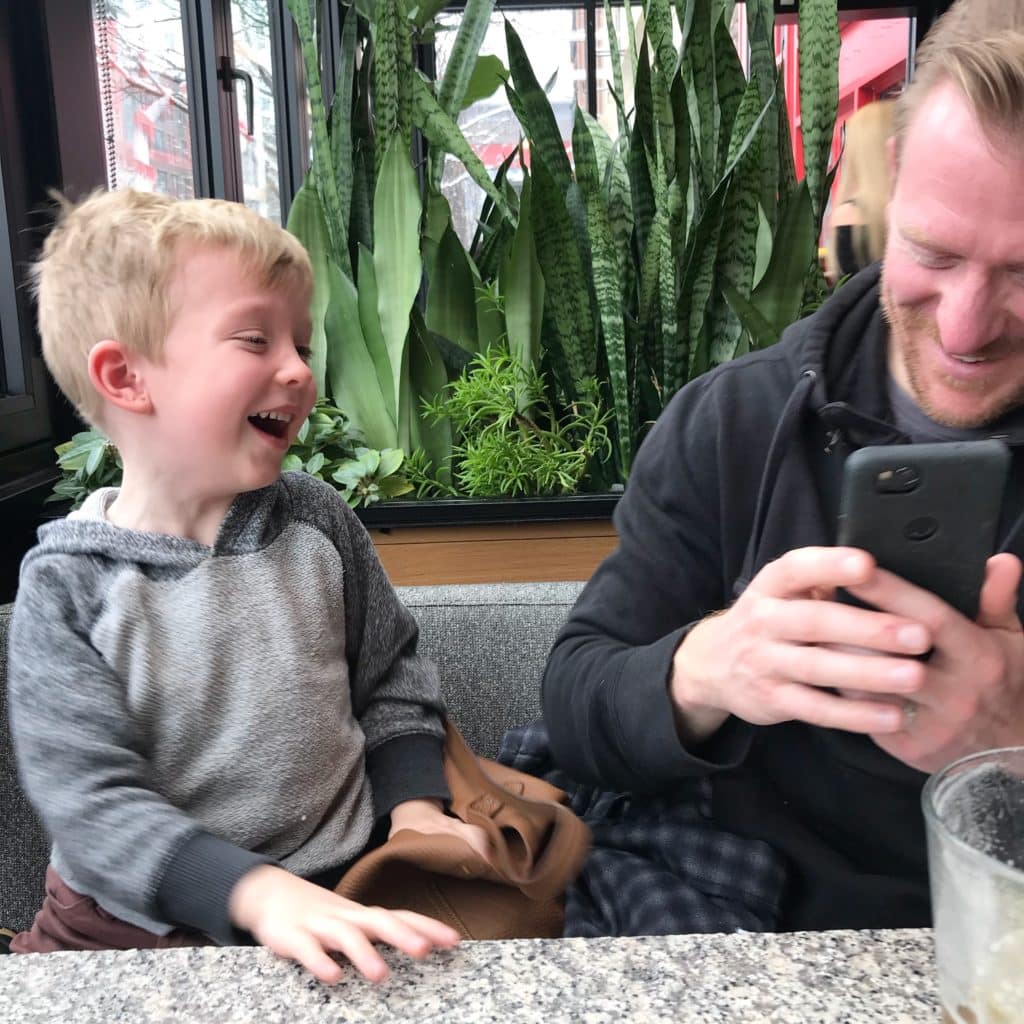 Have you ever been to a Legoland or an Earls restaurant?