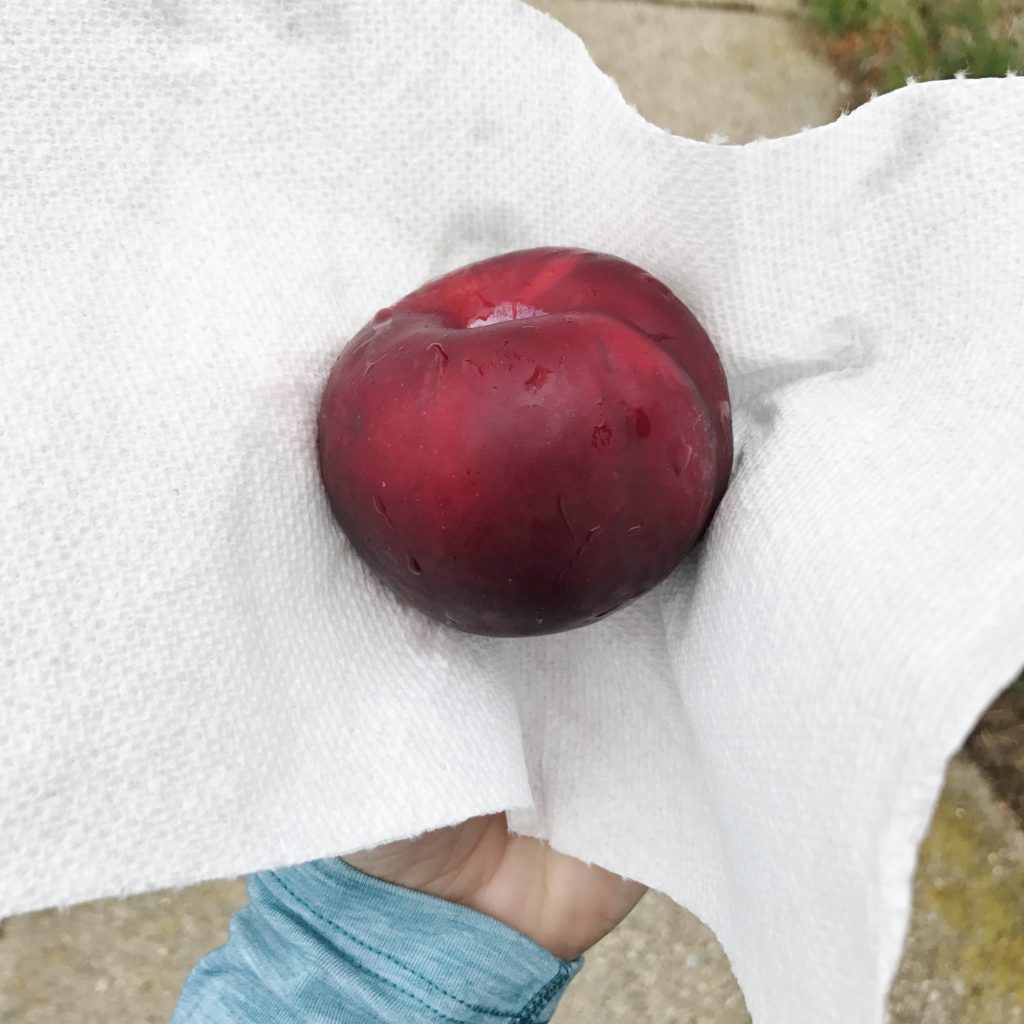 I’ve wanted to write this post for a little while now and my hope is to share some insight into what I’ve been working on as well as inspire you guys to put your health and wellness first! Please let me know if you have any questions 🙂

You’re probably thinking that this (new-to-me) elimination diet probably came out of the blue… and, you know what, it did. Well, sorta. Kelli joined the Designed to Fit Nutrition team a few months ago and she mentioned her food sensitivities test— of course, I was immediately interested!

Back in the day, I worked with a holistic doctor and completed a different kind of food sensitivities test. At the time, I was so sick, the results said I had sensitivities to everything. I’m not even kidding you, the doctor said “sorry” when sharing the results with me. So, for 4 months, I ate the same 20 or so foods over and over again. It was summer (hello, barbecues, beach, and fun!) and it was the most miserable experience. I found myself obsessing, stressing, and missing out on so much. Anyway, the reason I am sharing this background with you is because I wanted to do a food sensitivities test now that I’m *knock on wood* doing better, especially since so many weird health issues have popped up lately. I know they could be side effects of UC and/or Entyvio, but if there’s anything that I can do to keep the overall inflammation down in my body, I’m all about it. For even more health background… you guys probably remember the whole eczema thing. Things were good for awhile, but those patches keep popping up again and again. Ughhhh. Not nearly as bad as the first flare, but still… annoying. I also have some joint pain, especially in my hips (separate from my running injury). I just feel like my hips are sore and tired, and my workouts take so much effort some days. I get the nights sweats every.single.night. My OB/GYN says they’re not likely related to my oral contraceptive/hormones (is that strange?), and I had my thyroid checked a couple of weeks ago and it’s normal. But what’s really driving me crazy is how TIRED I am lately. OMG, it’s the worst… and you guys know how I feel about naps. I HATE THEM. I feel like I should be doing something else more productive! I literally fall asleep on the couch a couple of times a week. I know my body is trying to tell me something, so I don’t get too bent out of shape about it, but, man, it’s frustrating to have zero energy. (FYI: I’m 100% not pregnant.) So, that’s what’s going on, health-wise. Let me tell you about the test and diet now.

After purchasing the LEAP test from Kelli, she ordered a blood test kit from Oxford Biomedical Technologies, the company who does the test. Once I received it, I went to CareWell in Norwell to get my blood taken by a nurse, which was then sent off to the Oxford lab.

About a week later, both Kelli and I received the results, and I have to say I was pretty surprised by the results. A number of foods that I thought were seemly benign in my diet (i.e. lettuce, celery) were actually ones that I had sensitivities to. And, on the flip side, foods that I sometimes avoided (i.e. dairy, corn) got the green light! What was also surprising was just how many chemicals showed up in my results! Yikes. I guess I’ve had a little too much “fun” with my diet recently. After 5+ years of worrying about everything I put into my mouth, it was great being able to eat whatever I wanted, but I guess I went a tad overboard with the crap/processed stuff. My results were, for sure, a wake up call!

The next week, Kelli and I had a call to go over my results and get prepared for phase one of the diet. (She helped me brainstorm meal and snack ideas.) Phase one was definitely the hardest since my food choices were fairly limited, but, in theory, they were ones that I shouldn’t have any sort of reaction to. I was able to fly through the first phase (about a week) without any issues. (Each phase systematically introduces new foods to see how your body responses.)

Phase one eats below (top left clockwise): Ground chicken with green beans and corn, rice cake with peanut butter, a plum, zoodles with ground chicken and peas. FYI: Pretty much all of my food choices so far have been organic as recommended by LEAP/Kelli.

I’m writing this post about 2.5 weeks into the diet, and I’m feeling great overall. A few “interesting” things have happened recently, so I wanted to share some of my results and symptoms so far. (I’ll be sure to give you an update when I’ve completed all five phases!)

I actually felt a detox of sorts. I know there’s a lot of conflicting information out there about whether or not your body can actually detox, but I think I may have experienced it. Days 1-3, I felt totally fine. On Days 4-6, I had a slight headache. It wasn’t bad enough to take something for it, but it was definitely there– dull and annoying. I thought maybe it was a symptom of caffeine withdrawal, but typically when I’ve stopped drinking coffee, I’d get headaches almost immediately and they were NOT dull and annoying. They were awful, and I would 100% need to take some sort of medication to get me through a few days of not having caffeine. Hormonely in my cycle, the headaches did not make sense either, so I kind of think my body was getting rid of some not-so-awesome stuff in my system. Possibly? Has anyone ever experienced anything like this?

Speaking of coffee, I’ve lost my craving for it. Crazy, right? I stopped drinking it for 10 days and didn’t have a strong desire to have it, but when I finally tested it for a reaction last week, I didn’t even want to drink it. I KNOWWW. I’m as surprised as you are. It’s so bizarre, but I truly believe our bodies are smart and know what they need, so I’m going with it. (Related: I’m sure once summer hits, I’ll want ALLTHEICEDCOFFEE again!)

On the craving front, my sugar cravings are so much better. And I’m surprised how quickly things changed. I used to want something sweet to eat after just about every meal, but now the urge isn’t there as much.

On the skin front, I haven’t gotten a single pimple in 2.5 weeks! Guys, I can’t even remember the last time my skin was so clear! It’s an awesome “symptom” for sure! 🙂 The eczema stuff, however, is a different story. On the first week of the diet, there was no eczema to be found. Yayyy! But, I introduced a couple of new foods at the start of phase two and the patch on my neck broke out. Whomp whomp. We’re getting back to basics this week and trying again with other foods, so I’m still trucking along and trying to figure things out.

Overall, I’ve felt really great on this diet. It’s actually not as difficult as I thought it would be, and now that I’m seeing some great results (I’m not nearly as tired!!), I’m motivated to stick with it. I’ll be sure to keep you guys in the loop with how things progress!

Have any of you tried the LEAP diet or another elimination diet? Any favorite recipes?

PrevPreviousJust the 10 of Us
Next9 Protein-Packed Lunch IdeasNext