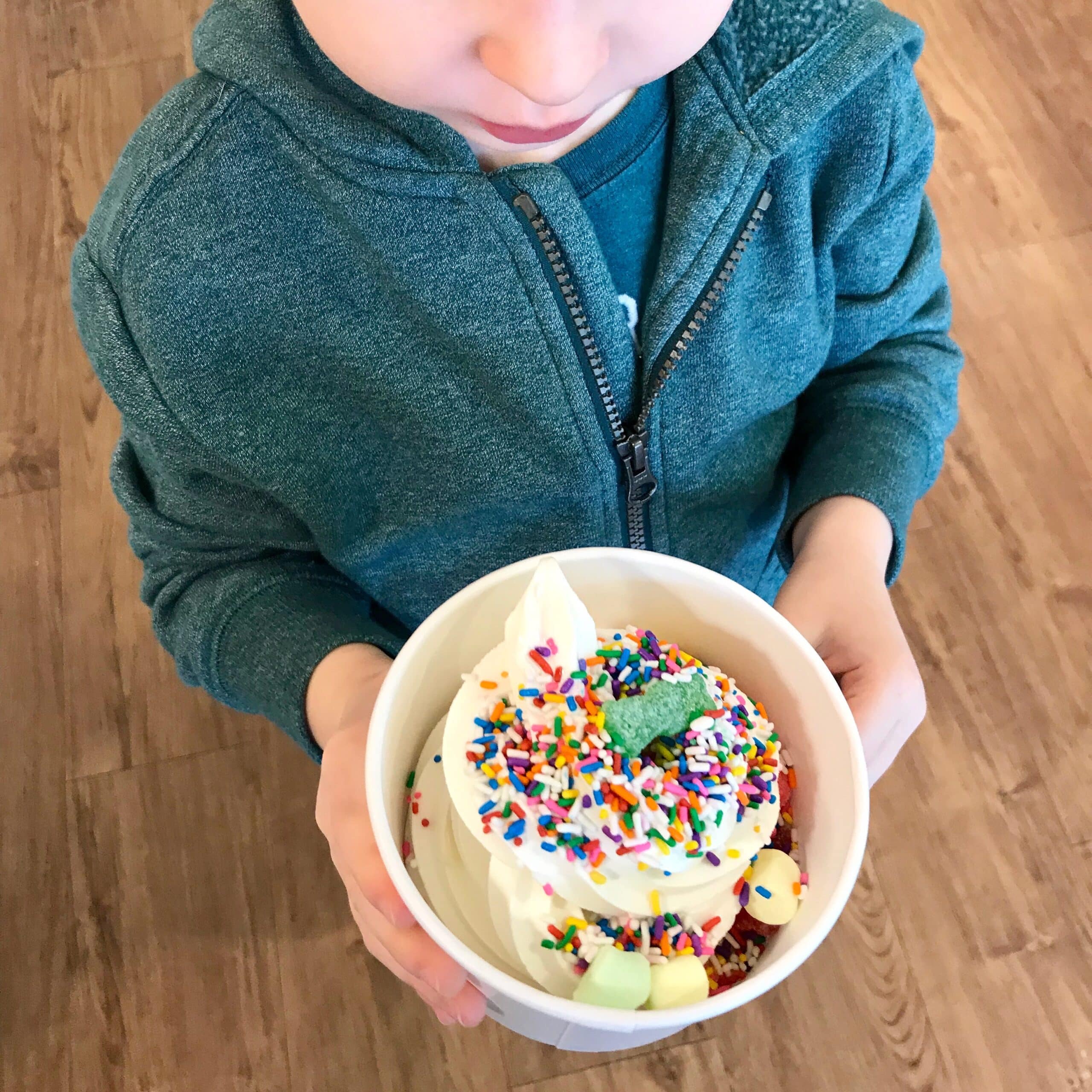 Hi, friends! Happy Monday to you! 🙂

I’m a little behind with “day in the life” blogging, but I’m planning to catch up today and tomorrow – starting with a wonderful Quinn and Mumma day last Friday.

The fun kicked off at Goldfish for Quinn’s weekly swimming lesson. His usual instructor wasn’t there (and he lovvvveess her), so he was pretty nervous swimming with someone new. The staff at Goldfish were so sweet to him and eventually convinced him to climb in the pool for his lesson. 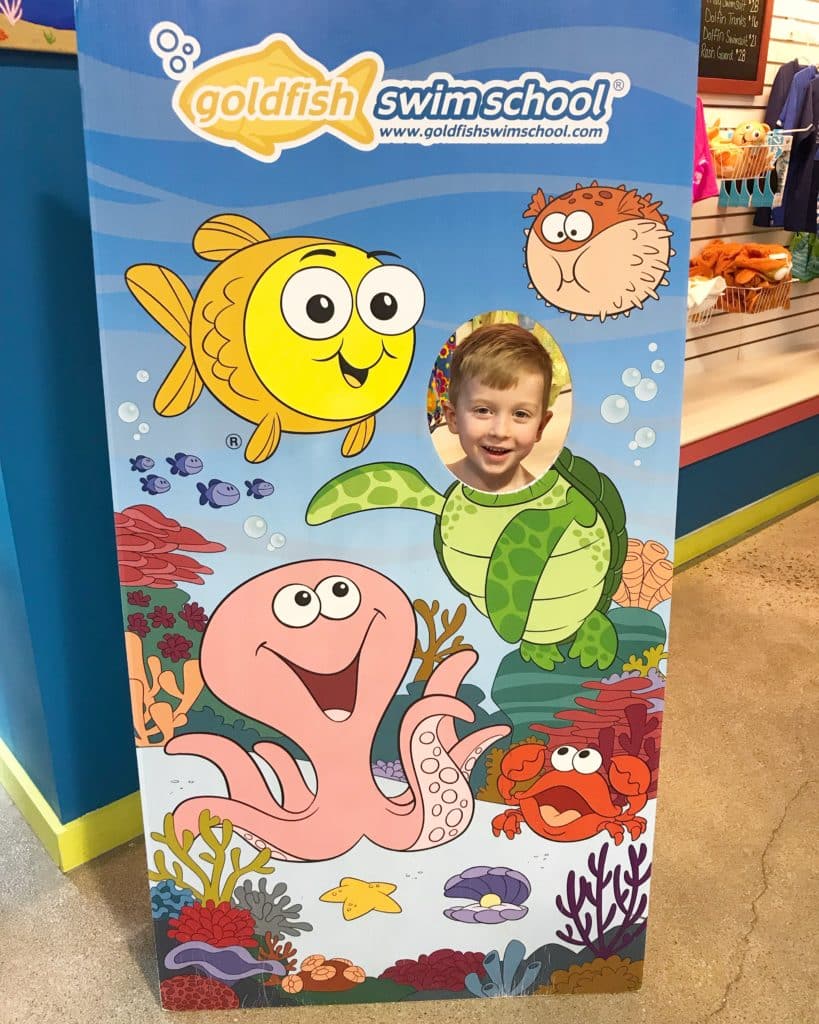 Once Quinn was in the pool, he had a great time! He even got a special ribbon for his “pulling paddle,” which he was especially proud of. He’s been working on using his arms more for swimming, and his hard work is paying off. Quinn is getting so much faster! 🙂 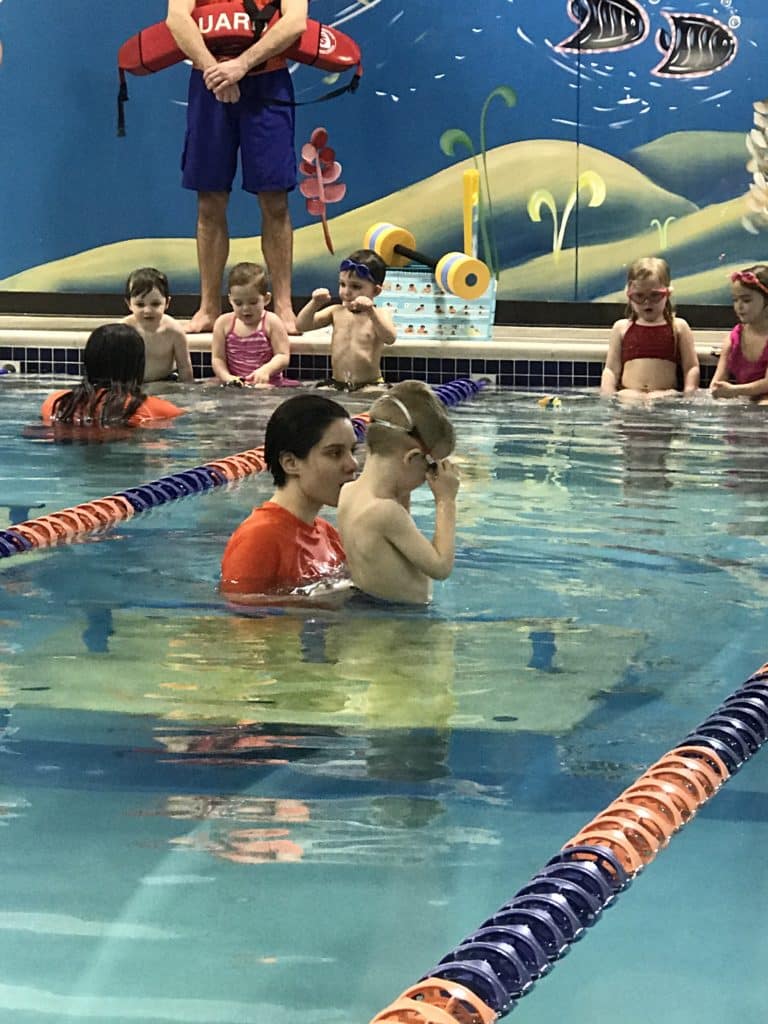 After swim lessons, we headed home briefly for lunch because frozen yogurt was on the agenda for the afternoon, and Quinn was super excited! 🙂 We actually visited the yogurt shop near our old house in Weymouth. The Yogurt Bar was “on the way home” from CrossFit when I was pregnant, so we stopped there quite a lot. I craved cold, creamy foods during my pregnancy, so I ate frozen yogurt like it was my job. I was Paleo prior to getting pregnant and not eating dairy, so I’m pretty sure my body wanted ALL OF THE DAIRY to make a tiny Quinn skeleton. 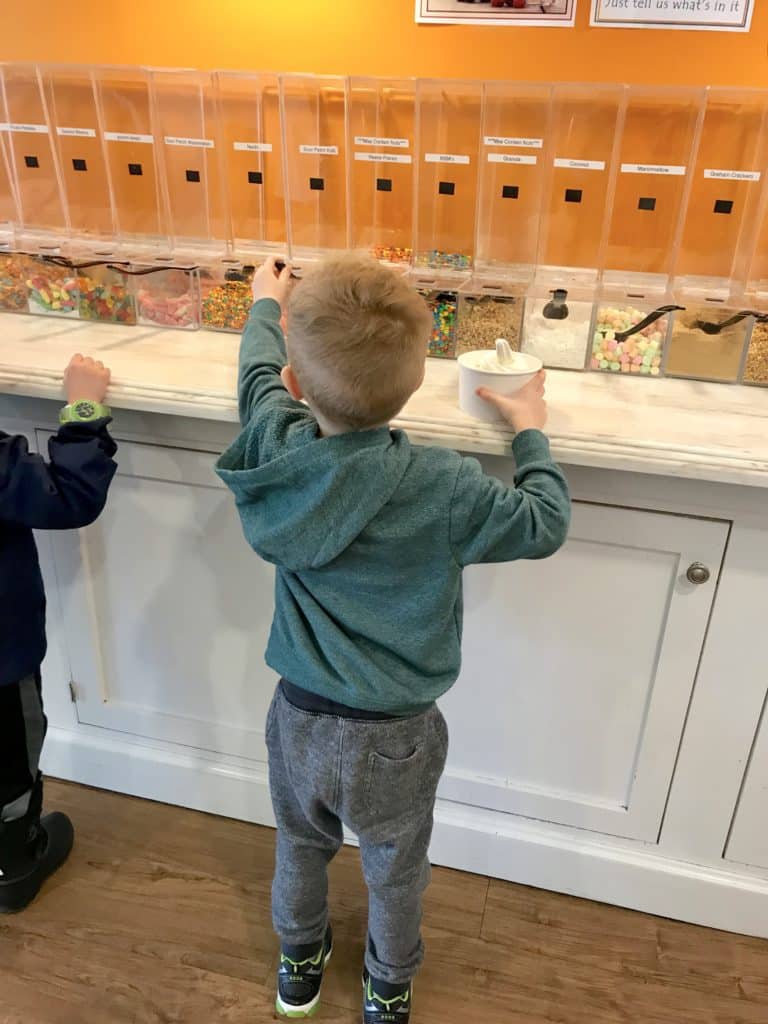 While we ate, I told Quinn just how much fro-yo I consumed when he was in my belly. He opened his eyes wide and just smiled between bites. He was definitely in the zone! 🙂 Other foods that I dominated when I was pregnant: Fresh fruit, saltines with Teddie peanut butter, and yogurt smoothies, which just happen to be some of Quinn’s very favorite foods (now that’s he’s out of my belly). Coincidence? 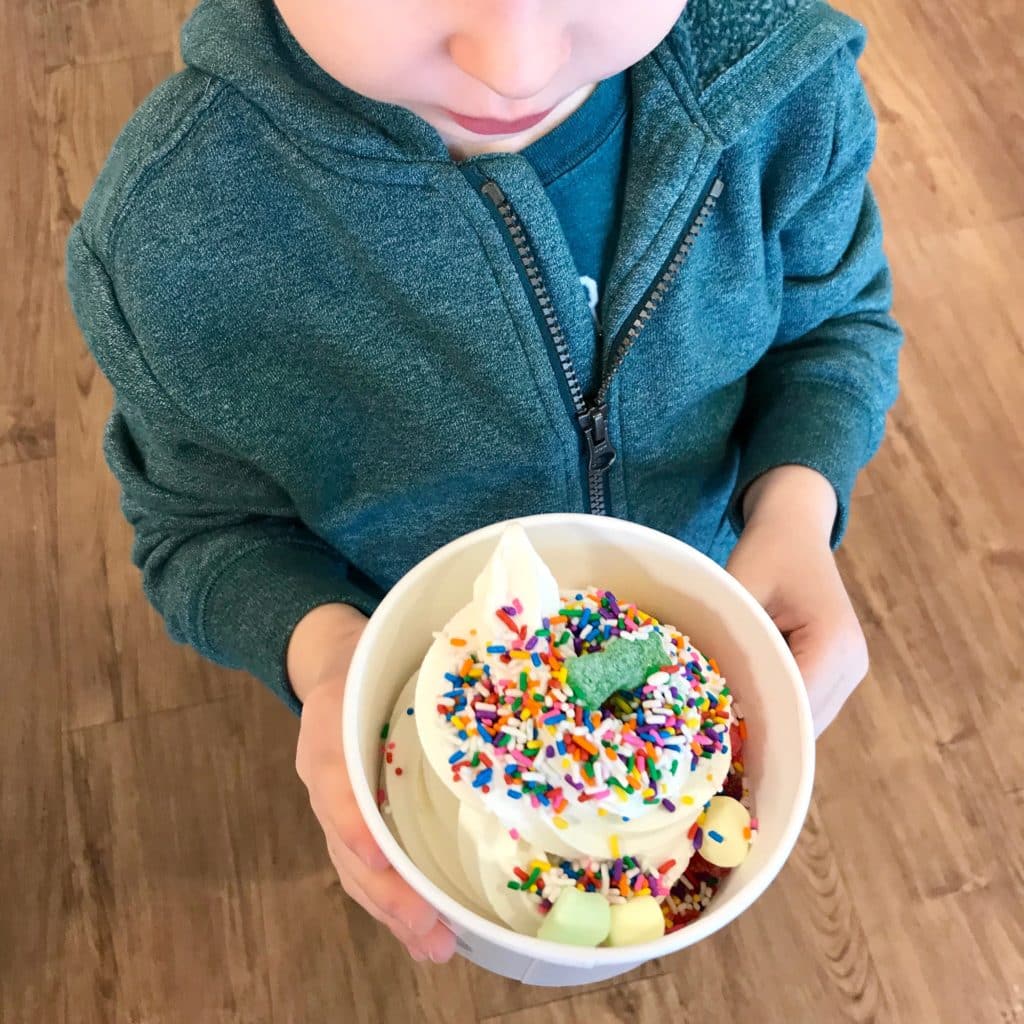 After our yogurt date, we headed home and played outside for quite awhile. We broke out the water table and bath toys for some fun. Even though it was a balmy 58 degrees, Quinn requested “warm water from the sink, not the hose” for playing. Smart kid! 🙂 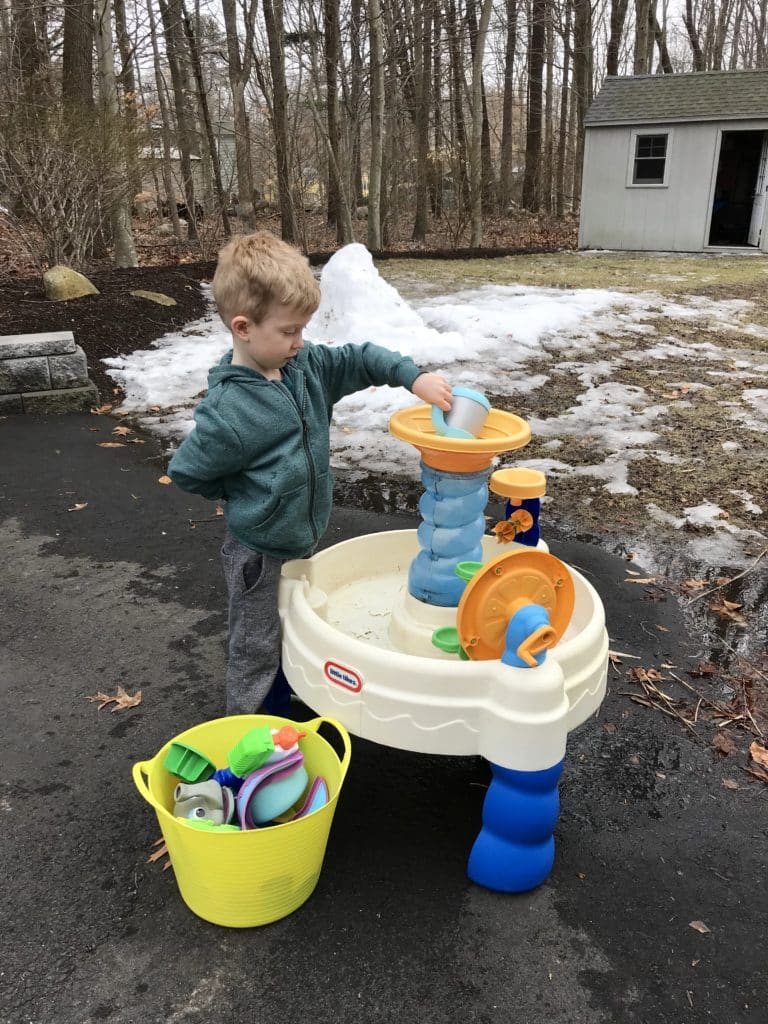 I’m curious… Mamas out there: Do your kids like a lot of the same foods that you ate when you were pregnant?