Yesterday was such a fun day for our little family, who, for the record, had some really great ideas for our Sunday afternoon. Mal had a random craving for a charcuteri board, and Quinn suggested a party, specifically a “party night.” We decided to combine their ideas for a “Euro Party Night” since stopping by our local Euro Mart was key to the evening. 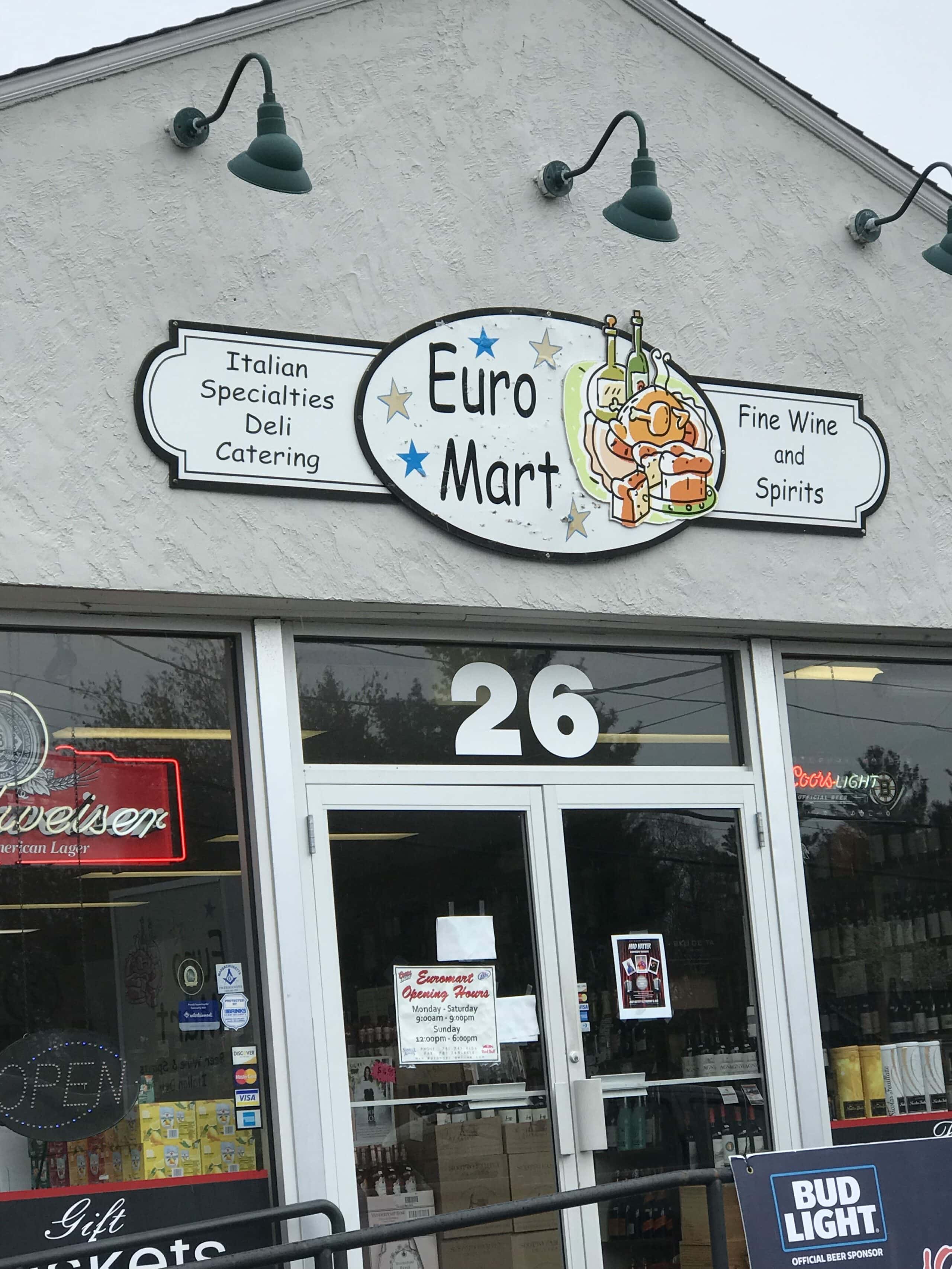 If you’re local, you definitely need to check out this place. The imported cured meats are absolutely incredible. I actually didn’t know I liked salami until yesterday! It was so flavorful and not fake-tasting like a lot of grocery story salamis often are. The guy behind the counter actually said if he wants to impress someone, he’ll offer them a sample of the salami, and I definitely know why now. We were immediately sold! 🙂 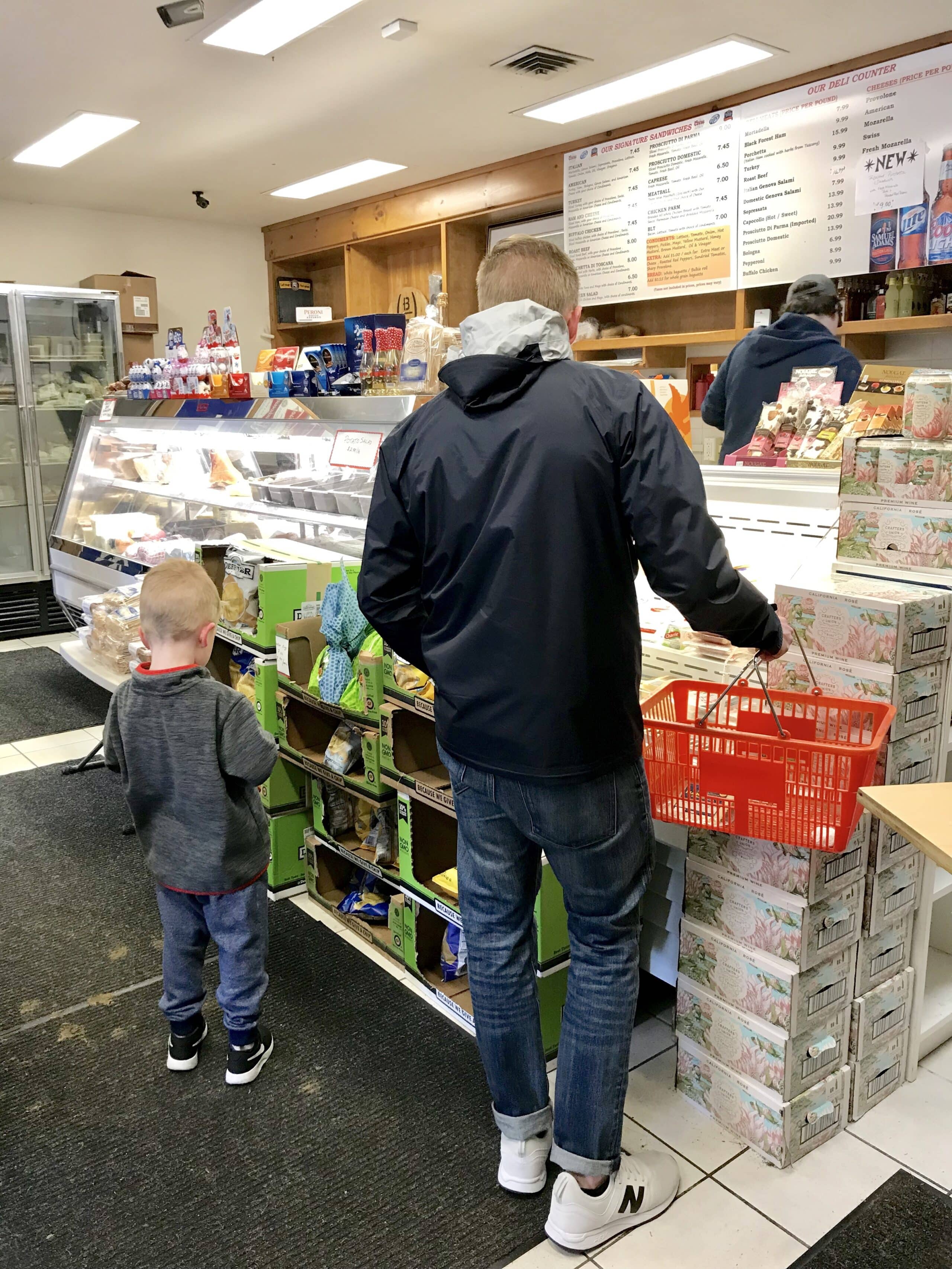 The Euro Mart also sells Kinder Eggs, which are SO FUN, it’s hard to wait until you get home to open them! 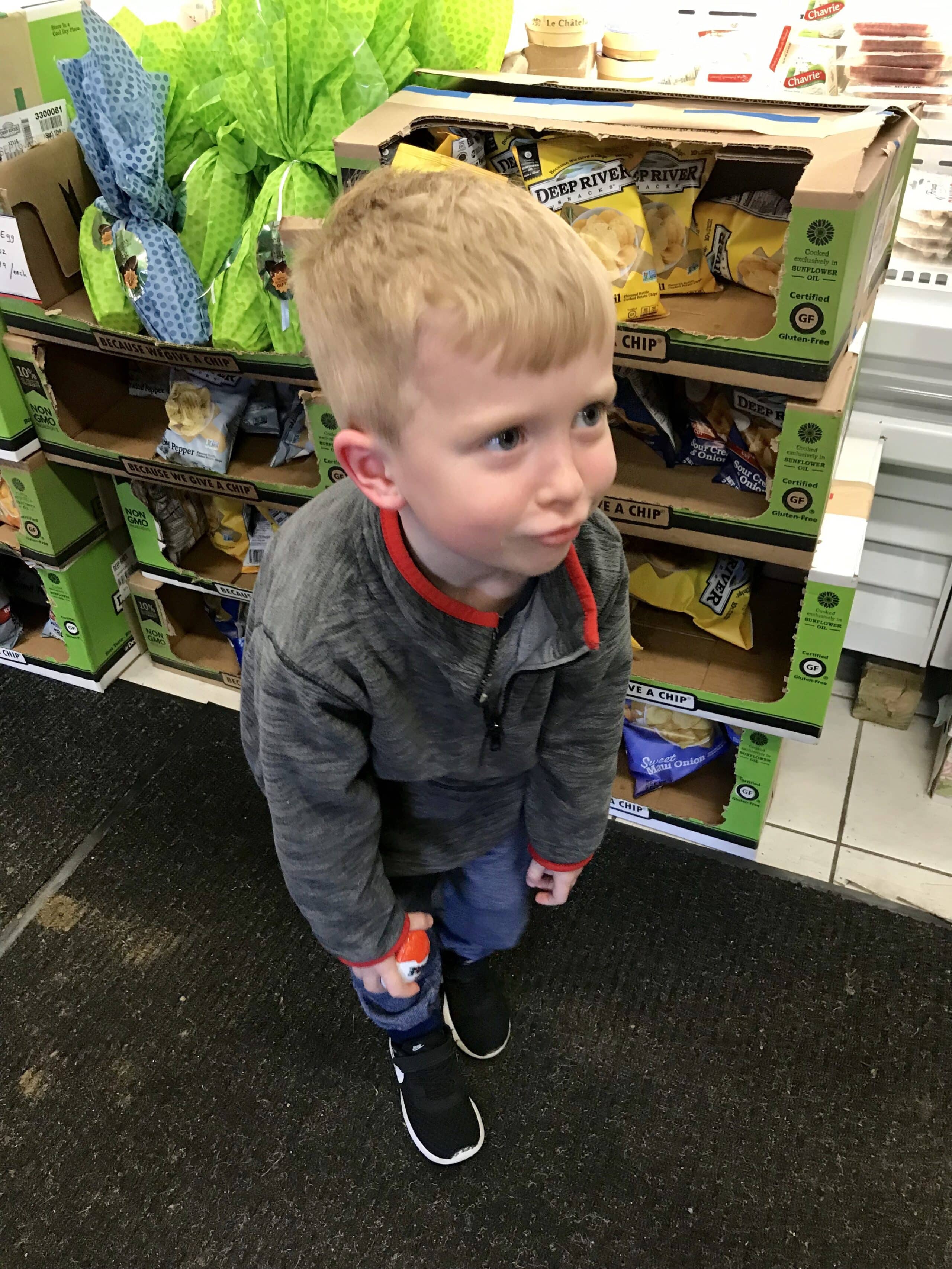 Back at home, Quinn was in full on party mode. He was totally into it and took charge with the decorations and what needed to be done. Mal and I loved watching his “take charge” attitude and asked him if he wanted to moonlight as a party planner someday. His reply: an enthusiastic “YES!” FYI: Quinn’s dream (full-time) job is becoming an EMT with some party planning on the side. 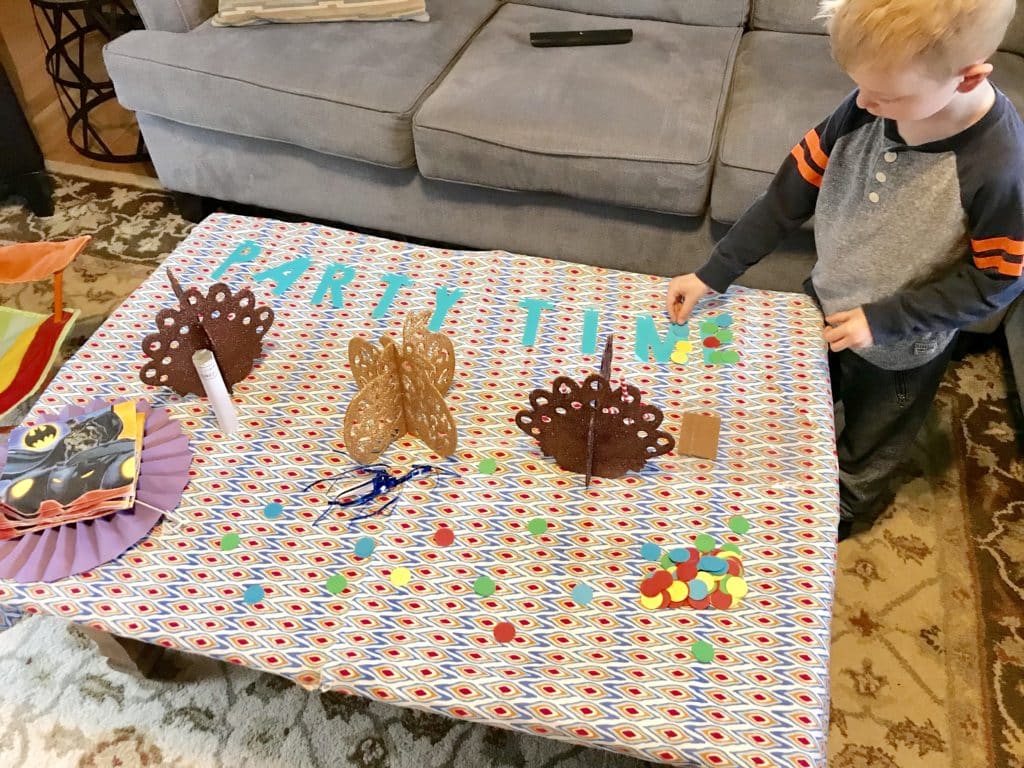 Decoration highlights: A paper fan napkin holder for the Batman napkins, place settings that included a striped straw + toothpick, and sparkly Thanksgiving centerpieces. I helped Quinn with the food, but he set the table and did such a great job! 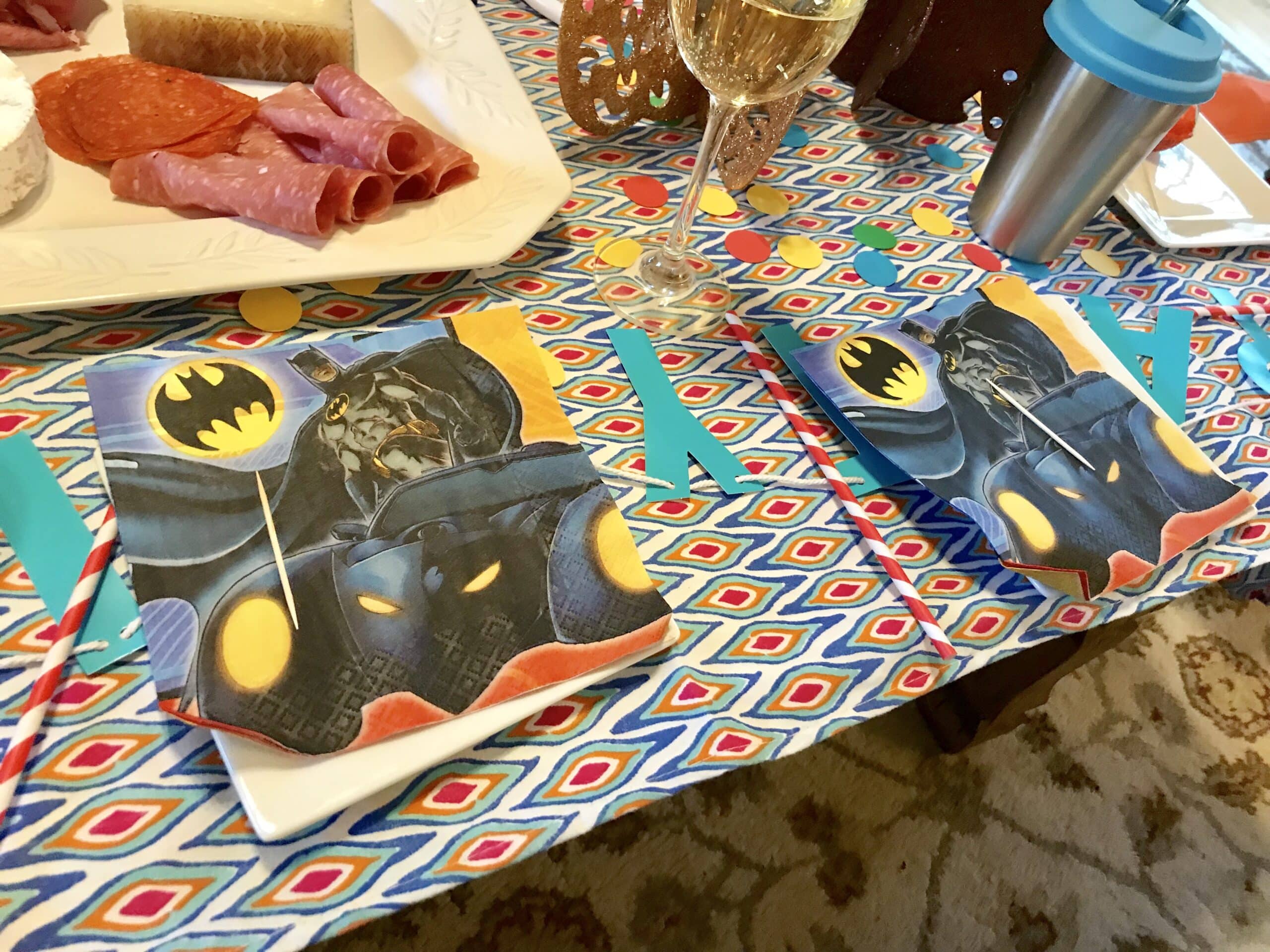 The bug beach chair at the head of the table was also Quinn’s idea! 🙂 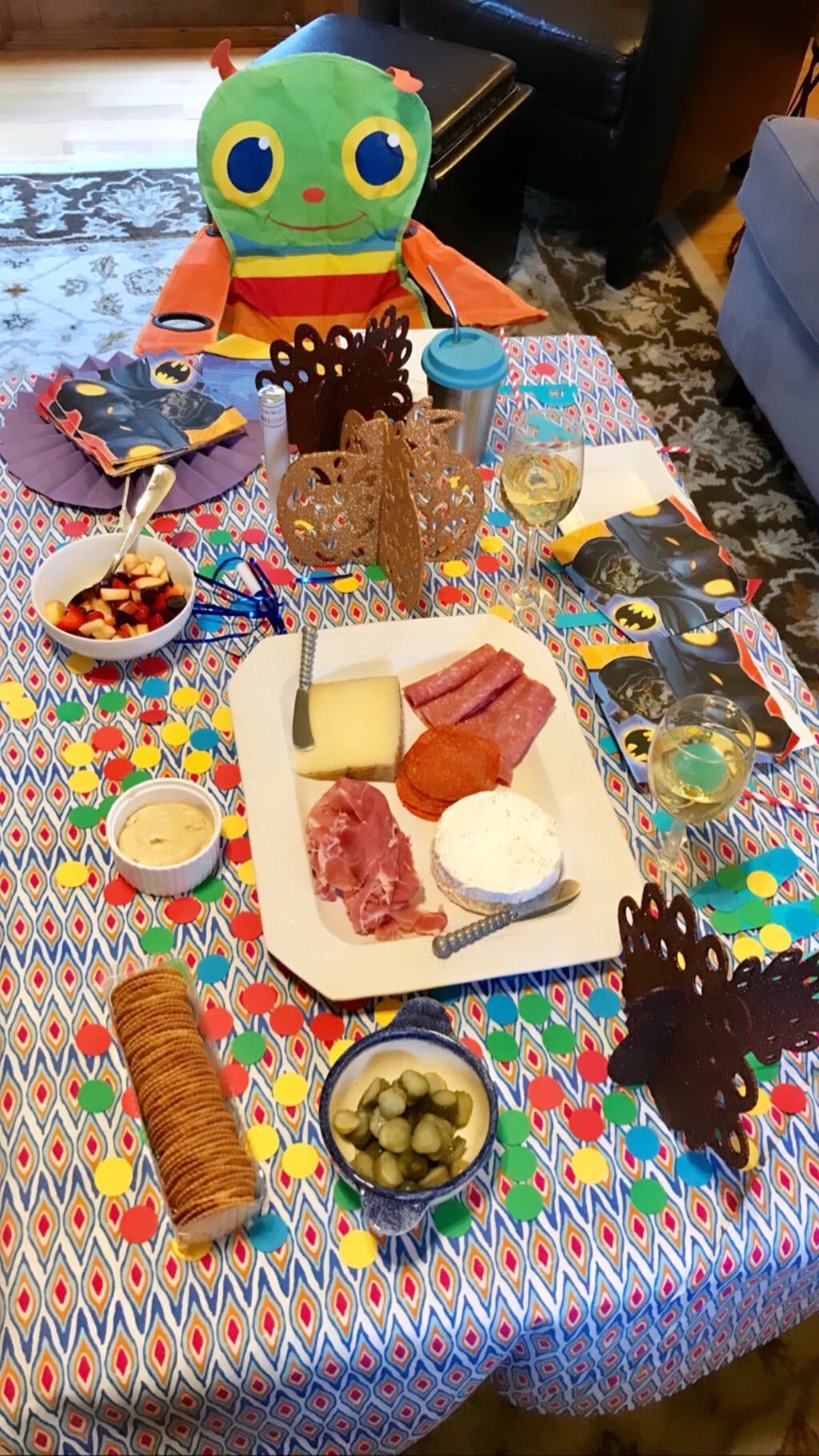 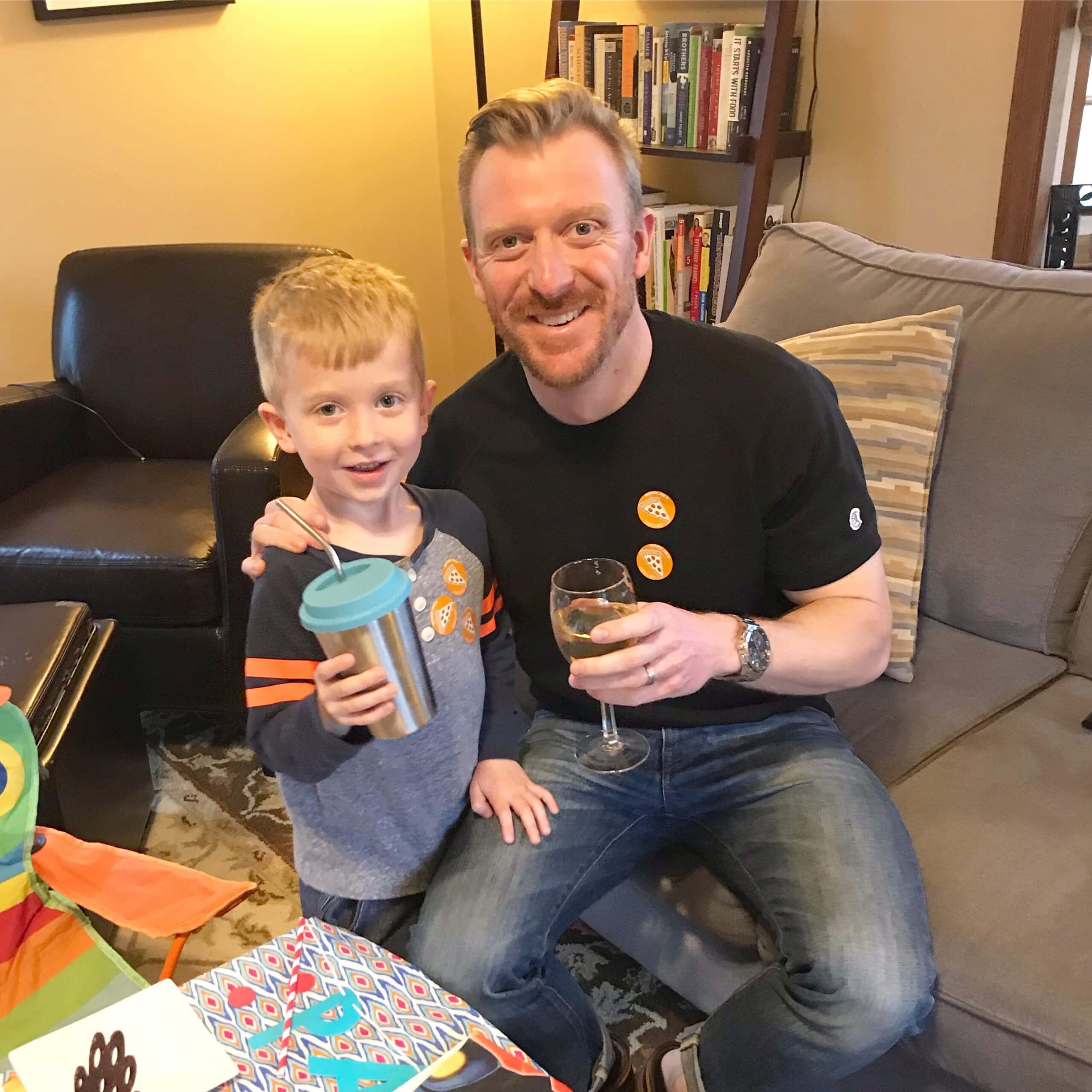 Our party attire included scratch-and-sniff pizza stickers because who doesn’t love to smell like pizza!? 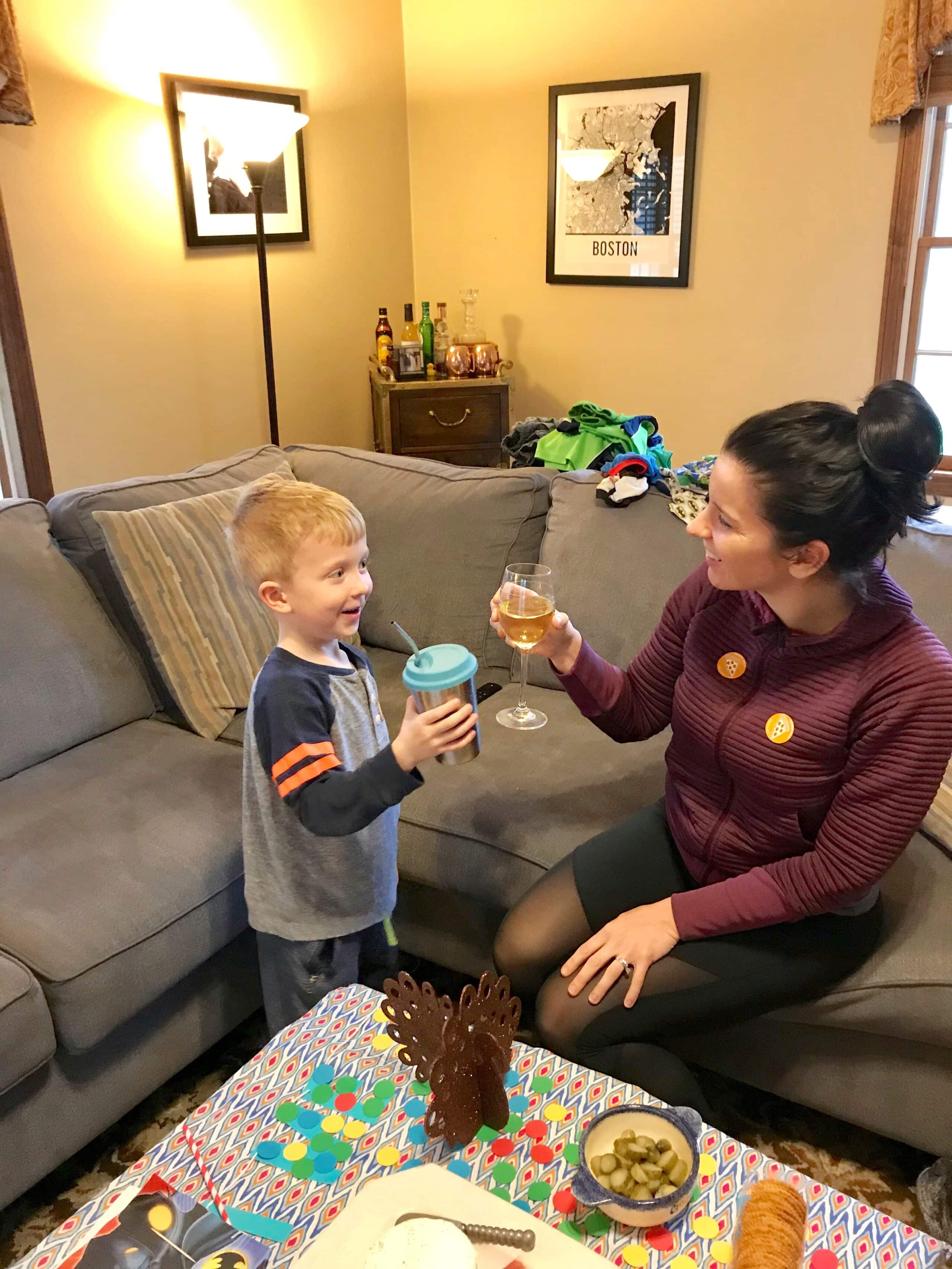 And, of course, Murphy was invited to our party. We gave him a bite of brie cheese, and he must have licked his lips 50 times. I mean, it was a delicious brie! 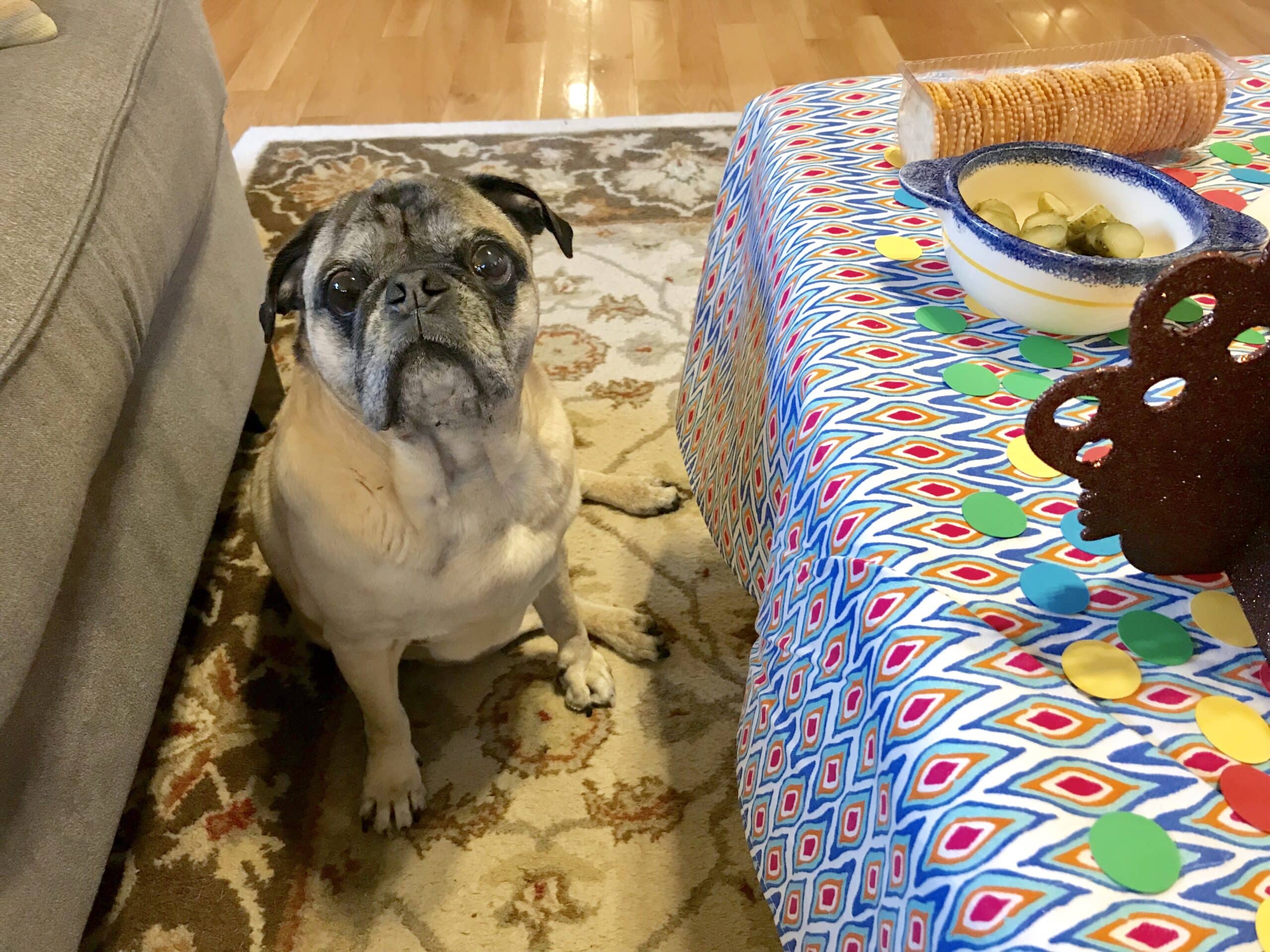 P.S. Totally unrelated, but I saw this New York Times Custom Birthday Book in an Uncommon Goods catalog and just had to share in case you’re in the market for a Mother’s Day or Father’s Day gift. (I’m pretty sure this is what Grandma and Papi are getting!) It’s a book of front pages from the New York Times from each year since the recipient’s birthday. Isn’t that a fun and unique gift idea? FYI: If you want to gift one for Mother’s Day, the deadline to order is tomorrow (4/30)!