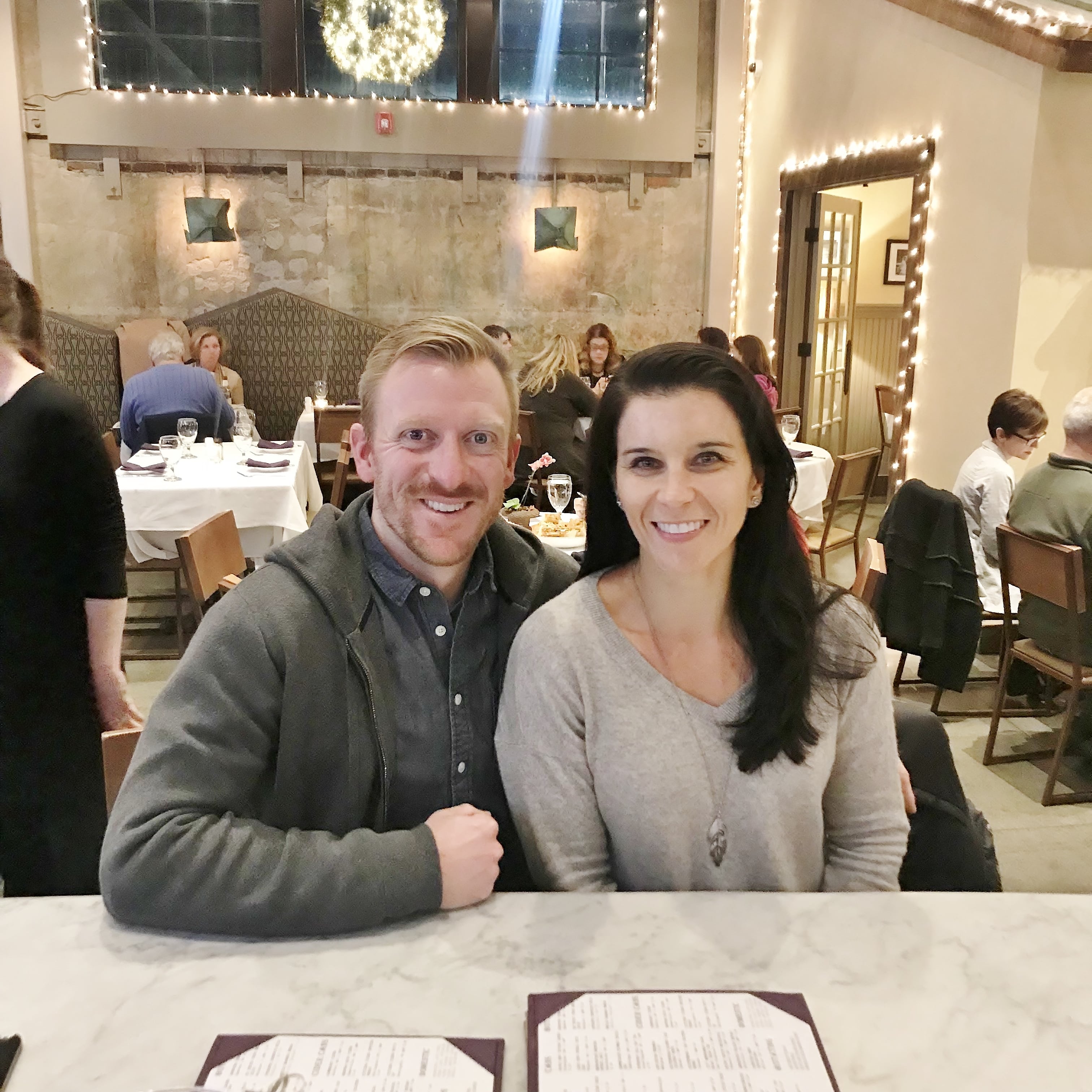 As you can see, CNC is up and running again. HOORAY! That was a rough few days, but I’m glad to be back in business again. In fact, I woke up in the middle of the night on Wednesday morning – my brain just wouldn’t shut off – and checked to see if my blog was working again (I know, I have issues…). It was working (!!), so I busted out 3 hours of work and went back to bed for about an hour. Middle-of-the-night work session for the win! Ha!

Anyway… our Thanksgiving was… fun. It wasn’t what we expected, but we made the best of it. It started out like our usual holidays when we travel out to see our families. (Mal and I grew up in the same hometown, so they only live a couple of miles from each other.) We planned to have dinner at Papi’s house (Mal’s dad), so we stopped by my Grammie’s house in the morning to see my family. Grandma (my mom) was also there, and she brought Quinn (and Murphy) some prizes! 🙂 Quinn planned with Grammie’s toys (some of them are as old as me – how cool is that?) while we caught up with family. After spending some time with my family, we headed to Papi’s house to see Mal’s family. There was SO MUCH GOOD FOOD! Overall, Mal and I had a nice time – eating, drinking, and being merry – but Qman was just not having any of it. The day was filled with epic meltdowns. Ugh. And when it was time to sit down to Thankgiving dinner, Mal and I were dealing with another one. Everyone was waiting for us, but we had a screaming child upstairs. We knew Quinn’s tantrum wasn’t ending anytime soon and there was no way he’d sit at the table for dinner, so we decided to leave. If had been just Mal’s family at dinner, we wouldn’t have felt so bad (they have little kids too and totally get it), but Papi’s college friends and his girlfriends’ family were also there. We already felt bad about how the day went, so we didn’t want to ruin their Thanksgiving dinner too. On the way home, Mal and I were feeling particularly HUNGRY and depressed about Thanksgiving, so we called a few restaurants around us, hoping one of them would offer some sort of traditional turkey dinner. We were in luck – Legal C Bar saved the day! Even though Thanksgiving was a bit of a bust, Mal and I had a wonderful time celebrating 14 years together at Novara. We had heard great things about Novara, so we were really excited when they invited us for dinner. Jordan Knight of the New Kids on the Block is one of its owner, so, of course, I was especially psyched to visit. I was a huge fan back in the day. Haha! There was even a cocktail on the menu (I assumed) named in his honor:”New Fig on the Block.” Novara was AWESOME – the bar area was absolutely gorgeous and the food was excellent. It’s definitely a place Mal and I would visit again and again! We love hanging out at the bar when we’re on date nights, so Mal and I grabbed a drink before our reservation. I went with a dirty vodka martini. A little while later, it was time to sit down to dinner, and I was so impressed with the menu at Novara – so many delicious options! To start, Mal and I shared the Burrata (crostini, crisp parmesan, marinated tomatoes, aged balsamic, evoo), which our server highly recommended. It was fresh and flavorful – we gobbled it right up! For my entree, I selected the Salmon Rosina, which was basically all of my favorite foods in one dish, and I absolutely loved it. Listen to this combo: grilled salmon with crispy pancetta mashed potato, basil marinated avocado, and pink grapefruit vinaigrette. Holy yum! And, for dessert, we received a fun surprise to our table – Flourless Molten Cake with chocolate chip mascarpone and salted caramel whipped cream. It was incredible! All in all, it was a wonderful (and delicious) way to celebrate 14 years!

How was your Thanksgiving? Any highlights?

If your kid was acting terrible, what would you have done?