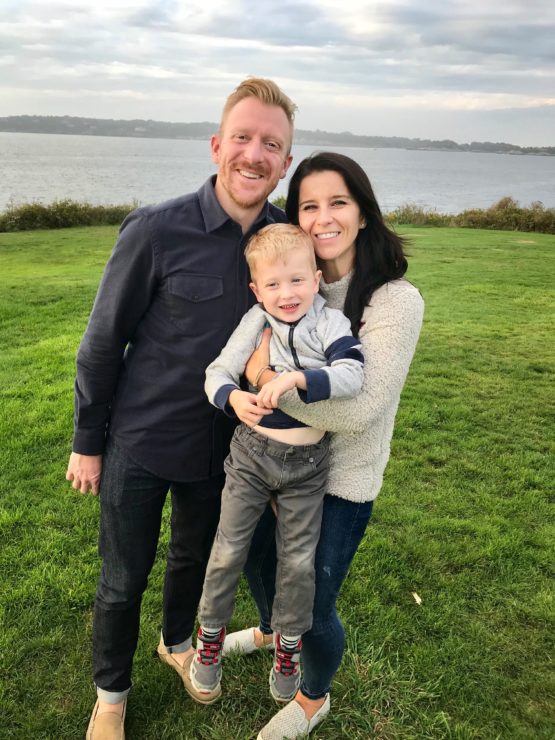 Another annual Newport weekend is in the books! It was our 10th year visiting (and Quinn’s 6th – feel free to do the math on that one), and it’s still one of our favorites (if not our FAVORITE) weekend of the entire year. We have so many wonderful memories from our trips to Newport and always make more there! 🙂 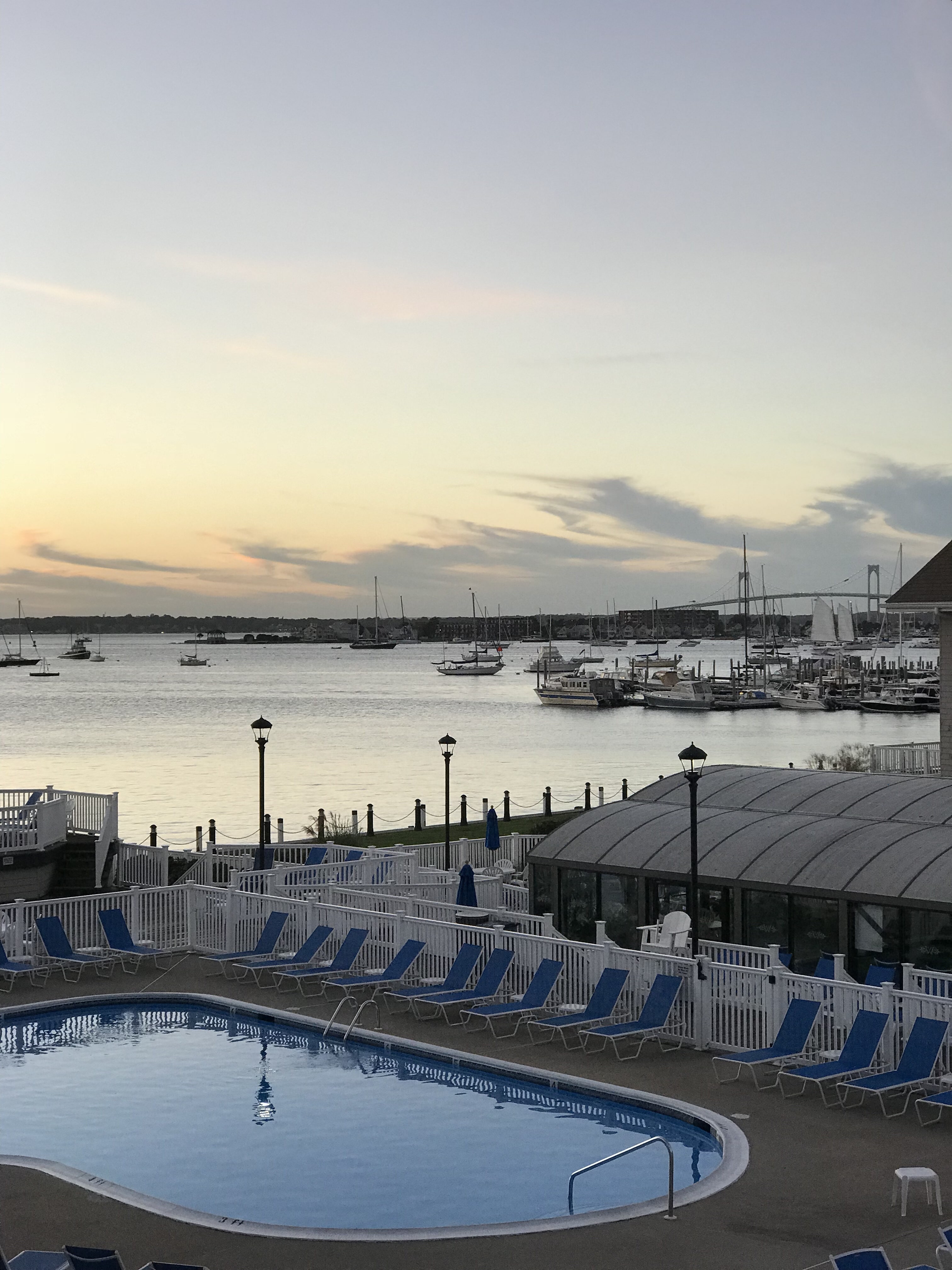 We arrived early Friday evening, got settled, and then Quinn and I made sure to take our annual photo on the balcony. Check out his first photo with Mal at just 4 months old. Our baby is growing up so fast! 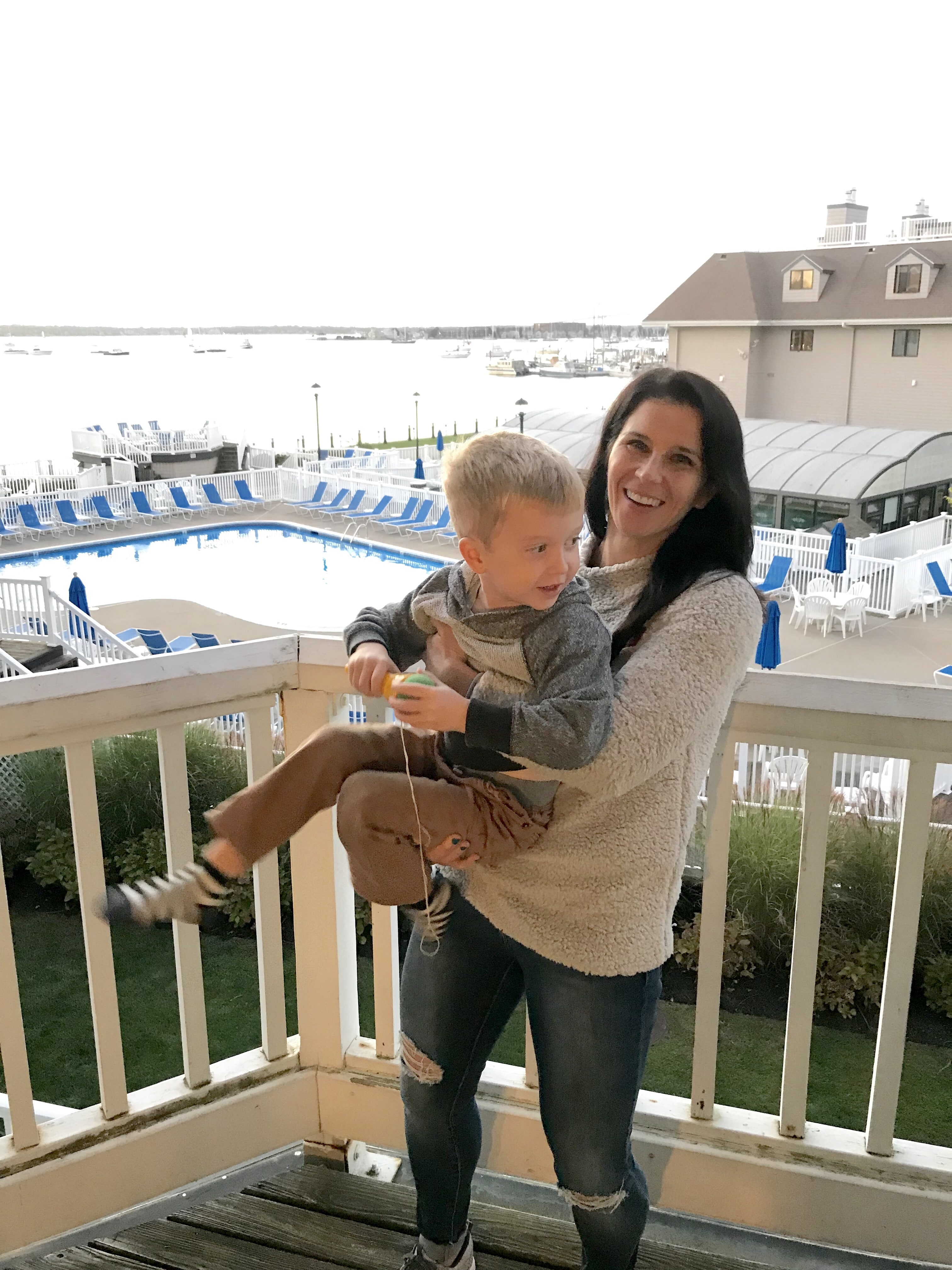 After that, we headed out to dinner at Midtown Oyster, which, of course, was a lot of fun with these two weirdos! 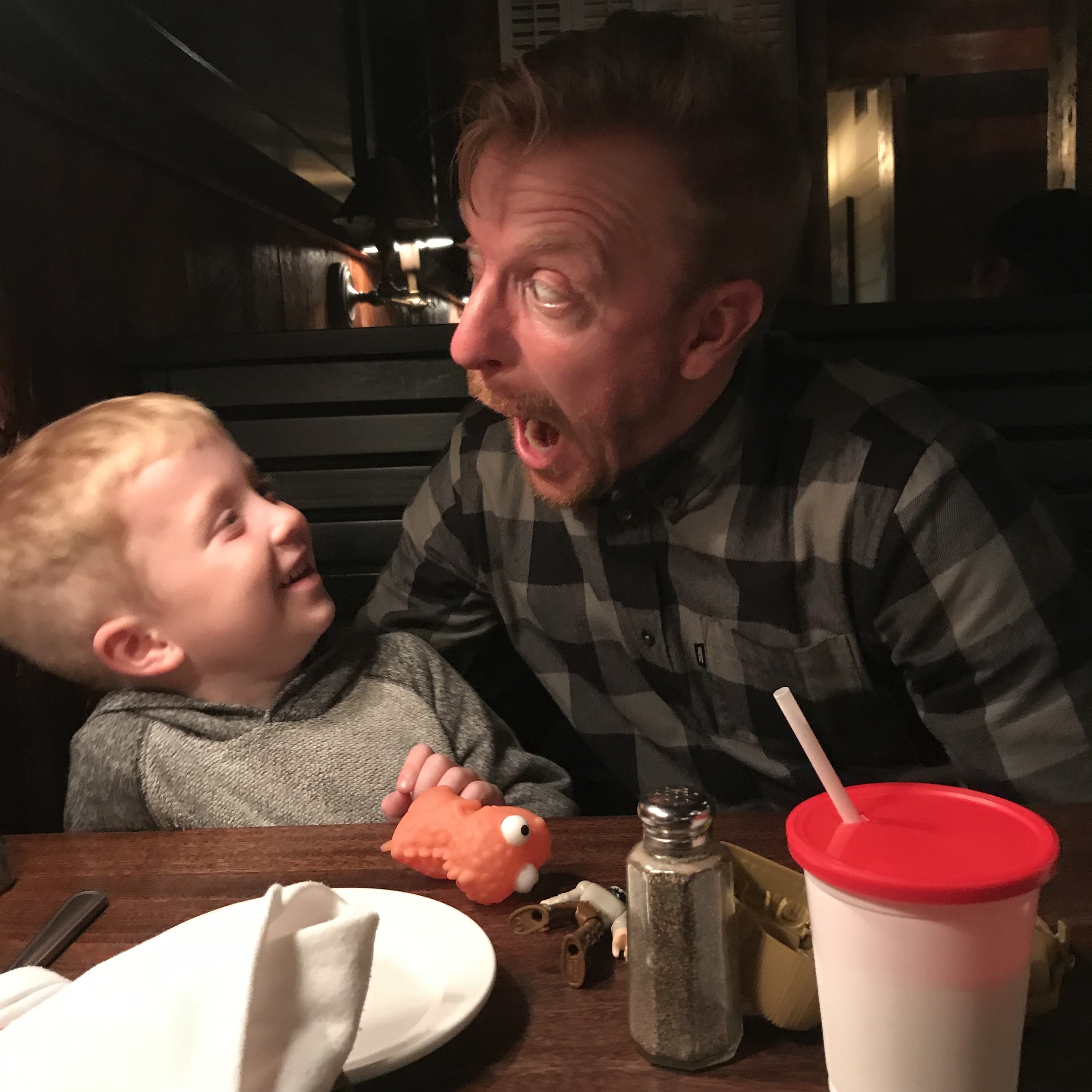 Saturday morning started BRIGHT and EARLY. Quinn was just too excited to sleep! He actually had a tough night of sleep being in a new place, but, hey, that meant lots of cuddles (and broken sleep) for Mumma. We were at Empire Tea & Coffee for iced coffees well before 7:00 AM!

We grabbed breakfast at Empire, took it back to the condo (we stay at the Wellington Resort every year), and got ourselves ready for the day. We did a little shopping on Thames Street and popped into a magic shop since Quinn has taken a recent interest. The man working there was super nice and showed us a few 4 year old-friendly tricks that Quinn absolutely loved. We ended up purchasing a magic trick box, which was a highlight of the weekend of everyone. Quinn even took it to school with him yesterday to show his friends and teachers! 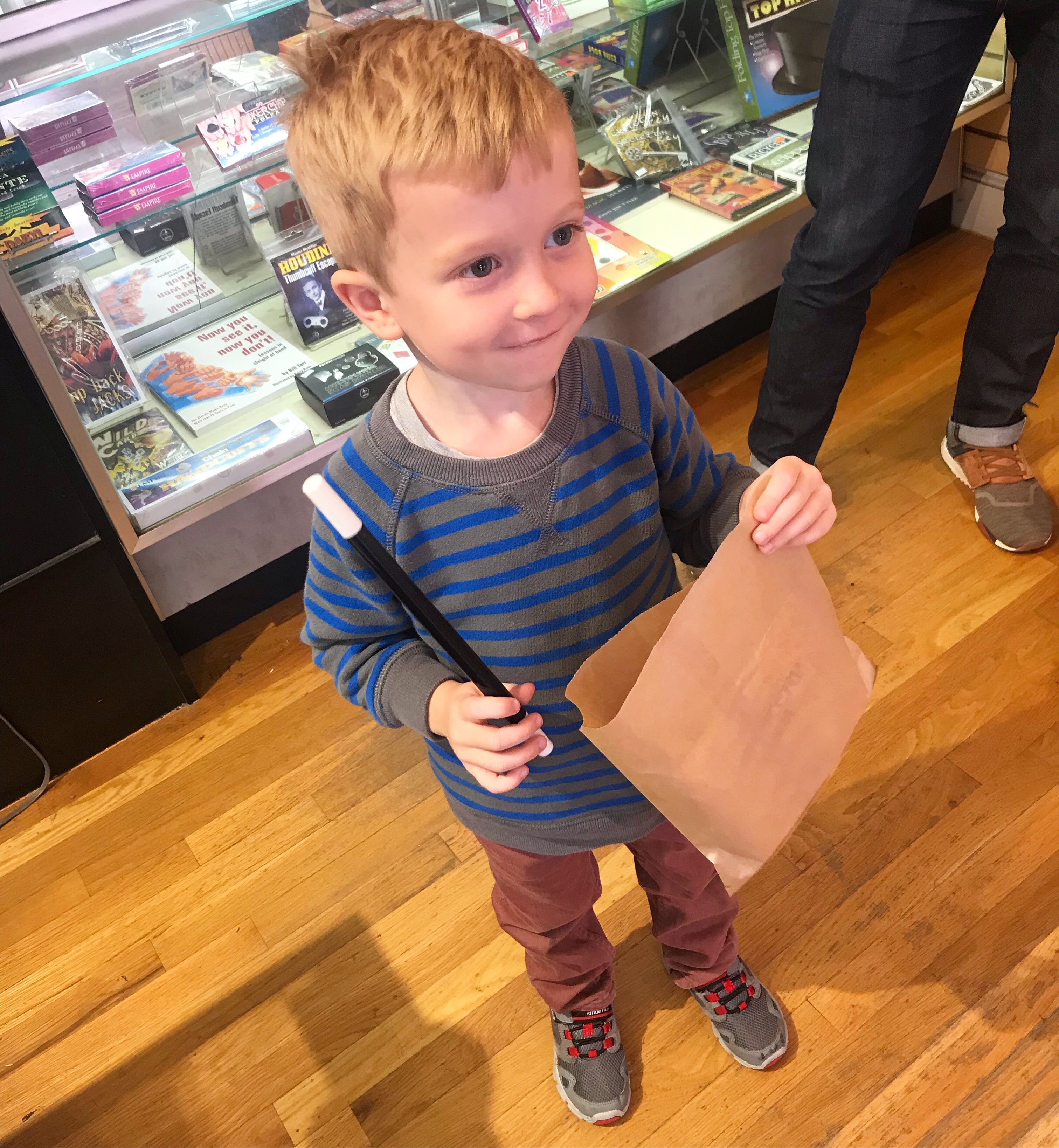 After that, we took Quinn’s bike for a ride along the waterfront. 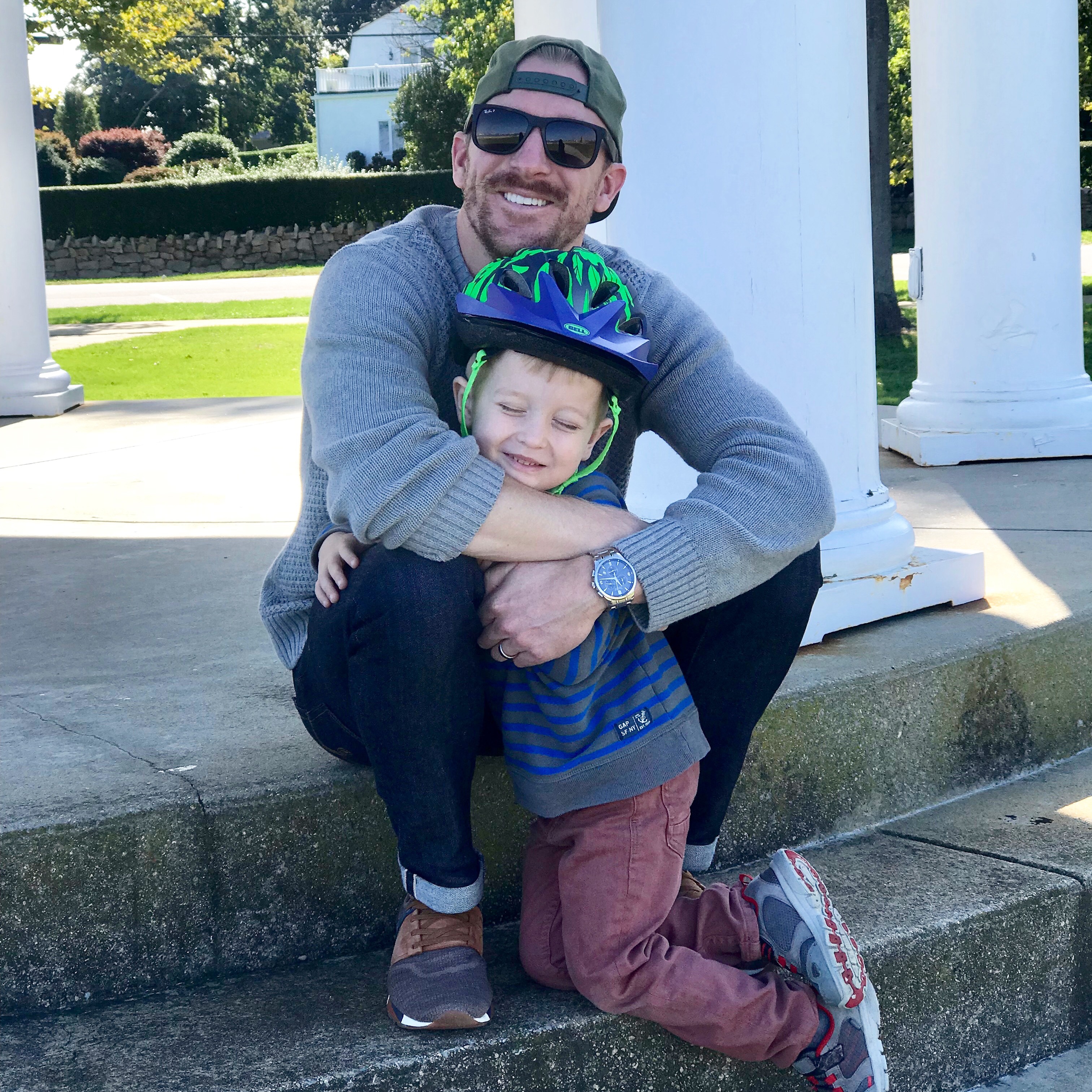 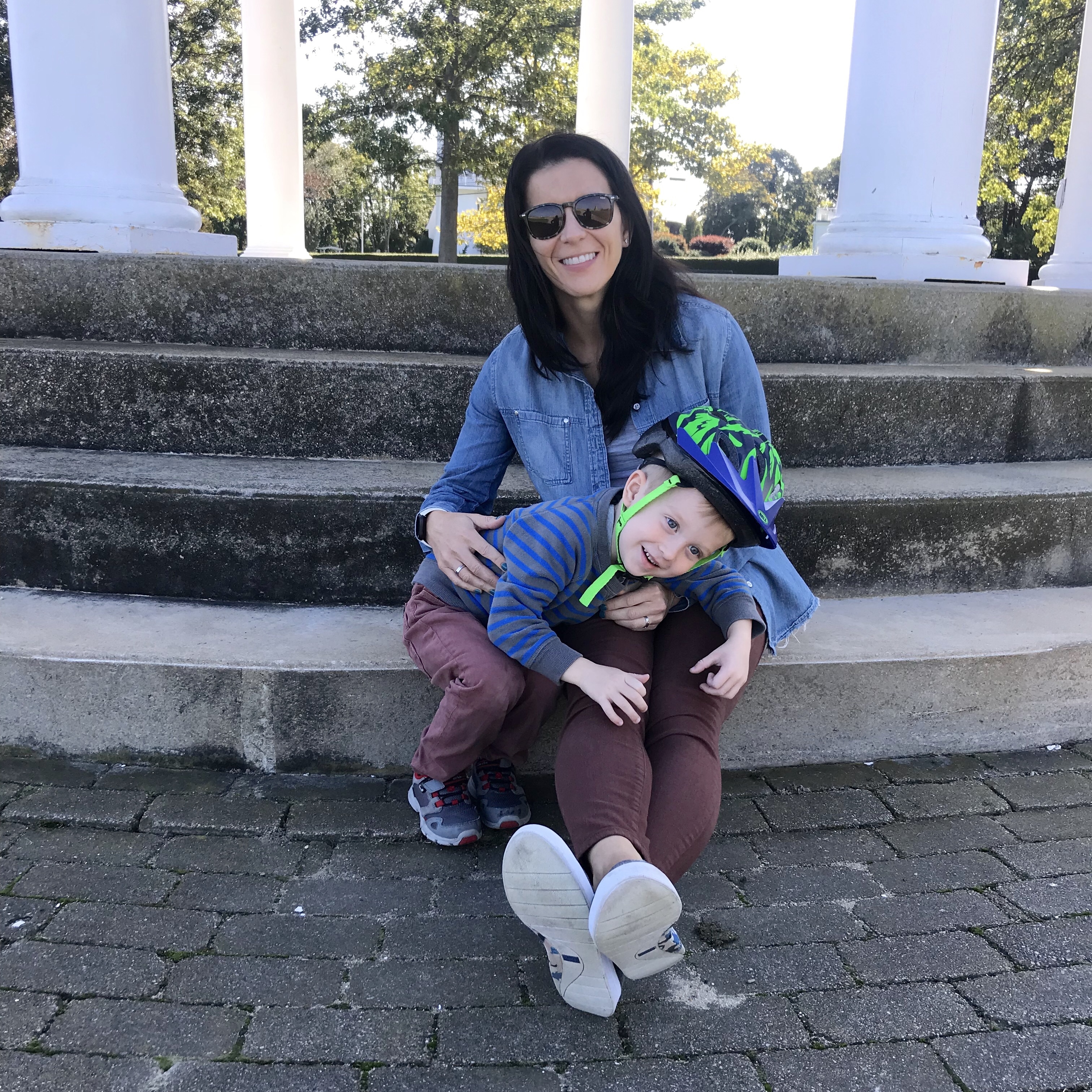 For lunch, we headed to O’Brien’s Pub, which was a lot of fun for Quinn. He played in the water fountain while we waited for our food and even ate his lunch when it was served! O’Brien’s FTW! 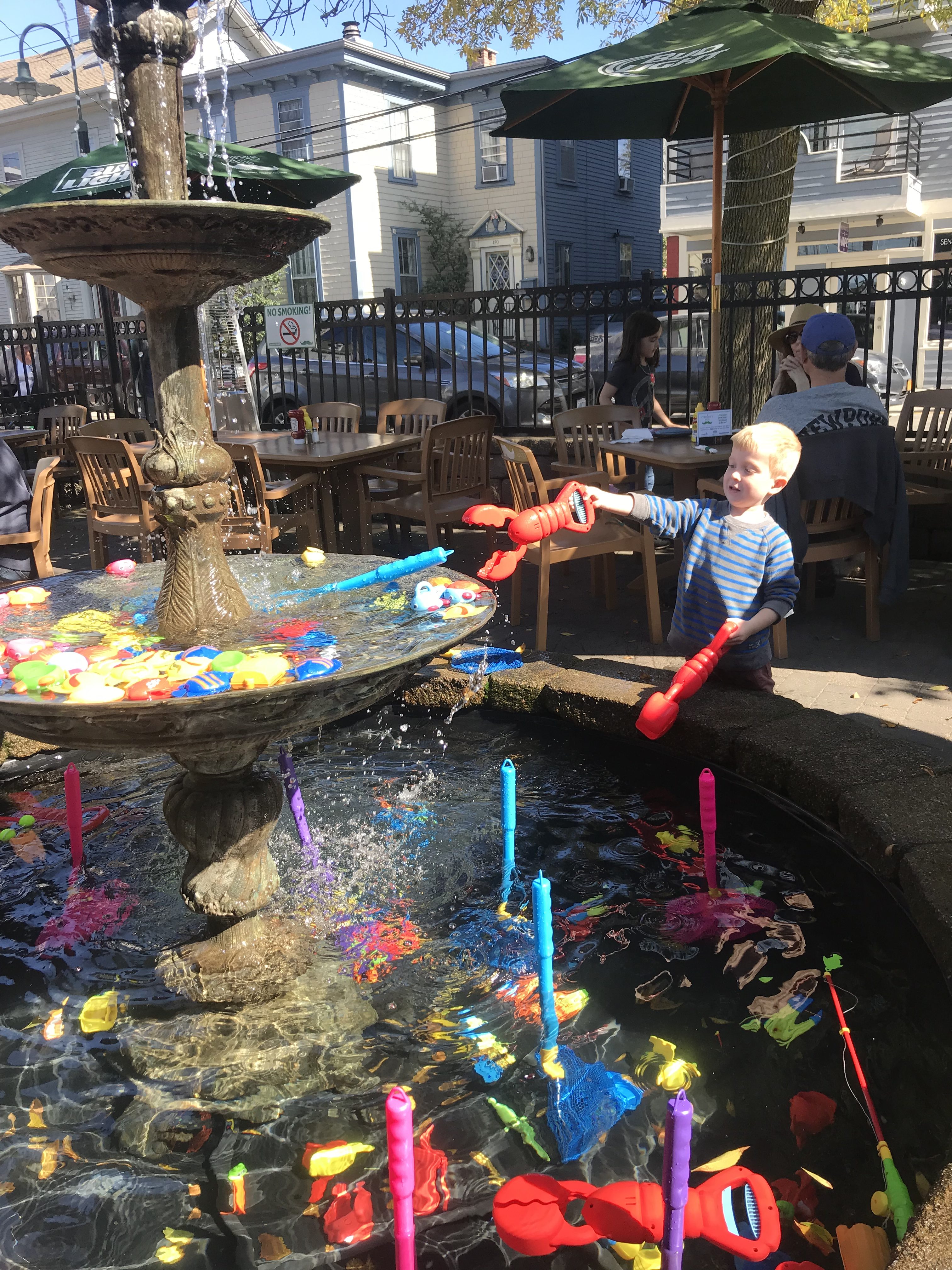 After lunch, Quinn went down for a nap while Mal and I took turns working out. I forgot my running sneakers (wahhhh – I love running in Newport), so I did a quickie strength workout in the resort gym. Better than nothing, right?

Once Quinn was awake, we headed to the Top of Newport with Papi and Lori for happy hour. Quinn was still loving his magic trick box and really getting the hang of it, so he decided to go around the restaurant and show strangers his magic show. It was so cute and people really seemed to love it – giving him full on cheers and applause! One couple even gave him $5!! Maybe Quinn has a future in magic! 🙂 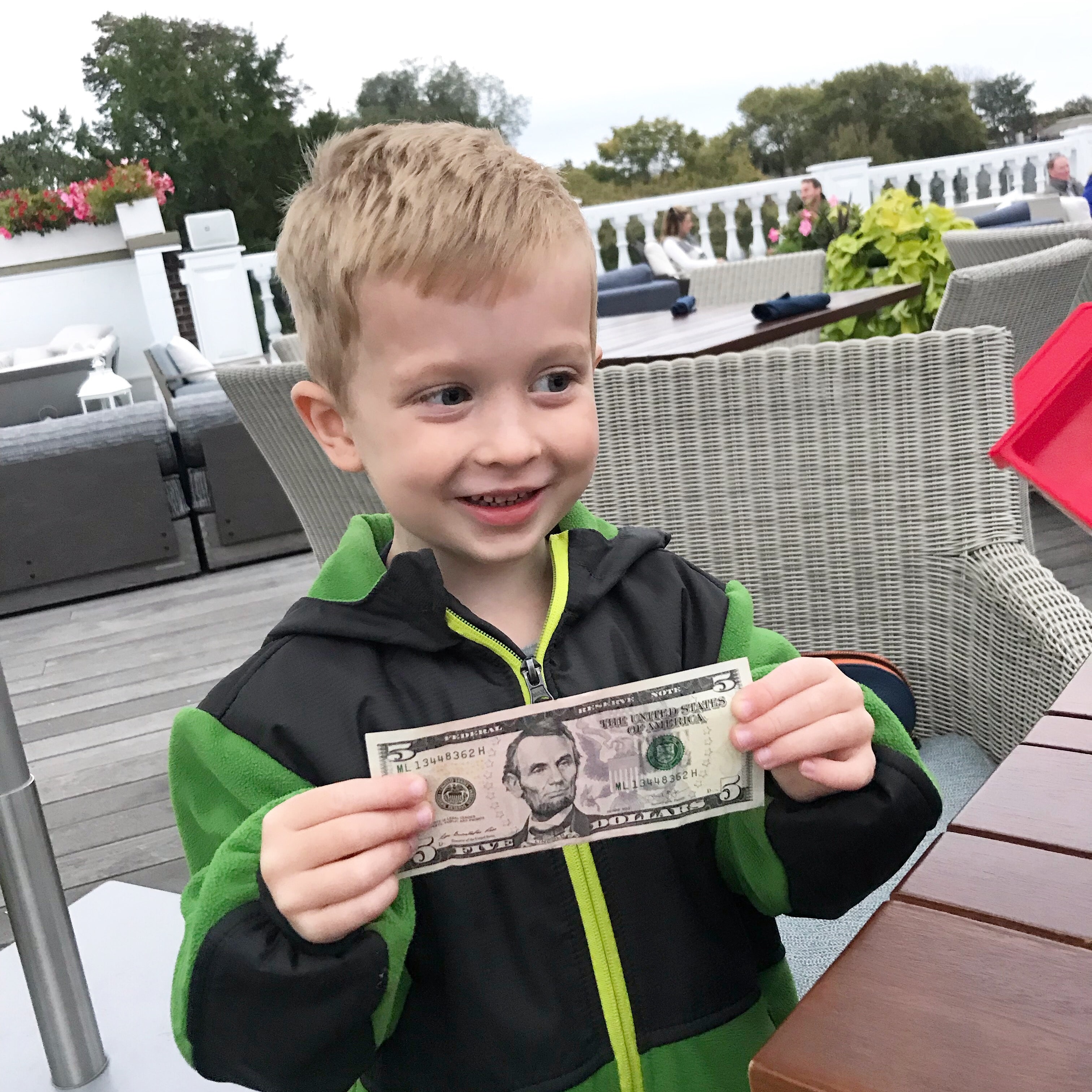 Sunday morning started with coffee at Empire followed by breakfast at Gary’s Handy Lunch (diner). Then, we met up with Papi and Lori for a “morning mimosa” cruise. 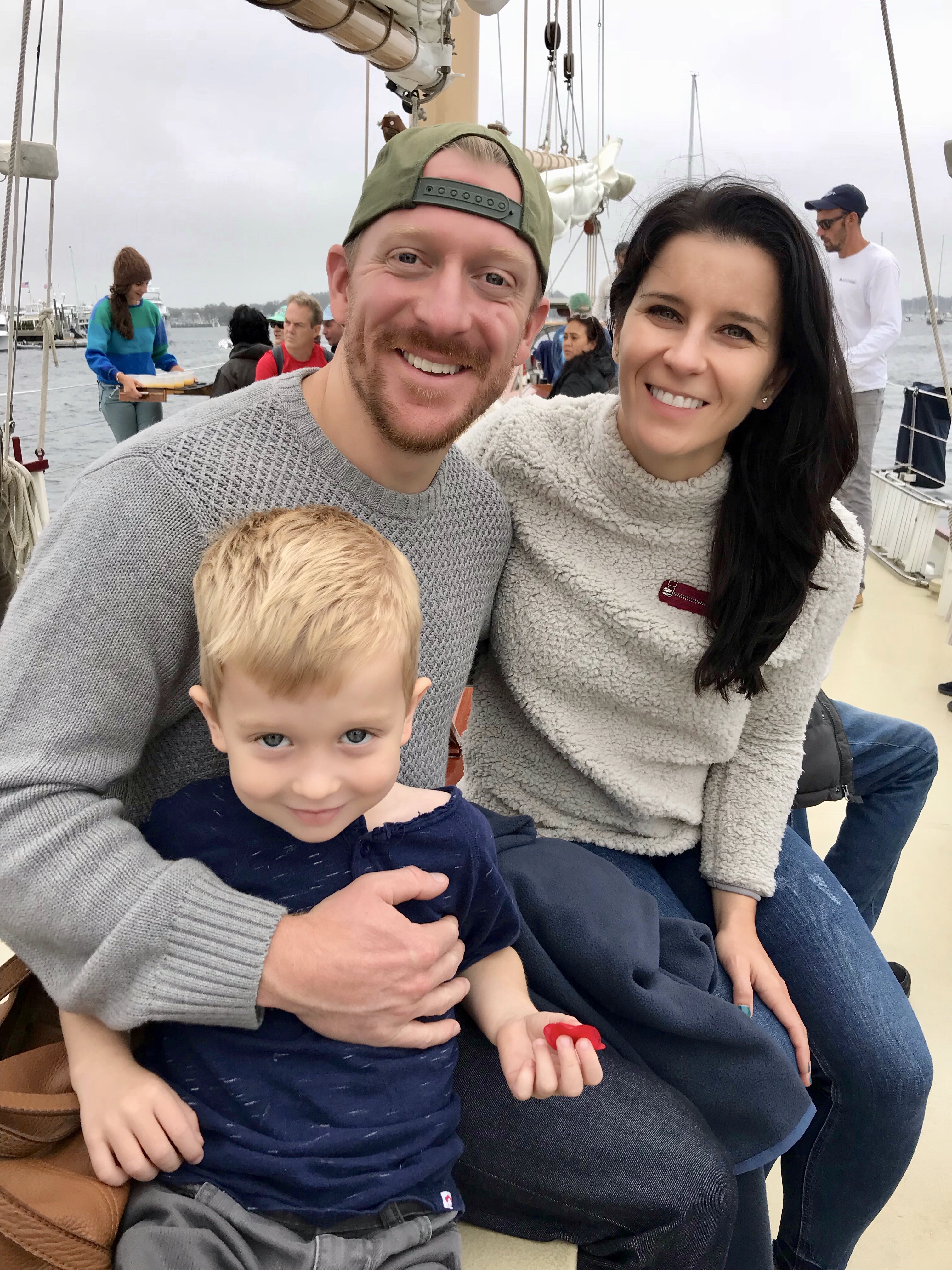 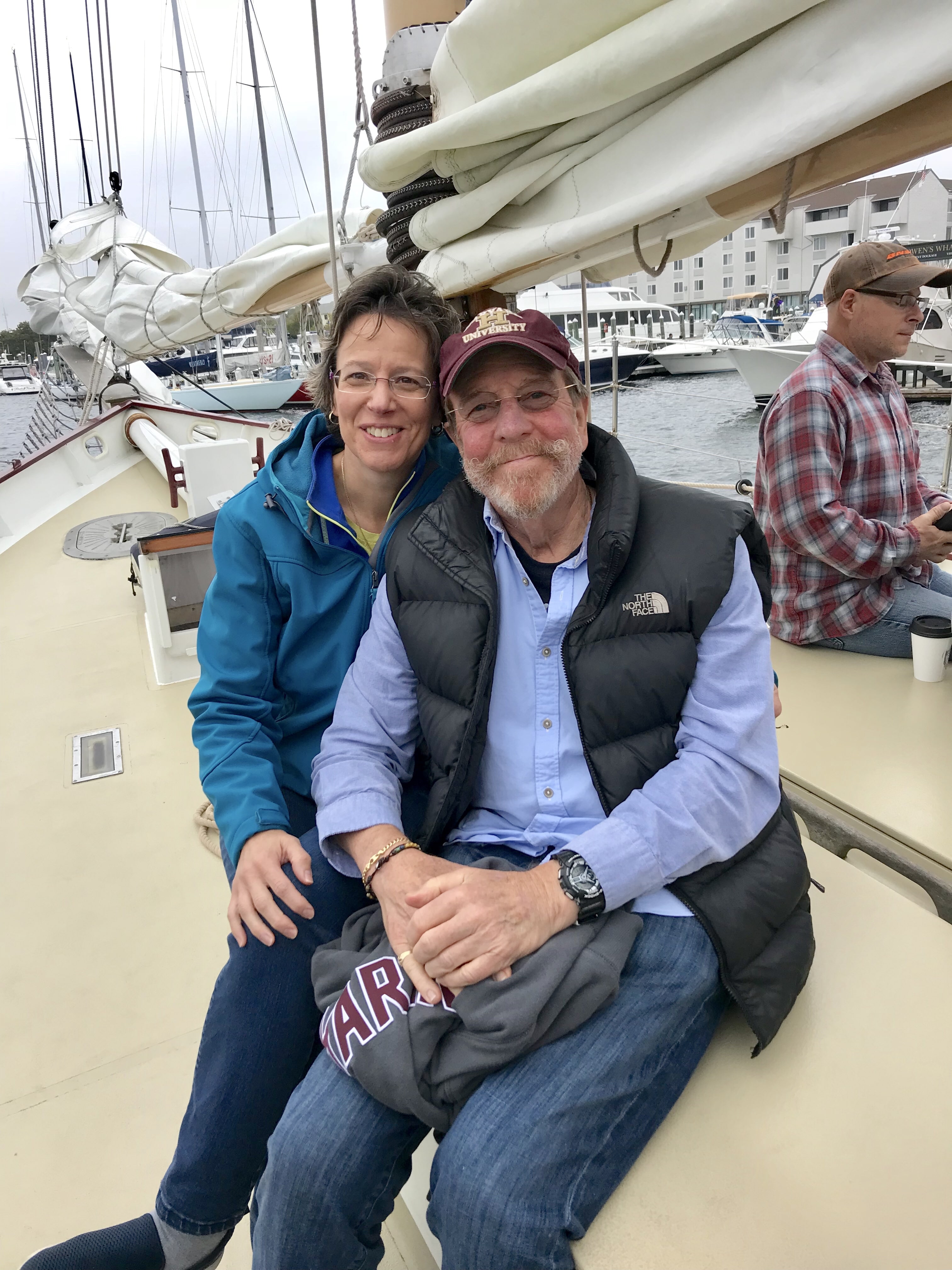 After our sail, we headed straight to the arcade, which Quinn had been looking forward to all weekend! 🙂 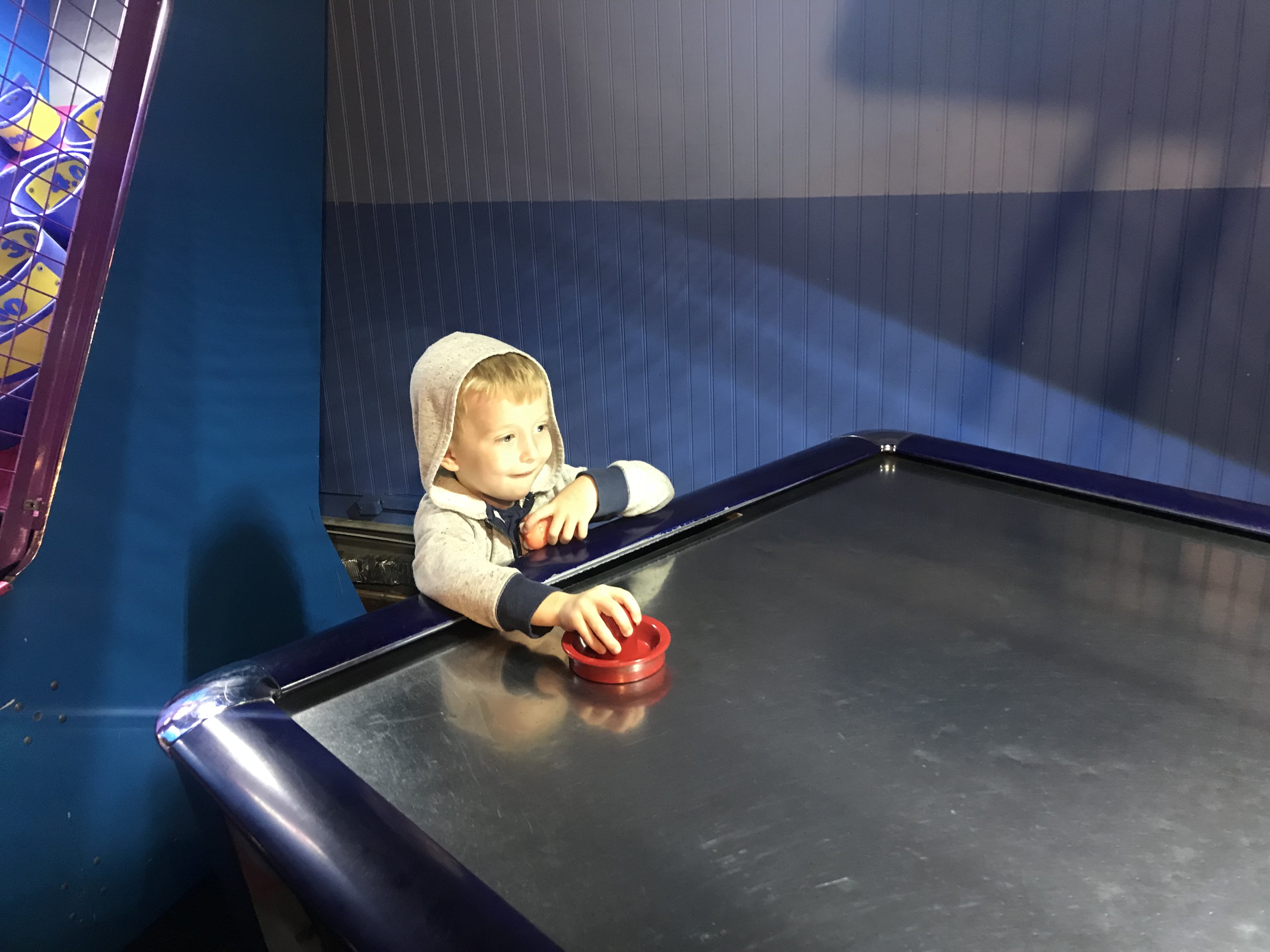 After the arcade, we had lunch at Speakeasy Bar & Grill. We went back and forth about nap time, but Quinn ultimately convinced us that playing in the indoor pool at the Wellington would be a lot more fun! 🙂

We headed to The Lawn at Castle Hill Inn with Papi and Lori for our annual visit – and, of course, snapped a family photo, which often becomes our holiday card photo. This one is definitely a winner! 🙂 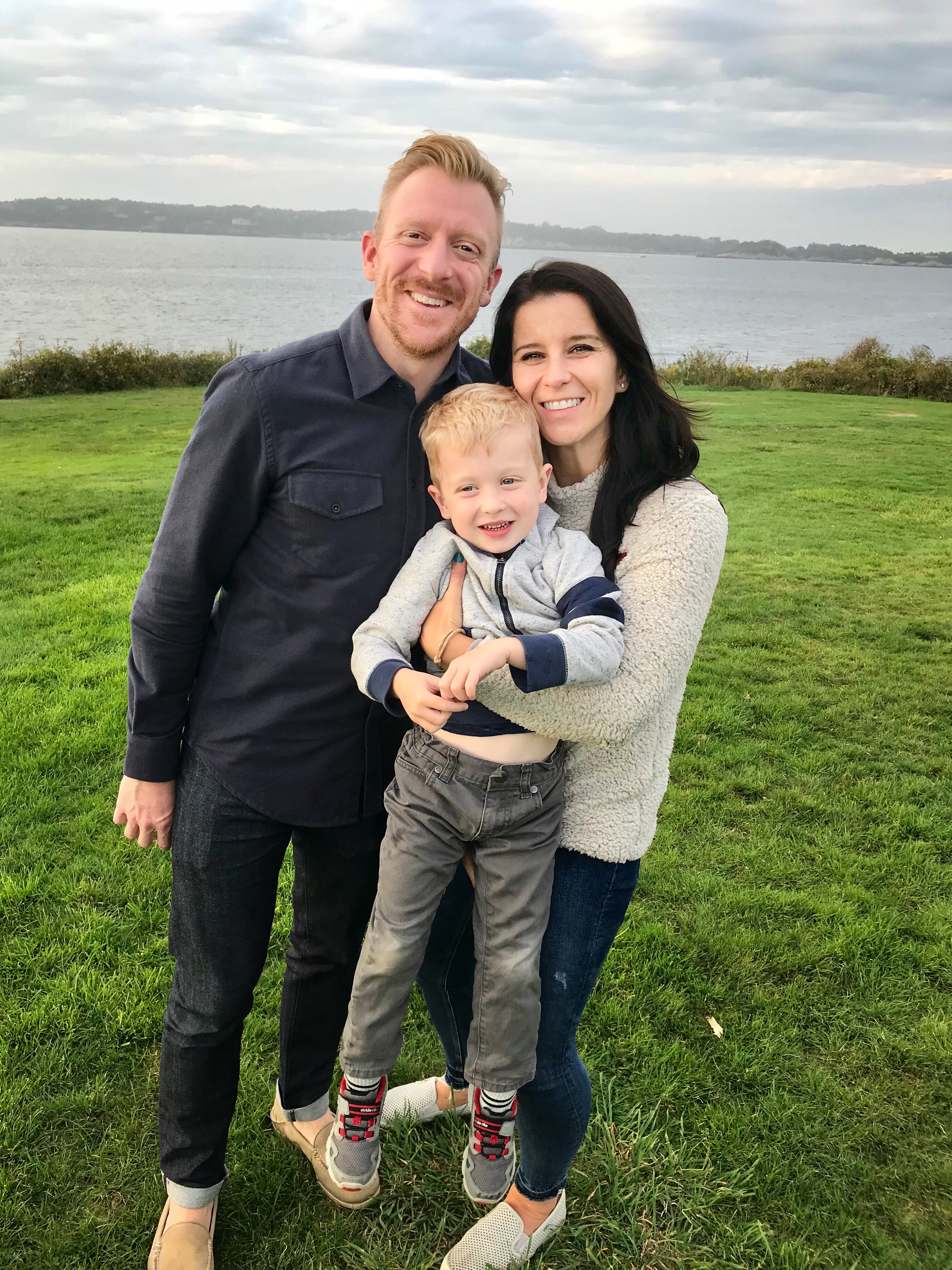 After our time at Castle Hill Inn, we headed back to the condo. Mal and I got ourselves ready for “date night” since Papi and Lori kindly offered to babysit. Woohoo! 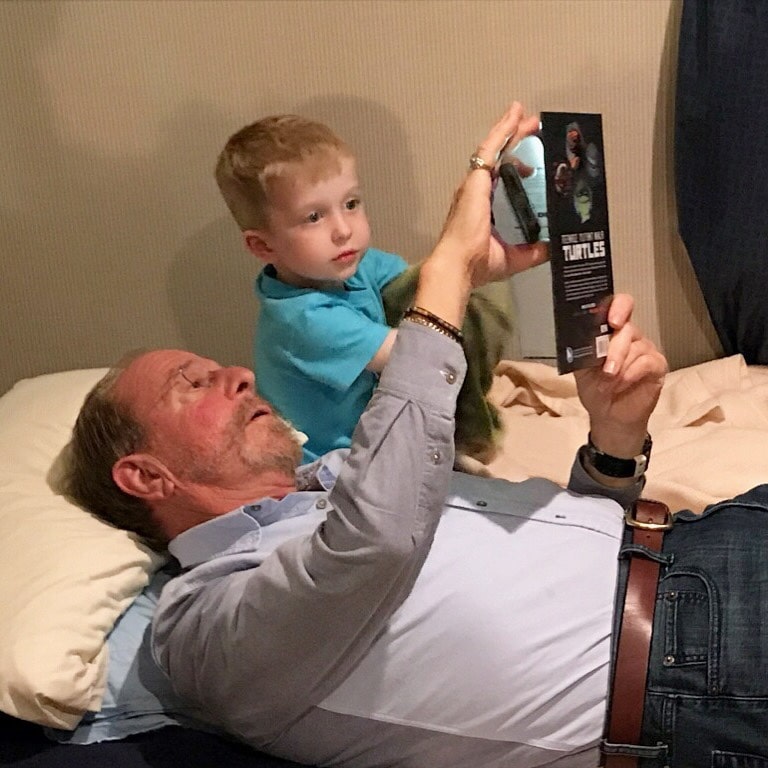 Mal and I went to dinner at the Revolving Door, which was just okay, food-wise. We really had a nice time together – we sat outside by the fire pit and had some great conversation, but the food was just so-so. Whomp whomp. We ended up leaving and grabbing dessert at Scales & Shells, which was absolutely delicious and made up for our dinner experience! 🙂

Monday morning started at Empire followed by breakfast at Gary’s once again – clearly, both are favorites! 🙂 After breakfast, Quinn went bike riding with Papi and Lori, which was the cutest thing ever! 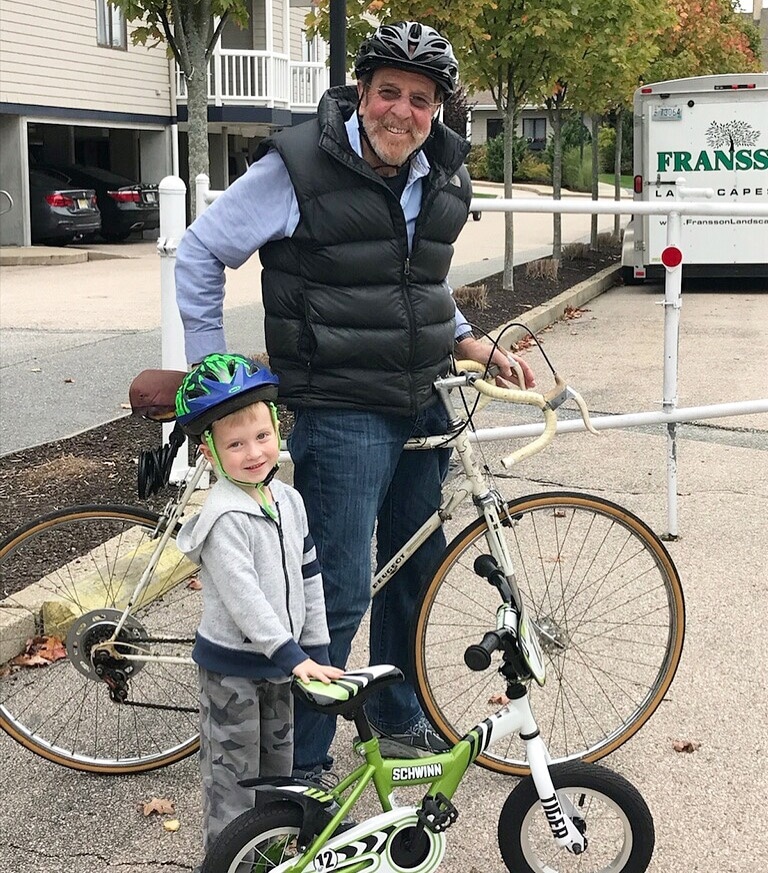 He’s really getting the hang of it, and we’re so glad his first bike ride with other people was with Papi and Lori! Quinn even took the lead as “line leader,” which he was especially proud of! 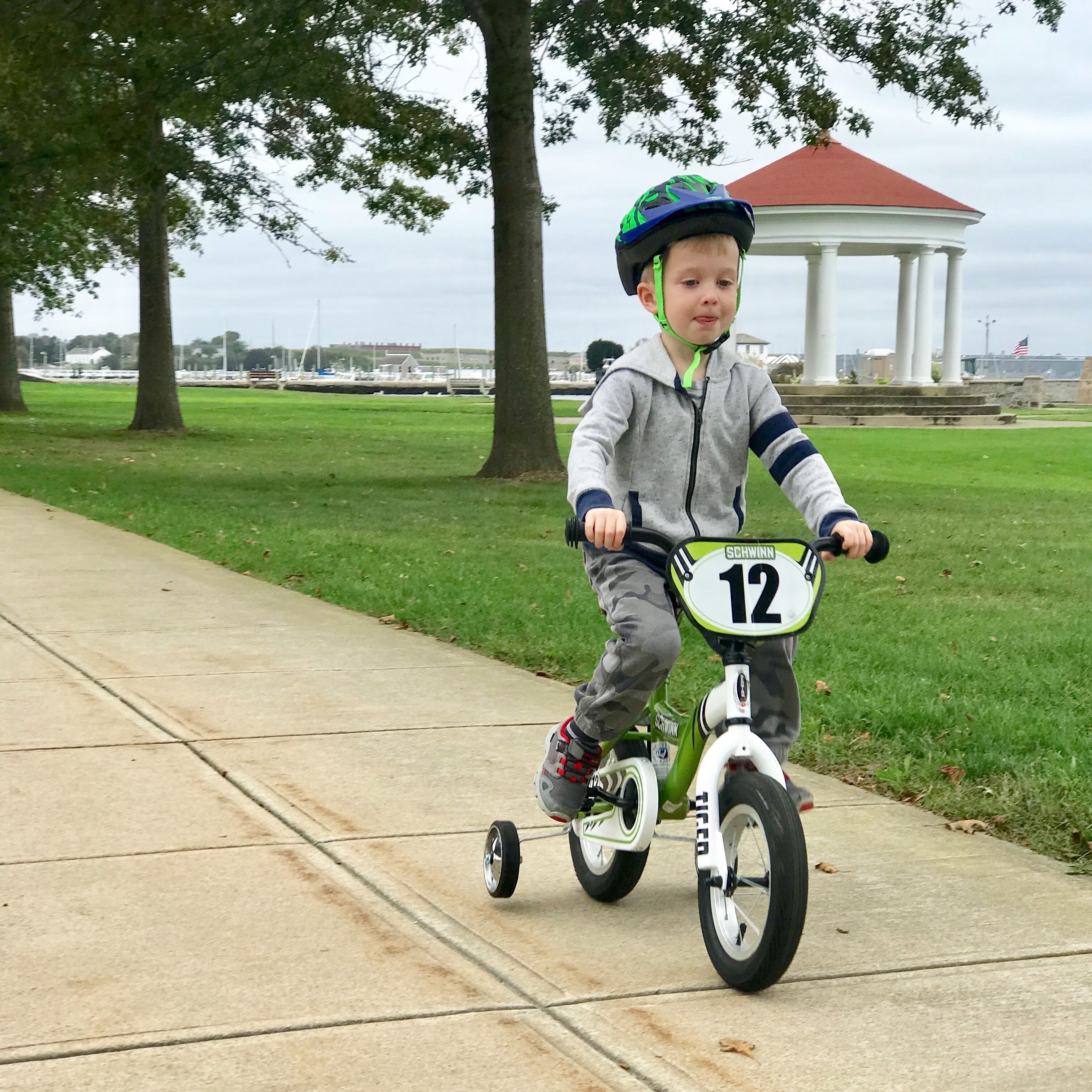 What a weekend! We look forward to our Newport trip all year -and I can’t believe it’s already over. Until next year!