The First Cut Is The Deepest

You can thank Mal for that fantastic blog post title. He sang “The First Cut is the Deepest” as he started to carve our pumpkin, and then he said: “Hey, that would make a great post title.” So, there you have it: The First Cut Is The Deepest. Thanks, Mal! Murphy was hungry at 7:15 this morning, so instead of sleeping in, I got out of bed, fed him, and then took him on a walk to do his business. The gorgeous Maine views instantly made me feel better about waking up so early on a Sunday morning. No one else was awake yet, so I put on a pot of coffee and did some work on my laptop. I love those quiet hours of the morning. A little while later, everyone woke up and gathered in the kitchen. We were all hungry, so Marie volunteered to make some really good pancakes. The guys were psyched that they were off the hook for cooking breakfast. Marie’s pancakes turned out so well. They were light, fluffy, and cake-like. I started with three pancakes with syrup, but they were just so delicious, I ended up eating a fourth one (and then licking my plate clean). After breakfast, we carved pumpkins! I don’t think I’ve ever carved pumpkins outside during the day before. I’ve always done it inside at night. Mal and I carved a pumpkin together, so he cut out the eyes and (evil) eyebrows, and I did the scary mouth. Murphy didn’t know what to think of carving pumpkins. Except that pumpkin brains taste delicious! Mal and I are convinced that Murphy is part pug zombie. Our pumpkin is on the left and Dave and Marie’s are on the right. Marie’s is a dog face! Once the pumpkins were carved, Marie and I separated the pumpkin seeds for roasting. And we went nuts with them! We made three different kinds:

The garlic + Worcheshire were my favorite of the bunch. The Worcheshire flavor didn’t come through too strongly, but the combo of ingredients was just so delicious. I could not stop eating them! The cinnamon-sugar ones were tasty too, but I wish we added more of the spices to them. The sweetness could have been stronger. Shortly after carving pumpkins and eating roasted pumpkin seeds, Mal and I said goodbye to our friends and hit the road to drive home. The pug, in particular, was especially tired after such a fun-filled weekend. Do you carve pumpkins and roast the seeds? What’s your favorite flavor combination for roasting pumpkin seeds? 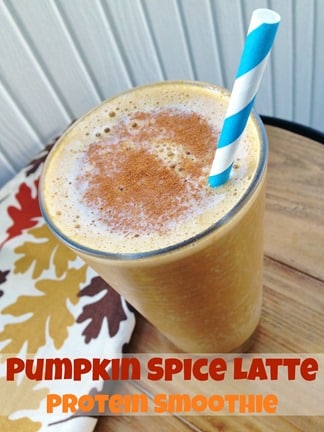 mmmmm pumpkin seeds! I like mine several different ways too–YUMM.

Ha, if only coming up with post titles was always that easy. Honestly, half the time that’s the most tedious part of writing a post!

Anywho, I actually haven’t roasted my own pumpkin seeds in the longest time–probably not since I was a little kid. What a shame! They’re soooo good.

Hi Tina, I just wanted to drop a quick line and let you know that we loved your Jack-o-lantern and included it on our blog today. Have a great Halloween!

[…] Carved by Tina and Mal at Carrots ‘N’ Cake, this one clearly needs some braces with its charming, misaligned […]

Hi! This is a really cool website. I enjoyed looking at your pumpkin carving pictures! Cute pug! 😀