I hope you had a lovely weekend. Ours was really nice with a mix of friend and family time. Here’s a recap via superlatives!

PROUDEST MAMA MOMENT: Quinn learning how to float on his back “like a sea otter.” It’s a skill that he’s been SO AFRAID to try, but he finally made it happen (with the help of his swim instructor at Goldfish). He was so excited and proud of himself! 🙂 (His instructor awarded him a ribbon, which is stuck to his chest.) 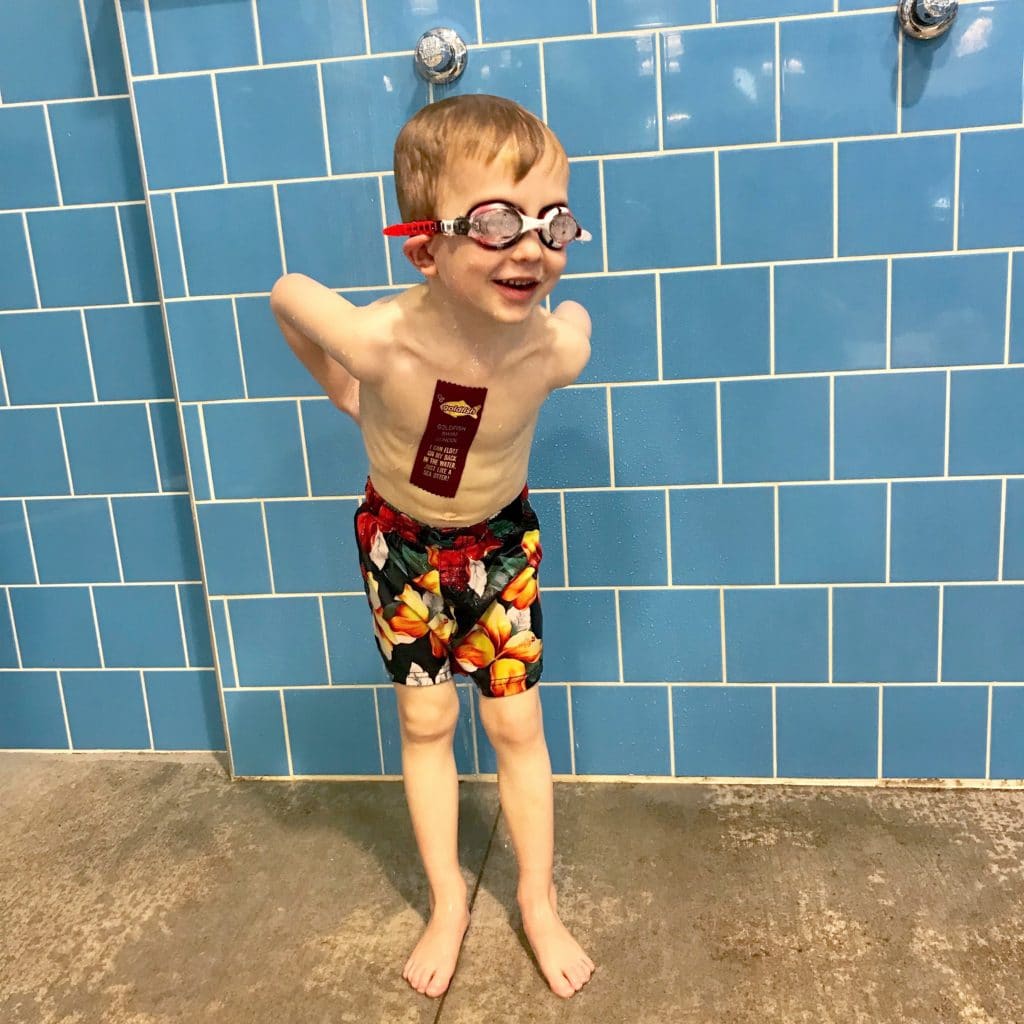 THE BEST THING I ATE: Football Chex Cereal Treat Bars! The nice people at Chex sent us the ingredients to make these fun football cereal bars, so Quinn and I whipped up a batch. They turned out so well and tasted delicious! We brought them to my niece’s birthday party, and they were a big hit! 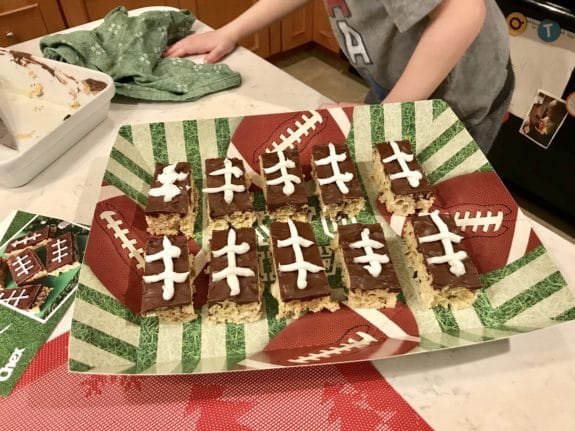 THE BEST THING I DRANK: Kombucha Spritzer! I’m kind of doing “Dry January.” I’m actually seeing Theodora on Wednesday, so it obviously ends then, but I’ve been drinking Kombucha mixed with seltzer, and I’m really loving it. I actually think it’ll end up replacing my wine habit during the week! 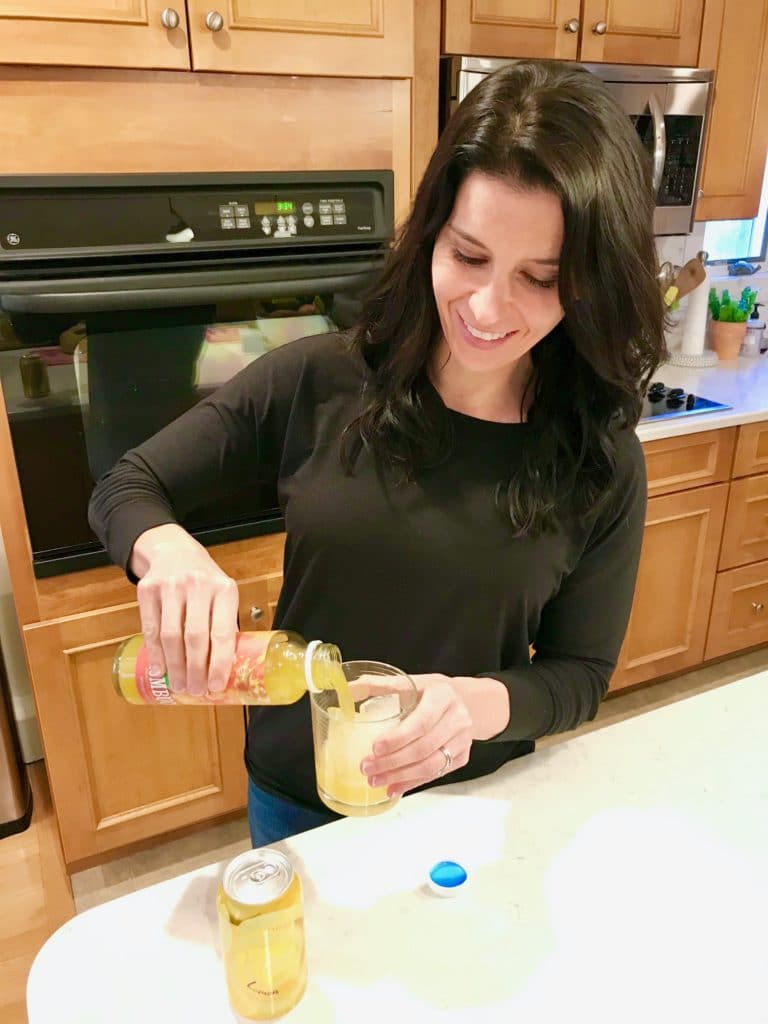 BIGGEST PARENT WIN: Quinn asking for a hot dog for lunch at Rivershed. We went out to lunch with friends, and we were surprised that Quinn wanted something other than white pasta with butter. His meal came with applesauce, and, my gosh, he was pumped for his meal! Ha! Mal and I just love seeing Quinn excited about food because it’s usually such an ordeal to get him to eat anything at all! 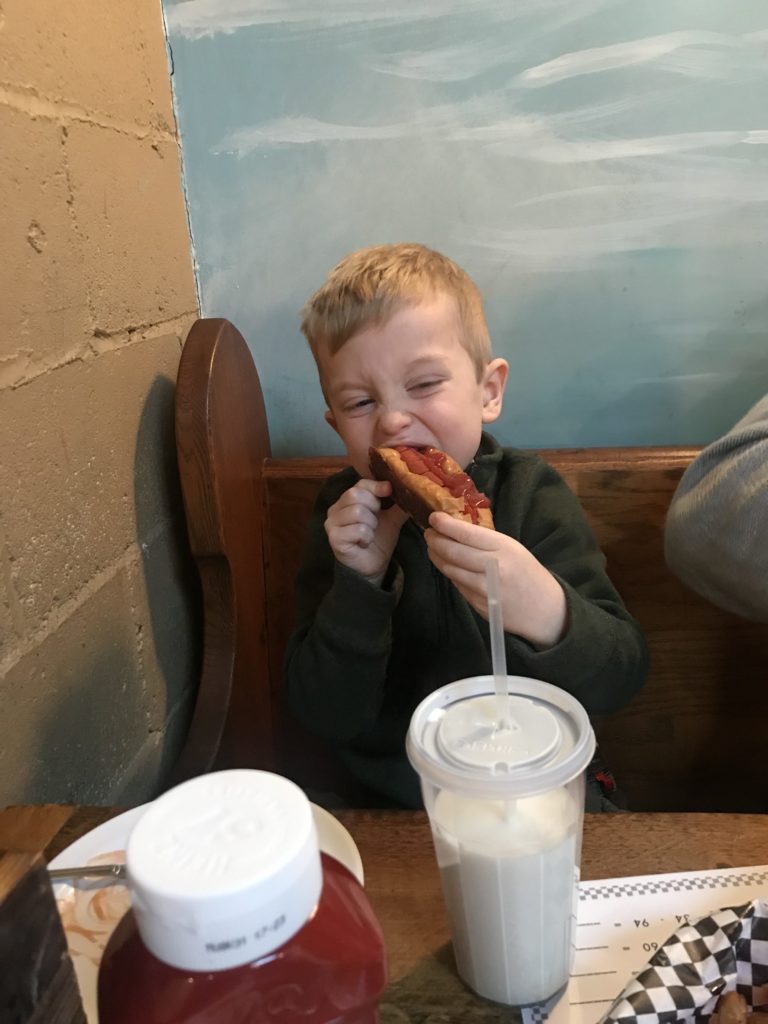 BIGGEST BUMMER: Quinn’s soccer practice. After Quinn’s first experience with soccer (Cliffs Notes: it didn’t go well), we were a bit hesitant to sign him up again, but he was persistent and really wanted to try it again. We signed him up for another season, but when we got to practice on Saturday morning, he really wasn’t into it. In fact, after like 10 minutes on the field, he asked us if he could play video games. Whomp whomp. Of course, we stuck it out for the rest of the practice, and we plan to stick it out for the next 6 weeks, soooo, hopefully, Quinn changes his tune. I actually think his reaction was related to his overall confidence. Swimming started the same way, but once he felt confident in his skills, he’s enjoyed it so much more. Quinn assures us that he wants to play soccer, so, hopefully, in the coming weeks, he’ll become more comfortable and start to have fun! 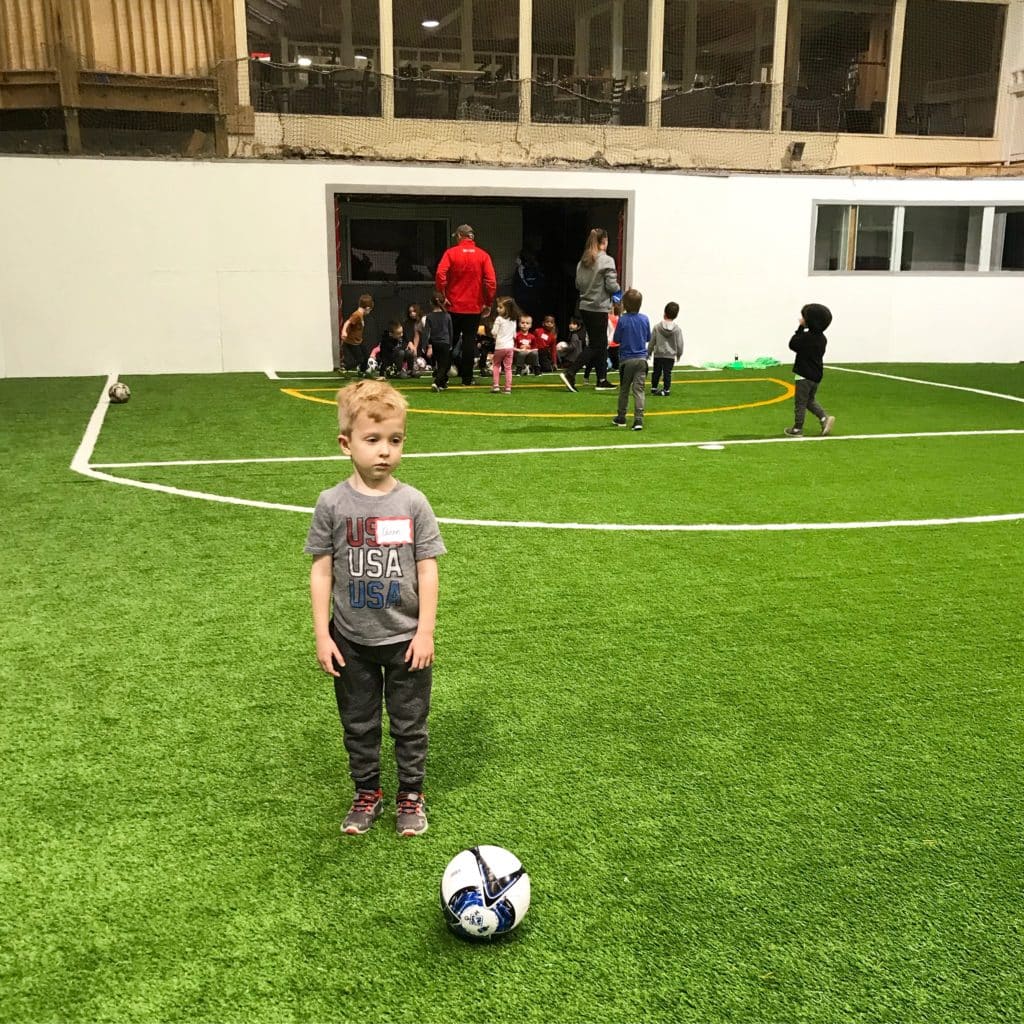 BEST NEW EXPERIENCE: Ion Foot Bath at the Zen Den! I know… it’s totally crazy and a bunch of people messaged me after I shared my experience on Instagram Stories and said it’s a total hoax, but there’s definitely some truth to it. Check out this blog post that explains the science behind it. It’s really cool! (I tried to find pH strips to do the urine test before and after, but no luck. Next time!) And if you’re local and want to try a foot bath for yourself (or any of the other services at Zen Den), you can save 10% with code CNC10 (or just tell them that I sent ya)! 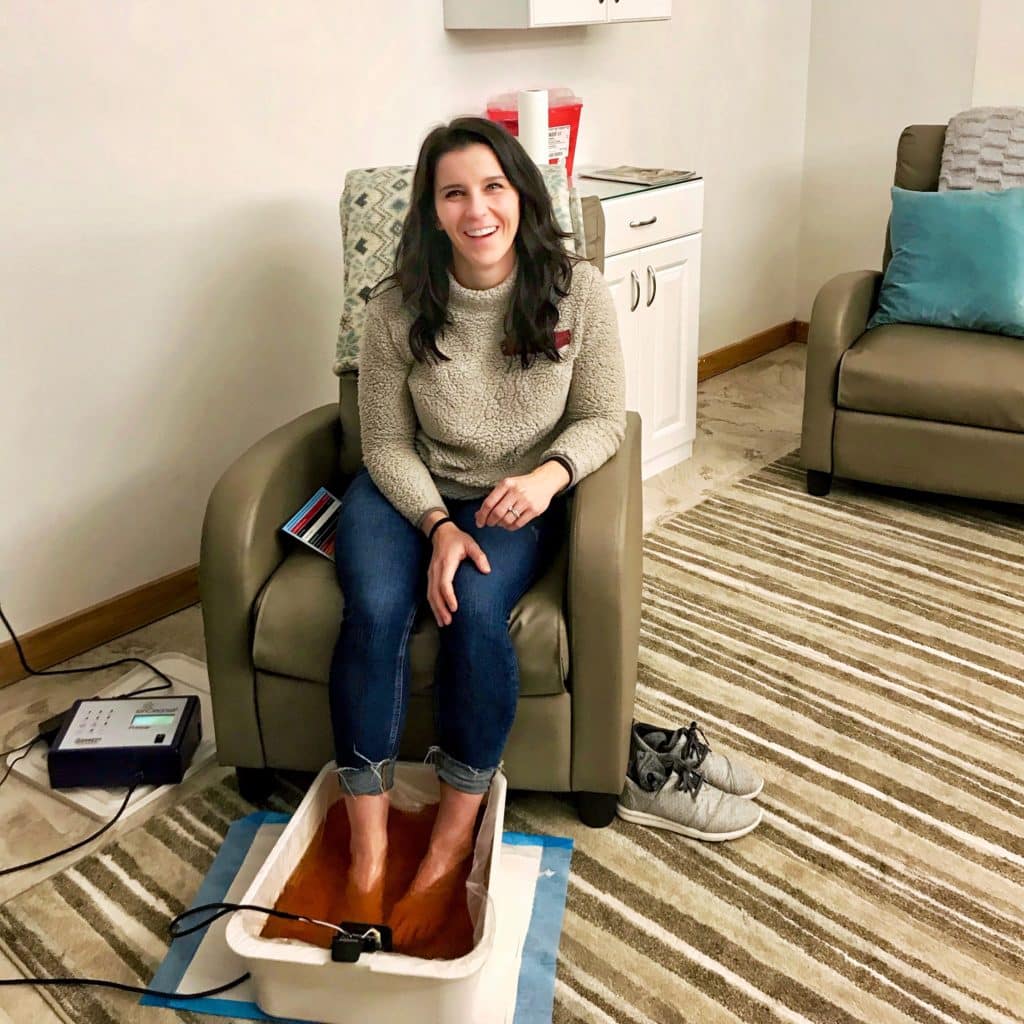 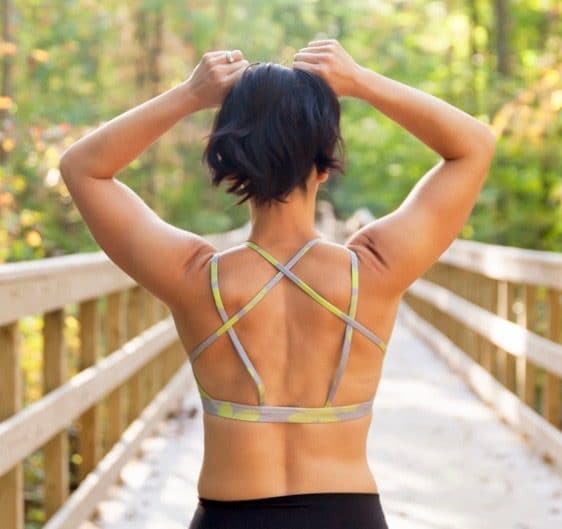 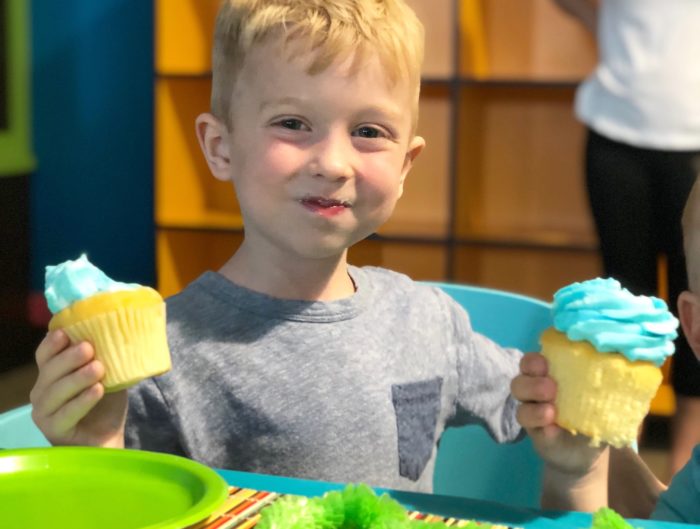 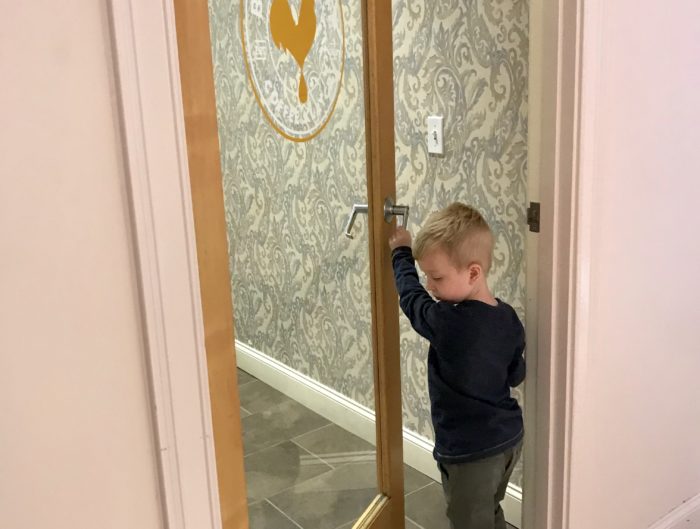 I’m doing Dry January too. I’ve been doing the Kombucha/seltzer spritzer, and LOVING IT!! It’s def a keeper after Dry January. Have you found any good combos?!

Oh my gosh…that soccer picture made me laugh…he looks miserable! It’s funny after reading your blurb about it.

I did the foot bath two weeks ago! I liked it. I will definitely try it again too.

It doesn’t take too long of a literature review to show that there isn’t much evidence to support the ionic foot detox trend: https://www.ncbi.nlm.nih.gov/pmc/articles/PMC3228292/ Also worth noting that the pH of urine and the pH of blood are too completely different things! 🙂

@becca: ahahahahaha what even is this??? “detox” has gotten so out of hand, I swear, the pseudoscience makes me want to chuck my pipettes across the room. I’m dying at this study you cited, I love it. These people tested for “potentially toxic elements” with MASS SPEC, doesn’t get much more conclusive than that lol. And one of the urine samples was “lost in transit” DYINGGGGGG. Thank you for the actual science, Becca, and for this chuckle, I needed it today.

I used to make that kombucha cocktail during whole 30. SO yummy!

@becca: ahahahahaha what even is this??? “detox” has gotten so out of hand, I swear, the pseudoscience makes me want to chuck my pipettes across the room. I’m dying at this study you cited, I love it. These people tested for “potentially toxic elements” with MASS SPEC, doesn’t get much more conclusive than that lol. And one of the urine samples was “lost in transit” DYINGGGGGG. Thank you for the actual science, Becca, and for this chuckle, I needed it today.

And look how good we were having smoothies instead!