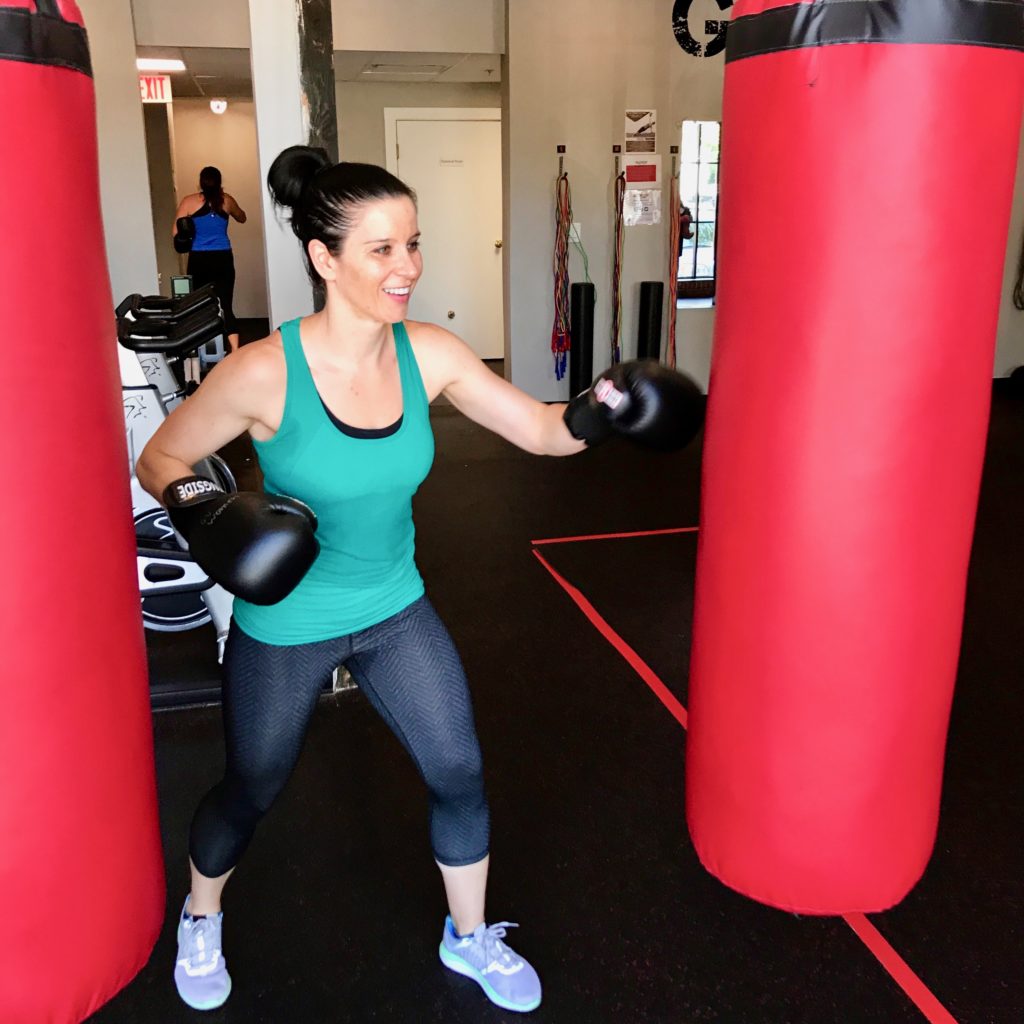 Happy Monday, friends! I hope you had a wonderful weekend! Ours was busy with plenty of food, fun, and fitness! Oh, yea, it also included some much-needed sleep too. It was a nice mix for sure!

On Friday afternoon, Mal and I hit up Orangetheory for a fitness “happy hour” of sorts, which is our new favorite way to kick-off the weekend. We keep saying we’re going to get cocktails after class to make it a real happy hour, but we still haven’t yet. (I know!?!) Maybe next week?

Friday night was low-key. We ate dinner and then watched The Good Dinosaur (<— really cute!) with Quinn and then we all went to bed early. Yeehaw. Crazy Friday night at the Haupert household!

Saturday morning started with a partner workout at Salt Shack. My friend Marisa and paired up and finished in about 18 minutes. Running with a 14-pound medicine ball was by far the hardest part of the workout. My lungs felt like they were going to explode out of my chest! After CrossFit, Qman and I headed to Coffee Shack to celebrate National Donut Day a day late. I actually asked him on the actual holiday if he wanted a donut from Dunkin’ Donuts or wanted to wait to go to Coffee Shack the next day. He picked Coffee Shack. Smart kid! 🙂 Check out the “chocolate donut” that we shared. Ridiculous, right?! My gosh, it was delicious. SO MUCH FROSTING!! After that, we headed home to play outside on the swing set, which included clearing some fallen branches into the woods. I love that Qman takes his jobs so seriously! Haha! We played outside until lunchtime. Then, we ate lunch together before Qman went down for a nap.

During nap time, I did a few chores around the house, but I did not break out my laptop to work, which was awesome. Now that I’ve (finally) set some work-life boundaries, I feel like I have so much free time! I actually parked my butt on the couch and watched a couple of episodes of Real Housewives, which was such a treat! When Quinn woke up from his nap, we had a snack on the back porch before playing outside on the swing set again. Our swing set “investment” has already been worth every cent. Quinn plays on it ALL THE TIME! We only played outside for a short while before it started raining… and Qman ran inside! Haha! After that, we had dinner and then finished off the night with some “bus” (aka the iPad) and some magazine reading (for me) before getting in pajamas, reading books, and going to bed. (We had lots of early nights this weekend!) On Sunday morning, Mal, Quinn, and I headed down to Cohasset to take a class at Glove Up Boxing & Fitness. One of the owners recently invited us to try a class and they have childcare on-site, so we were ALL about it. Sunday Funday! The class was a ton of fun and much harder than we expected. It was 45-minutes of high-intensity training with plenty of boxing mixed in. The instructor utilized all sorts of tabatas and plyometric movements, so it was never the same thing twice! Mal and I kind of felt like “fish out of water” because neither of us had ever tried boxing before, but, man, we didn’t stop moving for the entire class, so we definitely got an awesome workout. We were both so sweaty by the end! Thankfully, Glove Up had showers, so we both took a quick one before heading to brunch at Perch 143. The same folks who own Glove Up also own Perch 143, so they invited us to have brunch after class. It’s actually right upstairs from the gym, so it couldn’t have been more convenient! Perch 143 is adorable inside and the food was excellent. The brunch menu included all sorts of delicious and interesting options, including Duck Confit Benedict, Tequila Cured Salmon, Bread Pudding French Toast, and Chia Oatmeal as well as your more tradition fare, like pancakes and frittatas. I opted for the Breakfast Sandwich Bar, which was basically build-your-own breakfast sandwich – and you guys know how much I love a good breakfast sandwich! I picked eggs, Swiss cheese , and bacon on a gluten-free roll – and, my gosh, it was so good! The bacon was especially amazing! 🙂 After breakfast, we grabbed iced coffees and wandered around Cohasset Village while enjoying the beautiful weather. It was quite the perfect Sunday morning! Have you ever tried boxing?

P.S. Father’s Day is just around the corner!! If your Dad is one of those guys that has just about everything, how about treating him to a set of skin care essentials this Father’s Day? He’ll love having smooth, shave-ready skin all year long!