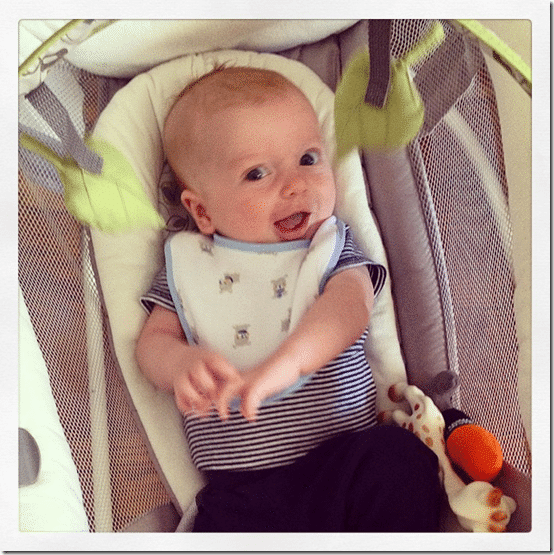 Hi, guys! How’s your Thursday going so far? I’m actually at MGH right now for my colonoscopy, so I wrote this post this morning to update you guys on a few things going on in our lives right now.

I survived the colonoscopy prep… barely.

I remembered the prep being so much easier the last time! Between breastfeeding and being hungry ALL THE TIME + having my appointment in the afternoon instead of the morning, it was a pretty miserable experience at times. Haha! When all is said and done, it’ll be close to 48 hours since I’ve eating any “real” food. I ate 4 boxes of Jello and drank a whole container of chicken broth, but that really doesn’t count as food to me! Mal already told me that he’s going to buy me a chicken quesadilla at Anna’s before he picks me after my procedure, and I seriously can’t wait! And my mom sent me cider donuts and pumpkin spice Milano cookies yesterday, so I plan to eat a bunch of them when I get home. FEED ME!!! Murphy has a UTI, but he’s on the mend.

Murphy’s second urinalysis showed blood and bacteria (and some crystals) in his bladder, so the vet put him on 10 days of antibiotics. She doesn’t think it’s a lifelong issue that will need diet changes and constant monitoring, but she wants to take another x-ray of his bladder after the antibiotics to make sure all of the crystals are gone. And Murphy’s gunky eye is already a zillions times better, so he’s on the mend! Quinn had a rough few days, but I think we figured it out.

My poor peanut. Monday was the start of three unhappy days for him. I know the little guy is overtired, but he won’t sleep because he’s so gassy and uncomfortable, which is a new issue for us. What’s been happening is I’ll nurse him and then he’ll get gassy, burp-y, and spit-up, so I will keep him upright and we’ll walk around the house for an hour or more to try to settle things. I’ve also tried Gripe Water a few times and every burping technique out there with no luck.

Mal and I have called Quinn’s pediatrician three times in the past two days to try to figure out what’s going on with him. The first theory was that Quinn is getting too much foremilk and not enough hindmilk, which is making him gassy and upsetting his stomach. Quinn eats every 3 hours or so, and I don’t make a ton of milk, so the nurse, who I spoke with at our peditrician’s office, suggested alternating breastfeeding with formula to give my breasts some time to really fill up. (I’m sure my 48-hour Jello + chicken broth diet isn’t helping either!) Quinn has had formula from time-to-time in the past, so we gave him a bottle between nursing sessions, thinking it might solve his gas issue. No dice. He was just as gassy after the formula!

The next possibility was that Quinn was sucking too hard on the bottle when we gave him formula, which put extra air in his system and made him gassy. We’ve been using the same slow-flow bottles since he was born, which were never an issue until now. We actually thought the slow-flow were good for him because he tends to suck down bottles in a matter of minutes, so they would slow him down a little. We tried a new nipple and burping him halfway through the feeding, but again Quinn was super gassy and uncomfortable after eating. We asked the nurse if it could be some sort of GERD issue, but she didn’t think so since he wasn’t splitting up that much. I don’t eat much dairy and rarely have caffeine, so we just hoped things would work themselves out.

After a total meltdown and freak-out last night, we called the nurses again. (We are totally those new parents.) We didn’t know what else to do and Quinn was losing it. (I felt so bad for the little guy. I wanted to cry! Ugh, it was awful.) At this point, I think the nurses were out of ideas too, so they thought maybe his new teeth were bothering him. They suggested that we give him some Tylenol and we did, but I don’t think it did much for him because he was still miserable.

Eventually, after crying for three straight hours, Quinn was hungry again. I nursed him and he finally fell asleep. The poor kid; he was totally exhausted. He slept for 8.5 hours last night (with a 3:30 AM feeding) and then another 5 hours after that, so he woke up in a great mood this morning, but, after he ate, things were still kind of rough. He was gassy, burp-y, and crying once again, so I ran out and bought some gas drops that one of the nurses recommended. Within minutes of giving Quinn a dose, he was completely calm and then he went right to sleep in his crib. I think we solved the problem? Maybe? Have an update to share from the last couple of days? Tell me something good!

PrevPreviousEspresso Blondies
Next10 Ways to Stay Active as a Working MomNext