After completing two intense CrossFit workouts in less 24 hours, I am totally spent””but, in a good way, if that makes sense? I worked hard, pushed myself, and now my tired, sore body is ready for some much-deserved rest. Bring on Christmas! I wasn’t planning to go to CrossFit on Friday night, but Mal somehow convinced me to go with him. We checked out the WOD online (our box posts them the night before), and it didn’t seem too bad, so we decided to go. Plus, we didn’t have anything else planned for the night, so we figured why not go? Well, the workout ended up being a lot more challenging than we expected. We started with Floor Presses (five sets of three) where we worked up to our heaviest weight. I got up to 75 pounds, which I was pretty happy about. Then, we moved onto the WOD, which was five rounds of Back Squats where you did as many as possible in 60 seconds (and rested for two minutes after each round). I used 65 pounds and busted out 114 squats in five minutes. My legs were on fire by the end! This morning, Mal and I headed back to CrossFit for a special holiday-themed workout.

The Twelve Pains of CrossFit

Mal made sure to dress festively for it. Let’s just say, “The Twelve Pains of CrossFit” was really something special. In the 30 minutes that it took me to finish the workout, I only stopped a few times to catch my breath on some of the really tough exercises. The Burpee Box Jumps at the end of the workout were ridiculously hard. Thank goodness we only had to do 22 of them! All in all, “The Twelve Pains of CrossFit” was an awesome workout and a great way to spend Christmas Eve morning!

After CrossFit, Mal and I went to Petco and went a little nuts buying Murphy Christmas presents. ”˜Tis the season to spoil your pets rotten! 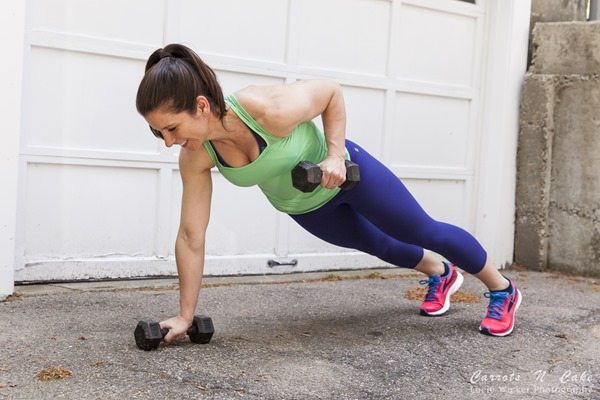 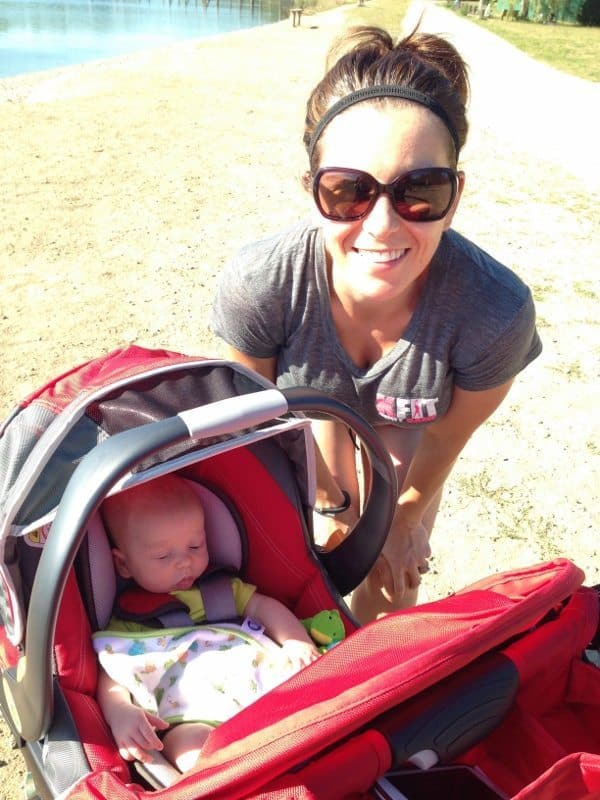 we spoil our pets rotten as well! totally justifiable…at least until the kids come 🙂

Nothing like getting your sweat on before all the holiday festivities! This workout looks like no joke. Merry Christmas 😀

All of your cross fit work is reminding me how badly I need to try it!

Christine @ Oatmeal in my Bowl Reply

Now I see why you put the 12 Pains of Crossfit in one of your tweets. Nice! I was energized to work out this morning, too. Not sure why. Pain = Festive. 😉
Or its I need to work off all the holiday food I have eagerly been stuffing down.

Happy Holidays, to you and yours.

So inspiring!!! I love it when people don’t use holidays as an excuse to write off working out! 🙂

Saw a clip of you on the Oz show! You looked beautiful!

No rest for the weary, eh? Two tough workouts on Xmas Eve, you go girl!

Killer! I started Christmas eve with a workout too but nothing that epic! Have a very merry Christmas!

Glurg. Wow. Sounds intense. But you are way ready for some Christmas feasting now! I had a hard workout, too — then totally regretted it when I spent the rest of the day on my feet in the kitchen. Hmmm. Should have planned better. 🙂

that 12 pains workout sounds like SUCH a killer wow! Our crossfit was closed today unfortunately, I was hoping to get in a good christmas eve workouts. Hope you have a wonderful holiday with your family!

Wow, Two workouts, your crazy! My workout on Christmas Eve was cleaning the house! I spoil my dogs for Christmas two. They each got a toy, that they can’t chew apart! I also bought the 3 different bags of holiday treats and I baked them some sweet potato and apple dog bones!

Merry Christmas to you and your family!

There’s nothing like two workouts and spoiling your babies..:) Merry Christmas!

You go enjoy your Christmas ears- well deserved for sure!

Two CrossFit Workouts in Less Than 24 Hours | About Workout Reply

[…] excerpt from: Two CrossFit Workouts in Less Than 24 Hours Amazon.com […]

tina, merry christmas! update us on how you’re liking cross fit and any changes you’re noticing in in your physique!!

Dont you think you are overdoing the crossfit a bit?

No, I don’t so. I enjoy it and think it’s a great workout.

Aw Murphy’s going to be so excited! You look AMAZING by the way!! Cross-Fit is doing your body well!

Aww I WISH I had a dog to spoil!! 😉 Merry Christmas to you, Tina!

we bought our puppies “pupcorn!” haha not as good as the caramel corn my co-workers gave me for the holidays, but they were happy 🙂 merry christmas!!

[…] am: After a banana and some almond butter coupled with a quick warm up, I completed a “12 Pains of CrossFit” workout I saw on Tina’s site because it seemed festive, fun, and a great total body, heart […]

Oh my! Thank goodness the burpee box jumps were at the end of the “song”. I hate burpees! They make me so winded.

No kidding! Even 22 of them was killer!

Tina, you ARE overdoing the CrossFit and YOU know that (or should with your personal training certification).

Sorry, but I just can’t stand it any more… you are now a certified fitness professional and you are setting a very bad example. No matter how much you try to justify it (enjoying it, feeling a “good” sore, etc.), there’s no getting around the fact that you are pushing your body too hard and being a bit obsessive with the amount of exercise you are doing on a daily and weekly basis.

Thanks for your opinion. I don’t feel like I am overdoing it at all. I enjoy my workouts and I’m already seeing great results. Plus, I love working out with other people and my husband, so I have no plans to cut back on my workouts. Everyone is different, so what’s right for me may not be right for others. I mean, how do YOU know that I’m pushing myself too hard? We all need to make health decisions based on what’s best for ourselves.

Wow. Those workouts both look pretty killer. I really need to try crossfit this year. So much. I guess I need to start researching some local boxes to see what I can find.

[…] was performed like the song “The Twelve Days of Christmas,” but backwards. (We did a similar WOD last Christmas Eve.) So you start with one quick dash across the street and then you do one quick […]