Track Tuesday + Drink of the Summer 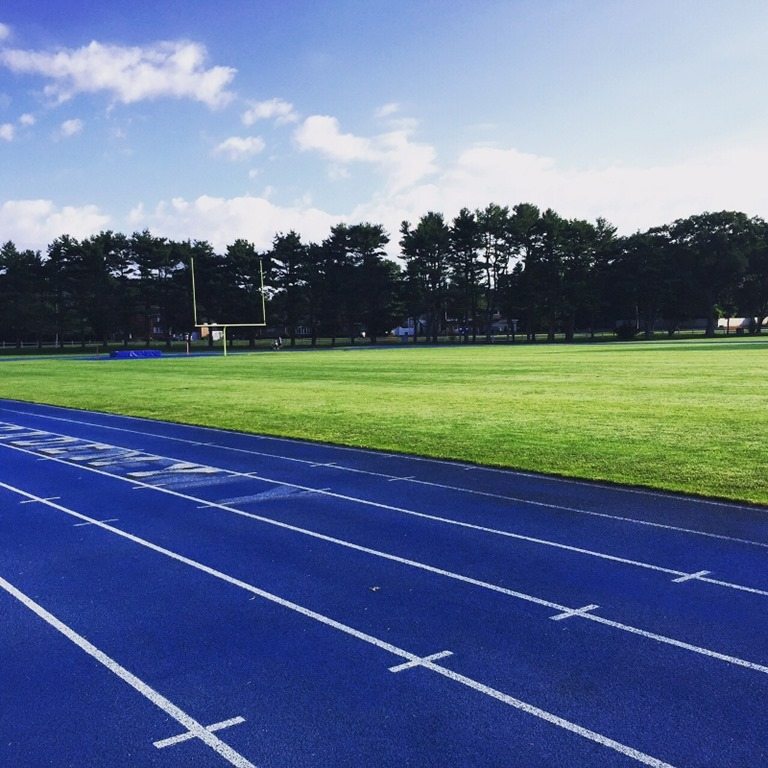 Good morning and happy July 1st to you! June was the quickest month ever, right? Right?! It was a total whirlwind for me. Well, hello, July. I have a feeling you’re going to be even more insane than June, but I’m ready. Let’s do it!

Yesterday started bright and early with a quick snack as I headed out the door to meet my friend Marisa for a track workout. We recently chatted about how much we both enjoy running in the early morning hours before it gets too hot outside, so we made plans to run together. After a 2-mile warm-up, we did the following track workout: 300, 400, 500, 600, 500, 400, 300 with 200 meter walk (full recovery) in between each one. Marisa actually did a 400 meter jog in between each one, which I started out doing, but when my 500 and my 400 recovery lap were basically the same pace, I decided to walk 200 meters instead to give my body a chance to fully recover. It was a tough workout, but I loved beating the heat, running with a friend, and getting my workout done first thing in the morning. Back at home, I whipped up a smoothie with SFH Recovery, blueberries, pineapple, banana, spinach, ground flaxseed, and soy milk. After that, I hung out with my boys. We played, played, and played some more. Eventually, Quinn went down for his morning nap, so I took it as an opportunity to catch up on some work.

Maybe about an hour later, I made myself an egg, bacon, and cheese sandwich on an English muffin, which I ate before heading out to a doctor’s appointment and to run some errands. I had about 10 minutes to kill before my doctor’s appointment, so I snapped a picture of the pretty flowers outside. Haha! After my appointment, I ran a bunch of errands and started to get hungry. I wanted a snack, so I bought a bag of Banana Snakaroons, which were quite delicious. I ate half the bag during my travels. When I returned home, I found the (human) boys playing in a blanket fort, which was the cutest thing ever. Shortly after that, Quinn went down for his afternoon nap, so I whipped out my laptop again and got to work. While I worked, I sipped on my new favorite drink: Watermelon juice (I made it in our juicer) + pomegranate seltzer + lemon. Drink of the summer. What time of day do you typically work out?

Did you build blanket forts as a kid?

What’s your drink of the summer?