Things That Surprised Me About Israeli Culture

It’s been a few weeks since my trip to Israel. I’ve had time to process my experience, and I wanted to share some of the things that surprised me about Israeli culture during my stay. To be totally honest, I was a bit apprehensive about taking this journey to across the world. I mean, Israel is in the Middle East and, with everything happening there and what I’ve heard on the news, I wondered if it really was a good idea to travel there.

The offer to attend Vibe Israel’s fitness tour was just too amazing to pass up and everyone who I talked to from the organization was more than nice and answered all of my questions and concerns, so I knew I couldn’t turn it down that easily. I asked family and friends if they had ever visited Israel, and I was surprised to hear that quite a few of them had been there – and they all had wonderful things to say about the country. I accepted the invitation, but that nervous feeling stayed with me right up until I arrived in Israel. Was it safe to travel there? Would the culture feel “stuffy” and super religious? How were women treated there? Would I be able to easily keep in touch with my family back home?

Looking back, I feel silly for even thinking the things above. So. So. Silly. On the last day of the trip, I actually told the Vibe Israel people that I was surprised how similar our cultures are, but, of course, there were a number of things that surprised me about the culture too.

The LGBT community is widely accepted in Tel Aviv. This is probably the thing that surprised me the most. Religion is huge is Israel, so I just figured there would be mostly traditional views on marriage and relationships (for sure in Jerusalem), but Tel Aviv is whole different story. It actually hosts the second biggest LGBT parade in the world! There’s no single Israeli cuisine. There are foods and recipes that are common to Israel, but most of their cuisine is influenced by other countries. One of my favorite meals was Sabich, a pita sandwich stuffed with fried eggplant and hard boiled eggs as well as other delicious ingredients, and it’s actually known as an Iraqi breakfast. Tech is HUGE. Tel Aviv is a bumpin’ technology center. There are tons of start-ups and famous companies that were started there, including Fiverr, Wix.com, and Max Brenner (ok, not tech, but delicious chocolate). Facebook and other major tech companies even have some of their offices in Tel Aviv. We had the opportunity to spend some time with a bunch of fitness start-ups and everyone was super passionate about what they were doing. We learned about FitScanner, a free body fat scanner and calculator, which is the coolest thing ever. In fact, we already told our Designed to Fit clients about it since figuring out your body fat percentage can be a little tricky if you don’t have a scale that does it for you. Everyone is required to join the army after high school – even women. I was pretty surprised by this and, truthfully, kind of bugged out by it. Maybe because I would be so scared to enter the army at 18 years old. But, what we learned is that it’s actually an amazing experience for so many Israelis when it comes to learning important life skills, establishing strong friendships, and networking that extends well beyond the army. It actually makes a lot more sense to me than going to college, drinking keg beer, and acting like a lunatic for 4 years (like I did). You also get to select from a few areas of the army that you would be a good fit for, so it can narrow your focus for college and jumpstart your career.

There are a lot of dogs (and cats) in Tel Aviv. I thought people in the US loved their dogs, but Israelis take it to a whole new level! There were dogs EVERYWHERE in Tel Aviv. People were walking them, carrying them in their bags, dining with them at restaurants… they were everywhere, which, of course, I loved to see. And the cats… there were lots of strays just hanging out around the city. I thought they were cute, but I got the sense that they were pretty gross, so I guess petting them was like petting a squirrel? Oh, well. Live and learn. There were a lot of shots. I just thought our group was out to have a realllllly good time, but shots of Arak (aniseed drink) were pretty common – at dinner, the airport, and even the spa where we got massages.

There were also lots of co-ed bathrooms. Sometimes, I see co-ed bathrooms in the US. I don’t think they’re a huge deal, but they always kind of surprise me. (I guess I’m just used to the men-women thing.) In Tel Aviv, I feel like almost every bathroom I used was co-ed. Maybe it was just where we went, but I was surprised to see how common it was.

There’s no language barrier. This was a big concern for me going to Israel. I kind of panic when I can’t communicate with someone, so this was most definitely on my mind when I arrived in Tel Aviv. During the trip, there were truly no issues when it came to language. If anything, we had more (hilarious) issues with the British people on the trip. I mean, who pronounces “fillet” (as in fish fillet) “fill-et”? Ha! We had a good laugh about that. Everyone in Tel Aviv, especially the younger generation, knew English quite well. 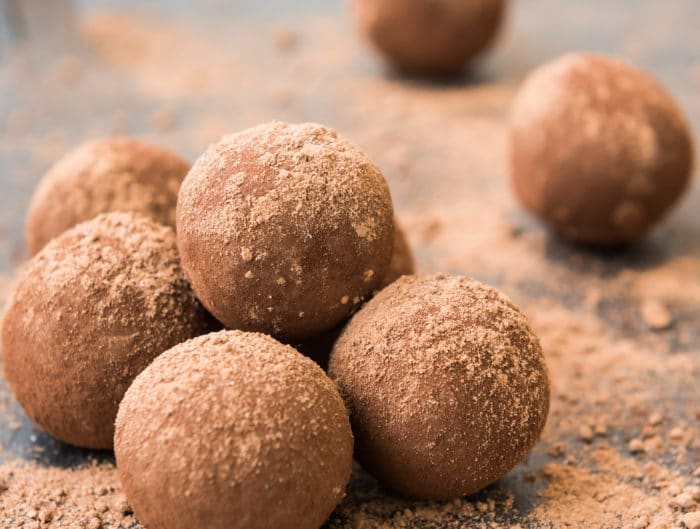 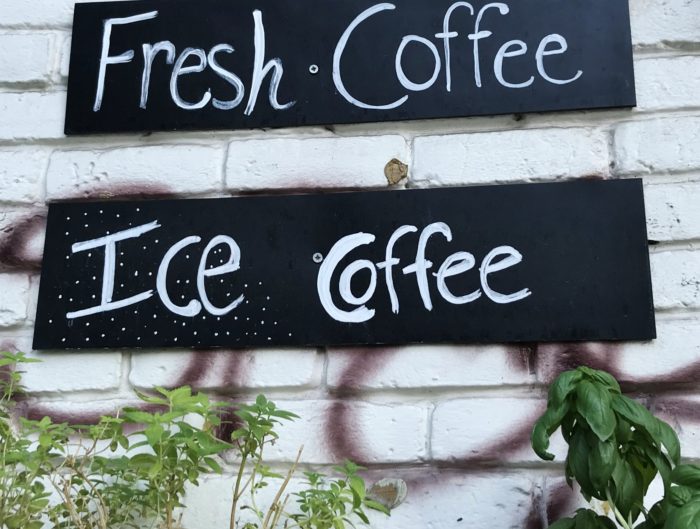 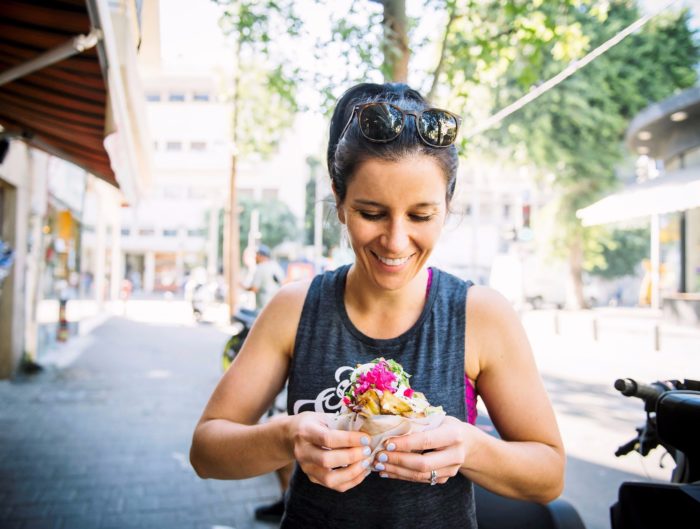 What a great experience….and taking an organized trip is always the way to go.

Tel Aviv is really such a cool, super modern city in many aspects. When I was in Israel a few years ago I had the chance to travel with some soldiers. Everyone grows up knowing that serving is their duty and what is expected of them. It’s really interesting how it influences the society as a whole — everyone goes to college later because of this and all adults have this bond of having experienced that life. Very different in that aspect than here for sure.

Your co-ed bathroom part made me cringe. Since you live in such a liberal area and close to a major city, I’m shocked your “more used to the man-woman thing”. Co-ed bathrooms are everywhere in Boston! There is also far more to them than “man-woman” stuff. It makes people feel safer and more comfortable for reasons beyond gender! Just wanted to point out that point sounded a little harsh or uneducated and I don’t think that is how you meant it to sound.

How interesting! I’ve never heard of someone’s experience of Israeli culture. I’m surprised everyone is required to join the army and that a lot a techie companies have locations there!

I love reading this post – I think I had a lot of the same misconceptions!
Sounds like you had an amazing trip!

Hahah it is a FILL-ET of fish!! Love that you called me out on that!

Haha! It still makes me laugh! 🙂

This made me smile – it’s always so cool to hear about the place my family is from from a new perspective! My parents met in the army, and almost all of their closest friends are army friends. They worked in computer programming-there are a lot of jobs that aren’t dangerous for the most part. It’s such a normal part of culture there. But I can’t even imagine. 18 is SO YOUNG. And there’s NO way I would survive basic training haha.

And oh the cats–my grandma used to let us through leftover food out the window of her apartment to the cats, which I thought was so cool (although, in retrospect, not sure all of it was safe for them to eat). But then one year we left for a wedding and had left one of the windows slightly open and a couple of the cats came in and made quite a mess on the beds. No more feeding the cats after that haha

Hi Tina,
Good post. I went to Israel in 1995 and it definitely changed my life. My only correction is that the requirement for military service (conscription) only applies to Jewish , Druze or Circassian Israelis. Arab citizens are not required. In such a politically charged country, I think the distinction is important.

Thanks for pointing out the LGBT community. It’s surprising in such a religious culture.

Traveling is so amazing for reasons such as these! What were misconceptions about a culture have been clarified and, more importantly, embraced and understood. This has me itching to travel again! It’s been too long!

What an awesome experience! The co-ed bathroom would totally take me by surprise!