The Most Wonderful Time Of Year 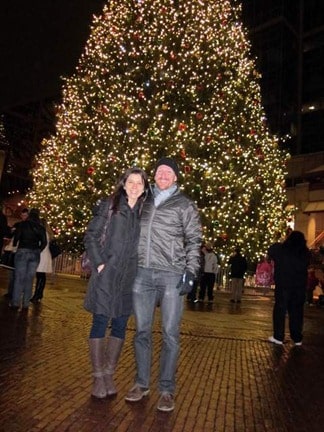 The holidays really are the most wonderful time of year. I’m already throughly enjoying the season and yesterday was full of friends, fun, and (holiday) festivities!

My day started with a CrossFit workout, which was the re-test for the Paleo Challenge benchmark, so we did Jackie again.

The last time I did Jackie, I plowed through the Thrusters and only rested a few times. This time, however, I only managed to do 10 reps at a time before dropping the bar. I guess I went too hard on the row because I was gassed for the Thrusters and wasted so much time on them. The Pull-ups weren’t as bad this time, but they still ate up quite a bit of time for me. I finished 4 seconds slower than my previous “Jackie” time, which, obviously, is not a big deal, but I’m still kind of bummed. I really thought I was going to knock off some serious time. Oh, well. I’ll get ya next time, Jackie! After CrossFit, Mal and I headed home to shower and eat lunch. A couple of hours later, we met some CrossFit friends at Cagney’s for some day drinking. Back in the day, I used to go Cagney’s all the time when it was a total dive, so I was really surprised when our friends suggested it””like, why the heck would they want to go there? Well, I was pleasantly surprised when Mal and I pulled up and saw it had received a makeover. Cagney’s is so nice now””both inside and out! Their menu was completely revamped too. I’m a big fan now! It was fun getting together with CrossFit friends outside of the box! After a few hours at Cagney’s, Mal and I said goodbye and headed into Boston to meet Elizabeth and Nick for dinner and some holiday fun. We met at their condo and then took a cab together to Faneuil Hall, which was all decked out for the holidays. The most wonderful time of year! 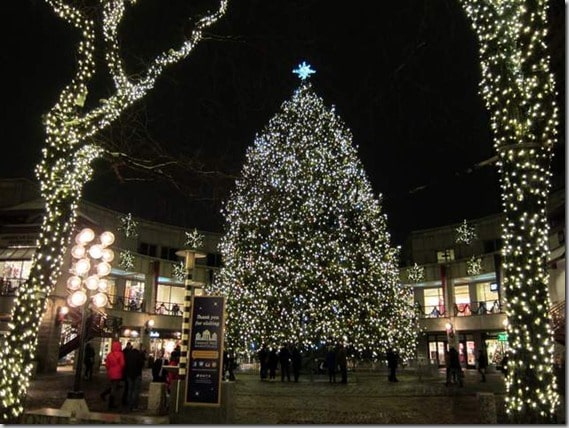 After wandering around Faneuil Hall for a little while, we went to Anthem for dinner. Nick raved about this place, so I was excited to eat there. We started with the Four Cheese Fondue with toasted (and buttered) ciabatta as an appetizer. The fondue was a little watery, but the flavor was excellent. For my entrÃ©e, I ordered the Buffalo Chicken Drumettes, which came with bleu cheese crumbles and ranch dressing. Holy yum. I loved these””tender with lots of buffalo flavor. I also ordered a side of Brussels sprouts with bacon. After dinner, we had about an hour to kill before Blink!, a “light and sound extravaganza” in Faneuil Hall, so we headed to a nearby bar to kill some time. I ordered an Angry Orchard hard cider. Elizabeth told me about Angry Orchard a few weeks ago, so I was excited to finally try it. It’s really tasty and not super sweet like some of the other ciders on the market. It’s a great beer alternative for me! A few minutes before 9:00, we headed outside to see the Blink! show, which was awesome. It was a 3-minute song and light performance where the holiday lights around Faneuil Hall blinked to the beat of the songs that played. We planted ourselves in the middle of the action, but it was neat to see passersby stop in their tracks and enjoy the performance too. It was a great way to kick off the holiday season and a must-see if you’re in the area. Which do you prefer: colored lights or white lights?