Hi, friends! Happy Monday! I hope you had a wonderful weekend. Ours went by too fast, but I’m ready to start the week. How about you?

Sunday morning kicked off promptly at 7:01 AM when Quinn’s alarm clock went off. After that, he and Dada watched TV downstairs while Murphy and I headed out for a walk. The pug and I walked for about 30 minutes before heading home. I was pretty hungry by then, so I made breakfast for the boys and then broke into my overnight pumpkin seed + protein powder oats. And, of course, I added a big scoop of peanut butter to the mix. After breakfast, Mal met up with one of his friends to spend the day doing yard work together. They both had big projects that they needed help with, so they decided to team up and take turns in each other’s yards. I really wanted to do some sort of workout since I didn’t fit too many in last week, so I mentioned running with the jogging stroller to Quinn. I wasn’t sure if he’d go for it, but he asked if he could bring the iPad and it sounded like a great idea to me. I mean, we both would get what we wanted! 🙂 #runhappy Back at home, I took a quick shower and got ready to head out for some morning adventures with Quinn. Our first stop: Starbucks drive-thru. Unfortunately, when I finally received my order, it was basically a cup full of cream. Whomp whomp. I thought about sending it back, but we had already waited a really long time and the line was super long, so I just sucked it up and drank it. After that, we drove straight to Hornstra Farms to visit the cows. We looked for Quinn’s cat friend, but never found him. Bummer. Before we left, we picked out some fresh corn for dinner from the farm store. Our next stop was Jacobs Pond. We explored the walking trails in the woods and played hide-and-seek for a while. We also headed down to the water to check out the people fishing off the dock. Our final stop was at CVS to grab a few items, including new toothpaste for Quinn, which he was so excited about. Our local CVS has a small pond with a bunch of geese outside, so we spent quite awhile hanging out with them. Quinn loved that they followed him back-and-forth along the fence, and we even saying them a few songs while they squawked back at us. It was lunchtime when we arrived home, so I made us some lunch while simultaneously getting ahead on my food prep for the week. After Quinn and I finished eating lunch, I put him down for a nap. He said he was tired and went right to sleep after I read him one book.

I headed downstairs with my laptop to work outside on the back porch. It was a beautiful day, and I just couldn’t sit inside. A couple of hours went by, and I started to feel a little snack-y, so I broke out some Harvest Snaps… and, well, finished off the bag. They were just so good! Quinn slept until nearly 4:00 PM. When he woke up, we quickly got ourselves together to meet some friends at the Marshfield Fair. I wasn’t sure what our plan was for dinner, so I grabbed a bunch of snacks for Quinn and 3 Peanut Butter Protein Balls for me to eat on the road. We met some friends at the Marshfield Fair. It was both of our first times there and we were so impressed. There was so much to see and do – even for little kids. The kiddos had a great time, and I can only imagine how much more fun it will be when they’re a bit older. Quinn even won a fidget spinner, which, of course, he’s now obsessed with! 🙂 After the fair, we were all starving, so we stopped by Cask ‘n Flagon for dinner. I got a turkey burger with sweet potato fries and a glass of wine. It was the perfect way to finish off an awesome day! How was your Sunday? Do anything fun?

What snack are you loving lately? 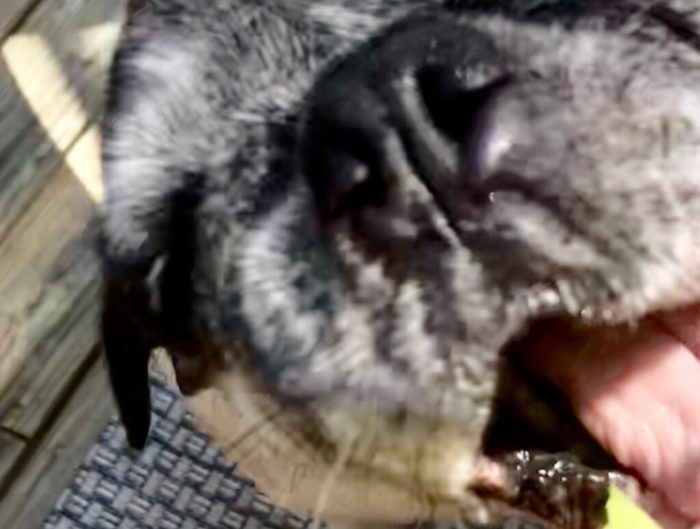 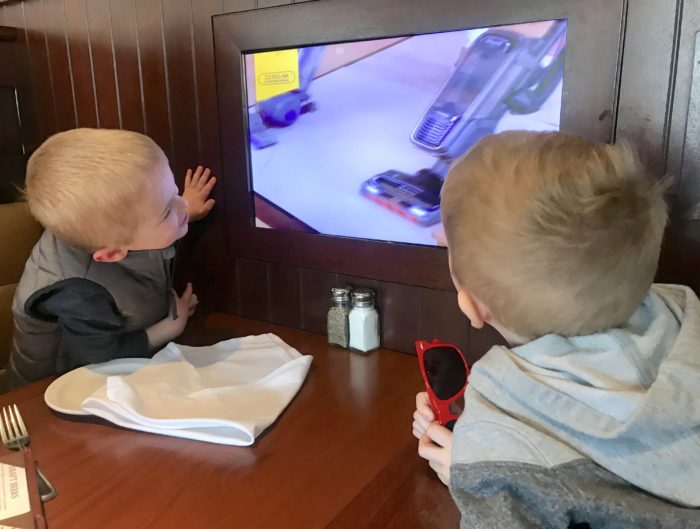 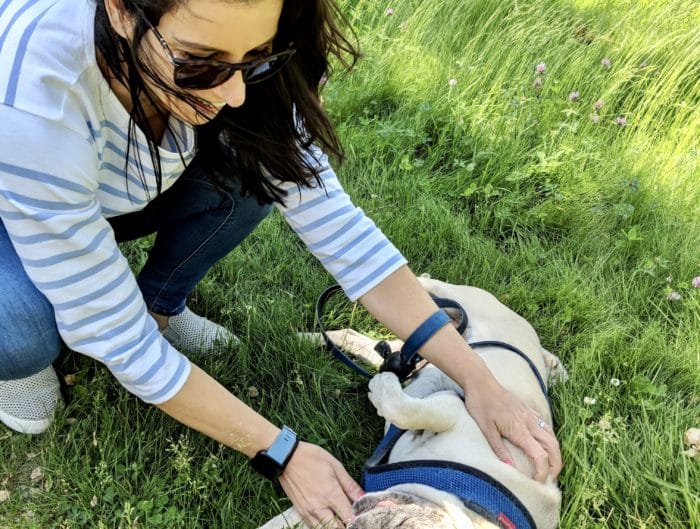 Our Sunday started really well — woke up, made a pot of coffee, walked the dog, etc…

But then — prior to making breakfast — the power goes out. For no reason. No rain, wind, or weather.

It was out for most of the day. Since I have an electric stove/oven — that meant no cooking. I also didn’t want to keep opening and closing the fridge/freezer — in case the power was out for a long while — so that meant we had to take an unexpected trip out and about to find food!

We drove to Tucson yesterday for a golf event then hiked Mount Lemmon. It was a long day of driving and being in the sun, but it was fun. Trying to cram things in before the end of summer!

Saturday was our fun day! We went to a winery nearby and drank white wine outside while our toddler played the grass with a mini football. Win win for mom and dad and kid! We finished it off with brick oven pizza at a nearby restaurant!

I started out my Sunday with a girls brunch, then target, trader joes and scrub the house! Then we watched a family movie together since it was raining- I of course dozed off! It was nice! Then we watched the season finale of Game of Thrones.

My family is all from Marshfield!!! Love the area.

Looks like an awesome weekend! I didn’t do too much with my Sunday aside from yoga (which was awesome), meal prep, and laundry but I went to a baseball game on Saturday which was fun!

I went to Norris Reservation in Norwell. There were some blue herons and a lot of water snakes lounging on the wall next to the first lake.

random question from one New Englander to another– do you guys go to the Big E every year?! i’ve been reading your blog for a few years now but don’t rmbr you talking abt it!

I’ve never been. What is it?

@Tina: The Big E (Eastern States Exposition) is a HUGE fair out in West Springfield- basically similar to the Marshfield Fair but much larger. It goes on for about two weeks in September and during that time they have tons of parades, concerts, rides, carnival games, farm animals, and lots of deep fried fair food! Since it’s the “Eastern States” fair, they have a few exhibits that focus on New England as well. I highly recommend it 🙂

Very cool! That sounds so fun! We’ll have to check it out. Thanks for telling me about it!

@Tina: Yes exactly what Alyssa said! it’s the biggest annual fair in New England– all the states have permanent state houses on the fairgrounds that feature a bunch of foods & products from that state during the fair. there’s also a ton of other food stands/carnival activities/rides/games/concerts/ etc… apparently Smashmouth is performing this year!! here’s the website for more info 😀 http://www.thebige.com/

We enjoyed a bike ride and neighborhood ice cream social!

I spent this weekend running between family parties and social events. It was fun, but totally tiring! I didn’t even know the marshfield fair was going on! looks like fun:)
I’ve been so obsessed with blueberries lately- they’ve become my go-to snack.

Tina, I’m curious if when you order burgers out, if you eat the bun? You mentioned before having a tough time with wheat so I was wondering if you skipped it?

I skipped the bun. 🙂

I’ve found myself wanting chip-like snacks lately, but I don’t want to make a huge habit out of snacking on chips. I also picked up a bag of those pea crisps from Target the other day! I bought habanero, and I can’t wait to dig in!

I NEVER comment but I know Quinn loves the animals and farms you visit – I wanted to recommend checking out Mass Audubon’s Drumlin Farm Sanctuary. It might be a little bit of a drive but I think he’d love it! I’m biased to all Mass Audubon sites because I’m a former employee, but the mix of nature and education and wandering/exploring that are available at all the sites is just great. You were in my old stomping grounds when you ran the Yankee Homecoming race in Newburyport – I worked at the Joppa Flats Education Center! 🙂

Thank you for all of the awesome recommendations!! 🙂