From Seeds to Sushi 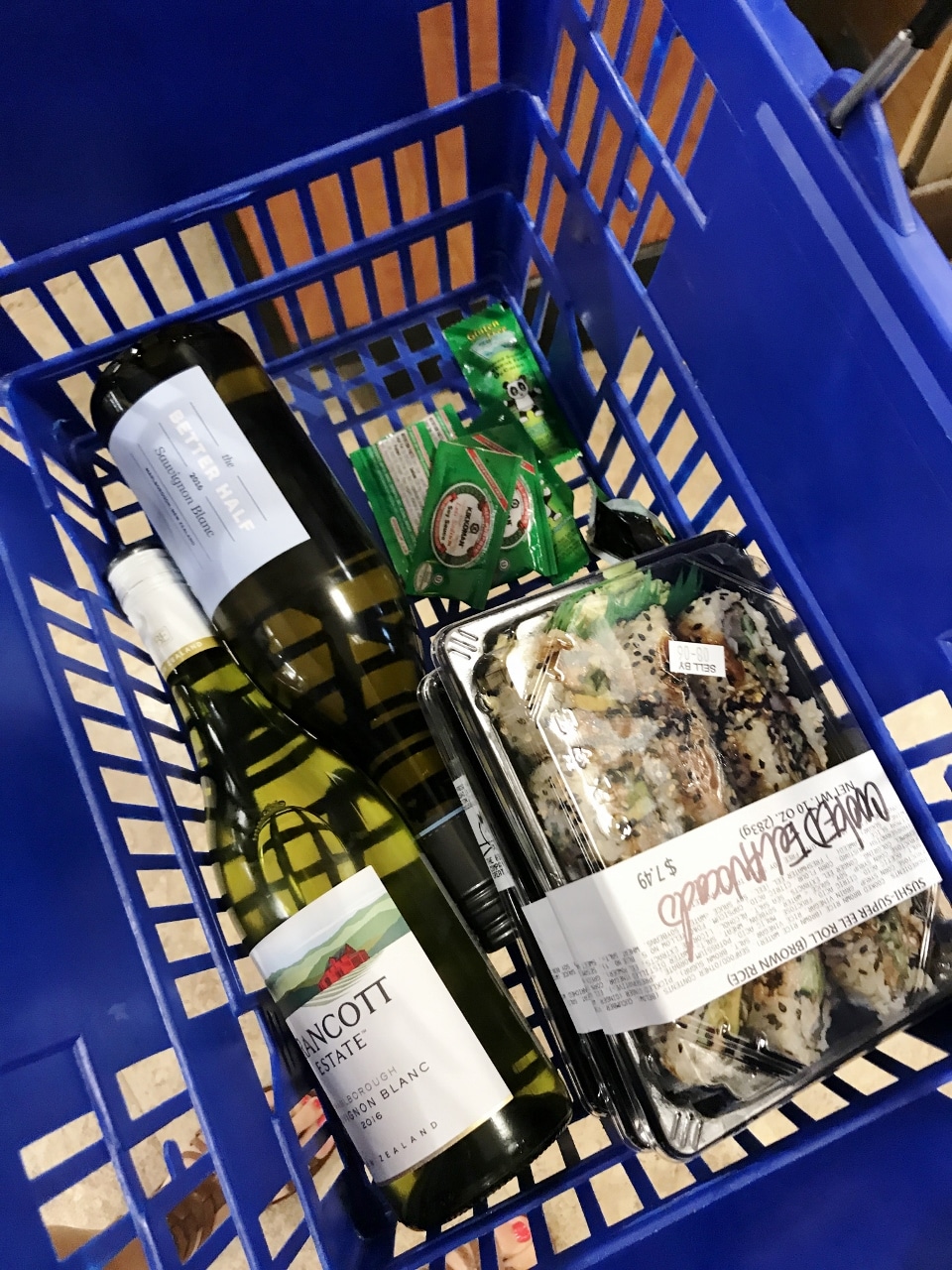 We stayed out pretty late with Qman last night, so he didn’t get to bed until after 9:00 PM. He was exhausted, so, not surprisingly, he went right to sleep when we got home. A late night here and there isn’t usually an issue for him, but he woke up FIVE times last night. Five! It was totally unlike him, so we’re not quite sure what happened. Maybe his brain was still amped up from the live music? I dunno… he didn’t say much when we asked him, but we’re all pretty tired today.

Qman and I were awake (for the 5th time) at 6:00 AM. We went downstairs, watched a little TV, and ate breakfast together. Recently, I’m loving a seed-tastic overnight chia-flax oatmeal, which is quite delicious, especially with a big ol’ scoop of nut butter. In the mix: 1/4 cup oats, 2 tbsp ground flaxseeds, 2 tbsp chia seeds, 1 scoop collagen, 1/4 cup goat milk, and 1/2 cup water.

Qman barely ate any of his breakfast, but he downed a Minion banana! 🙂 A little before 9:00 AM, we all headed to CrossFit for a Saturday partner workout – and, boy, was it a good one! Ok, well, honestly, it kind of sucked. I’m not sure if it was the humidity or I’m just out of shape, but I was struggling. After class, I refueled with a Churro protein shake mixed with iced coffee and goat’s milk. Back at home, Mal and I played Candyland with Qman before having lunch together. On the menu: Spinach salads with chicken (and random veggies from the fridge) for the adults and leftover pizza with garlic hummus, cucumber slices, and blueberries for Qman. After lunch, Quinn went down for his nap. I immediately broke out my laptop to catch up on work, but I had the CrossFit Games on in the background. 🙂 Mid-afternoon, I snacked on microwaved blueberries mixed with creamy almond butter. It’s so good – you gotta try it! Soon after that, Quinn woke up from his nap, so we got ourselves ready to go to our friends’ daughter’s first birthday party. It was a lot of fun, especially seeing the birthday girl enjoy her first taste of cake! 🙂 On the way home, we grabbed sushi and wine for dinner. Mal and I both had a craving for sushi and neither of us wanted to cook. Mal and I watched 13 Reasons Why (<— we heard mixed reviews, but I’m totally hooked), snuggled with Murphy, and then hit the hay. What an awesome Saturday! 🙂

Have you watched 13 Reasons Why? Thoughts?