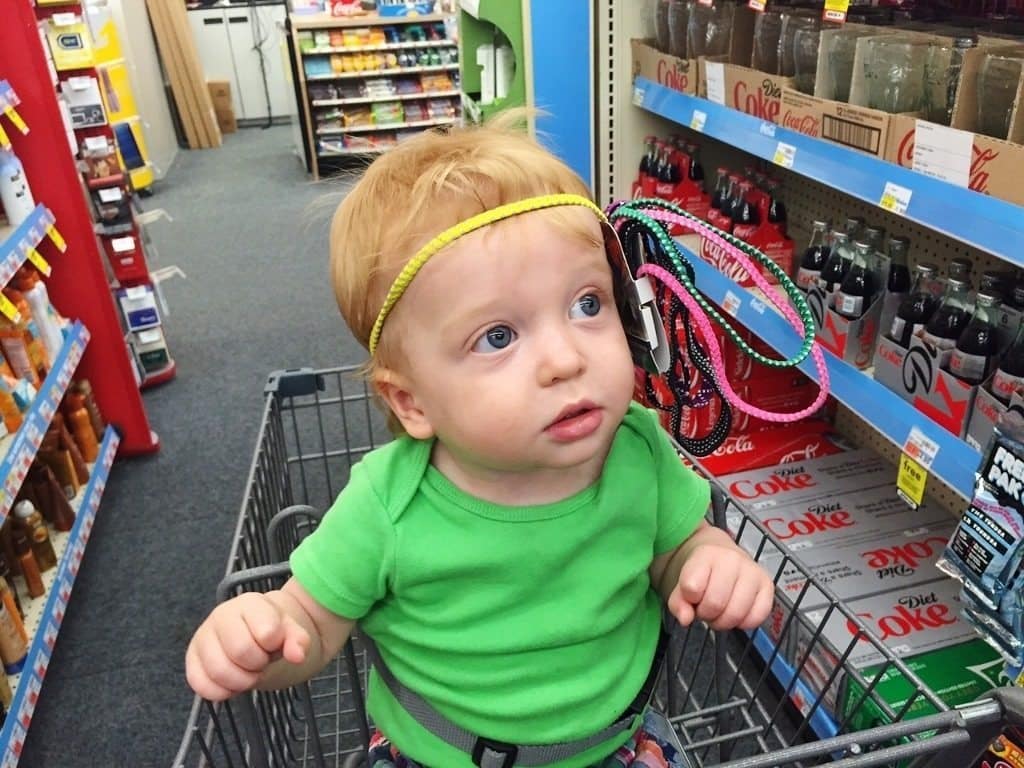 It’s time for another Photo Dump! I know you guys like these kinds of posts (I love them too!), so here are some random photos from my iPhone! Enjoy!

Splashing around with Dada at Funny Farm. The little guy had such a blast playing in the pool! Donut selfie. Clearly, I get really excited about donuts. This Coola Sport Organic Suncare Broad Spectrum SPF 50 + Plant Protection is awesome. I snapped a photo to remind myself to tell you guys about it. It’s water resistant, made with organic ingredients, and smells just like a piÃ±a colada. Quinn walking Murphy during one of our recent walks. Too cute. Quinn and his “new” silver case. The case was part of an old poker set, so Mal wanted to throw it away, but I asked him to save it for Quinn. I just had a feeling he would like it. Quinn ended up playing with it for a really long time and now puts all sorts of stuff inside and carries it around the house with him. Quinn and me just having some fun at CVS! I own a million headbands, but I bought more. I have a headband problem. An oatmeal raisin white chocolate chip cookie from a media visit at Gillette Stadium. I still need to write my recap about the New England Revolution! Quinn sitting on Murphy. I’m telling ya, Murphy is the best pug brother. He deals with a lot of toddler antics. Just hanging out with my pet sloth. Pugs are the weirdest. Fun with balls! Quinn kept leaning on the couch, holding two balls over is head, and staring up at them. He must have done this a half dozen times, so I needed to snap a pic to send to Mal. What a weirdo. Sunday Funday at the Abington Ale House. We got the buffalo chicken dip and it was terrible (do not order it), but the drinks were tasty! Quinn sitting in his fold out chair. He and Mal were playing catch with his basketball. Murphy doing what he does best. He’s possibly the greatest lap dog ever to live. (Check out his fur growing back!) Your turn! Scroll back 8 photos on your cell phone. What is it a photo of?