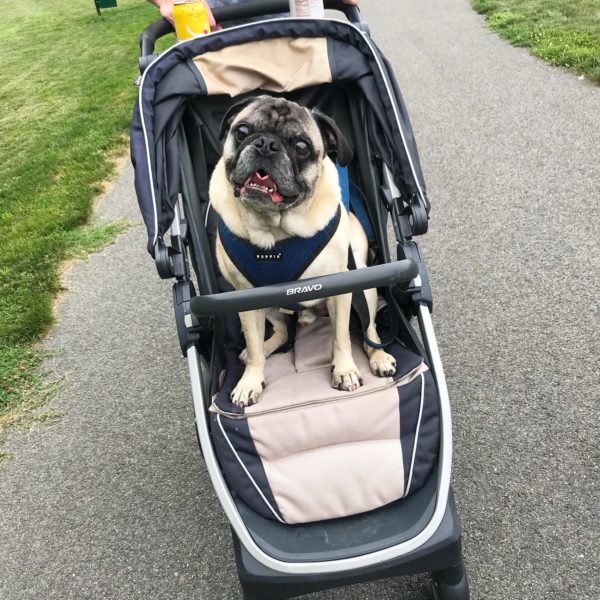 We were up and at ’em on Monday morning. I woke up at 4:45 to bang out some work before the boys woke up, butttttt… Quinn woke up a short while later, so I didn’t get all that much accomplished. Whomp whomp. He was exhausted, but didn’t want to stay in bed any longer, so I let him wake up with a show while I answered a few more emails. We made it work! 🙂 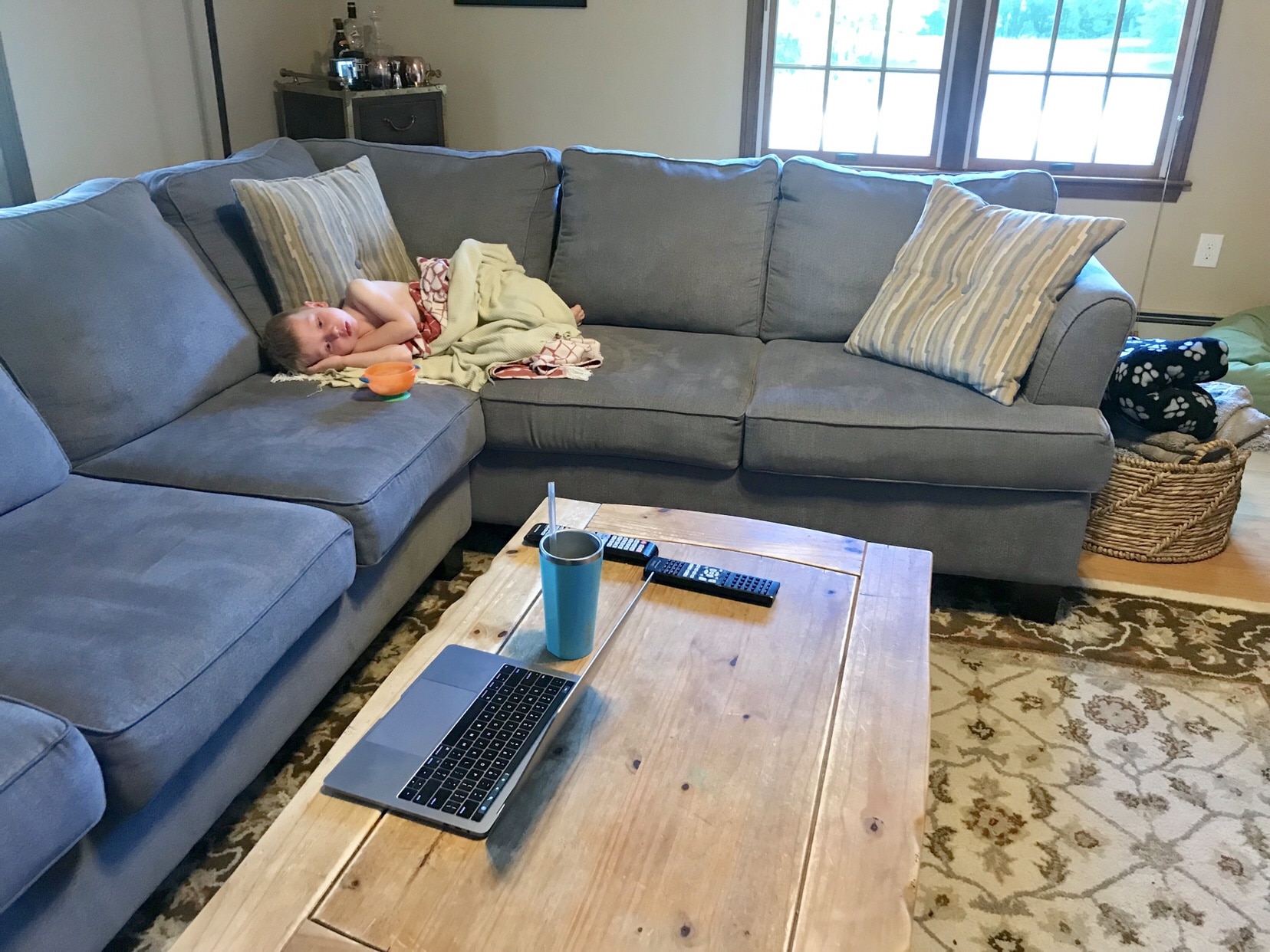 A little while later, we were both hungry for breakfast, so I made him a smoothie while I nuked some cauliflower gnocchi in the microwave and added sautéed spinach and a wedge of Laughing Cow Swiss to it. Mmm! I also added some collagen to my (second) iced coffee of the day. 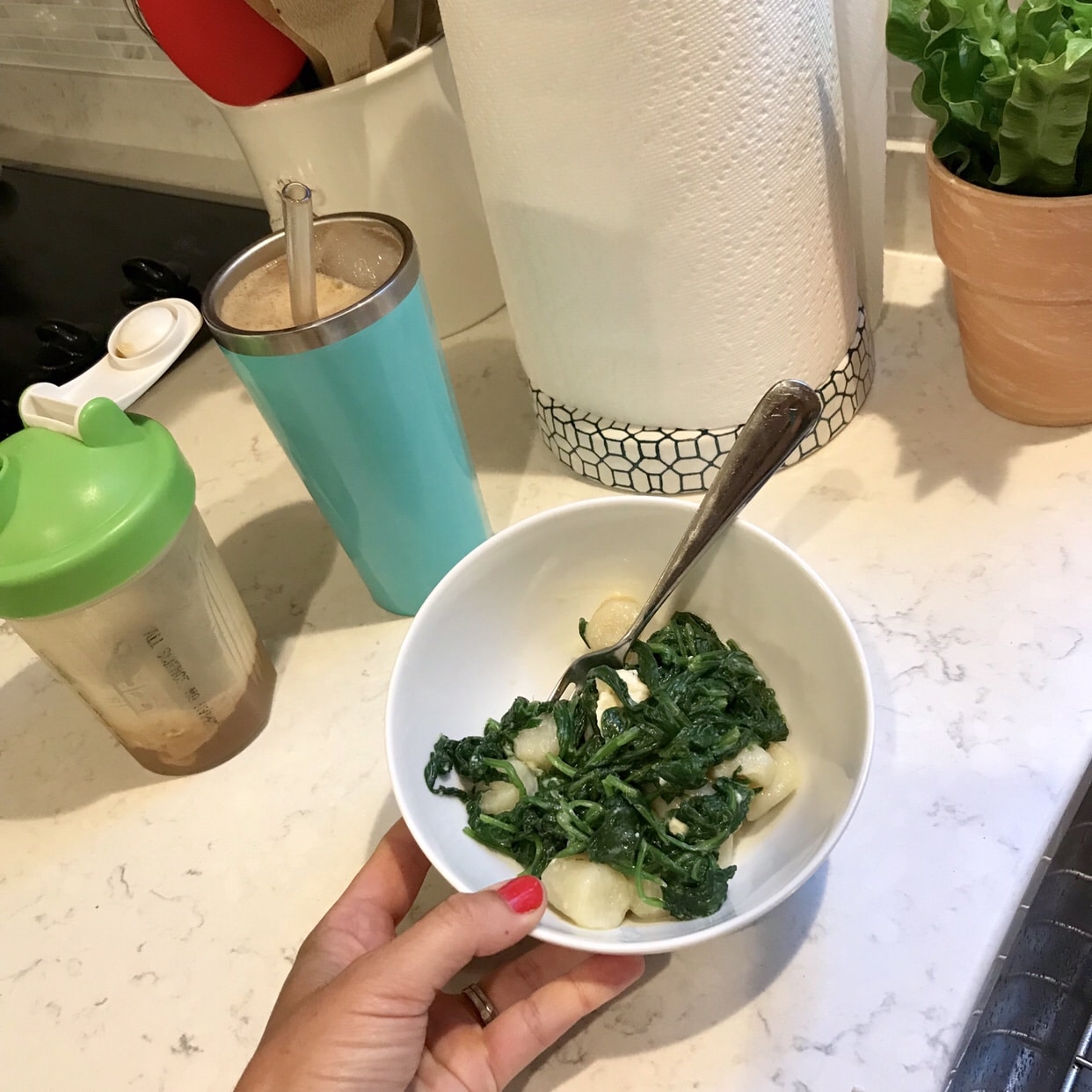 The morning started to get away from us a little bit, and I really wanted to run before it got too hot and humid outside, so I woke up Mal and then headed out for 5.5 miles. 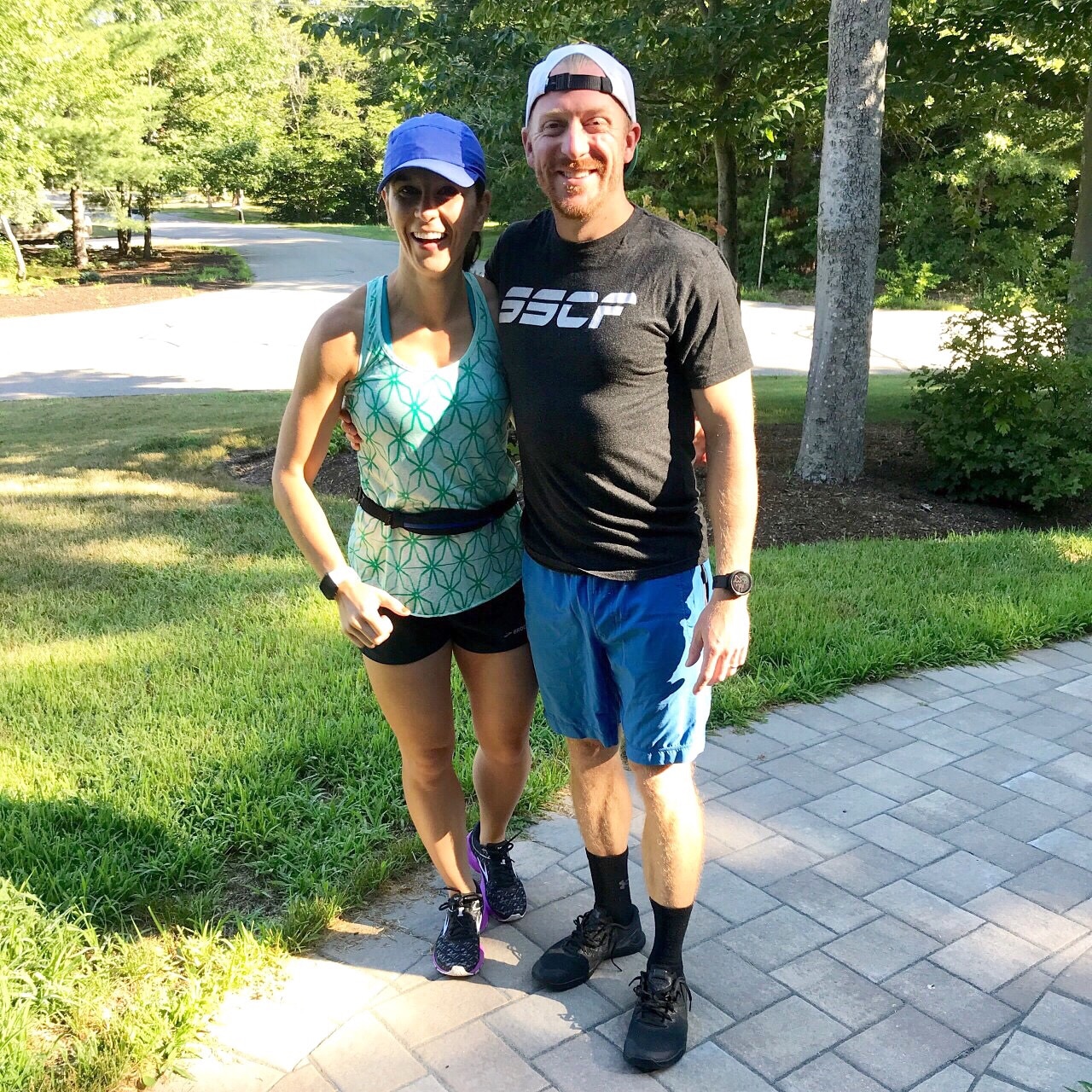 I was proud of myself for running 5.5 miles without stopping to walk, but, man, it felt terrible. Blah. Getting back into running is NOT just like riding a bike. It does not come back easily – and you know what they say: If you don’t use it, you lose it! But, on a positive note, running that far was definitely progress for me.

Prior to yesterday, I was only running 2.5 – 4 miles at a time, so 5.5 was a big success. It actually made me excited to increase my distance even more in the coming weeks. I’m running the Falmouth Road Race next month, which is 7 miles, and I’d like to run a fall 10K, so I want to keep at it and get faster at this distance. Progress everyday, right?

After my run, I refueled with two rice cakes with cashew butter and banana slices (and more iced coffee with vanilla Ripple and collagen). There’s only one rice cake pictured because it was SO GOOD, I just had to go back for another one! 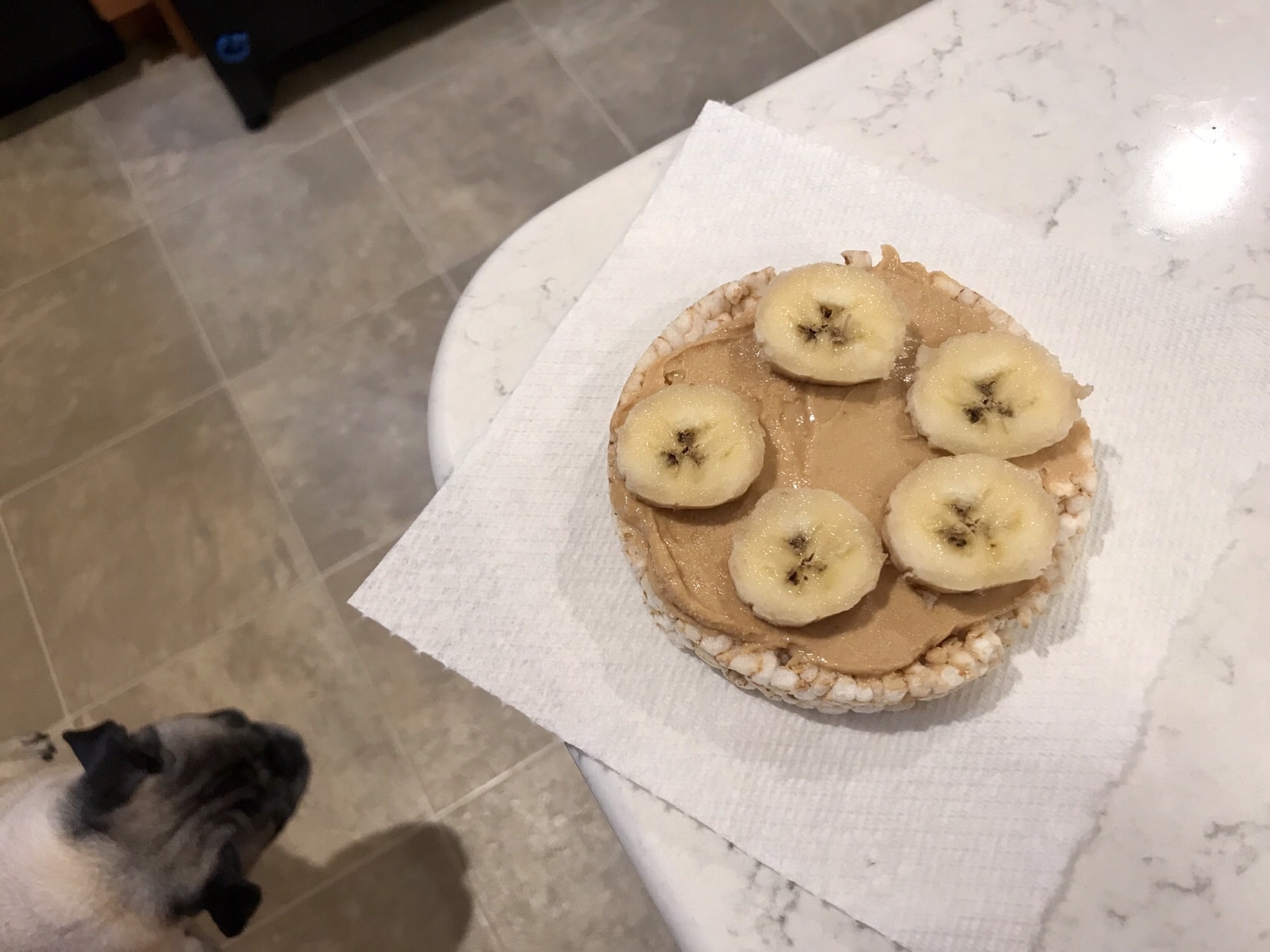 The rest of the afternoon involved lunch, work, and nap time for Quinn. When he woke up, we took Murphy for a ride in the car to the park. HE WAS PUMPED!! I grabbed a Spindrift for the road – still loving this seltzer! 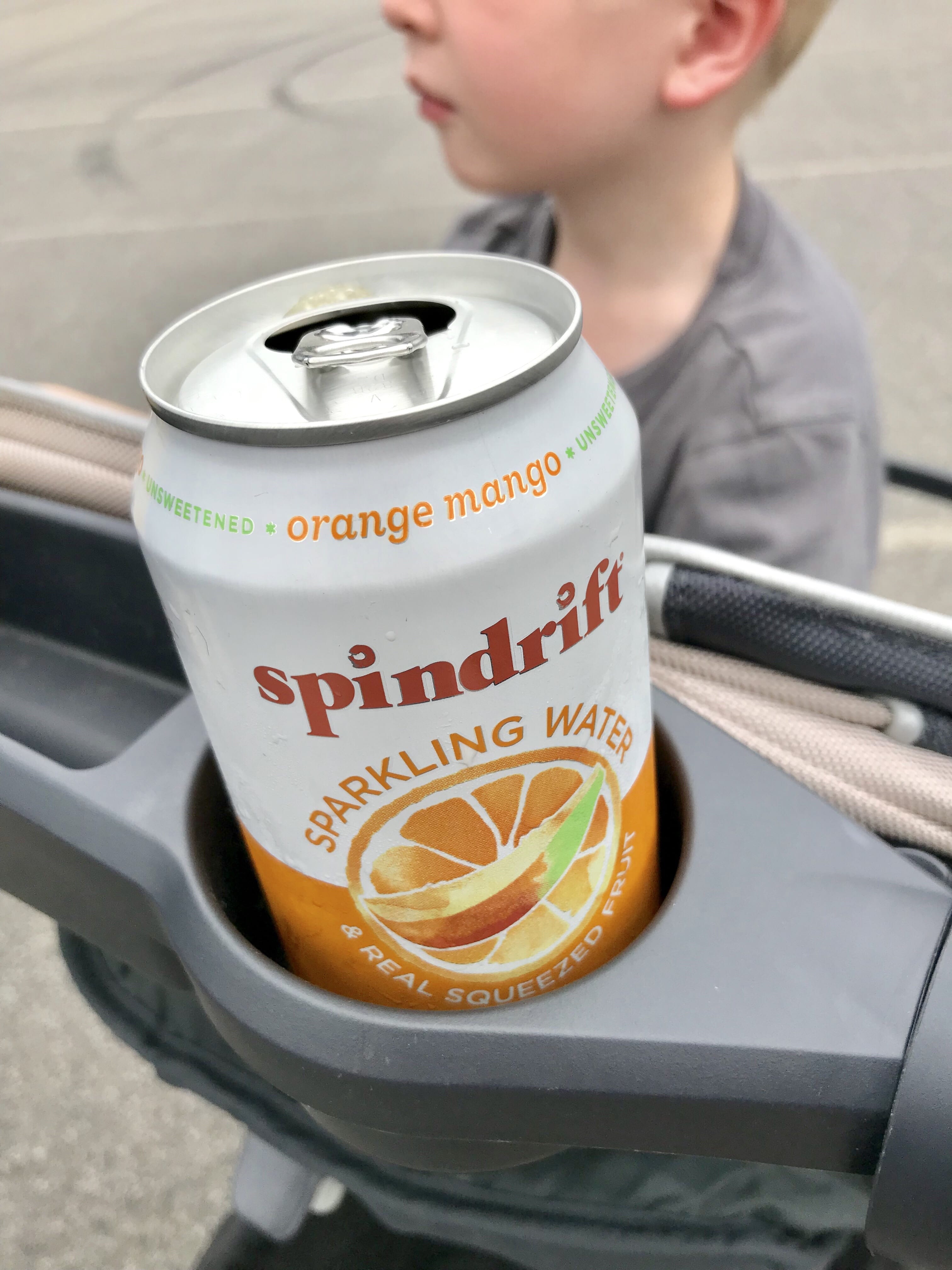 We brought Quinn’s scooter and his stroller because he wanted Murphy to ride in it. Haha! This dog is ridiculous. For the record, he did not ride in the stroller and happily walked all 1.5 miles with us! 🙂 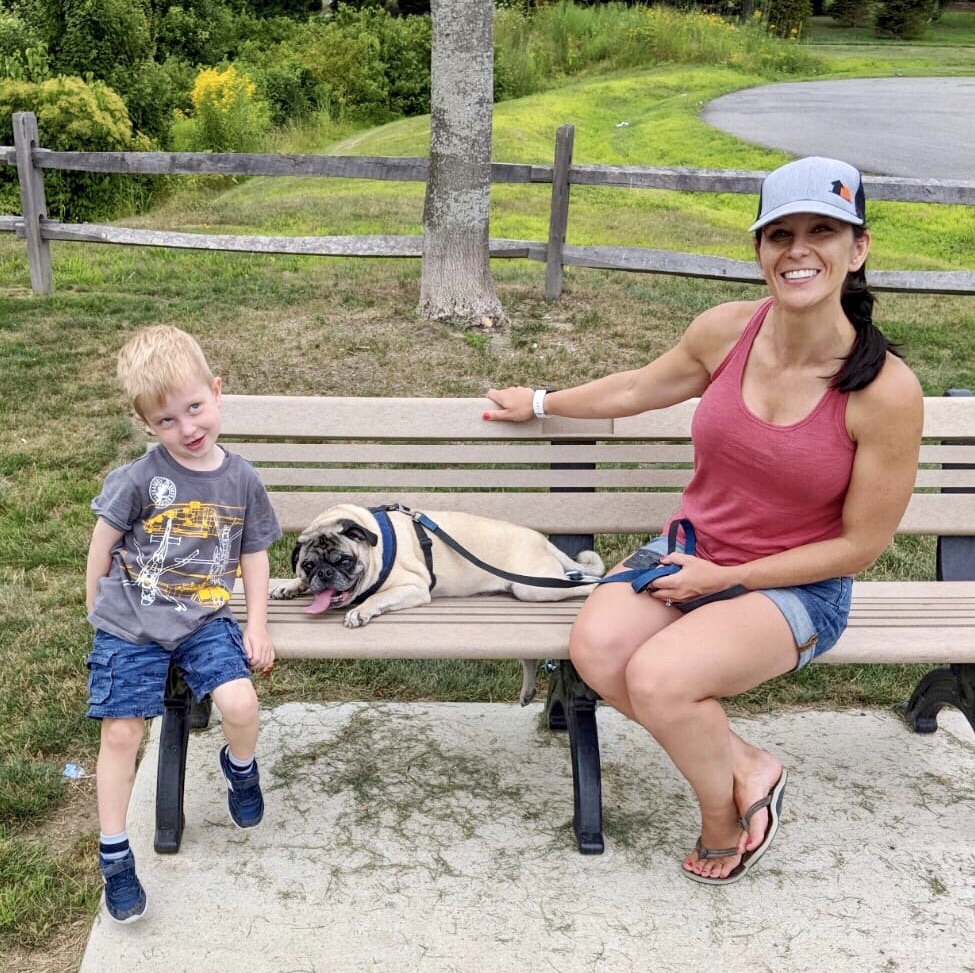 Besides running, what other things are not just like riding a bike?

I also came up with math – like long division and fractions. It would definitely take me a little white (and maybe some Googling) to remember how to do them. Ha!