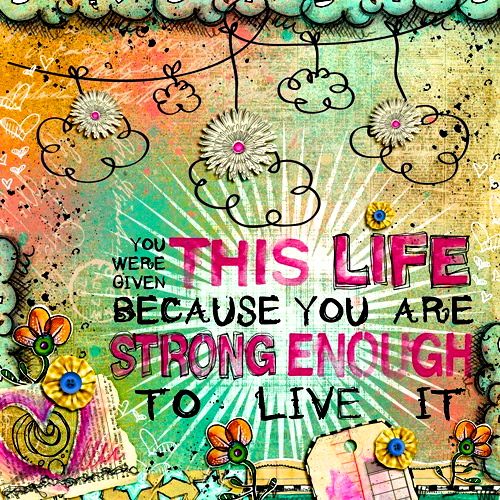 I had my 5th Entyvio infusion earlier today, so I wanted to give you guys an update on my health and how things are going. Long story short: I’m doing better. I’m taking a combination of drugs now (Entyvio + Budesonide + Cortifoam + Hydrocortisone), which are mostly keeping me healthy. I’m far from 100 percent, but there’s still a chance that the Entyvio will work, so I’m hoping and praying it kicks in soon. (FYI for the IBD peeps: From what my doctor has told me, it’s pretty common for Entyvio to “fail” around the 4th infusion, so don’t give up hope if it’s not working for you. A “steroid bridge” is also pretty common for getting patients to the 5th or 6th infusion, which is what I am doing and it’s kind of working.) If my symptoms don’t improve after my 6th infusion, we’ll likely stop Entyvio and move onto immunomodulators (6MP, Imuran, etc.) or a combination with a biologic. *sigh* So, that’s what’s happening on the UC front. So, the end of June actually marked my 5-year anniversary with Ulcerative Colitis. Guys, five years. I can’t believe I’ve had this disease that long and still haven’t achieved remission. It’s been a longggg 5 years to say the least.

Five years of symptoms every. single. day (except for when I was on high doses of steroids).

Five years of wishing this disease away.

Five years of strangers telling me that they know what’s best.

Five years of breaking down over and over again, only to fight harder the next time.

I’m not totally sure UC is something I want to “celebrate,” but I believe everything happens for a reason and maybe the combination of having this blog and getting this disease go hand-in hand? Maybe it was meant to be? I dunno, but I’d like to think there was a purpose for all of this and maybe I can help other people who struggle with IBD too. If you’re newly diagnosed with IBD and don’t know what to do with yourself, here are five things that I want you to know. And, truthfully, if you had told me some of these things when I was first diagnosed, they probably would have fallen on deaf ears. I needed to learn them for myself, and it took a lot of trial and error to figure them out. Hindsight is 20/20 and looking back, I realize just how many mistakes I’ve made along the way, so I want those of you at the beginning of your IBD journey to learn from them instead of suffering longer than you need to.

Find a doctor who you trust and respect – This is always my #1 piece of advice to anyone newly diagnosed with IBD. About a year after being diagnosed, I switched GI doctors because my first one was so awful. Now, I’m totally obsessed with my current GI doctor and only have wonderful things to say about him. I respect him so much and trust that he has my best interests in mind. He listens. He’s compassionate and caring (he always gives me a hug when I see him) and he has a great sense of humor, which, of course, helps navigate this crappy disease. He also tells me to drink wine, so we’re definitely on the same page. Drugs are not bad and hit it hard –  IBD is not something you can mess around with and your symptoms can go from manageable to unbearable in just a few days. As you guys probably remember, I was really hesitant to try “hardcore” drugs (aka biologics) and ended up struggling so much with the disease for years. “Your normal is not normal.” I was so stubborn and thought I could get better on my own, but I just got sicker and sicker. (Tip: Don’t be a hero.) I’m glad that I tried everything to fix myself, but I let it go on for wayyy too long. I also didn’t fully listen to my doctor’s advice, especially with regard to taking medications. I’d take them, but not always in the dose or frequency as prescribed, thinking I could control my symptoms with diet, supplements, lifestyle changes, etc. It wasn’t until I was really sick that I realized I needed to do everything in my power to get better. I was also out of options, so it was take ALLTHEDRUGS or spend my life in the bathroom bleeding to death. Taking ALLTHEDRUGS didn’t make me instantly better, but things eventually turned around. I assume the improvement was the combination of drugs or maybe the Entyvio is finally kicking in? I’ll never know for sure, but I learned that drugs are not bad and if you need them, you need them. You also need to hit this disease hard from all angles to have any sort of control over it. You want to minimize long-term inflammation as much as possible. Otherwise, you’ll run into all sorts of more serious issues down the road. IBD Is More Than ‘Just a Bathroom Disease’. People will confusion your IBD with IBS and it will kill you a little on the inside every time. Instead of getting upset (because IBD and IBS are not the same at all), use that feeling as motivation to EDUCATE others about the disease. More education = closer we get to a cure. Important Differences Between IBD and IBS.

Find a Registered Dietitian to address nutritional deficiencies – This is super important since IBD folks do not fully absorb nutrients because of their compromised digestive systems, and it’s a shame than not more traditional doctors recommend RDs. And be sure to do your research before selecting one. They’re not all the same and some don’t have great recommendations. I once had an RD tell me to eat plain bagels and drink Ensure during a flare. Yikes. I’m lucky to have found Nicole. She’s smart, thinks outside of the box, and cares a lot about my overall well-being. She’s not necessarily trying to “cure” me, but, instead, she’s trying to provide my body with proper nutrition by suggesting certain foods/supplements/recipes/ideas to help it properly function. I feel like once you’ve lost that health, it’s so much harder to come back from a flare or live well in your everyday life, so it’s really important to stay on top of any sort of nutritional deficiencies.

LIVE your life – IBD will make you crazy. You have so little control over your body, so it’s easy to use the disease as an excuse to miss out on life and blame everything and everyone around you, including yourself, for what is happening to you. I’ve totally been there and it sucks so much. Don’t be a victim to the disease. If anything, when things get hard, realize you have a choice and fight harder. There’s almost always something you can do. “Disease is an impediment to the body, but not the will, unless the will itself chooses.” I receive a lot of judgmental comments about what I eat and drink and how I exercise, but I’ve learned from having this disease for 5 years now that not enjoying my life is a sad, sad, sad existence and these things don’t necessarily make my symptoms worse. Here’s a great example: One of my worst flares actually took place when I was doing AIP, not drinking alcohol or iced coffee, and taking a break from high-intensity exercise. It was the most miserable 4 months of my life. On the flip side, however, the best that I felt with UC was last fall, and I was eating, drinking, and being merry on the regular. I hardly even thought about the disease! Basically, IBD makes no sense to me, so I live my life (within reason) and try not to let it get in my way… and you should too!

IBDers: Any advice to share for the newly diagnosed?