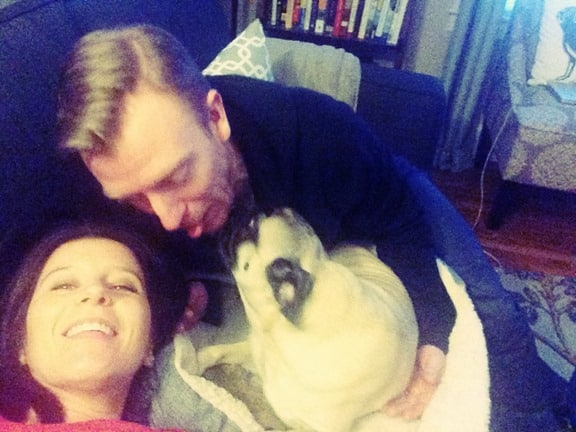 Monkey Bread is so wrong, but so, so, so right”¦ My Valentine’s Day gift to Mal was a big ol’ homemade Monkey Bread, and he absolutely loved it. I’m also glad he decided to share it with me! It was incredible. Mal’s present to me was a gift certificate for a pre-natal massage at a local spa, which was a really nice surprise, especially since I *thought* we had agreed to $5 Valentine’s Day gifts this year. Oh, Mal”¦ but, of course, I am soooo looking forward to my massage.

Remember this card from a few years ago? Mal bought it for me this year and, yes, it was STILL funny! Haha! On the card’s envelope, Mal wrote his weird nickname for me, which is “Llama.” As in: “Tina, eat your ham” from Napoleon Dynamite. Mal never actually calls me Llama, but he’ll write it on cards, notes, and stuff like that. My weird nickname for Mal is “Malm” as seen in the second photo of this post and in reference to the MALM furniture line at IKEA. This nickname came about back in 2006 when we first moved in together and bought a whole bunch of MALM furniture for our first apartment. My friend Jon was actually the first person to starting using “Malm” to refer to Mal (he still occasionally does), and it just stuck for me. I rarely ever call him Malm, but I write it on a lot of things, like cards and notes for him.

Cute Valentine’s Day pug card from my mom”¦ just had to share! After Mal and I exchanged gifts, the rest of our night was pretty low-key. We hung out on the couch, ate dinner, watched The Place Beyond the Pines (which was just okay, but it was filmed in Schenectady, so I thought it was pretty cool), and then went to bed semi-early. We also attempted to take a family photo”¦ These two are the weirdest. And I love them so much. How was your Valentine’s Day?

Do you have any weird names for your significant other? 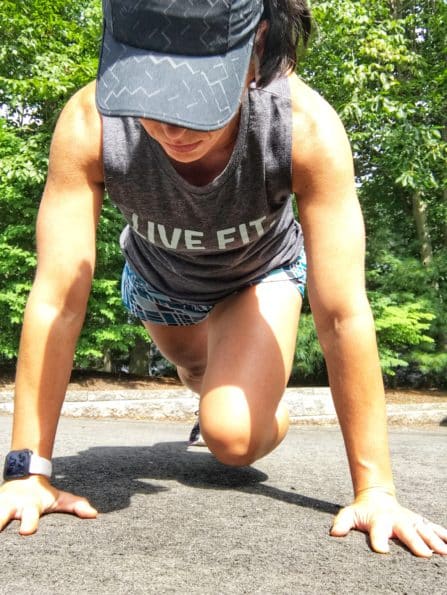