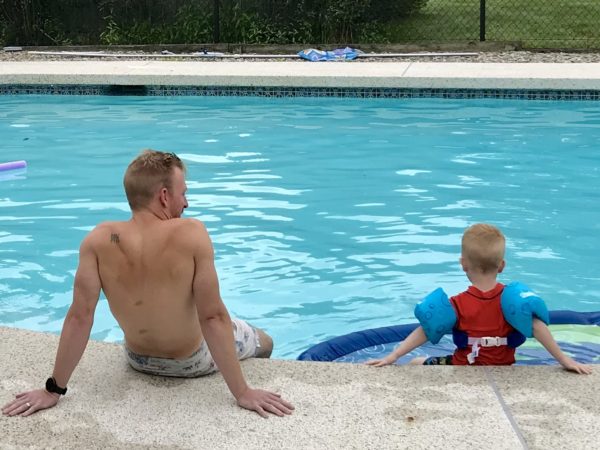 I’ve partnered with Chiquita bananas to bring you this blog post. As always, thank you for supporting Carrots ‘N’ Cake!

Cancer touches so many lives and my family is no exception. That’s why I’m proud partner with Chiquita for their Pink Sticker campaign. Throughout October, Chiquita’s familiar Blue Sticker is going pink to encourage action from millions of consumers in the fight against breast cancer and to highlight the brand’s dedication to the American Cancer Society’s mission to save lives, a goal that is very important to me. 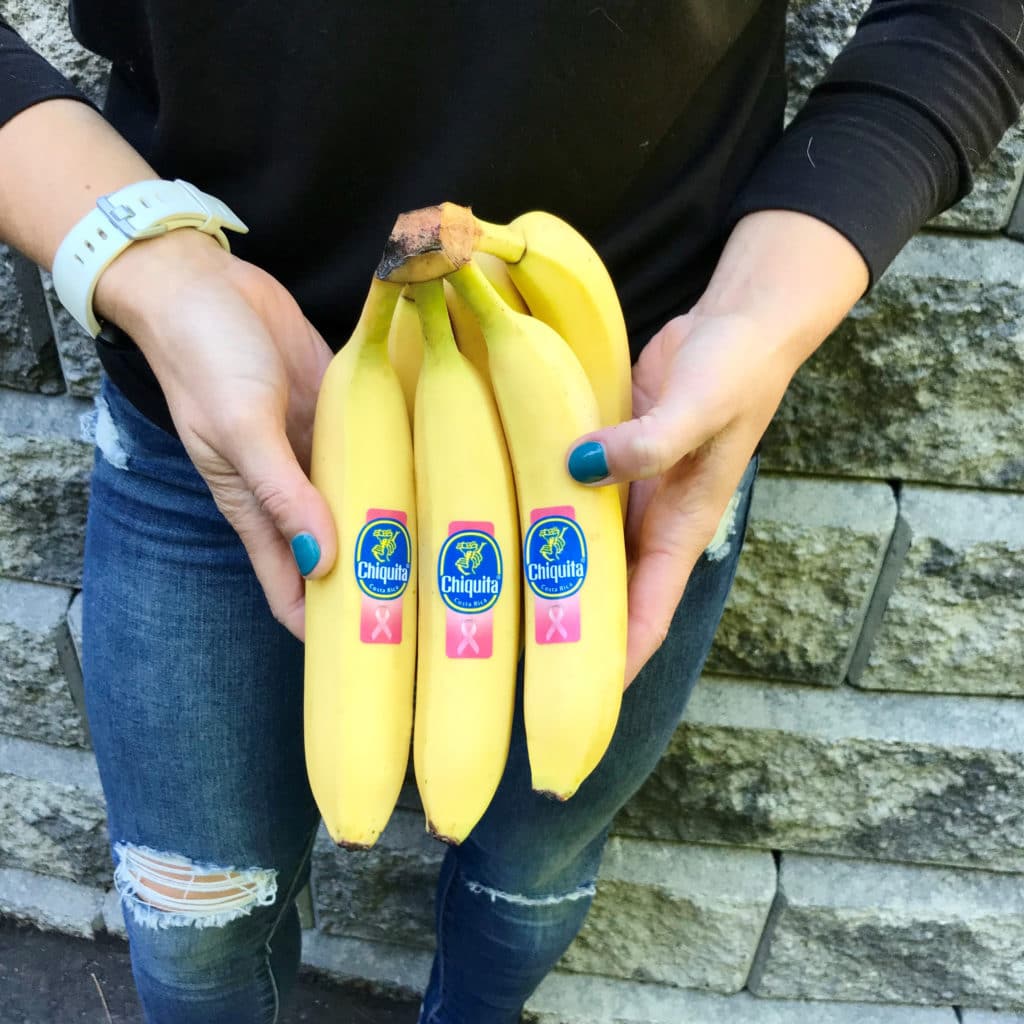 When I was 38 weeks pregnant with Quinn, Mal was diagnosed with melanoma. Prior to that, he had had couple of skin cancer scares, but, thankfully, nothing serious. I was always on the lookout for suspicious spots – and since Mal couldn’t easily see his back, I was more than willing to stay on top of it. The few times that Mal saw his dermatologist, he’d always return home with a “clean bill of health.” Unfortunately, this scare was different.

The offending melanoma on his back changed size and shape quickly. In fact, it changed so quickly, Mal’s doctor made a comment that he was especially glad we got him in for an appointment as soon as we did. The melanoma actually progressed to a Stage 1A melanoma (and cancer runs in Mal’s family), so his doctor was concerned it may have spread to his lymph nodes or other sites. 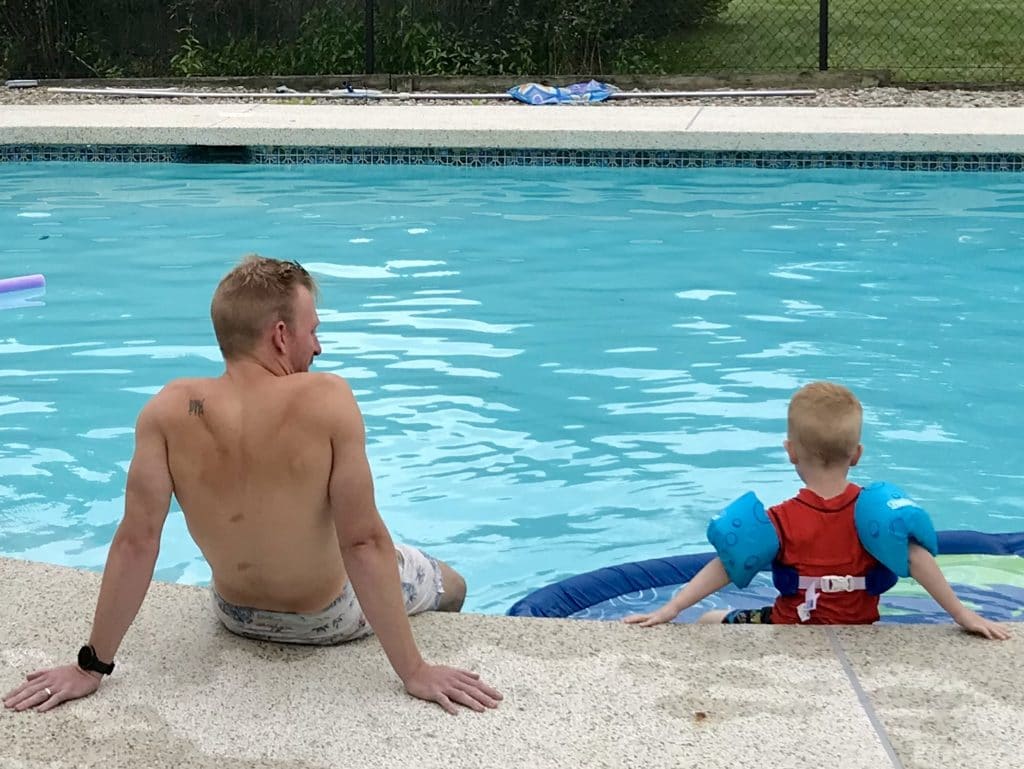 In addition to removing the melanoma from his lower back (a 5-inch incision), Mal also had to have surgery to remove a number of lymph nodes from his groin area. As you can imagine, recovery was not fun. Mal was basically out of commission for nearly a week. Moving around and even standing at times was quite painful because of the location of the lymph node removal. It was definitely a stressful time for us – obviously, waiting for the results, but also hoping that I wouldn’t go into labor. (I was 40 weeks pregnant at this point.)

In the end, everything worked out just fine. The melanoma was successfully removed and did not spread to other parts of Mal’s body. He fully recovered in time for Quinn’s arrival at 41 weeks. Since then, we’ve been even more diligent about checking for skin cancer – both at home and with regular doctor’s visits. Since Quinn’s birth, Mal has had at least a half dozen more suspicious moles removed, but, thankfully, none of them have progressed to something serious because of our diligence. 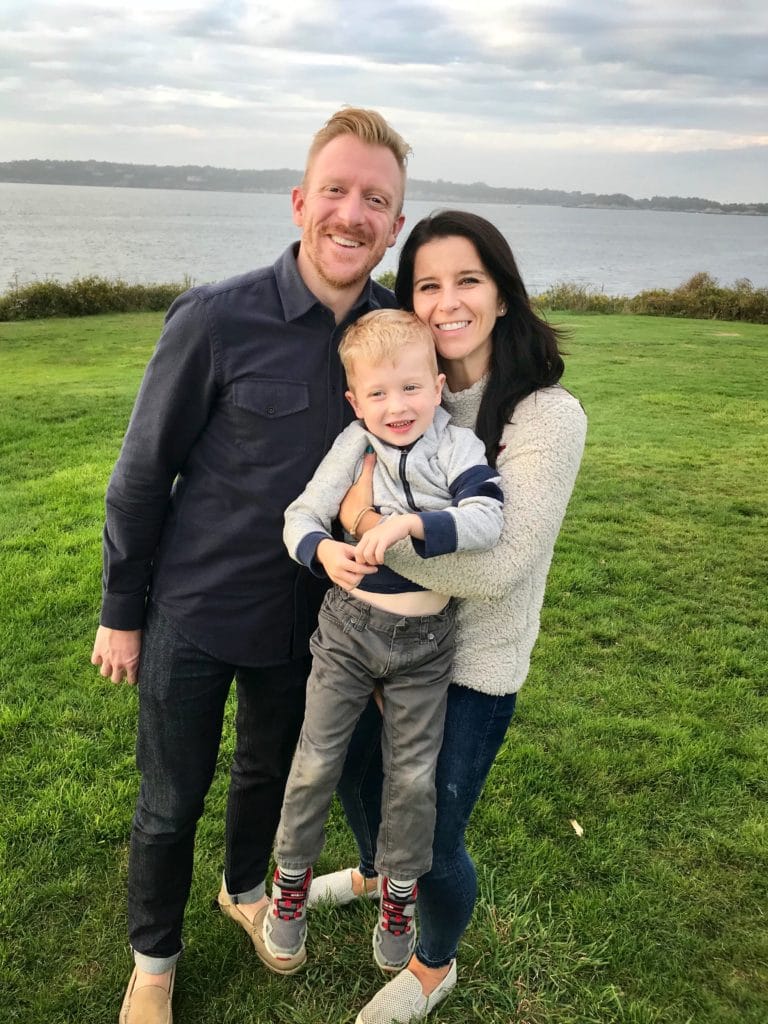 When it comes to cancer prevention, there’s only so much self-examination you can do, so we also make sure to follow the American Cancer Society’s recommendations and include good nutrition, daily physical activity, and healthy lifestyle habits into our everyday lives to help reduce our risk of cancer.

As part of our goal to stay healthy, we eat healthy, and that means we are often reaching for fresh veggies and fruits, including Chiquita bananas, which are most definitely a favorite in the Haupert household. So much, in fact, we’re often fighting over the last ones of the bunch at the end of the week! We should probably just start buying more, right? 😉

When you think of bananas, you probably think of Chiquita. But Chiquita also wants you to think of your breast health. The more than 200 million pink stickers that can be found worldwide on Chiquita bananas through October are meant to serve as a simple reminder about the importance of eating healthy, donating, signing up for a Making Strides Against Breast Cancer® walk, or getting recommended screenings. Breast cancer is the second leading cause of death among women in the United States and one of the five most common types of cancer worldwide (skin cancer being the most common). Early detection with breast cancer, just as it is with skin cancer, is crucial. 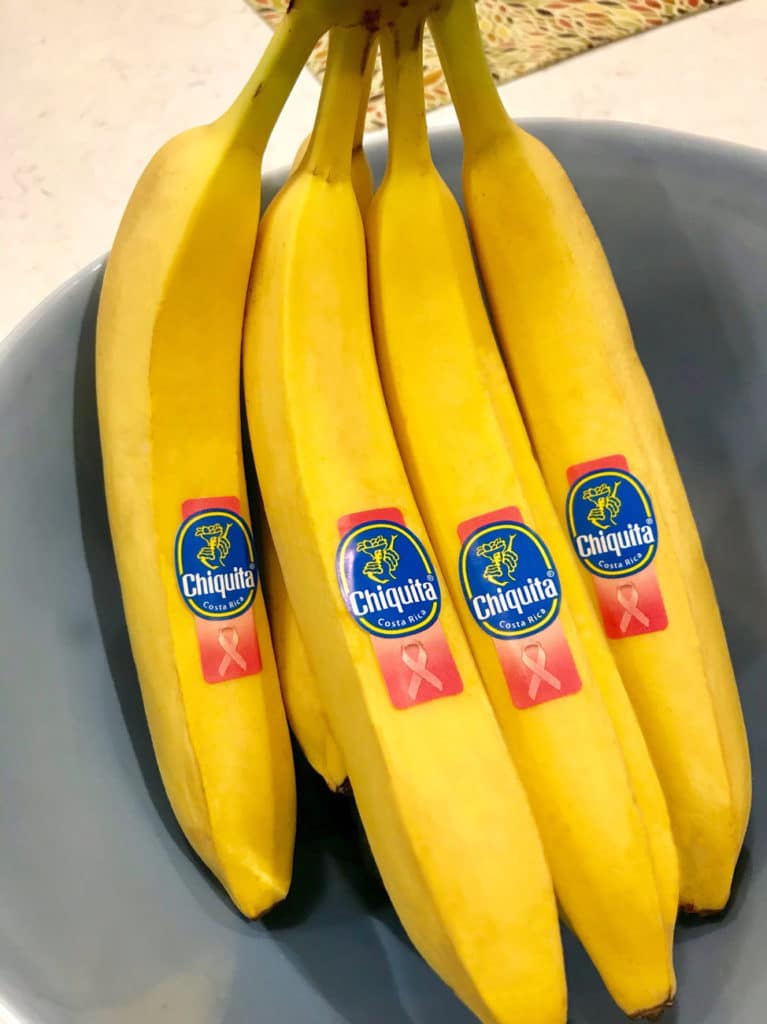 Throughout the month, be sure to keep a look out for Chiquita bananas featuring a pink sticker at your local grocery store and support such an important cause.

Have you or a family member ever had a breast or skin cancer scare?