This post is part of my ongoing sponsorship with fitmixer as a brand ambassador. The thoughts and opinions expressed are my own.

This month’s fitmixer post is all about trying something new in 2013! I was asked to blog about something I’ve never done before””why I want to try it and how I will make it a reality. Since I already blogged about some of the new things I want to try this year when I wrote about my goals for 2013, I decided to elaborate with how I will make these things become a reality.

I tried paddleboarding adventures this summer and thought it was a lot of fun, so now I want to try surfing. (I know they’re different, but the idea of cruising along the water sounds so cool!) Mal and I are going to Hawaii next month, so it’s a priority for me to try surfing. We already have a lesson set up! Yay and yikes! I love trying new fitness activities, so rock climbing is definitely on my list for 2013. I already looked into a couple of nearby rock climbing facilities and, apparently, the REI in Framingham has Learn to Climb classes and Open Climbing, so I just need to nail down a day to go. It’ll probably be sooner than later now that I’ve done the research! Learning to make sushi has been on my Life’s To Do List for years now, so I’m finally committing to it in 2013. Another one of my goals for the year is to have a monthly date night with Mal, so I’m thinking a sushi making class would be a lot of fun to do together. A couple of readers gave me suggestions, so I’m going to look into them for an upcoming date night. What are some of the news things you want to try in 2013? How will you make them a reality?

P.S. Be sure to head over to fitmixer to enter this month’s giveaway! 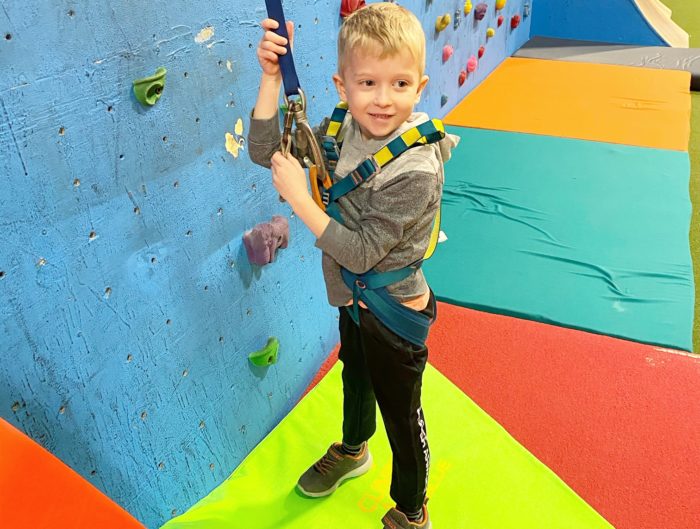 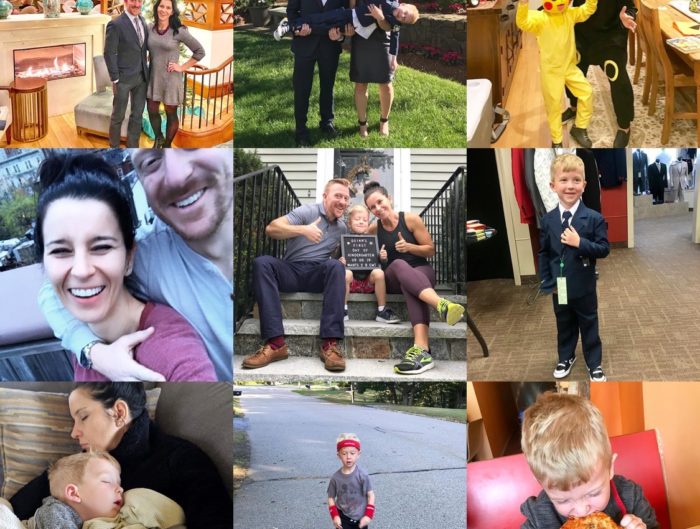 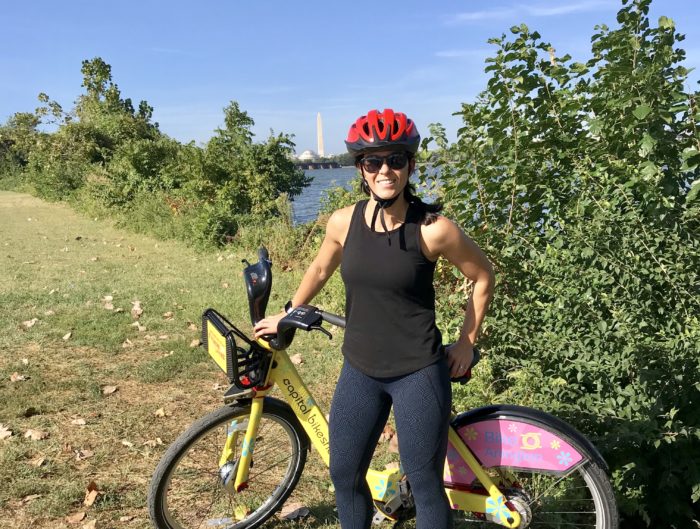 Arlington Is For Fitness Lovers
September 25, 2019

Well – I wanted to try my first half marathon but a bum knee may prevent me from doing that as I planned (in 2 weeks!) I’m forever saying I’d like to learn a second language and take an art/photography class. You’d think since I work at a university it wouldn’t be this difficult!

Trying CrossFit has been on my fitness bucket list for quite some time, and I’m finally going to my first class on Tuesday–ekkk! Talk about being nervous and excited! 🙂

@Carrie @ Fitness and Frozen Grapes: You’ll love it girl!! I’m in the process of becoming a crossfit trainer! You’ll be addicted!! The results are AMAZING!

I think it’s great that you’ve actually committed to planning these. It will make you more likely to try them. I’m definitely interested in learning to surf. But also try some paddleboard yoga. That will require me to get a paddleboard first though… so I have a few steps in between getting to those goals!

I want to try Hot Yoga this year, and run a 5k race. Both will require me to be a little bit stronger than I am now, so I’m excited to get myself to a place ready to complete those!

Both surfing and indoor rock climbing are SO fun. It took me awhile to get the hang of surfing, but once you get it down, it’s awesome. My husband and I would totally have a membership to an indoor rock gym, but they’re pretty pricey so we just go every once in awhile. Just a tip: use your LEGS to pull you up! It’s always so tempting to want to use your arms.

I’d like totry hot yoga. I have a week pass that I’ve been carrying around with me for quote a while. Also, I’d like new kinds of food. I’m a picky eater and I want to try a little of everything.

My boyfriend and I went indoor rock climbing last weekend and we had so much fun! Neither of us realized how hard it would be so both of us had sore arms and shoulders the next day, but I would go back in a heartbeat!

Great to hear! Can’t wait to try it!

You’re well on your way to achieving these goals!
I just tried indoor rock climbing for the first time. SO fun, but scary if you don’t like heights! It was awesome to push myself to make it to the top and ring the bell!
I’ve surfed a few times, but always baby waves. Good luck with it!

I will run my 2nd marathon this year and I will make it a reality by signing up and sticking to a training plan. Since I’ve already done one, it takes the guess work out, but I’m still just as nervous about the long distance. And now I know how brutal it is! 😉

If you’re wanting to try sushi making without taking a class, just go for rolls with rice on the inside only – they are so simple to make and taste just as good!

I would like to try white water rafting and go to hot yoga!

Reading this made me want to look up the rock climbing training class at REI. There is one in our area. Now I just need to register… and get a baby sitter. Oh, and get over my fear of heights. Thanks for the inspiration.

i am one of your blog lurker but thought i’d comment on this one bc i know you would appreciate it… i started doing crossfit last week! woohoo! that’s my 2013 goal in the fitness world and also do more yoga!

Woohoo! What do you think so far?

surfing would be so hard…I started crossfit so I can check that off my list more..I also said I wanted to travel more so I am planning two trips this year 🙂

Clare @ Fitting It All In Reply

I JUST tried surfing for the first time after Christmas! My boyfriend is from San Diego and grew up doing it, and he had so much fun trying to teach me. I wore TWO wet suits and barely stood up, but I had the hugest smile on my face and was laughing the whole time.
You’ll love it!
I’d really like to become a good SWIMMER. I can swim, but not with good technique, and it’s an exercise I want to be able to do since it’s so good for you during pregnancy and throughout the rest of your life.

Fun! I’m excited (and scared) to try it!

Surfing seems like so much fun! I’ve ever only tried it on vacation, and it’s quite challenging, but once you get the hang of it, you feel like a total badass.

I hope I can figure it out! Haha!

Making sushi and rock-climbing are among my favorite things to do! Surfing, however, scares me.

I surfed once and LOVED it. Such an entire body workout! Making sushi looks fun…I definitely want to try that.

If I could make sushi, I don’t think I’d ever eat anything else! Love your goals 🙂
I’m going to try and take a couple of dance classes this year – break out of my shell a little bit and let loose!

My goals aren’t super concrete for the year since I’m graduating law school, taking the bar, and the I have no idea what I’ll be doing after that! But I have a big life bucket list and I should take a few more feasible ones and write down HOW I can do them. I really need to do that!

This year I want to start running using C25K and travel to a state I’ve never been to (not sure which yet).

Wow, ambitious list, i love it!! I would love to try paddle boarding sometime. The rock climbing sounds like a fun challenge too. I think maybe I would like to try hot yoga too.

If you become a member at REI (a one-time fee that makes you a member for life) you can rock climb for free! Plus you get dividends off items you purchase in the store or online yearly. I think I paid $25 like 15 years ago (yikes–that just gave my age away!), but it has been SO worth it.

Yes! I love being a member! So many great deals and perks! 🙂

I live on Oahu! You will have a wonderful time.

I love indoor rock climbing! I haven’t been in a while. I’ve been to MetroRock in Everett and really like their facilities. I’ll spot ya! 😛

You have a strong core so you’ll be great with surfing! I tried it for the first time in Hawaii myself last year… I was so nervous but it ended up being a blast! Once I realized they weren’t going to put me in killer hard waves – just easy baby ones – it calmed my nerves. Good luck!

PS – Eat tons of pineapple in Hawaii! You won’t find it sweeter anywhere else 😉

I am starting my own blog! This is something I’ve wanted to do for a while but felt too nervous. Your posts about blogging have been so helpful and I am excited to get going (I already have you on my blogroll!).

Good luck with the surfing. I did a beginners lesson and had great fun. One tip- wear longer board shorts rather than just bikini bottoms. I had scrape marks all down my thighs from jumping up.

Rock climbing is SO fun! You will love it. I can’t wait to see the pictures from Hawaii.

I first read a monthly “debate” night with Mal, not date night! LOL!!

I would love to try CrossFit, I really enjoy exercise and love mixing it up! Unfortunately, I had wrist surgery to repair a break in September so I think I need to wait a few more months.

Enjoy Hawaii, we took lessons in Maui almost 2 years ago…great fun and great workout! There are some good surf schools locally too, we use ACKSurf on Nantucket for lessons over the summer!

Saw a coupon and thought of you! Its on Gilt City ! Kind of pricey but a couples class for making sushi ! Here is the link for sign up: http://www.giltcity.com/invite/ceeko15
Actually I bet they would even host you as a blogger 🙂 hehe
This is what it says:
“Sushi 101” for Couples with Chef Kevin Long $179
Includes
”¢Sushi-rolling class taught by Big Night Entertainment Executive Chef Kevin Long on Saturday, February 2 or Saturday, February 9, 2013 from 1-3 PM
”¢Paired sake and appetizers for two
”¢Select date at right