I am feeling TIRED this morning. We had quite the interesting night. Well, maybe “interesting” isn’t the right word to use, but I didn’t sleep all that much.

So, at 2:30 AM this morning, Mal wakes me up because he hears something, but can’t tell what it is and where the sound is coming from. I’m half asleep and wearing ear plugs, so it takes me a little while to figure out what’s going on. We keep hearing the sound over and over again, so we start guessing… is it the heat? Alexa? Something outside? It eventually gets quieter and stops, so we give up and go back to bed. Maybe 10 minutes later, we hear the sound again. This time, we get out of bed and look around the house. It’s the weirdest noise, and we can’t figure out where it’s coming from – it actually sounds like it’s moving to different parts of the house. Finally, Mal opens the window shade in our bedroom and sees a family of foxes outside. They look sort of panicked running around, so we finally put the pieces together and decide that the weird noise we are hearing is their barking. The foxes eventually run off into the woods and we no longer hear them, so we finally went back to bed.

This morning, I did some Googling and, sure enough, foxes have an “alarm bark,” which sounded exactly like what we heard. So, there’s a fun animal fact for you this morning. I hope the fox family was okay!

Speaking of families, we had a nice little Valentine’s Day celebration last night. Quinn remembered there were “prizes” waiting for him as soon as he got home (he was so excited, he didn’t even want to take off his jacket!), so we opened them immediately. 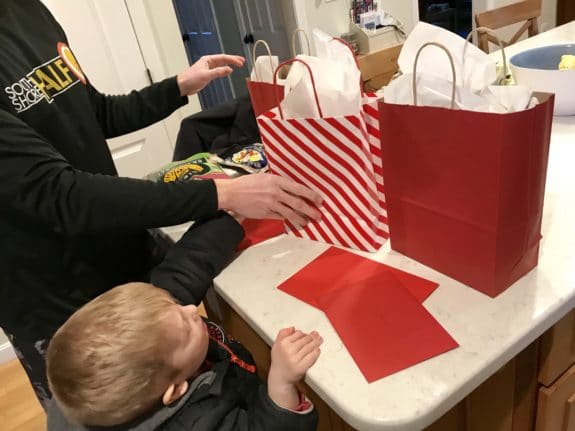 We got Quinn a few small prizes and some candy. Mal and I kept our gifts under $20 – and made sure to stick to the rule that we set! I got him coffee and Peanut M&Ms (his fav). Recently, Mal has been experimenting with half caf iced coffee (1/2 caffeinated, 1/2 decaf), but struggled to find a good decaf one. I found one from Starbucks + a strong caffeinated one, and the combination was definitely a winner this morning. Mal raved about his iced coffee a few times! 🙂 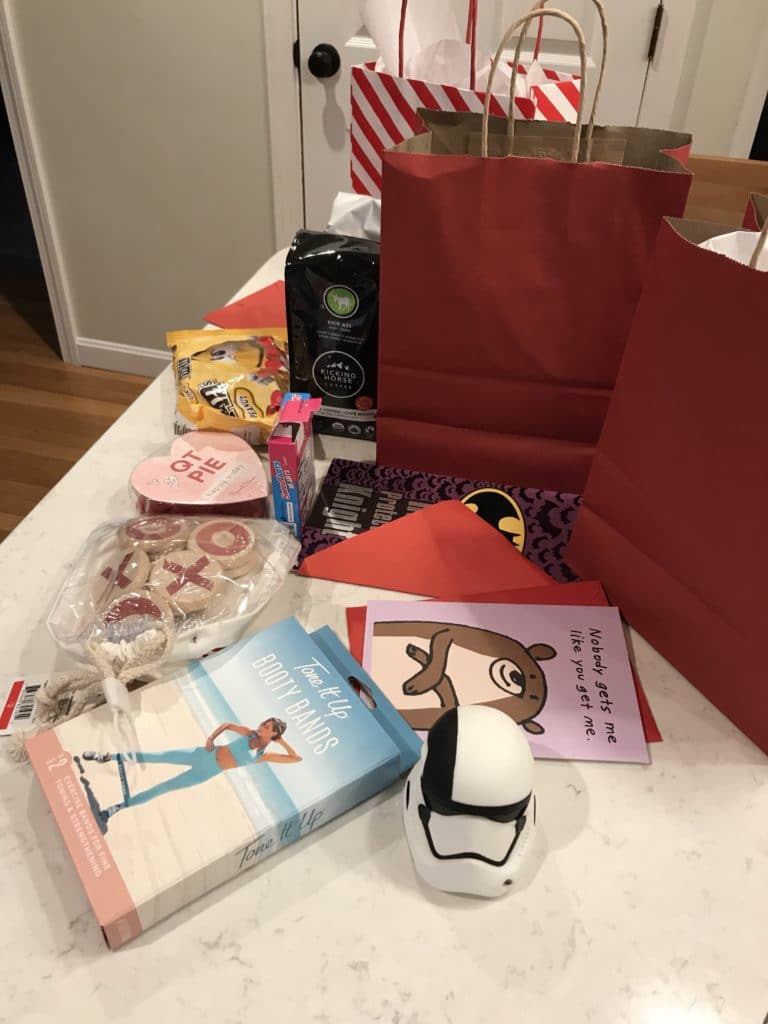 Mal got me Booty Bands from the Tone It Up gals! I have a couple pairs of leggings to model in the coming months, so I need to get my booty in shape! 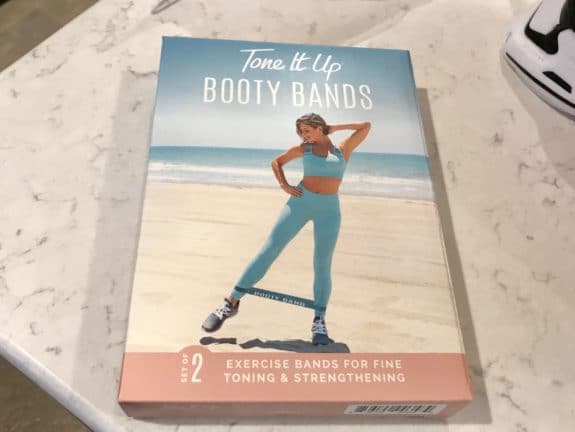 I received a bunch of questions about my collagen of choice, so just wanted to share a few more details. I buy the brand below from Amandean. 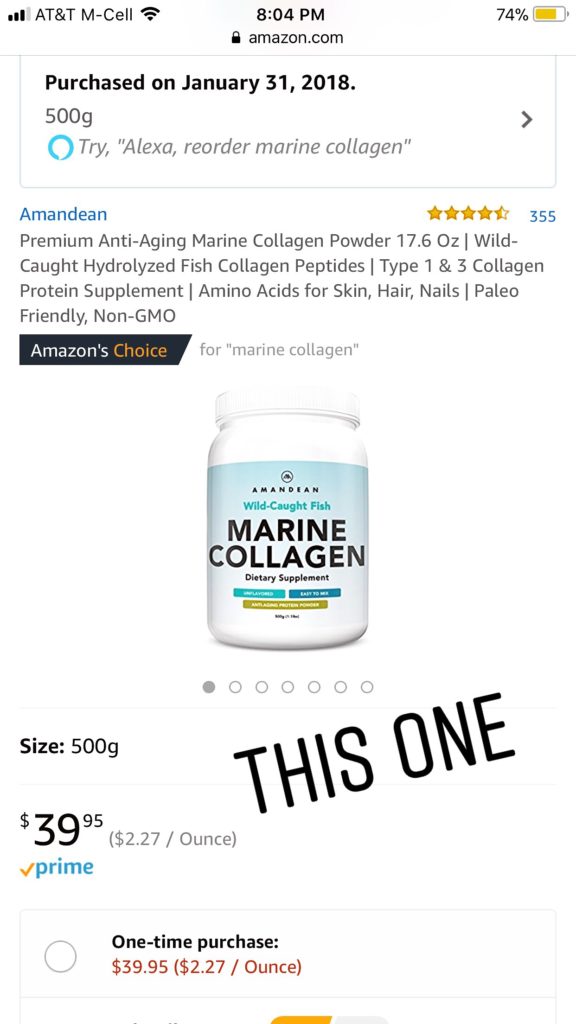 I like it because it’s wild-caught, non-GMO, affordable (per ounce), and it’s delivered right to my front door via Amazon Prime. I use marine collagen instead of beef because I have a sensitivity to beef (according to the LEAP test). 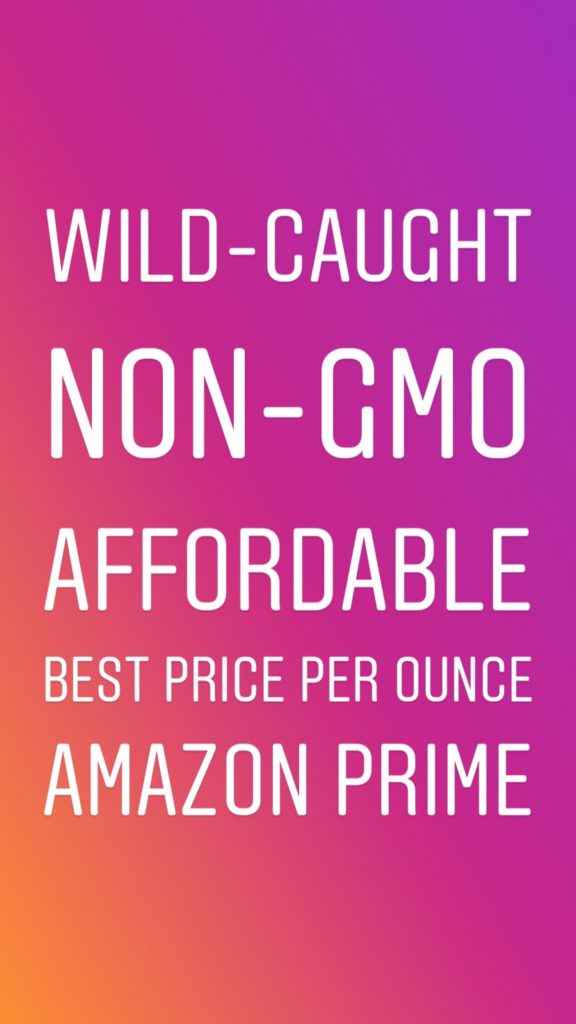 Do you LOVE Valentine’s Day or just feel meh about it?