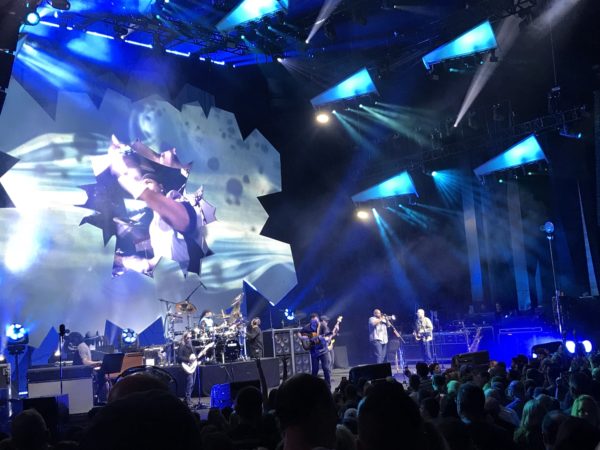 I know this blog post is a little delayed since I’m highlighting events from the weekend, but they were just too good to to share and remember in the future! That said, here we go!

On Friday afternoon, my college friend Matt came to visit. We planned to go to see Dave Matthew’s Band later that evening, so we hung out at our place until it was time for our babysitter to arrive. Quinn was obsessed with Matt. He showed him ALL of his toys and then roped him into searching for spiders and other insects around the backyard. Matt was such a good sport and just played along! 🙂 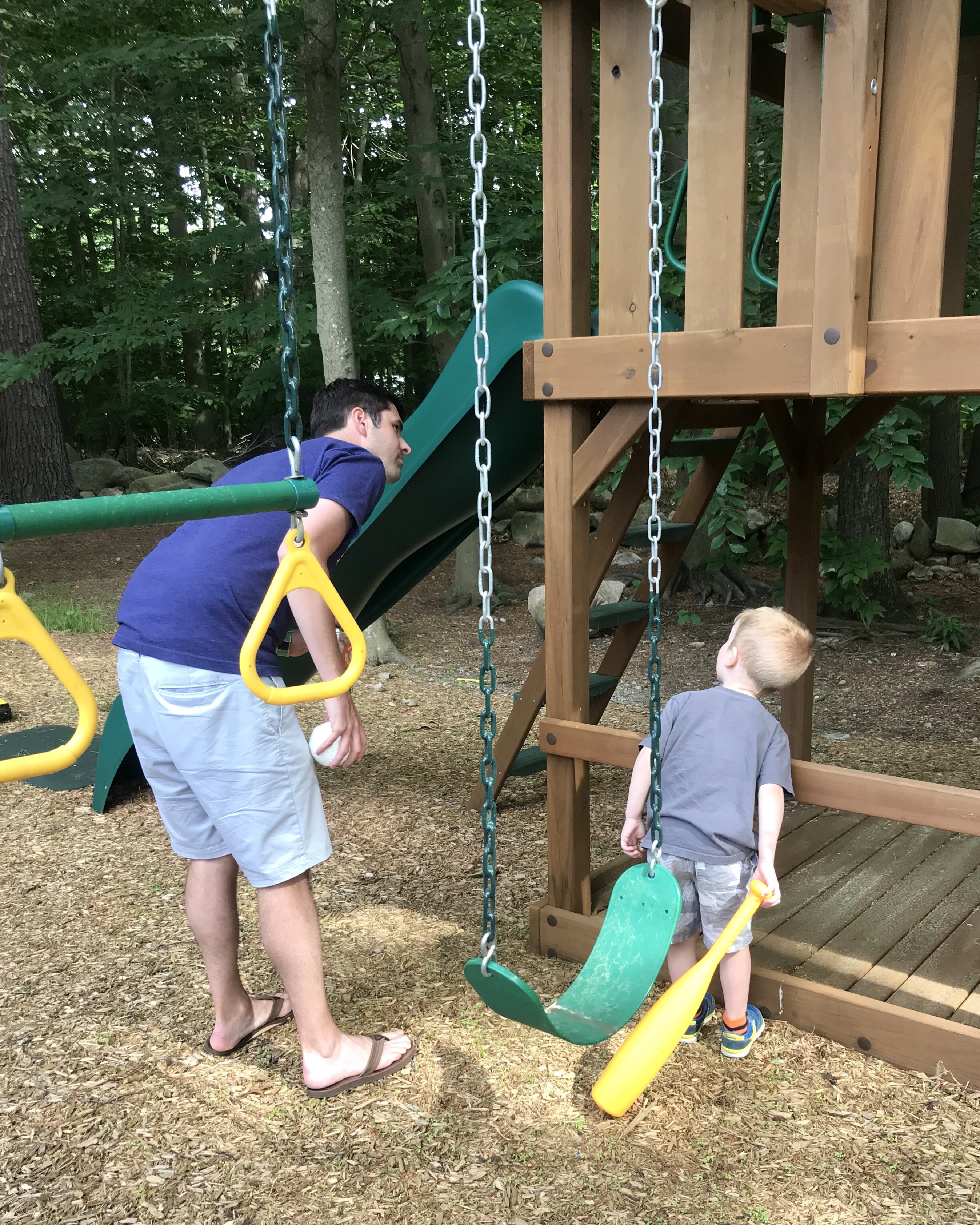 While we waited, we had some drinks, snacks, and caught up. We hadn’t seen Matt in about 3 years, which is definitely the longest we’ve gone between visits, so it was really nice to spend some time with him. 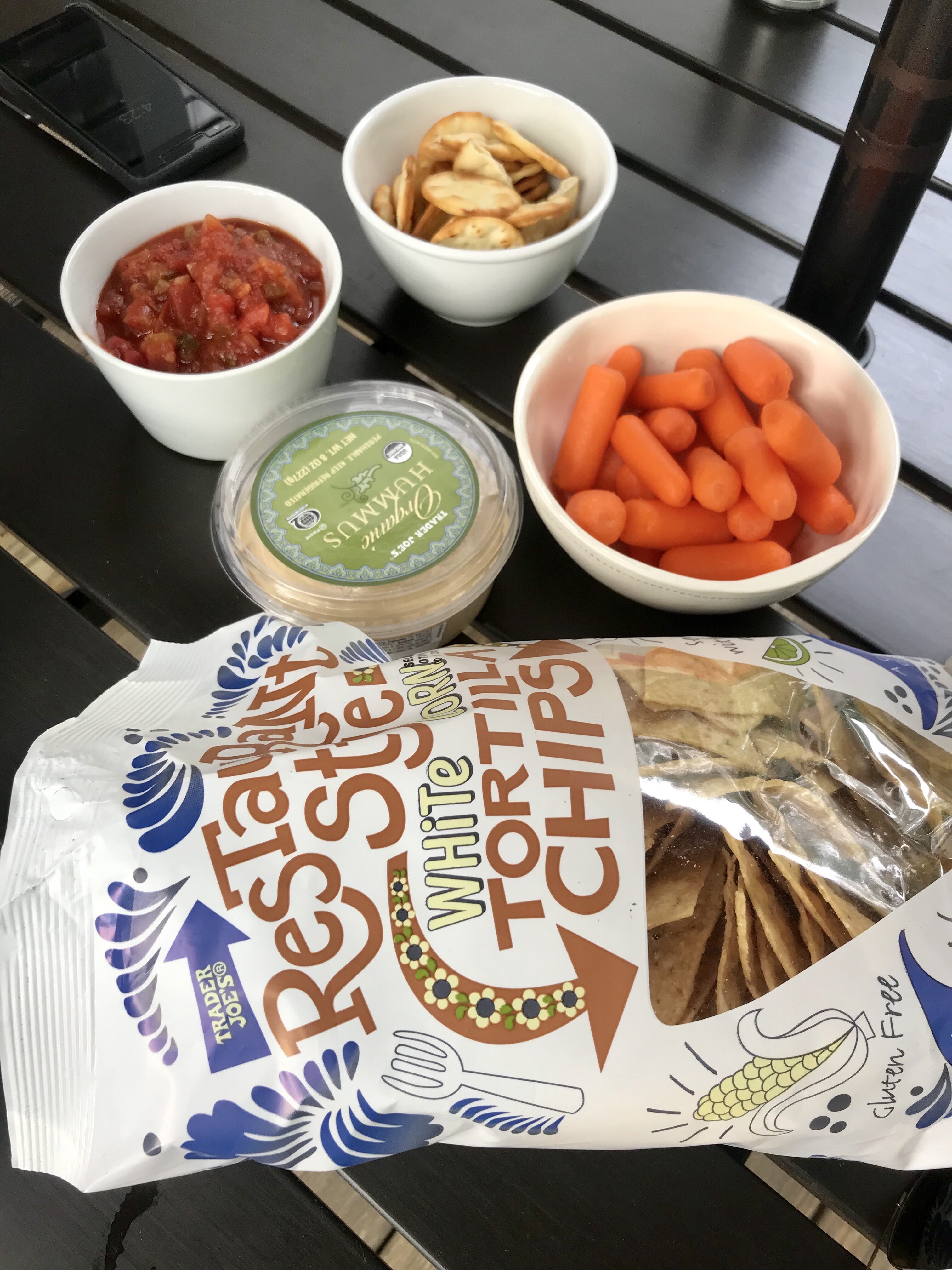 When our babysitter arrived, we hopped in the car and drove down to Mansfield for the DMB concert. I loved that everyone there was “old” like us! 😉 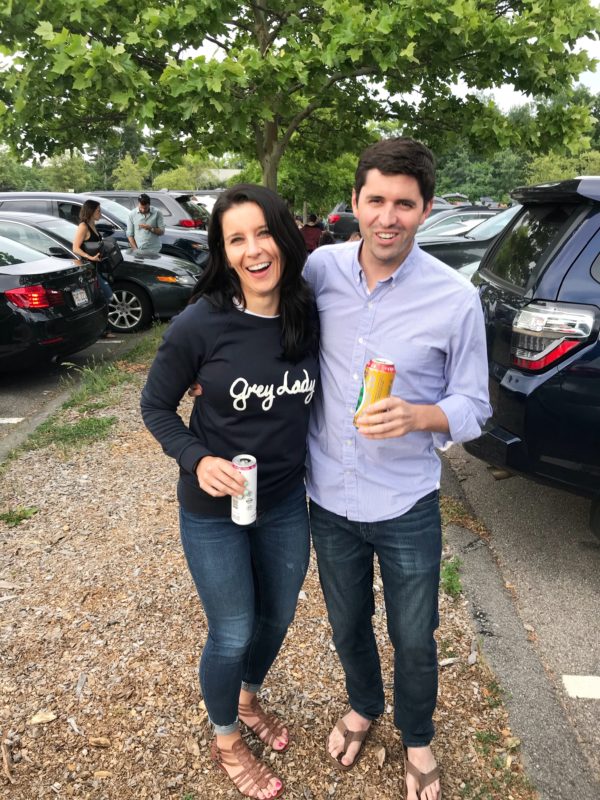 My Gray Lady sweatshirt is from Skinny Dip on Nantucket – and, my gosh, they had SO MANY adorable pieces to chose from!

We didn’t have much time before the show started, so our tailgate was pretty minimal. Oooh, how times have changed! I remember the tailgate being even more important than the concert back in the day! Although, we vowed to go to DMB again next summer (as long as they’re still touring) and do up the tailgating right! 🙂 Even though our tailgate time was short, we still had a ton of fun! 🙂 The nice people from Coco Cocktail sent me some of their adult beverages to try, and I was pleasantly surprised by how much I enjoyed them. Listen to this: COCO Cocktail is a spiked, sparkling coconut water that is refreshing, hydrating… and nutritious! Yep! It’s made from fermented orange peels mixed with coconut water, all natural juices and superfruits. Fancy, right? It’s gluten-free, vegan, paleo and made with all natural, non-GMO ingredients. The side of the can even had nutritional facts with all sorts of vitamins and minerals listed. How’s that for a “healthy” cocktail! 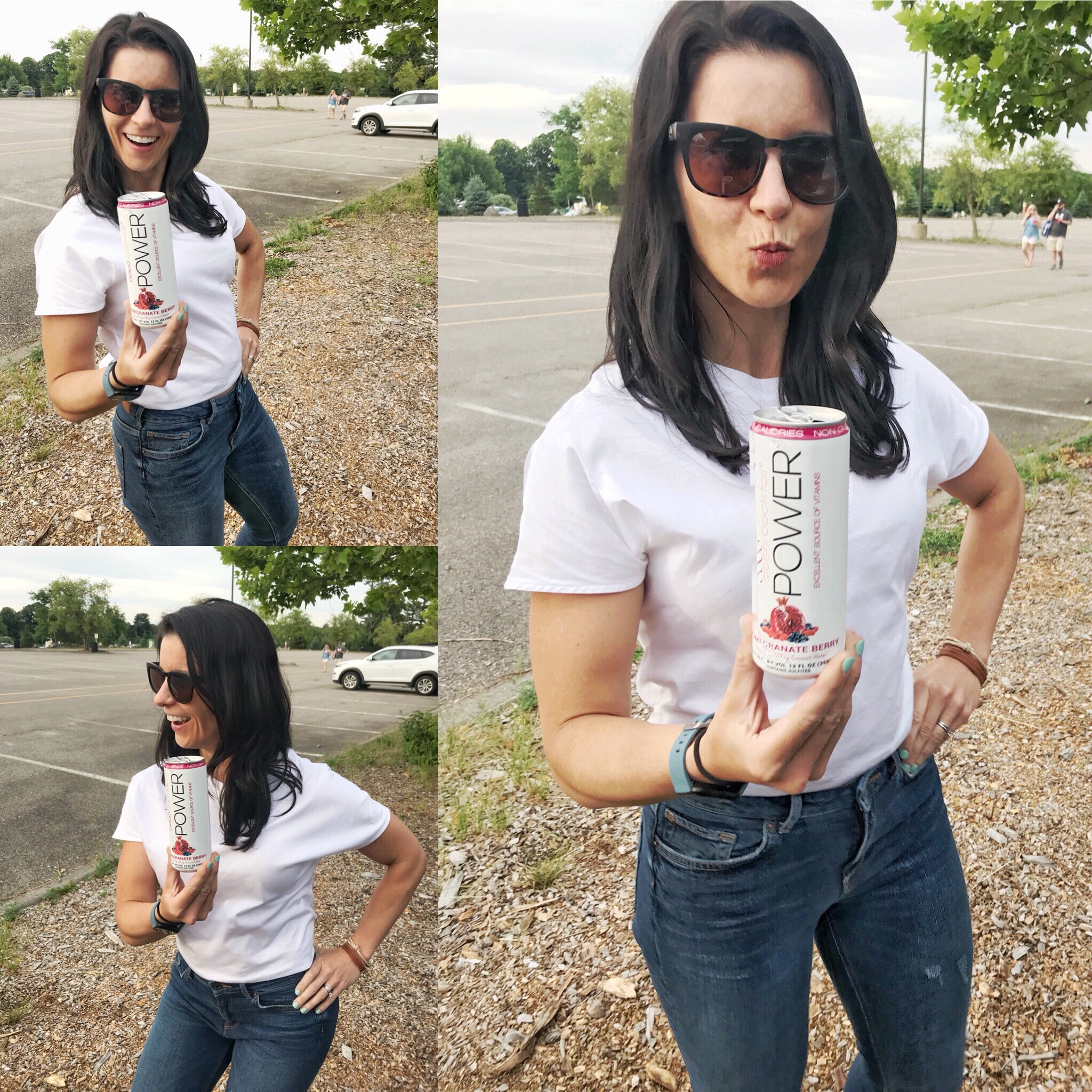 Before we knew it, it was concert time! Woohoo! 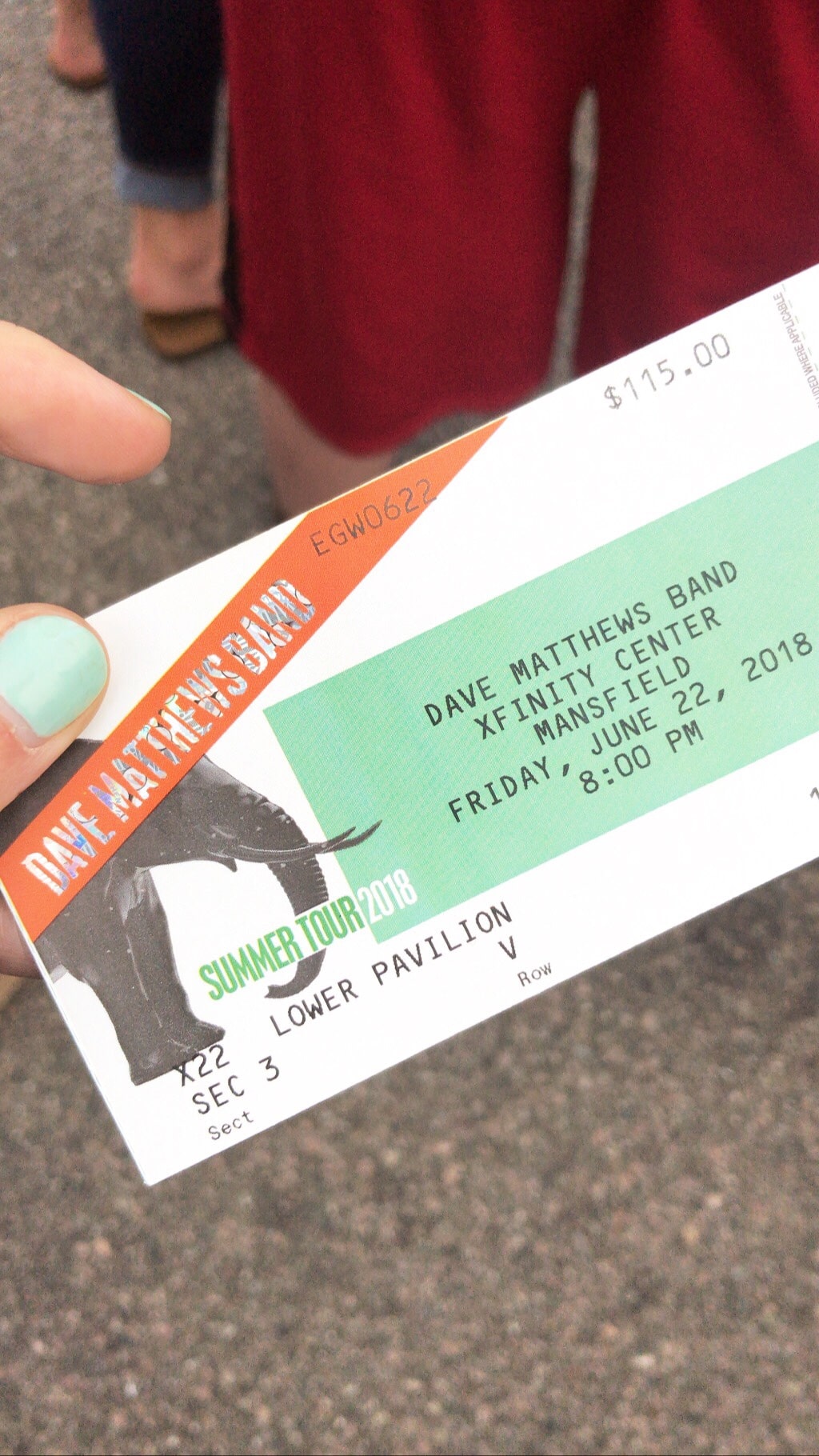 The show was really amazing and brought back so many memories from the late 90s and early 2000s! 🙂 The original band has changed quite a bit over the years, but I was impressed by the new musicians and Tim Reynolds, who made a special guest appearance. 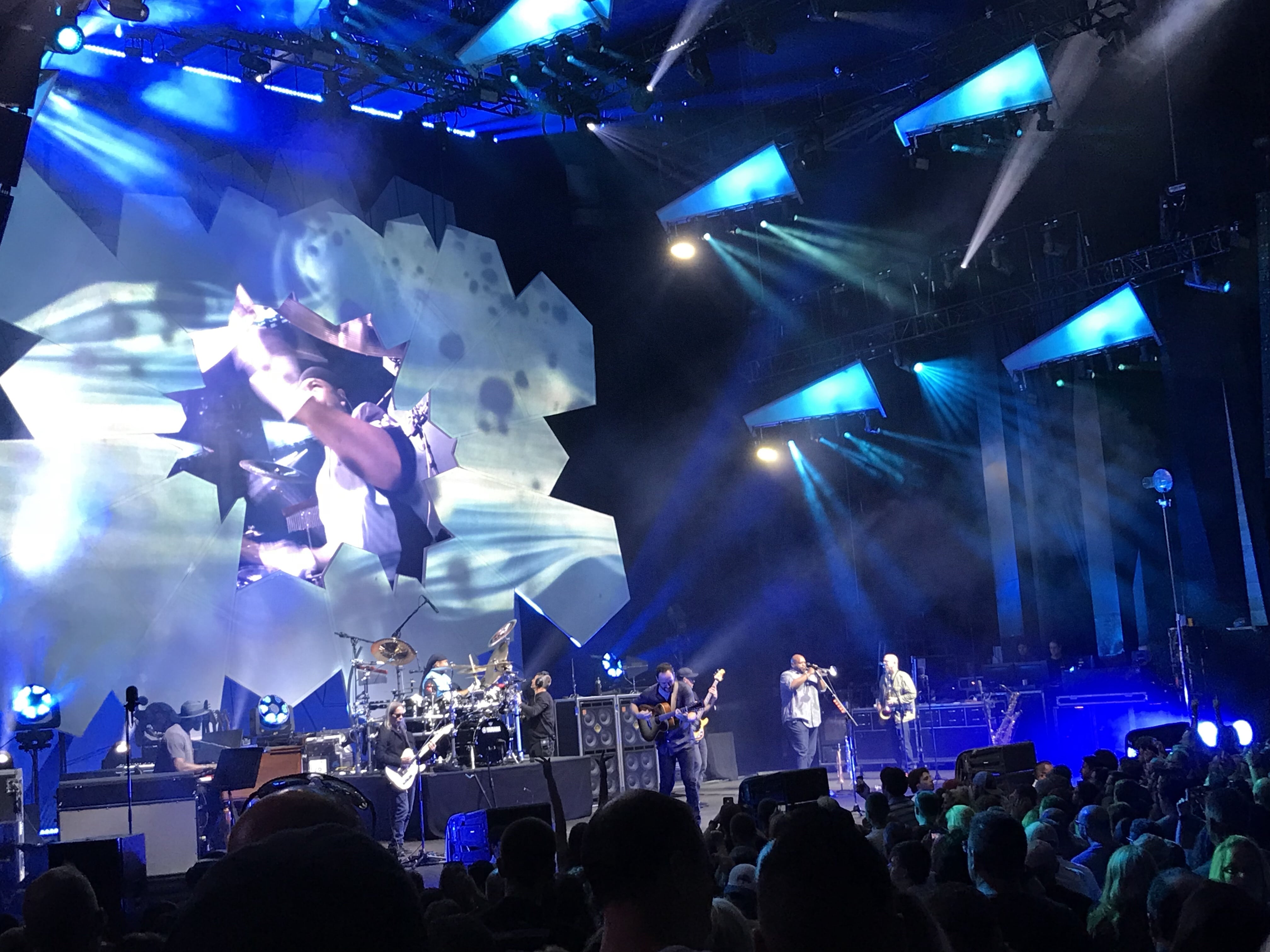 On Saturday, a lot of nothing happened at our house. Everyone was exhausted! 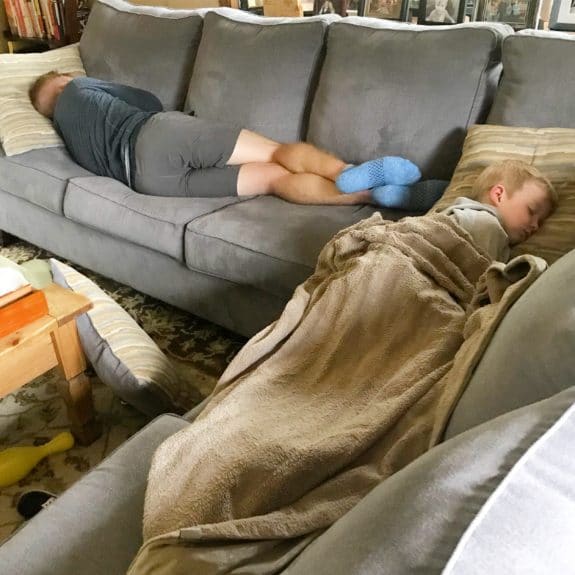 Late on Sunday afternoon, our babysitter came again to watch Quinn because Mal and I had another event to attend. The past few weeks have been so busy for us, so we’re especially thankful to have her in our lives!

Our first stop of the evening was at Legal Haborside for dinner. On the menu: Wine, oysters, and… 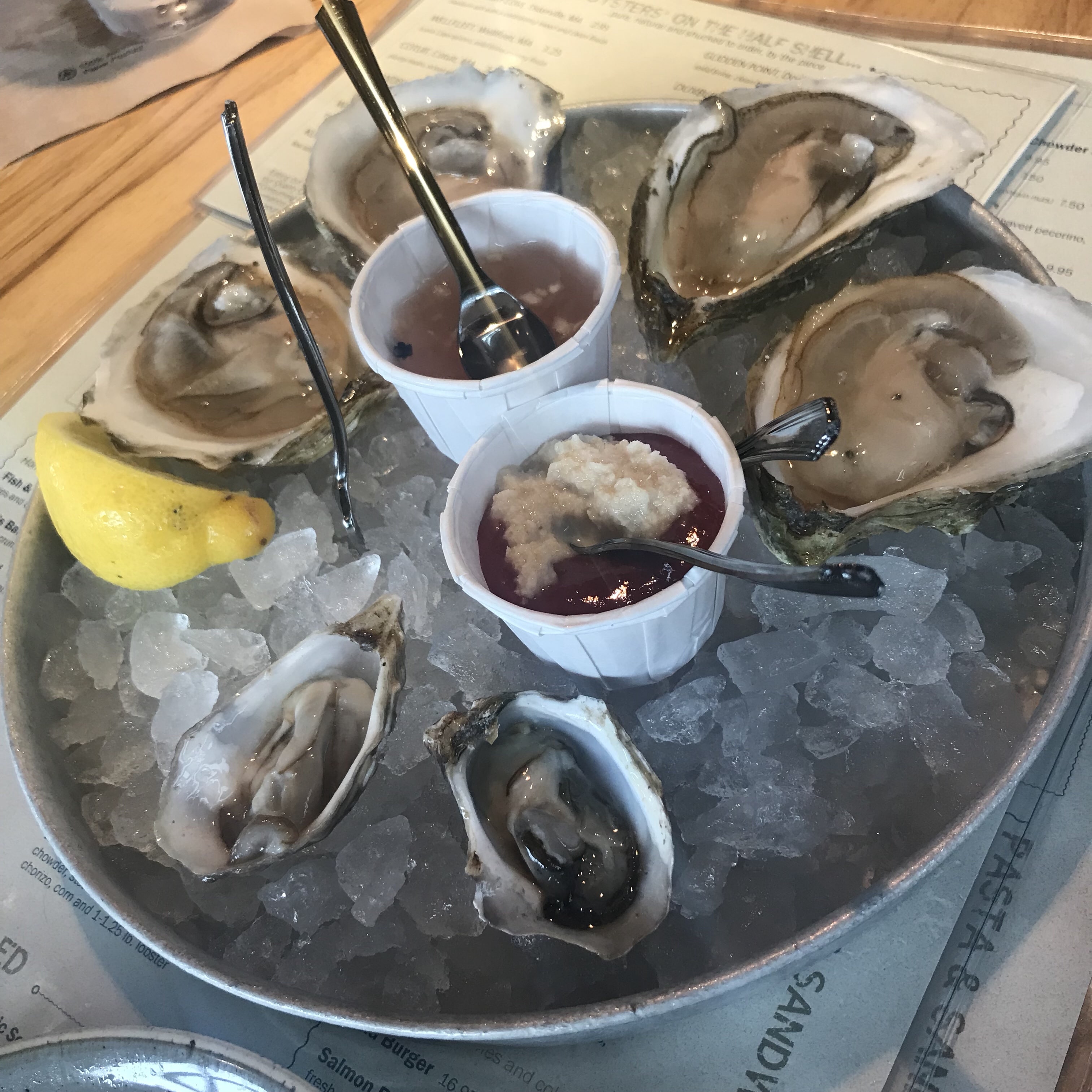 Sliders! All were delicious! 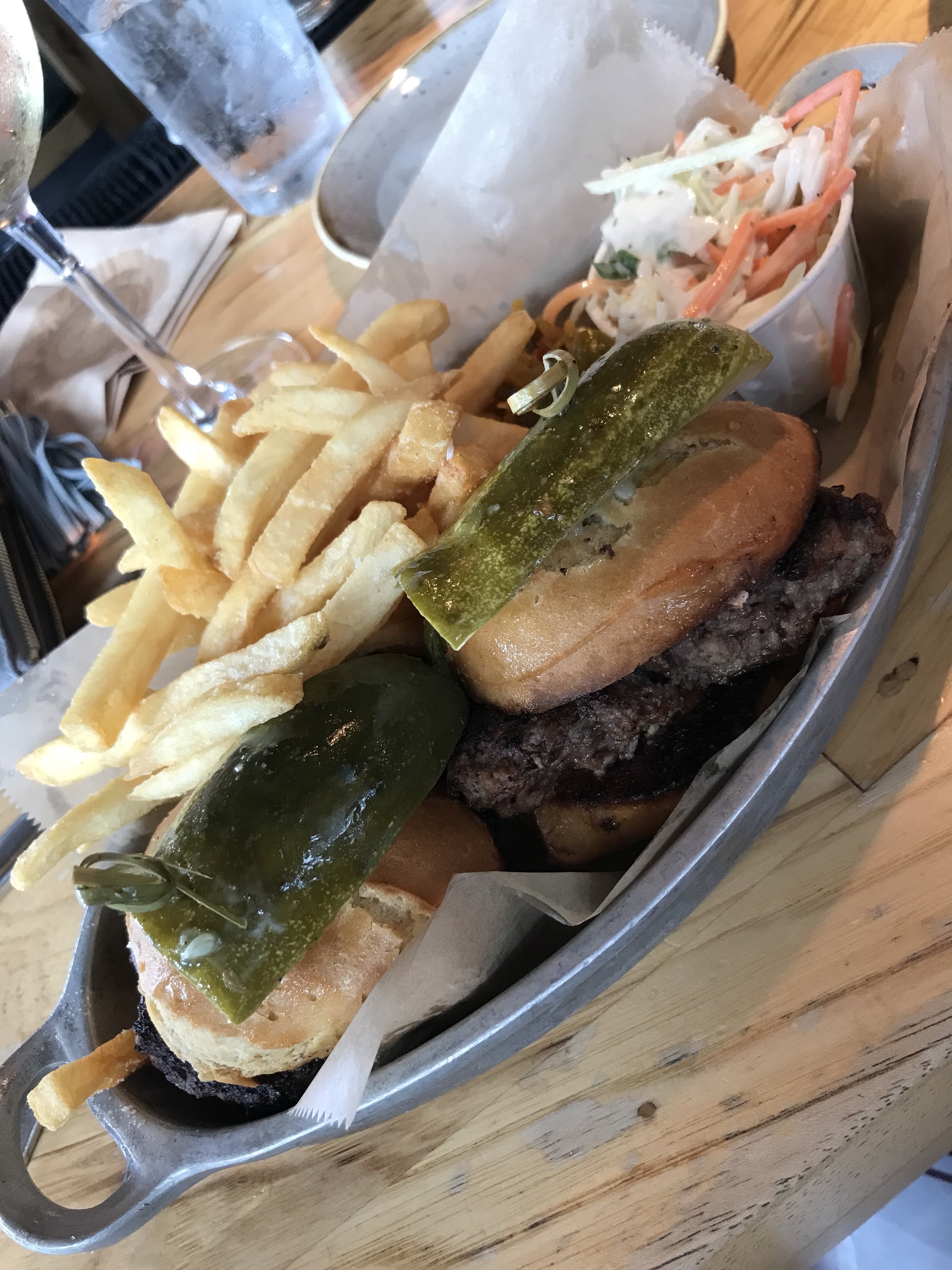 After that, we hopped in an Uber over to the Wilber Theater to see Middleditch and Schwartz, an improv comedy show that was absolutely hilarious! 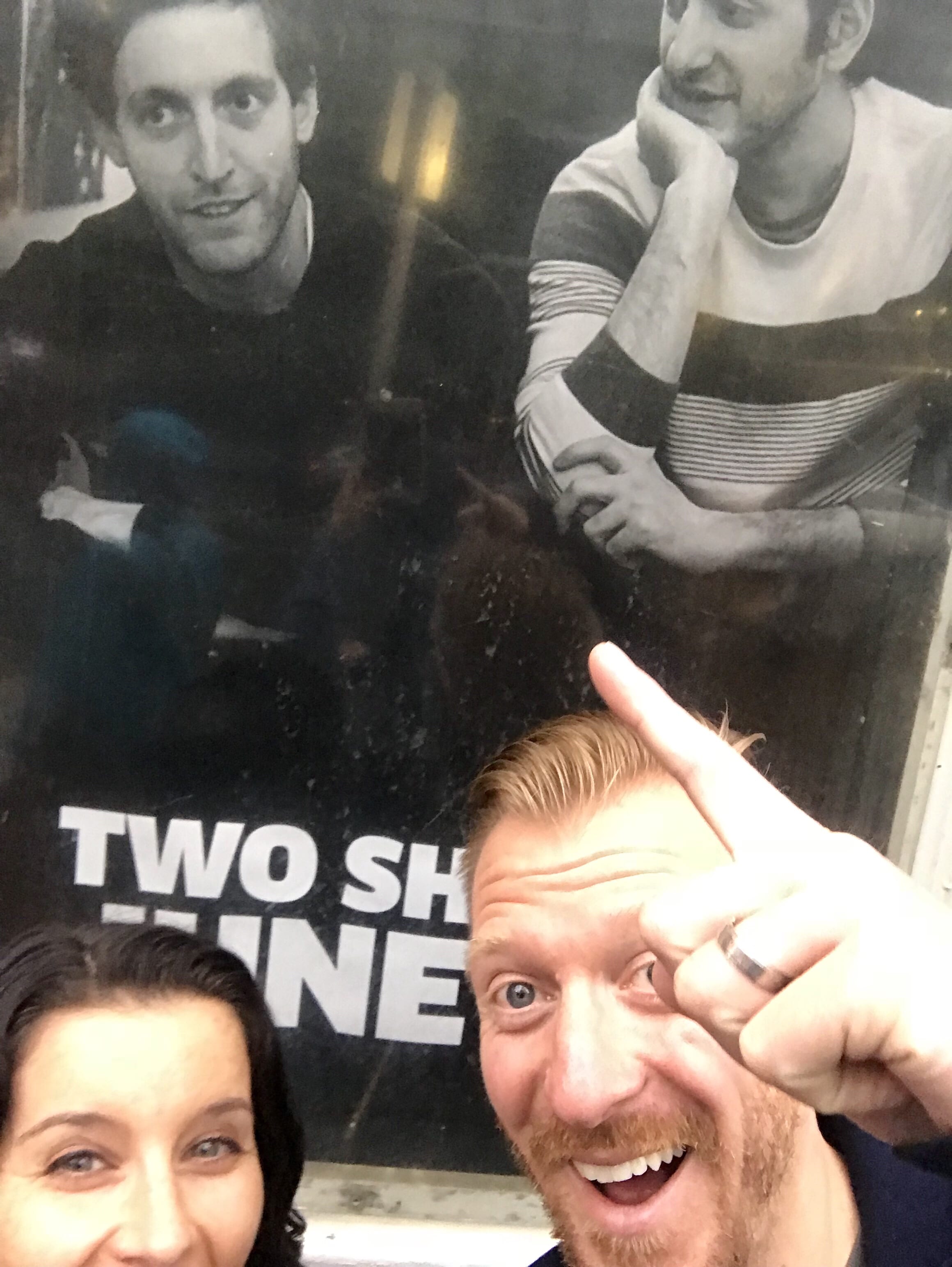 Seriously, Mal and I cracked up the entire time!! 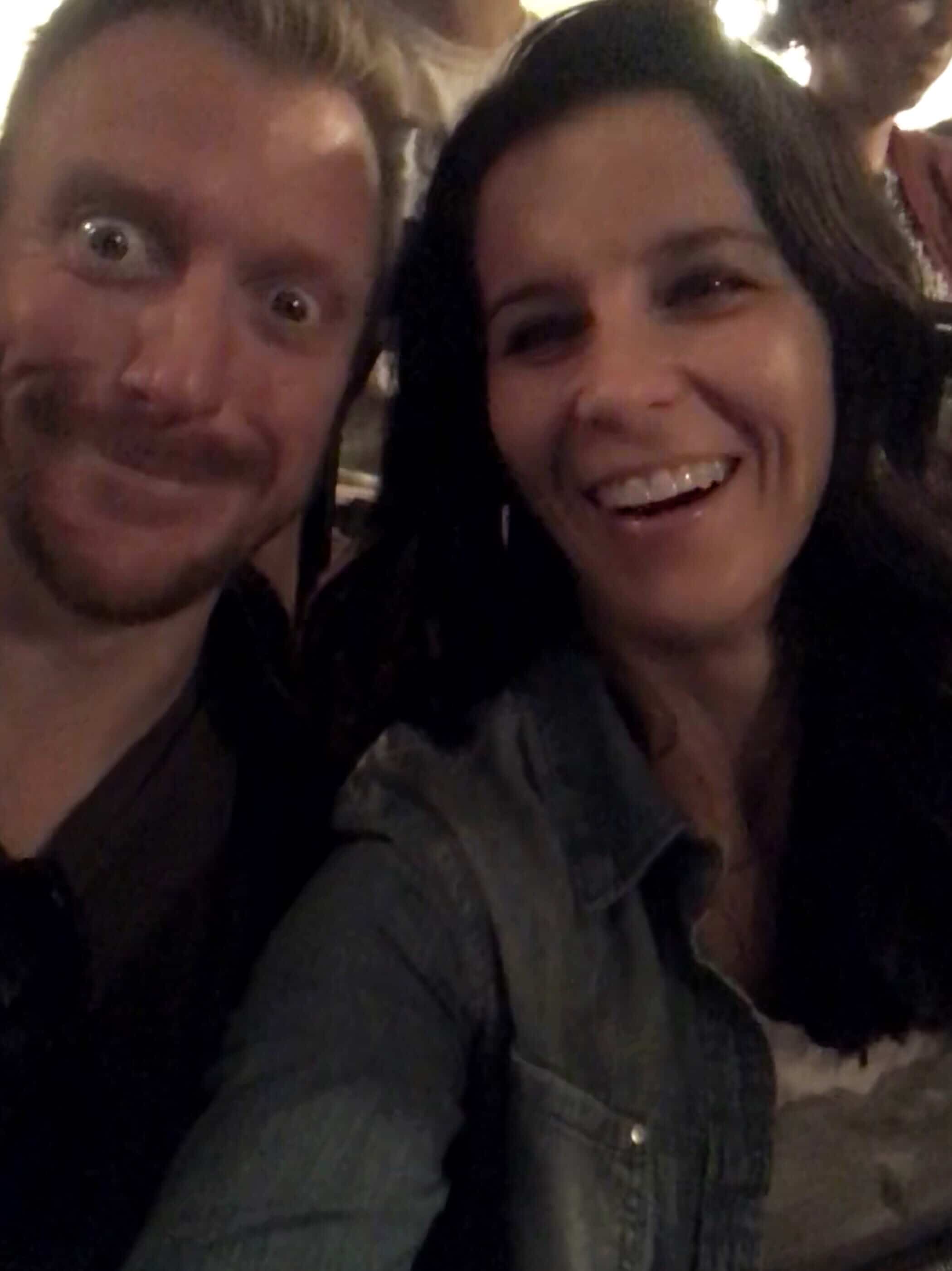 Any DMB fans out there?

When was the last time you saw a concert?