Just When You Want to Konmari Your Kids Toys 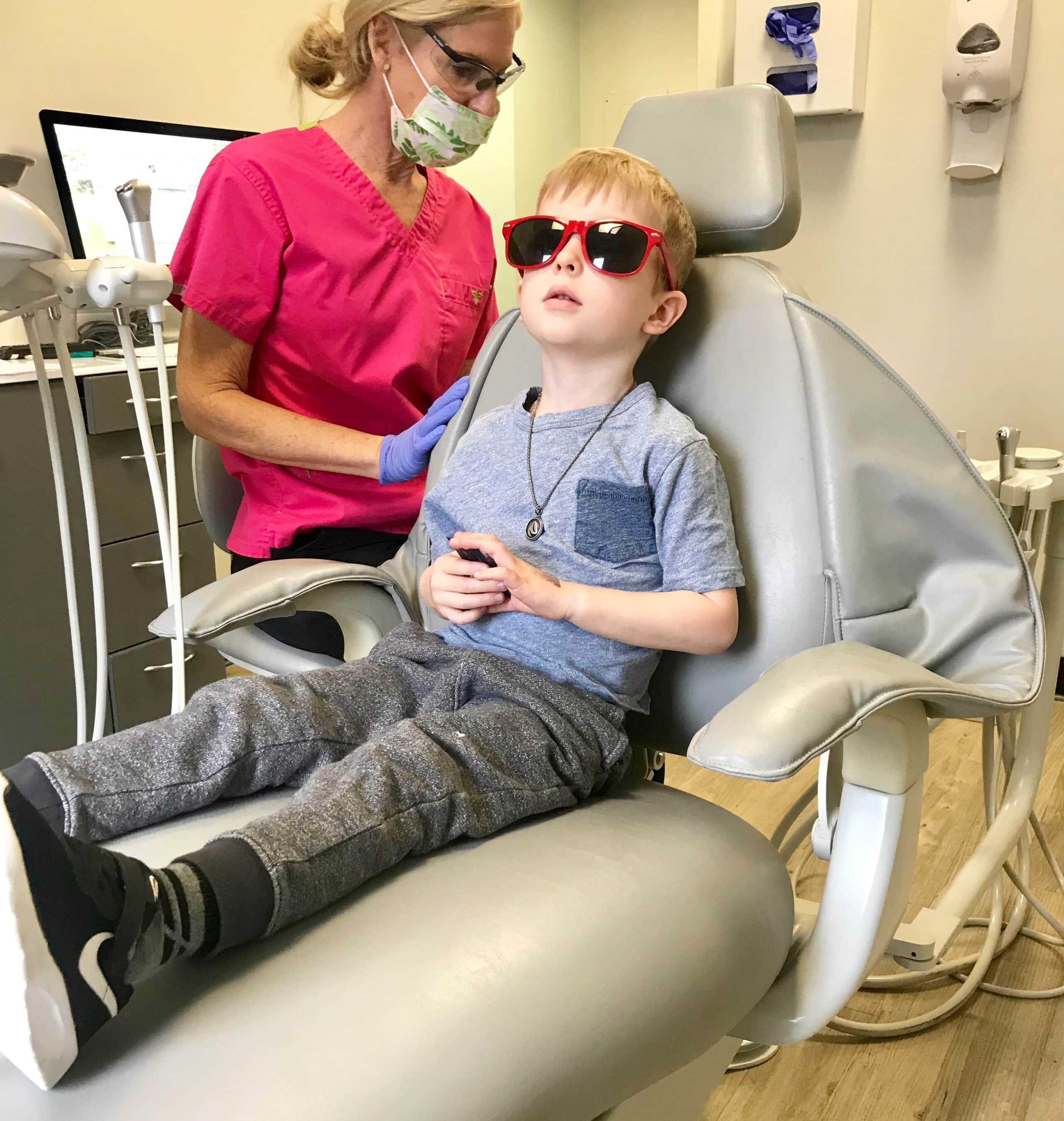 Hi, guys! Happy Saturday! I hope your weekend if off to a wonderful start!

Our Quinn and Mumma day yesterday was pretty busy in the morning, but very low-key in the afternoon, which ended up being the perfect way to end our week – and start Mal’s school vacation! Quinn will go to school a few days, but we’re also planning some family adventures as well!

My morning started bright and early at 5:15 AM with Mal “pushing me into the bed.” Ok, well, there’s a story… a few months ago, I asked him to wake me up when his alarm went off, so I could go to an early morning workout at Iron Way. I’m not usually a heavy sleeper, but, apparently, that morning, Mal had some trouble waking me up. I must have had a strange dream or something because when I woke up, I was like, “what the F are you doing?” – totally forgetting that I had asked him to wake me up. Once I was actually awake, we had a good laugh about it, so now it’s a running joke on mornings when I get up for the gym. Anyway…

After the gym, I drank my celery juice (post coming soon), made an iced coffee protein shake with OWYN, and then ate a couple of rice cakes with Teddie peanut butter and banana slices on top. 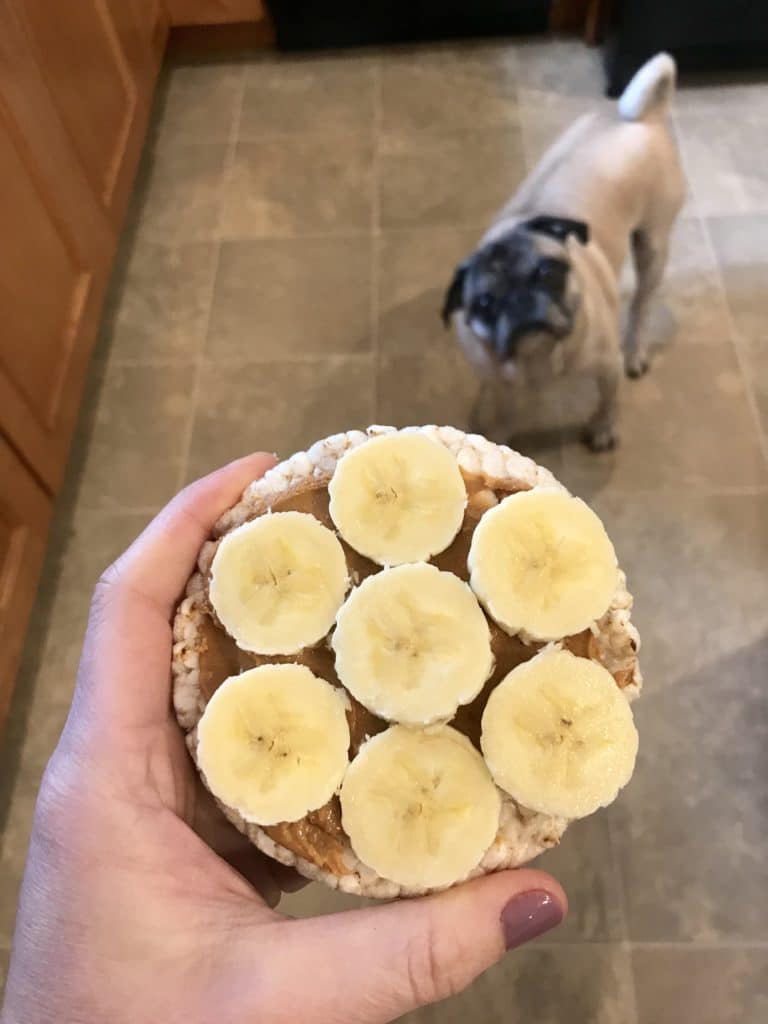 Quinn and I hangout and dillydallied for the rest of the morning. At one point, he came out of his playroom wearing a set of plastic beads from Halloween. I actually made a joke to a former nutrition client that just when you want to Konmari your kids’ toys (aka purge), they decide its their favorite and play with it again. I literally mentioned this exact set of beads to her and, 48 hours later, he’s wearing them! Ha! 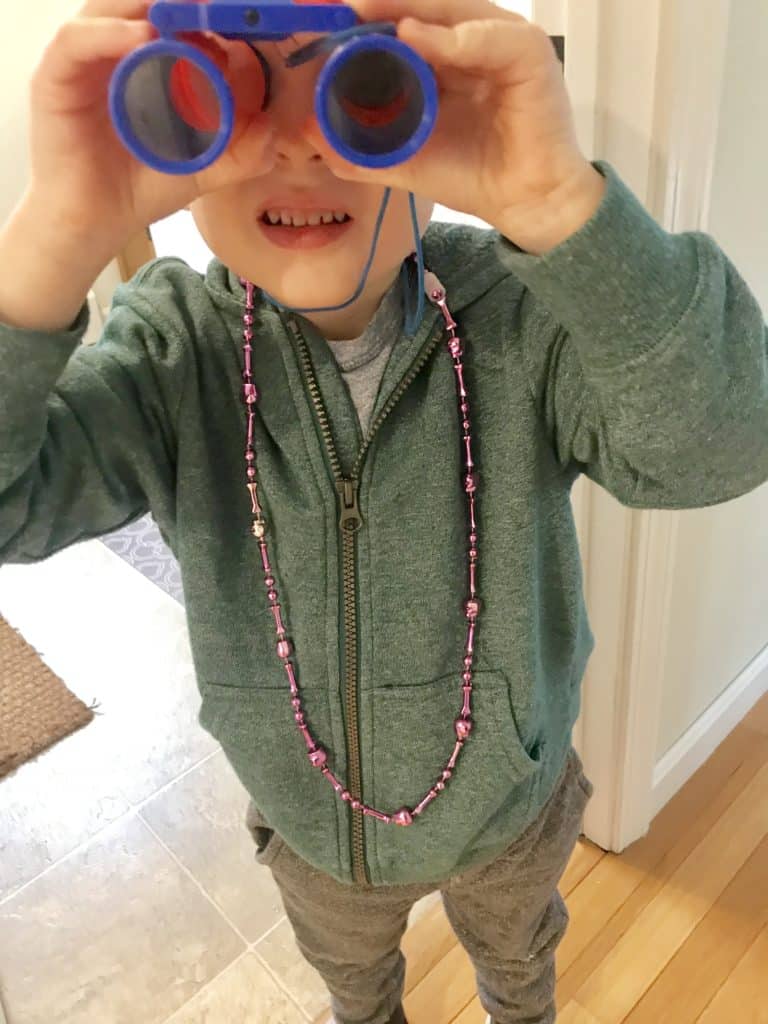 After a low-key morning, we headed to the dentist for Quinn’s 6-month check-up. He sat for his first-ever x-rays and was awesome during his cleaning, so the dentist said he could pick out THREE toys from her closet. 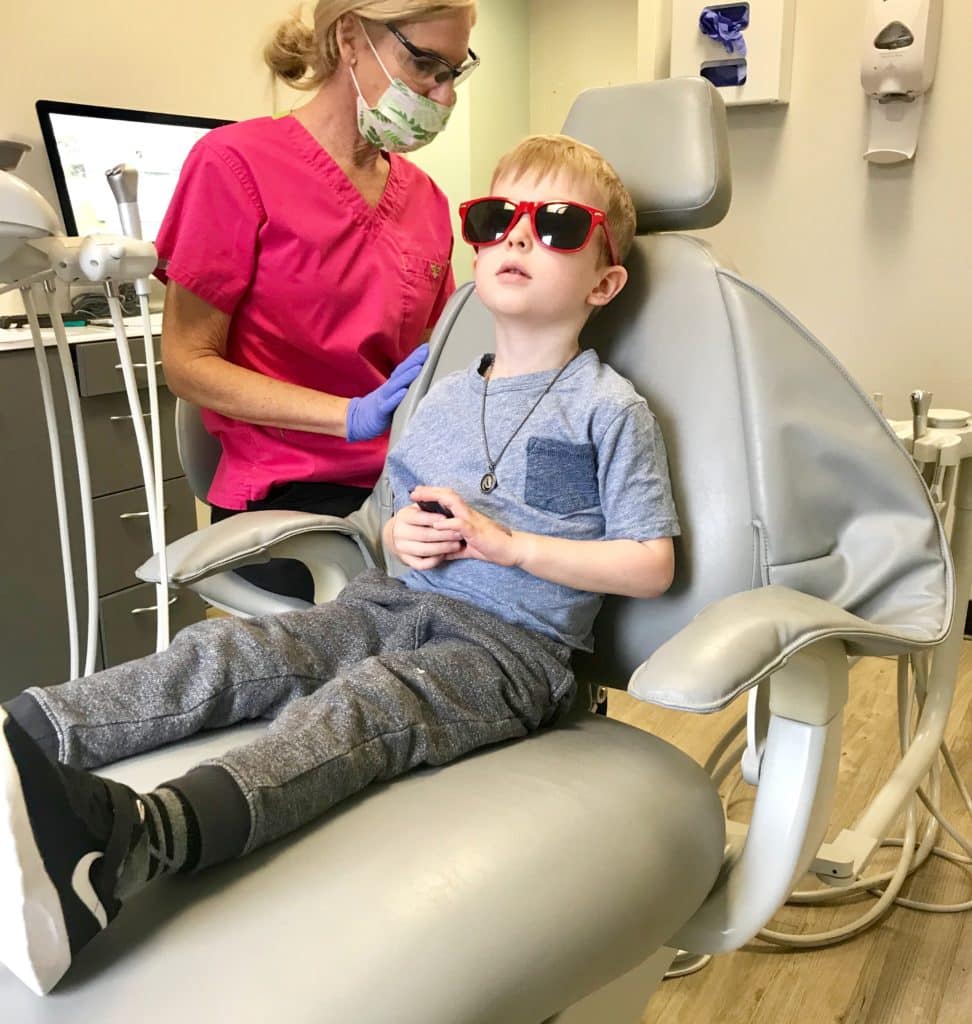 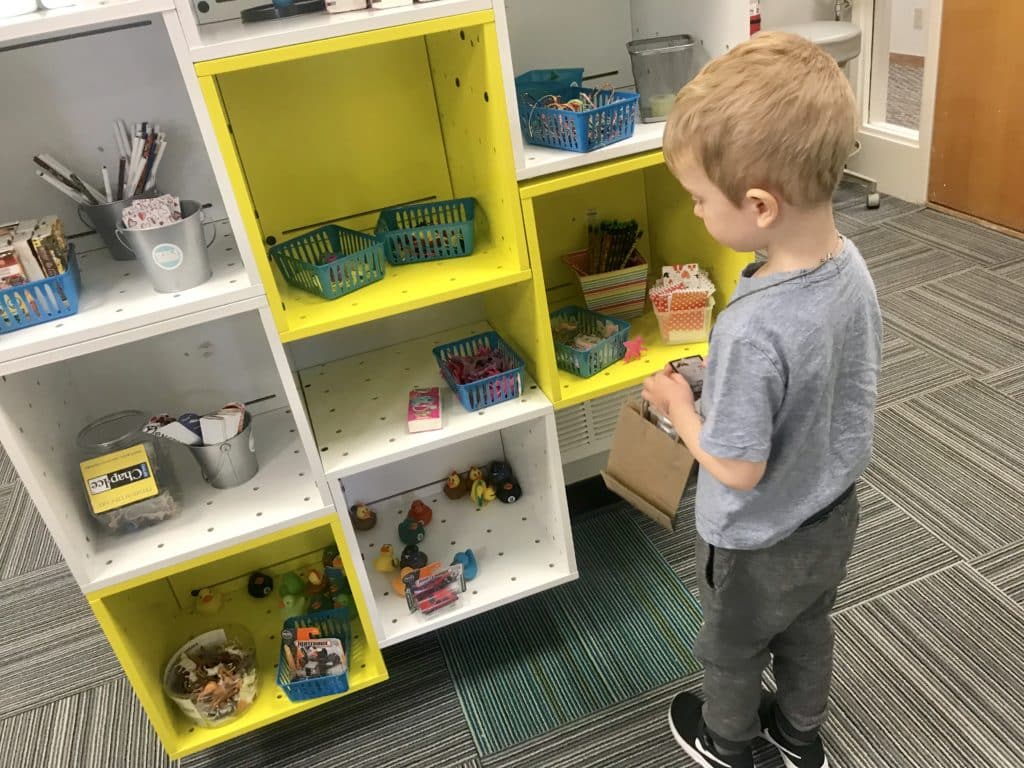 After the dentist, we headed straight to Goldfish for swim lessons. Quinn continues to make progress and swam even further in the pool by himself! 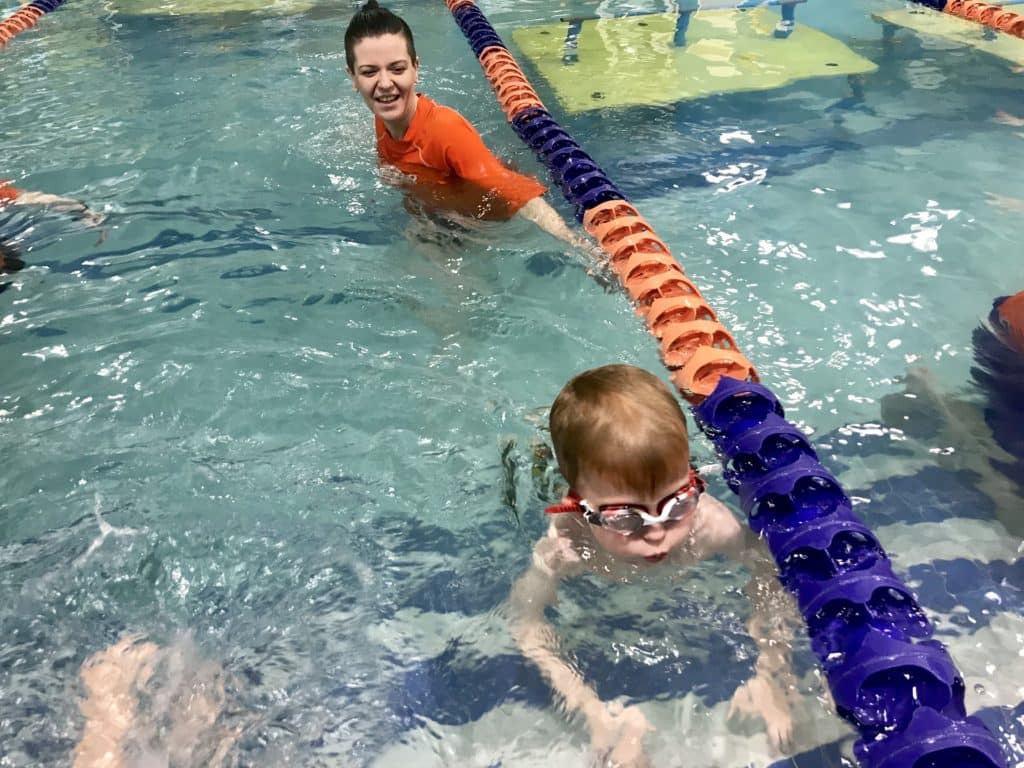 Back at home, I whipped up a random bowl of goodies for lunch. Even though I meal prepped this week, we didn’t have much in the fridge, so I improvised. 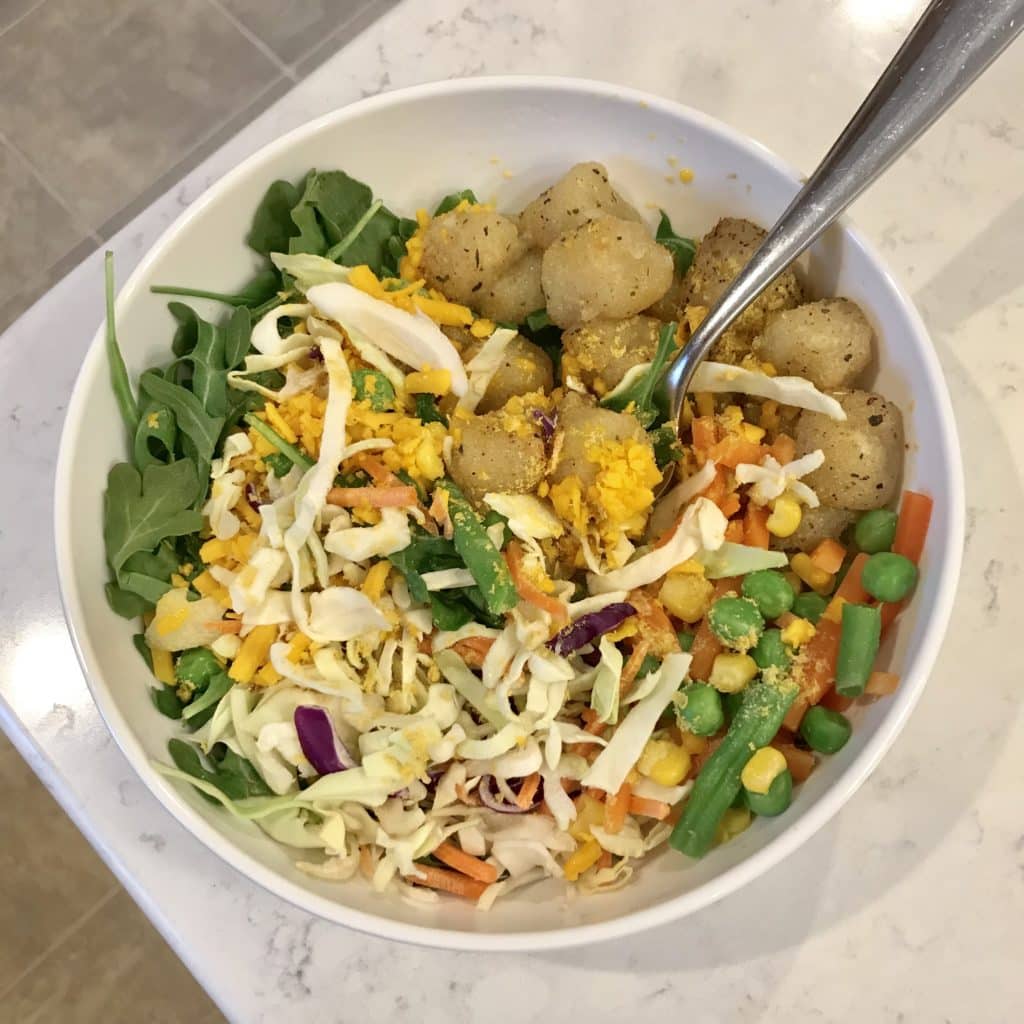 The end result was actually quite delicious and macro-balanced! 🙂 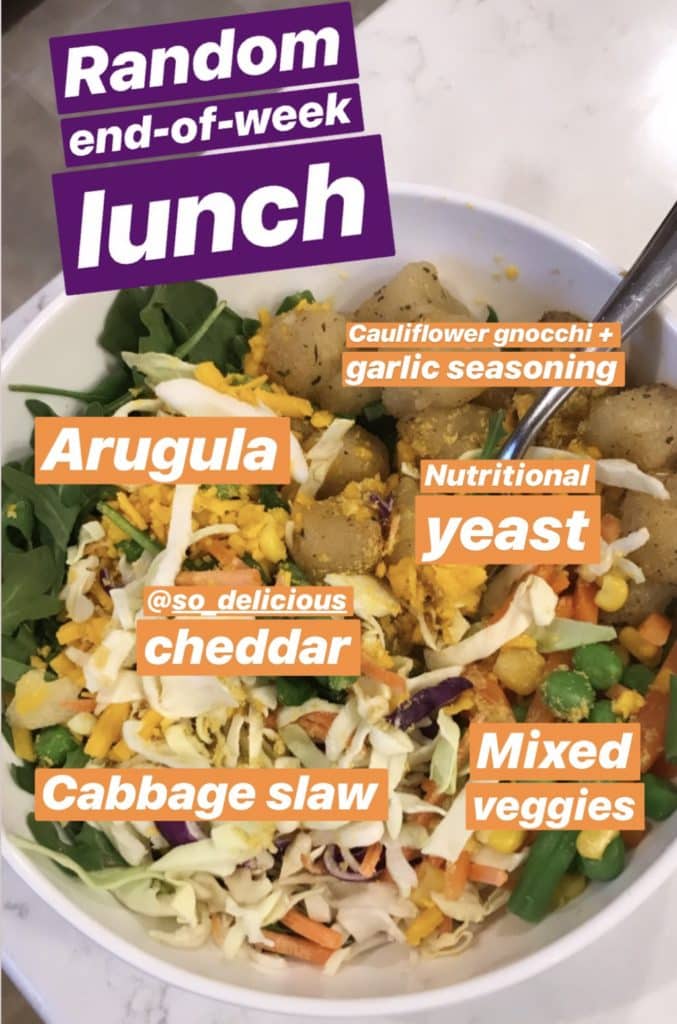 After lunch, Quinn and I took a trip to Trader Joe’s for some groceries. (Seriously, our food situation was pretty pathetic.) On the drive home, he looked really tired, but insisted that he didn’t need a nap.

Quinn had begged me all morning about playing “Plants Versus Zombies,” so I said he could play while we had some quiet time together. When he went to play it, our iPad was out of battery. I told him I would charge it and bring it to him when it was ready. Not even two minutes later, he was fast asleep on the couch. Our busy morning totally exhausted him! 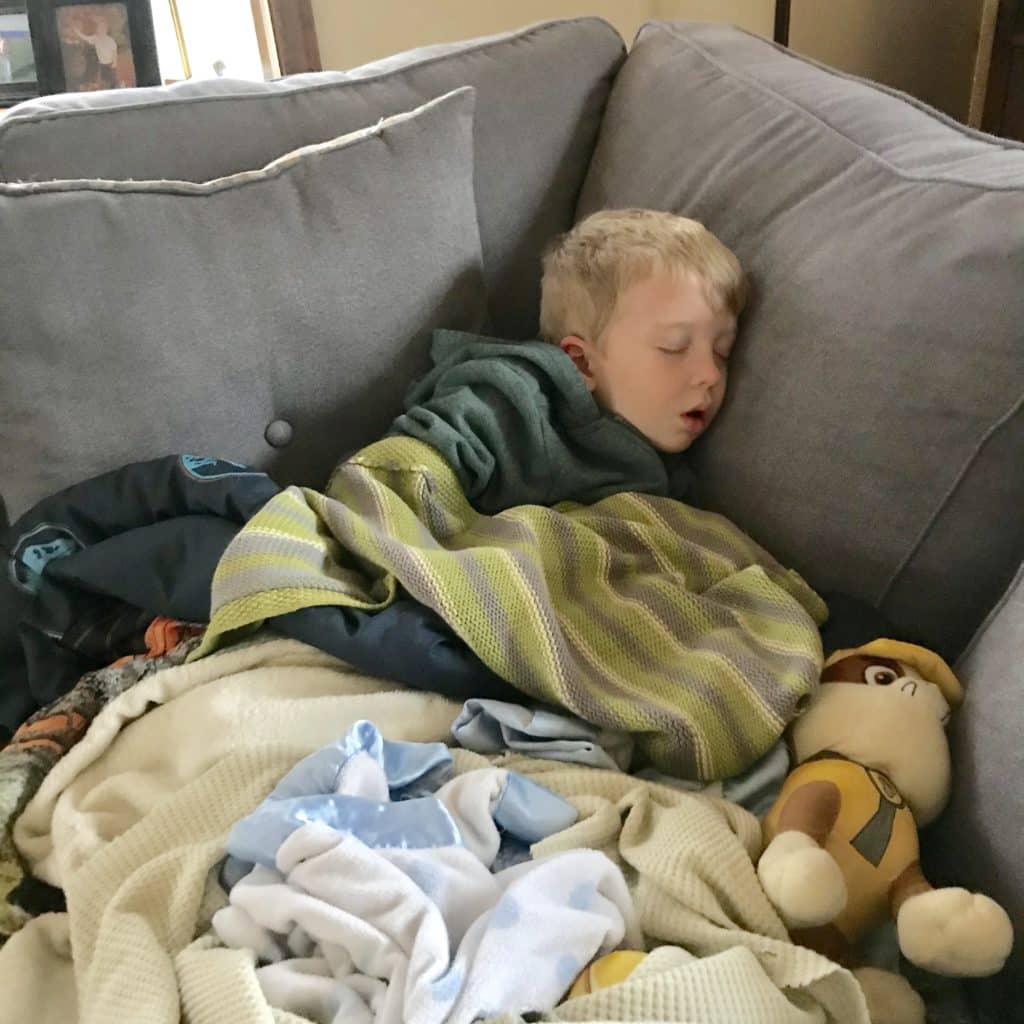 What do you do with all of the random junky toys that your kids own?

P.S. Local readers: Are you looking for something to do with your kids this February break? There are lots of FREE activities happening at the Derby Street Shops! 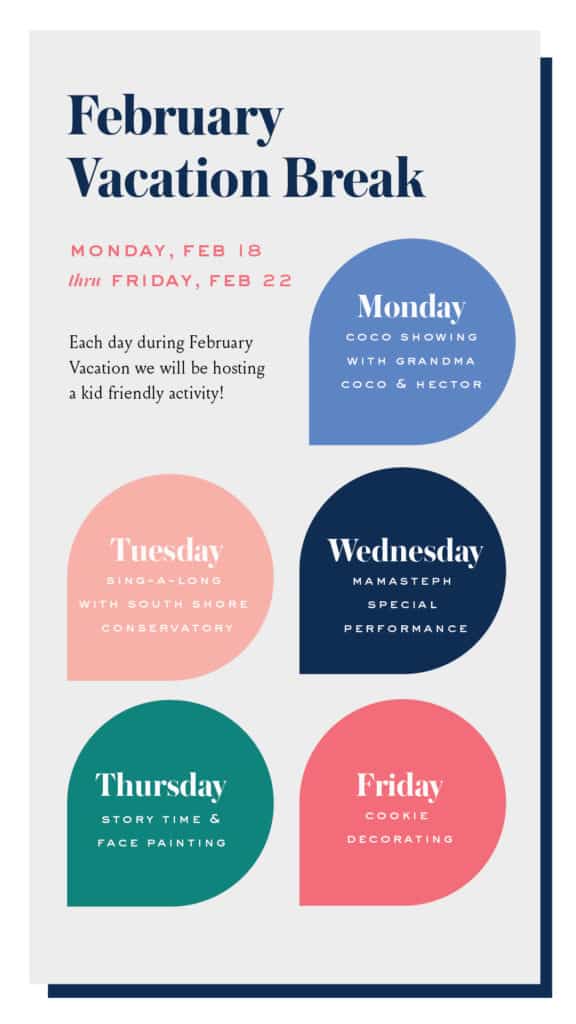