It Takes a Great One

As you guys might remember, our family experienced a D- cross-country flight to Seattle last month. Mal and I still joke about how “scarring” it was. Toward the end of the flight, an older woman came up to us and said that she had watched our family since we boarded the plane and that Quinn reminded her so much of her oldest son. She didn’t comment on Quinn’s behavior, but instead she leaned in and said: “He’s going to do great things.” She continued with a few words about her own son and then reminisced about some of their travel “adventures” over the years. She also shared a sweet story that actually inspired this blog post. She said when her son was grown (I assume adult age), he made her a birthday card. On the outside, he put a photograph of her and, on the inside, it said: “It takes a great one to raise a great one.” Maybe I was exhausted/frustrated from dealing with a crank-monster toddler all morning, but my eyes immediately welled up to the point that I felt kind of silly as I thanked her for her story and kind words. They were just what I needed to hear. Qman is truly a sweet boy and so kind to others, but his behavior on the plane that day was not out of the ordinary. He’s VERY strong-willed and only does what he wants to do– to the point where he’ll tantrum for up to an hour (if we let him) and nearly make himself vomit because he’s so worked up. That whole “ignore the tantrum” thing does not work for our family. I actually used to get upset that we had such a “difficult” child and wished that he was easygoing like other kids. But, in recent months, I’ve really started to appreciate our strong-willed little dude and realized that strong-willed children are a blessing, not a curse. I (definitely) don’t have all the answers with regard to parenting a strong-willed kid (although, wine seems to help), but I know there are parents in the same boat as us, and I just wanted to give you some reassurance that 1) this stage shall pass and 2) our children have such strong wills because they NEED to accomplish great things later in life. Knowing this and remembering the woman from the plane keeps me going when things get tough. Especially when I’m about to lose my patience, I remind myself: “It takes a great one to raise a great one.” I constantly gain strength from these words, and I hope you will too.

Additional pieces about strong-willed children that I like and have found helpful:

Why I’m Glad to Have a Strong-Willed Child

Why it’s good to have a strong-willed child, and why you should let up on them 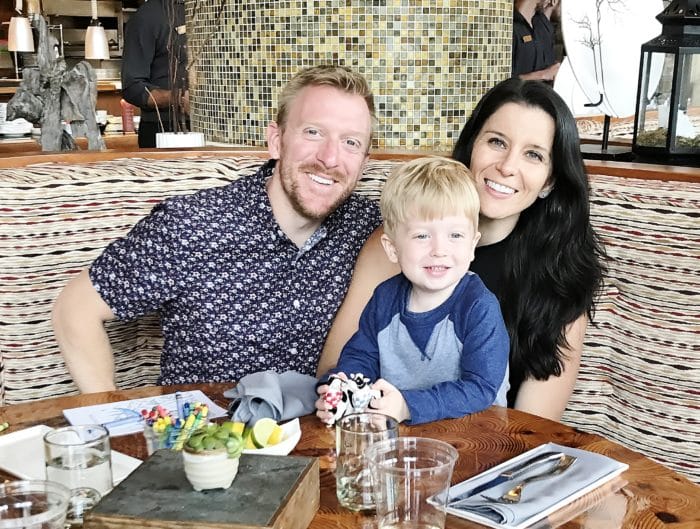 Our First Experience with a (Non-Family) Overnight Babysitter
November 6, 2019 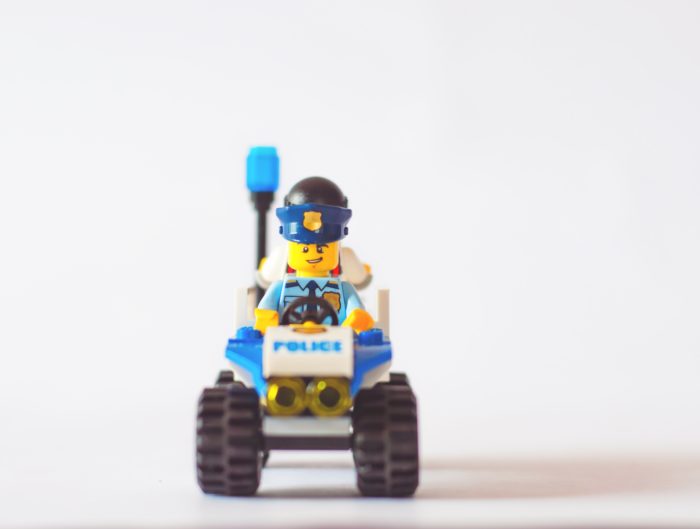 Toddler-to-Preschool (and Beyond) Gift Guide
November 15, 2018 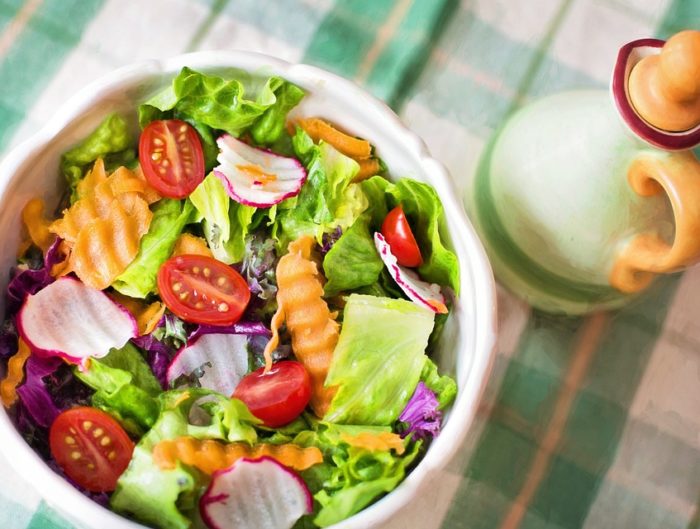 Guesstimating Macros, How We Knew We Wanted Kids & How Often We Grocery Shop
June 10, 2018

As an elementary teacher and parent of my own strong willed child, I would highly, highly recommend reading “10 Days to a Less Defiant Child.” Mine is a teenager now and a great kid but still as strong willed as ever. The earlier you can understand and work with your child, the better. Another positive of strong willed kiddos is that they don’t get sucked into bad decision making and peer pressure which you will appreciate later:-)

I have a very strong willed 10 year old and I’ll tell you, that can be a great attribute in the tween years. Peers don’t have much chance of pushing around a strong willed kid! Have you read Raising Your Spirited Child by Mary Sheedy Kurcinka? I found it when my Girlie was about Quinn’s age and it was a life saver.

Thank you so much for posting this. Our 5 year old middle child’s nickname is “tiny but mighty.” She is the epitome of strong willed. But you are right – that just means she will do great things one day. I truly appreciate you reminding me of having this attitude – we are finding our almost 2-year old is a close runner up on the “strong-willed” scale. Ugh! 🙂

I too am the momma to a strong willed 18 month old we lovingly refer to as our tiny terrorist! I have to remind myself daily that he is expressing himself the way he knows how and in time he will become more skilled at expressing his wants and needs ❤️

Tiny terrorist! Love that! Qman is our “little maniac!”

This is such a sweet story 🙂 I have a son who’s a month or two younger than Quinn, I believe, and I just wanted to offer something that might *possibly* work for you guys with tantrums. My little guy, Berkeley, is also very strong-willed and I had to figure out a way to diffuse tantrums since he likes to injure himself when he’s angry (he bangs his head on things, don’t ask me why!), plus it’s just so sad to see him cry. I don’t remember how i thought of this but now when he starts to wind up ready to tantrum, I say to him “uh oh, you know what happens when you cry…you get a kiss attack!” and proceed to kiss him like crazy all over the place. Altho it might take a coupel tries, it usually gets him to start giggling and magically completely diffuses the tantrum! We’re actually at the point now that if he starts crying and I just say uh-oh, you know what happens when you cry, and he smiles and blows me a kiss 🙂 Give it a try and let me know if it works!

Oh man, this made me cry!! It’s been a long day dealing with a very strong-willed (yet sweet!) 22 month old boy of our own, and I have been the worst version of myself because of it. Our daughter was and still is nothing like this, so I’m out of my element! I love what the woman on the plan told you 🙂

You don’t know how much I needed to read this today. Thank you!

haha I remember my friends being like… Omg this one time my kid acted out in the car so bad… And I had to bite my tounge because it’s literally every time we get in the car. My “strong willed” kid literally popped his elbow out of the socket in the middle of the mall throwing himself on the ground bc I would only give him 5 snacks instead of 10!

Good news is around 26 months he grew out of it (for the most part) and is now such a sweetie (or maybe we are just better at knowing how to deal w him and what sets off his triggers!).

I was a very strong willed child. Recently my sisters (much more docile) and I were talking and I mentioned a person I was with who said something objectionable to me. They asked “oh my gosh, what did you do?” I said “oh, I just told her ‘I’m going to stop you right there because [reasons].'”

My sisters couldn’t believe that you could just actually say that to a person instead of just laughing nervously and hoping the moment passed soon. It would never have dawned on me not to say that. At age 3 or 5 or 11 that probably would have come across as strong willed or “defiant” (a term I hate.)

The tantrums are probably not fun, but that lady on the plane was right. He will grow up to do great things and it sounds like you guys are exactly the right parents for him. (And didn’t he have trouble talking for a while? He might also still be figuring out the best way to express himself.)

My oldest niece is three and a half. About a year ago, she threw a tantrum and screamed so violently that she passed out and banged her head on the counter. At the time, it must have been terrifying; now that we know she wasn’t hurt, it’s going to make for a fantastic story to tell her when she’s older. I love that this woman approached you with so much compassion like that on the plane. If only people took more time to put themselves in the shoes of others, we might be a little more patient and kind.

Oh my goodness. I thought my older son could be a bear until I met my younger son. He’s 17 months old now and this story made me tear up too. Thank you for sharing.

Tina, I had to tell you that I came back to this post for reassurance this morning, after an epic tantrum this weekend where my son actually did make himself sick, and another last night that ended with a certain 2 and half year old someone reading books with no clothes on. Thanks for writing about this to let us know we’re not alone out there!!

We’ve definitely had those days! <3

Thank you for this. I have a 15 month old daughter and she is very strong willed as well. Sometimes my husband and I joke that we’re creating a monster b/c there are times we have to just give in to what she wants to avoid the full blown tantrum. She is such a sweet girl, but just knows what she wants. I do see her achieving great things in life b/c not only does she know what she wants and demand it at times, she already shows signs of such determination. Once she learns a new skill, she will repeat it over and over again until she masters it. You are right, it can be tough at times, but its so amazing to watch them grow/learn.

[…] It Takes a Great One – Mal and I still joke about how “scarring” it was … She said when her son was grown (I assume adult age), he made her a birthday card. On the outside, he put a photograph of her and, on … […]