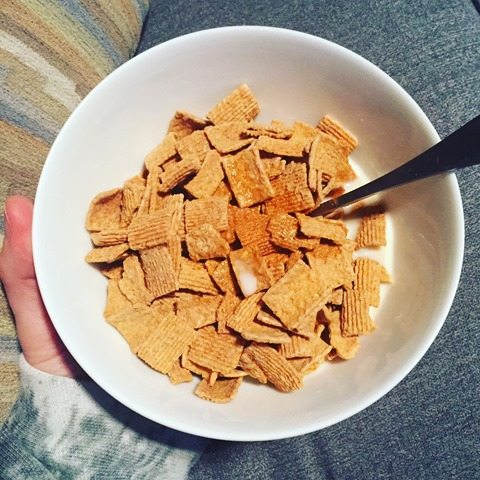 How was your weekend? Ours was pretty good. We had a mix of high and low moments, so I figured another edition of “High Low High” was the perfect way to recap. If you’re unfamiliar with this series, I recap the high and low points of our weekend. I always like to finish on a high note, so there are always more “highs” than “lows.” If you’d like to play along, please leave a comment with your “high low high” from the weekend. Ok, here we go!

HIGH: Playing silly games with Quinn! My gosh, I love 19 months. He’s becoming a little person with such a goofy sense of humor (just like his dad), and I love making him laugh so much. Dragging Quinn around the house in a storage tub was absolutely hilarious for the both of us! LOW: Quinn getting a stomach bug. The poor peanut threw up twice on Thursday and felt terrible all afternoon long. HIGH: Quinn’s stomach bug passing quickly. He was good as new the next day! (He’s watching birds out the window in the photo below. Caw-caw!) LOW: Getting Quinn’s stomach bug and spending most of Friday night throwing up. Uggghhh. It was awful. I hate throwing up so much.

HIGH: Feeling much better on Saturday morning and enjoying some Tina time while Mal and Quinn were at CrossFit. Golden Grahams + The Real Housewives of Beverly Hills for the win! HIGH: Running 13.1 miles at the Winter Warlock Half Marathon with Marisa! LOW: The Winter Warlock Half Marathon. I didn’t run a good race (whomp whomp) and it was easily the most disorganized and poorly planned half marathon I’ve ever run. Full recap coming later this week.

HIGH: Post-race brunch with friends! We made a Cheesy Tater Tot Breakfast Bake (I used an additional egg in the recipe) and a Cinnamon Roll French Toast Bake (I used one less egg). Mmm! They are seriously the best brunch dishes! Your turn! What’s your High Low High for the weekend?