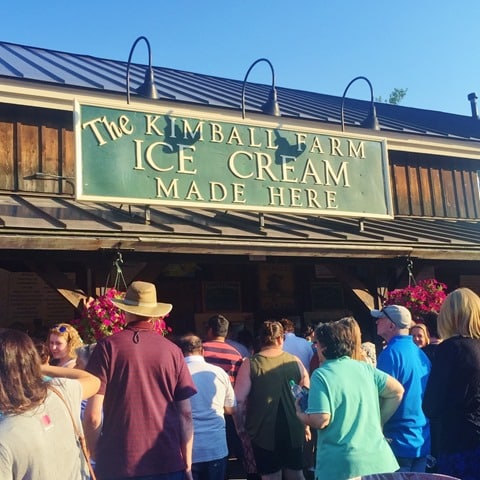 Happy Labor Day to you! How was your long weekend? Ours was both nice and busy, which I guess was the perfect end to the summer. 🙂

Guys, our summer was crazy, and I feel like we didn’t stop moving for nearly 3 months. I’m not complaining—it was all fun stuff—but now I’m more than ready to get back into a routine. Mal is back to school tomorrow, Qman is going to daycare, and I’m finally going to get my act together with CNC and Designed to Fit. Since June (hell, since Quinn was born), I feel like I’ve been flying by the seat of pants/putting out fires with regard to work, so I’m looking forward to turning over a new leaf— try some new things, hire some help, get organized and be more strategic with my time, especially now that I’m juggling a second business. Hey, there’s a lot of exciting stuff happening over here! Anyway, I love a good High Low High post and know you guys do too, so here’s a recap of the high and low moments of our (long) weekend!

HIGH: Starting my half marathon training with an 8-mile run! LOW: Being SO THIRSTY during it. I definitely didn’t plan my hydration well. Ugh, such a rookie move. I usually do my long runs at Southfield (now called “Union Point” –-> stupid name change in my opinion) and make my running loop include a water stop at my car. I thought I could make it through 8 miles without water (I’m typically fine anything less than 10 miles or so), but it was hot and I drank wine the night before, so I was dying. Omg, water was the only thing I could think about for the last couple of miles of my run. Now I’m debating getting a hand-held water bottle or just sticking to my car water-stop method. We shall see. Related: Brooks Running is having an awesome end of summer sale right now!! Enjoy an extra 25% on sale apparel now through September 5th. Promotion valid on sale apparel only. Sizes and styles are limited, so once they’re gone, they’re gone. Be sure to hop on it!

HIGH: Celebrating our friends’ wedding! They’re friends that we met through CrossFit, so the reception was basically a reunion and SO MUCH FUN. LOW: Seeing our old CrossFit friends actually made me kind of sad that we don’t get together more often. Mal and I definitely need to do a drop-in at our old CrossFit soon. FYI, since I get this question a lot, we joined a new CrossFit box because we moved to a new town (last summer) and our old gym didn’t have childcare (and our new one does).

HIGH: Taking an early-morning trip to Coffee Shack. Mal and I got breakfast sandwiches and iced coffee. Qman got an Everything bagel with cream cheese. Mmm! LOW: Driving out to Funny Farm to visit family, and Quinn (and Murphy) falling asleep in the car. It was only 9:30 AM, so we didn’t think a short nap would mess up his usual routine. But when it was time for him to nap later that afternoon, he never really did. He alternated between being quiet (and us thinking he was asleep) and chatting up a storm in his Pack ‘N’ Play. After about an hour or so, we eventually called it quits and figured he just wasn’t tired and that his catnap in the car was enough sleep for him. Well, we were sort of right about that. He was mostly happy, but he ended up being kind of a crank-monster later in the day. HIGH: Exploring Funny Farm with a super excited 2-year-old and pug! Qman has visited Funny Farm a number of times over the years, but now that he’s a little older, it was SO COOL for him. The four of us explored every nook and cranny of the property! LOW: Murphy walking into a huge spider web and freaking the F out. Poor pug. It was so nice spending time with family! Your turn! Share a high and low moment from your Labor Day weekend!