Quinn told me he was “too tired to close his eyes” and then proceeded to pass out on the couch. Haha! I mean, that’s what happens when you wake up at 5:00 AM!

I woke up at 4:01 AM to work this morning, but I was sabotaged by a tiny human walking into my office an hour later. I tried to get Quinn back to bed because I know how the day goes if he gets up that early – plus, I woke up early to work! Unfortunately, getting him back to bed was unsuccessful, so we went downstairs and started our Quinn and Mumma day. I made a glass of celery juice while he played with Cozmo. 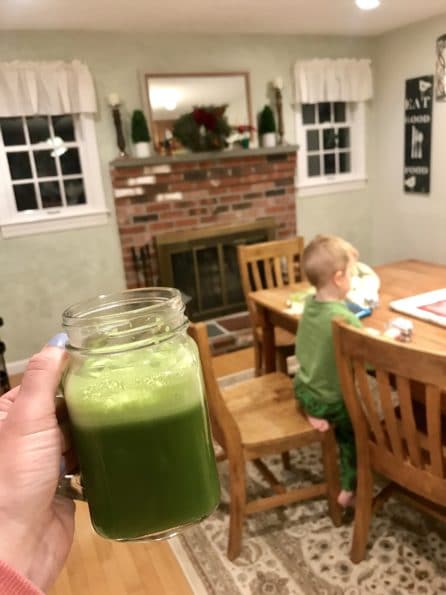 After that, we played with Quinn’s science experiment kit and then made “foam slime,” which is always a big hit! 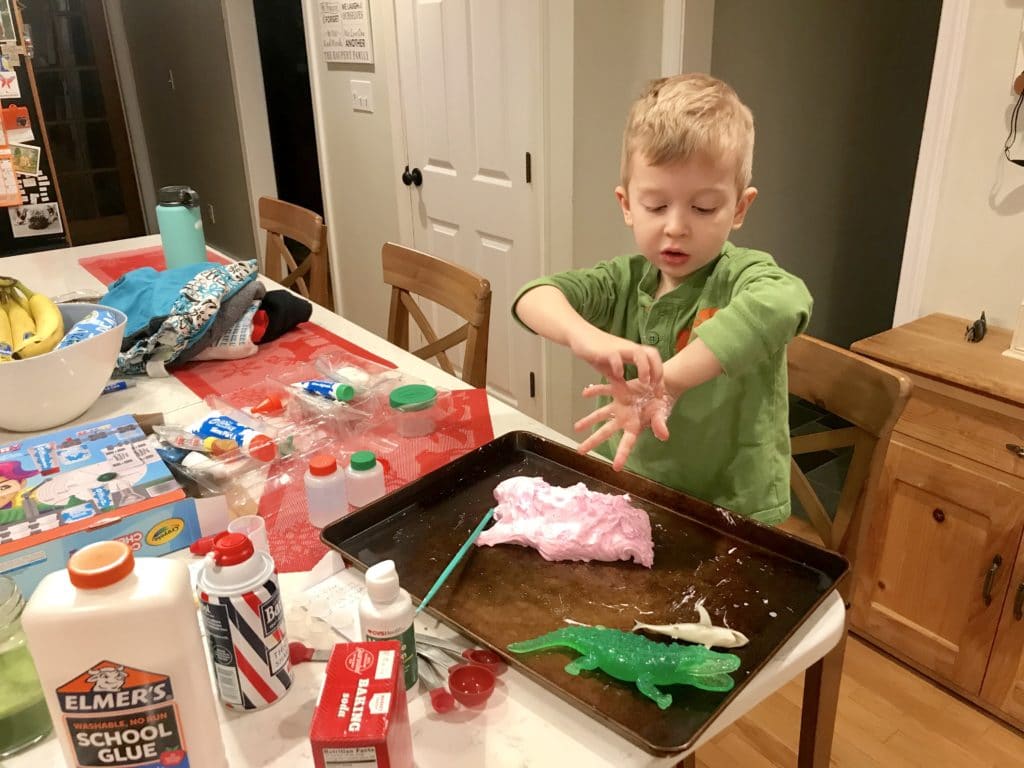 Recipe below – it’s so easy to make! 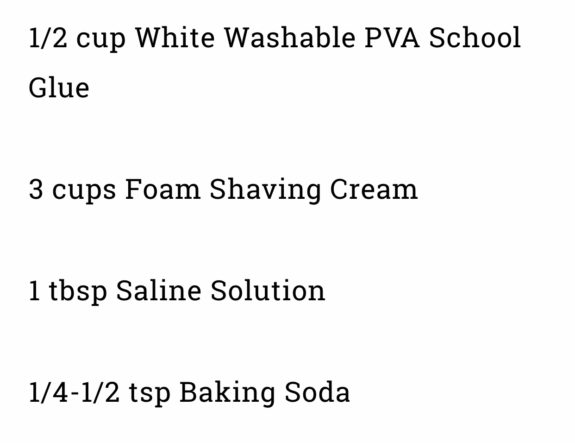 While Quinn played, I cooked breakfast for the two of us. On the menu for me: Microwave steel cut oats (from Brandless) mixed with collagen, cinnamon, and Chocolate Donut Seasoning, which were delicious and super satisfying! 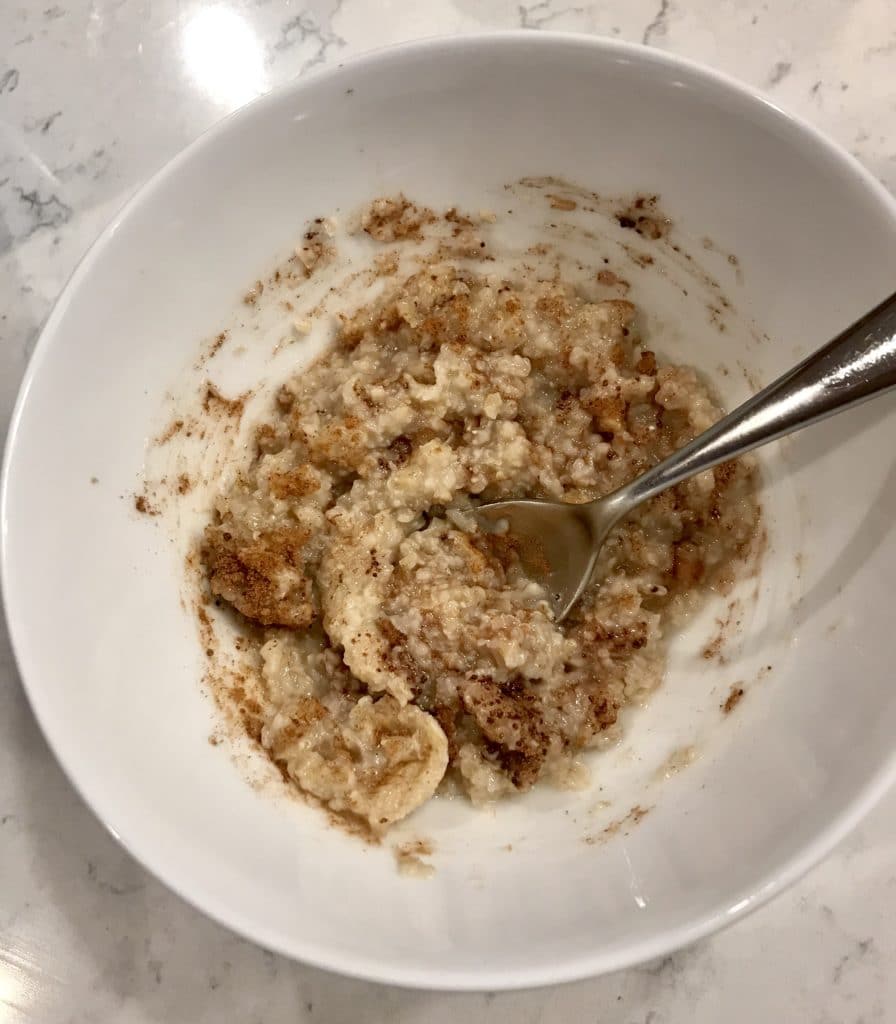 After breakfast, we headed to the gym. Quinn played while I did a (sort of lame) lifting workout on my own. I just wasn’t feeling it today. Oh, well…

After the gym, we headed to local bakery, which was rumored to have gluten-free donuts. Sadly, Baking with Joy didn’t sell gluten-free donuts, but they had some other treats, so Quinn and I shared a (pre-packaged) gluten-free carrot cake cupcake, which he actually picked out – probably because it was so pretty! 🙂

I just Googled the cupcake company, and they’re actually in Plymouth. No donuts (according to the website), but I’m glad to see there’s a gluten-free bakery not too far away! 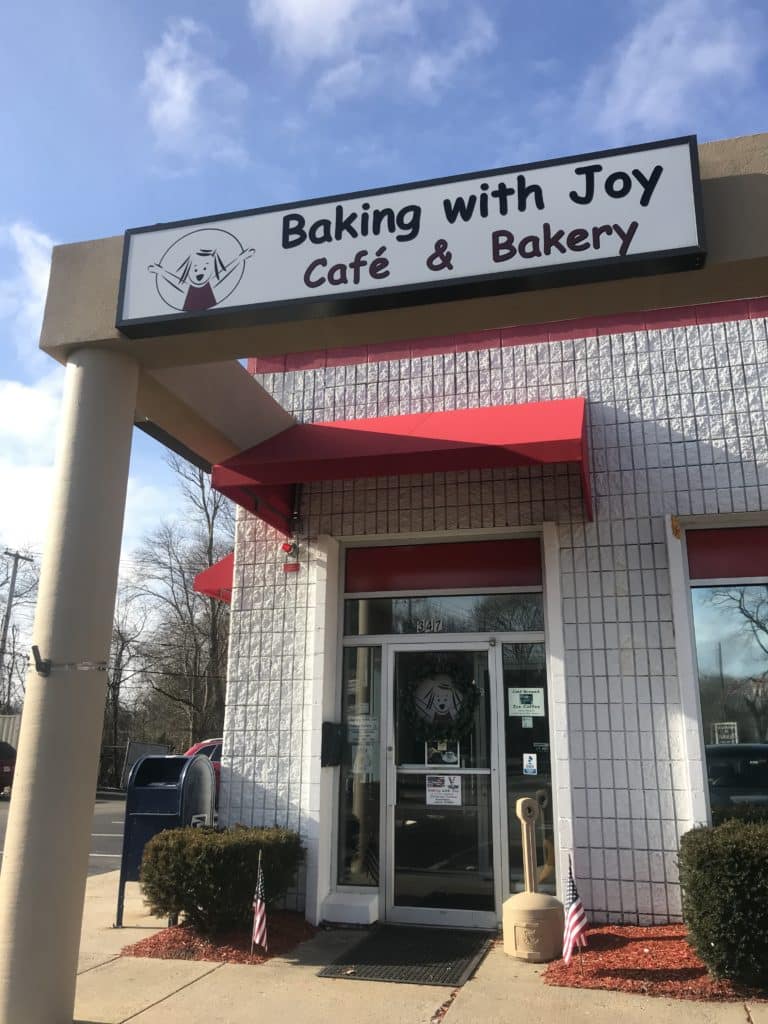 FYI for the local folks: Baking with Joy is located in Rockland and, unless you live close, it’s not really worth the drive. The selection was just okay and the service was super weird/not great. They also pour hot coffee over ice to make iced coffee, which is one of my biggest pet peeves (in addition to littering), so I’m not sure we’d visit again. Just wanted to let you know. Our next stop is Whole Foods for gluten-free donut holes!

After that, we headed to Goldfish for Quinn’s weekly lesson. He was so happy in the pool today and earned a “I deserve an A+, I floated like an octopus!’ ribbon. He was so proud of himself! 🙂 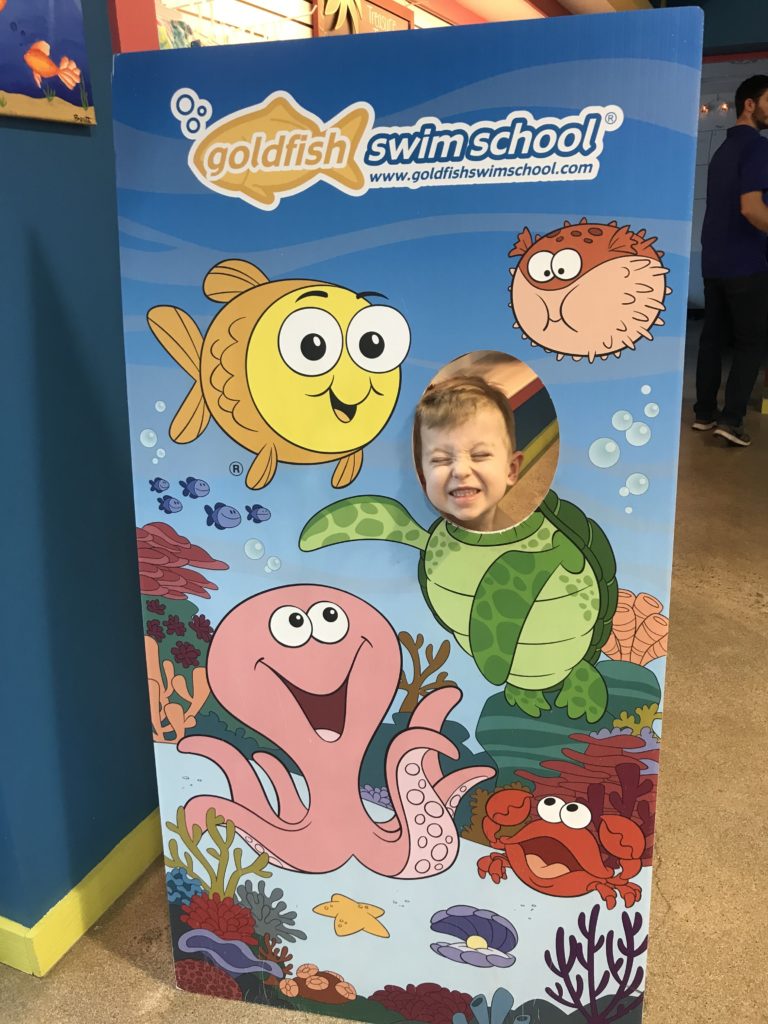 After swim lessons, we headed home for lunch. On the menu for me: A “protein bowl” made with canned tuna (mixed with mayo and relish), arugula with Ranch dressing (also from Brandless), and sweet potatoes and onions cooked in the air fryer. Lunch came together in a matter of minutes, and it was so good! I love super easy meals like this! 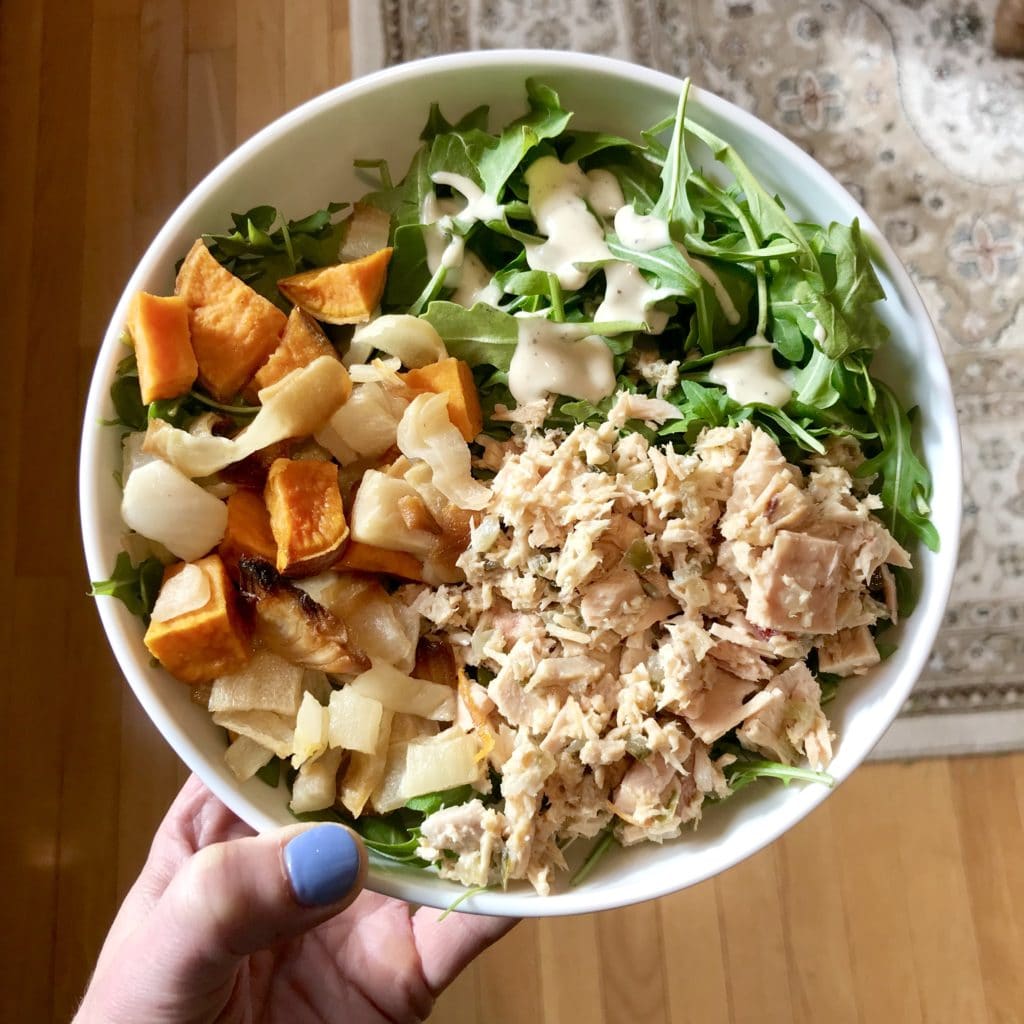 What high-protein breakfast are you loving lately?

Any idea where I can get a gluten-free donut on the South Shore?

Anyone else hop on the celery juice train? (I know it’s SUCH a trend right now, but I’m feeling great and my skin has never looked better!)