Ghosts Scare the Crap Out of Me 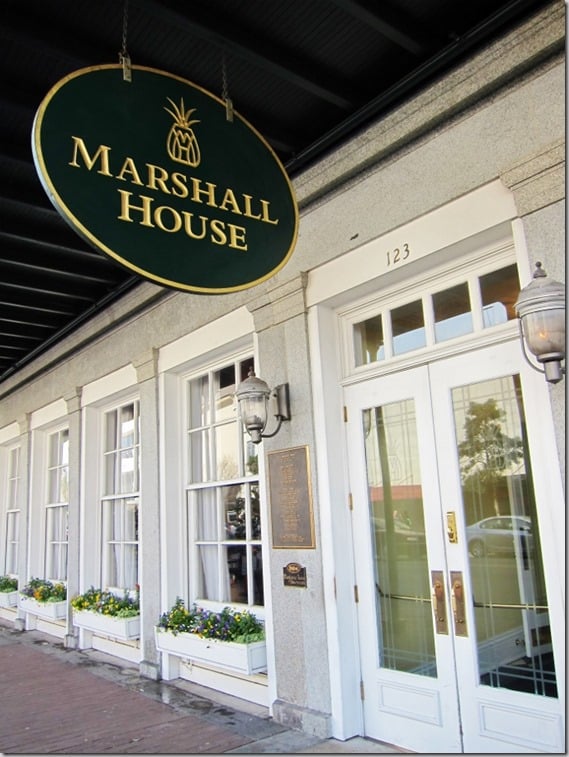 Hi, friends! How’s it going? Here’s a little recap of yesterday””eats and happenings!

My day started with a routine glucose test to screen for gestational diabetes in pregnancy. I couldn’t eat after midnight the night before, so I arrived at the testing center bright and early to get it done. (I’m such a breakfast gal and miss it so much when I don’t have it.) The first blood draw was done as soon as I arrived and then I was instructed to drink a super sugary bottle of liquid””and I had just 5 minutes to do it. I was also instructed not to chug the drink because it could make me sick. Well, ok, then. I made it through the first 3/4 of the bottle, no problem, but as I drank the last little bit of liquid, it really started to gross me out. Those last few sips were just too sweet. The drink tasted like melted Freezer Pops and, I eventually got it all down with about a minute to spare. And, after that, just minutes later, I had a serious sugar high. Whoa. I felt woozy, a little buzzed, and super-duper jittery. I wanted to do a bunch of Burpees or punch a punching bag just to get the energy out. It was definitely a weird feeling. Haha!

I had to remain at the testing center for 2 hours, so my blood could be drawn another two times to see how my system dealt with the sugar. The timing actually worked out perfectly because my book edits were due by the end of the day, so I cranked them out and finished just as I was called for my final blood draw.

Side note: My book looks SO GREAT! I received the first draft from the designer the other day and it looks awesome. I love all of the bright colors and images. Seeing it made me so happy, and it totally made those crazy weeks of non-stop work worth it! Now, I really can’t wait to see the final product! When I returned home, Murphy didn’t greet me at the door, which I thought was kind of strange. He’s almost always waiting behind the front door when we come home. So, I went to look for him and found him curled up in the Snoogle. He loves that thing! Look at that face. He looks like he was totally out cold. It was almost lunchtime when I got home, but I was still craving breakfast, so I whipped up a bowl of Oatmeal Minus the Oats (an oldie, but goodie) with chopped dates, walnuts, chia seeds, and a couple of scoops of almond butter. I also made myself a decaf almond milk latte with a little cinnamon sprinkled on top. Mid-afternoon, I started to get a little hungry, so I whipped up one of my new favorite snacks””Mal’s too. I actually raved about it to him for a solid week or so before he actually tried it himself. Of course, he loved it when he finally did try it and jokingly said something along the lines of “why didn’t you tell me about this sooner?” Um, yea, Mal. I knew he’d like it!

Anyway, my new snack love: Melba toast with Garlic & Herb cheese from The Laughing Cow with a sliced hardboiled egg and freshly ground pepper on top. It’s sooo good! Please try it. It’s guaranteed to be a new snack favorite! Last night’s dinner: chopped Cobb salads with chunked chicken, hardboiled eggs, bacon, tomato, and cucumber. I also added a big glob of homemade guacamole on top of mine for some added healthy fats. It was a delicious dinner! And, after dinner, I ate about 800 handfuls of almonds and chocolate chips. So, I briefly mentioned that the hotel where we stayed in Savannah was haunted. And, apparently, it’s not just a little bit haunted, but a whole lot. If you Google The Marshall House, you’ll find all sorts of creepy stories about it. Guests of the hotel report hearing children playing in the hallways (marbles rolling on the wood floors) and seeing a one-armed solider wandering through the lobby. Other stories include strange occurrences that happen in the ladies restroom on the main floor. One particular stall constantly locks itself, which requires the staff to come open it.

Our taxi driver from the airport even told us about a couple he drove that had a haunting experience. They were staying at The Marshall House and one night the TV in their room suddenly shut off, one of the wardrobe doors closed, and then they felt pressure on their bed like someone had just sat down. Um, yea, that definitely put me on edge before arriving at the hotel. Our taxi driver also told us that The Marshall House has been part of all sorts of documentaries about haunted places and it’s included on a number of ghost tours in Savannah. I actually really wanted to do a ghost tour when we were in Savannah until, of course, I discovered that The Marshall House was haunted. I figured I shouldn’t add any more fuel to the fire. Haha! Anyway, I do not do well with creepy stuff like ghosts and haunted places. I get all in my head and psych myself out so bad. The first couple of nights at The Marshall House, I was so nervous and barely slept, but, by the third night, I finally calmed down. Thankfully, nothing scary happened to us while we were there, but I was still creeped-out and hyper-aware of every little thing!

Are you afraid of ghosts?

Have you ever had anything creepy/freaky/spooky happen to you?

I am an official brand advocate for Bel Brands in 2014. While I receive compensation for participation as a brand advocate, opinions are my own.