Quinn told us that this Father’s Day was his “best one yet,” and I think Mal agreed! 😉 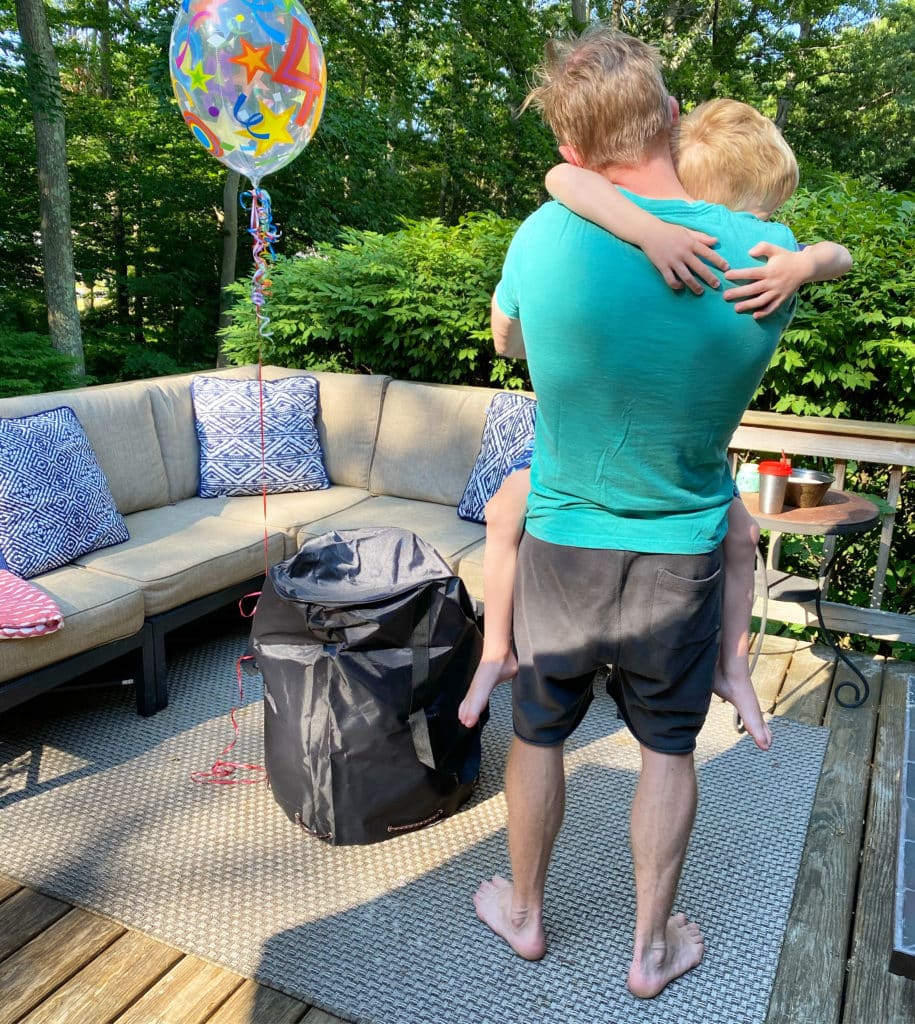 Quinn and I were up and at ’em getting ready to make Father’s Day a special one for Dada. I ordered Mal’s favorite breakfast from Little Carmen’s and then Quinn and I went to pick it up before he woke up.

When we arrived, the takeout bag said “Peter” on the front. Apparently, I still say my name weird. Haha! (My sister has called me “Peter” since high school.) 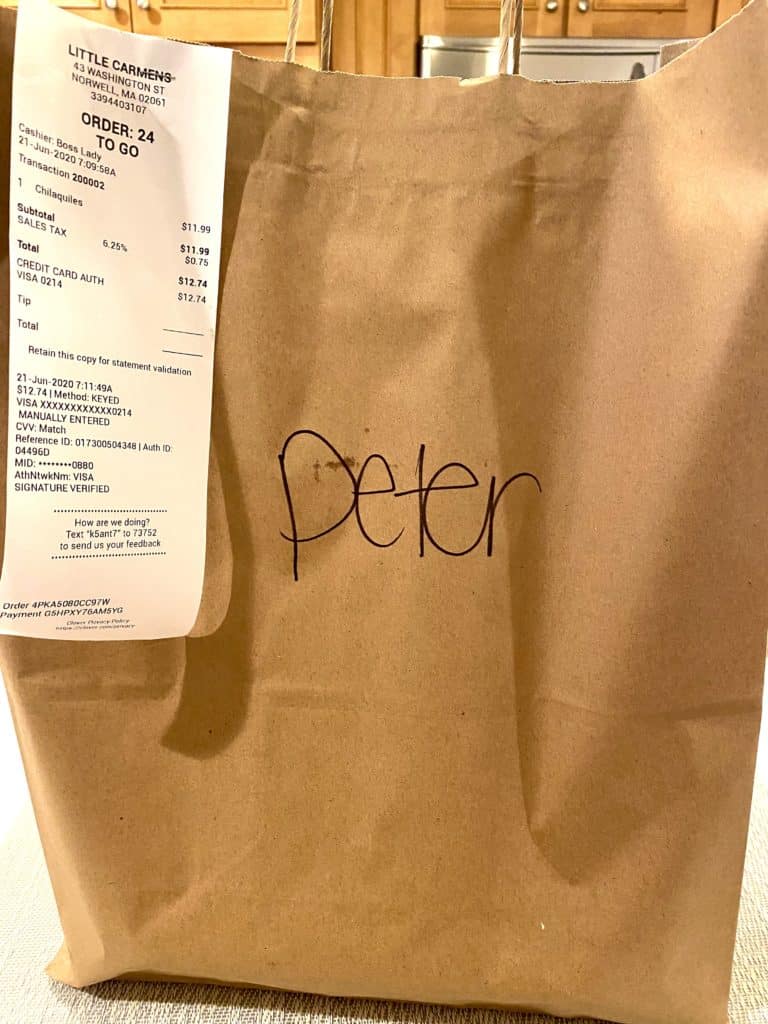 At breakfast, Mal read his homemade Father’s Day cards. (Mine included a pug with a upside down curly tail. Oops!) 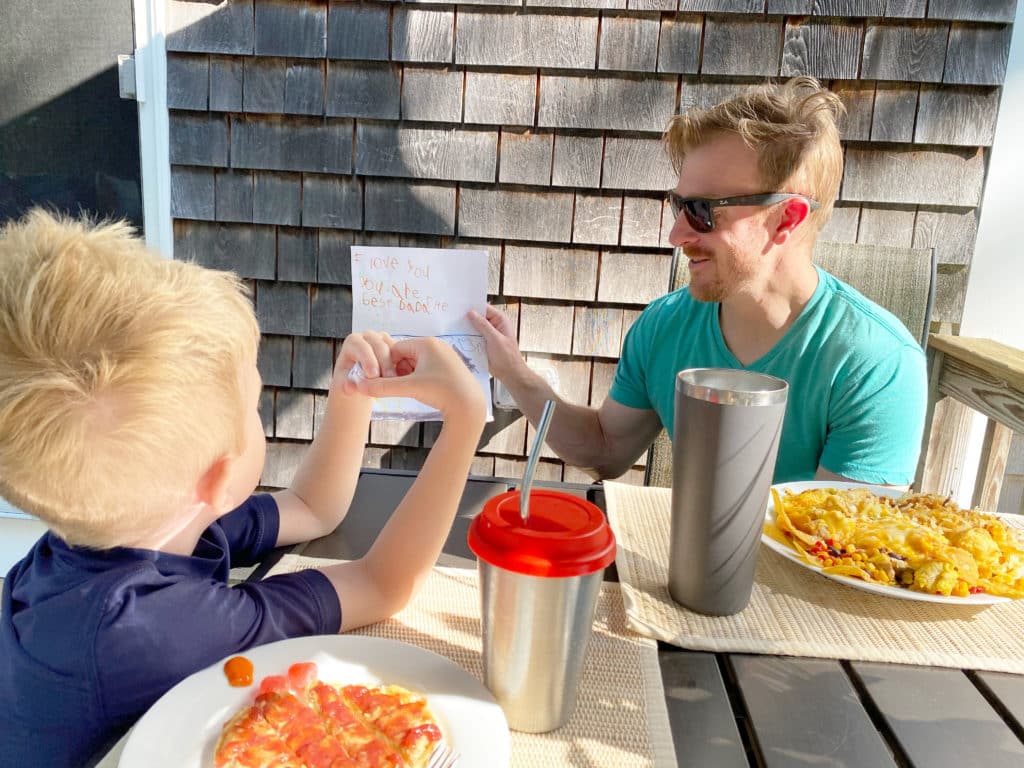 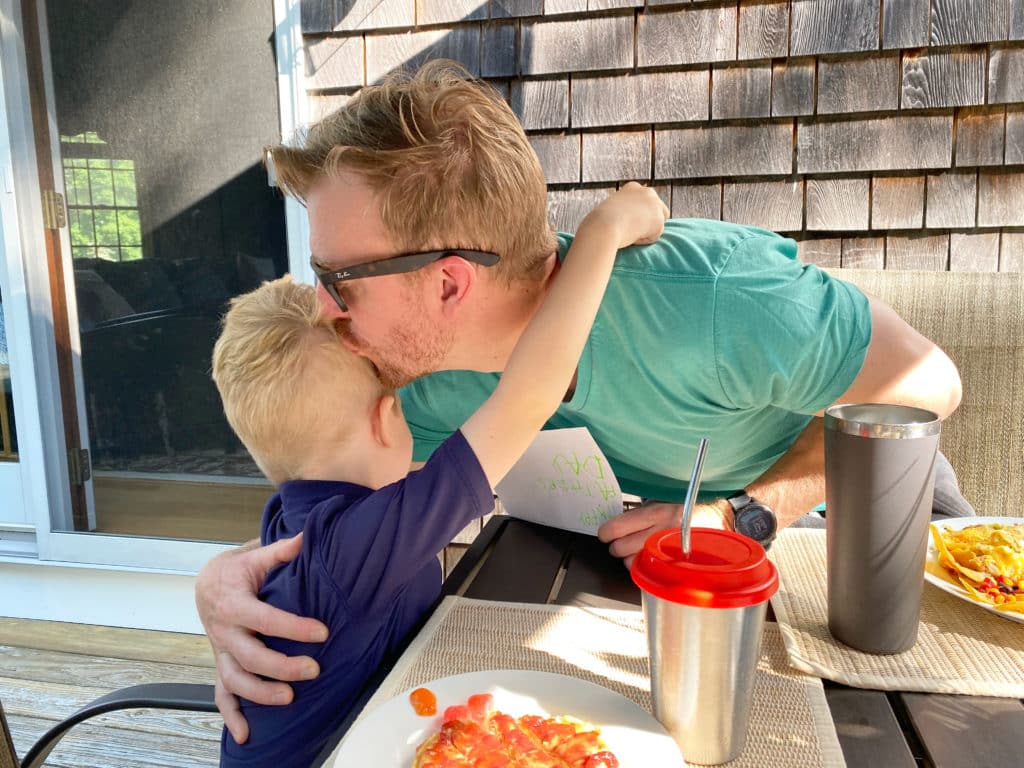 We bought Mal a Solo Stove for Father’s Day, and he was beyond psyched. He realllllly wanted one! It was like 85 degrees outside, but we fired it up anyway! 🙂 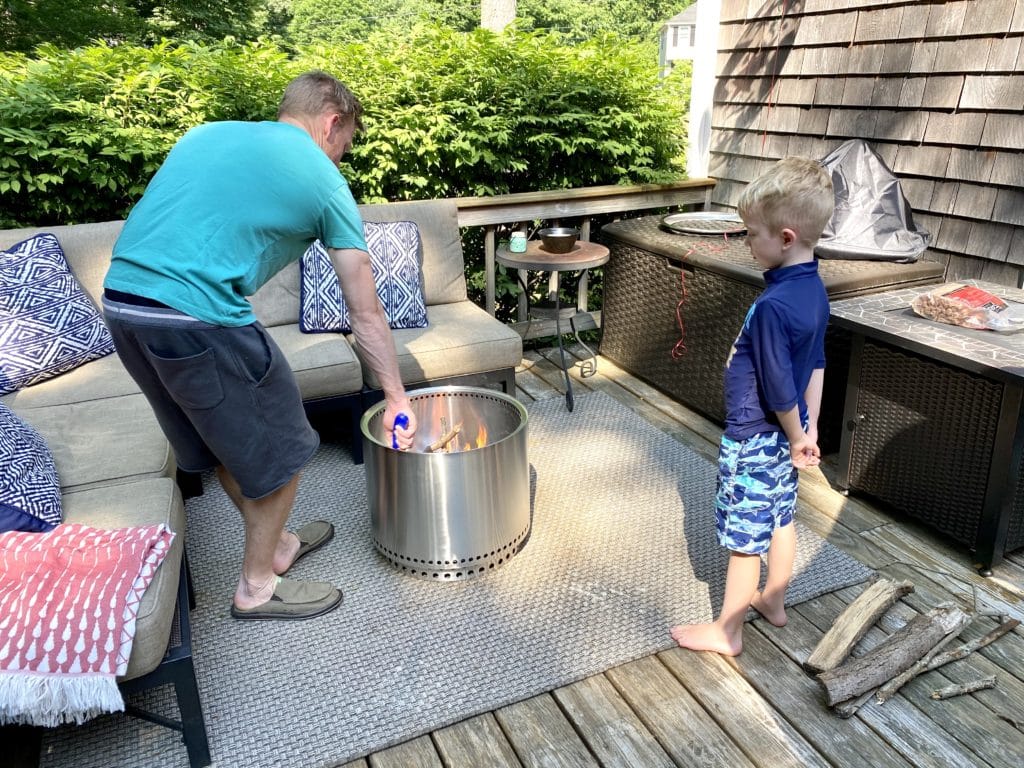 After breakfast, we got ourselves ready to continue the Father’s Day celebration with Papi at Funny Farm. 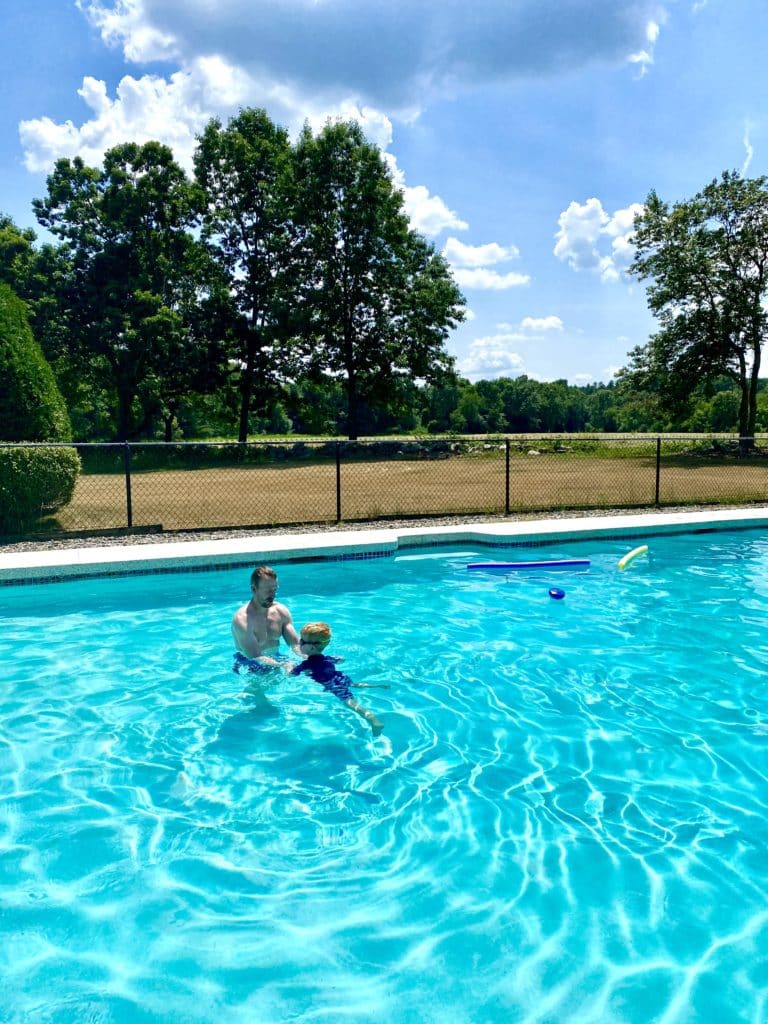 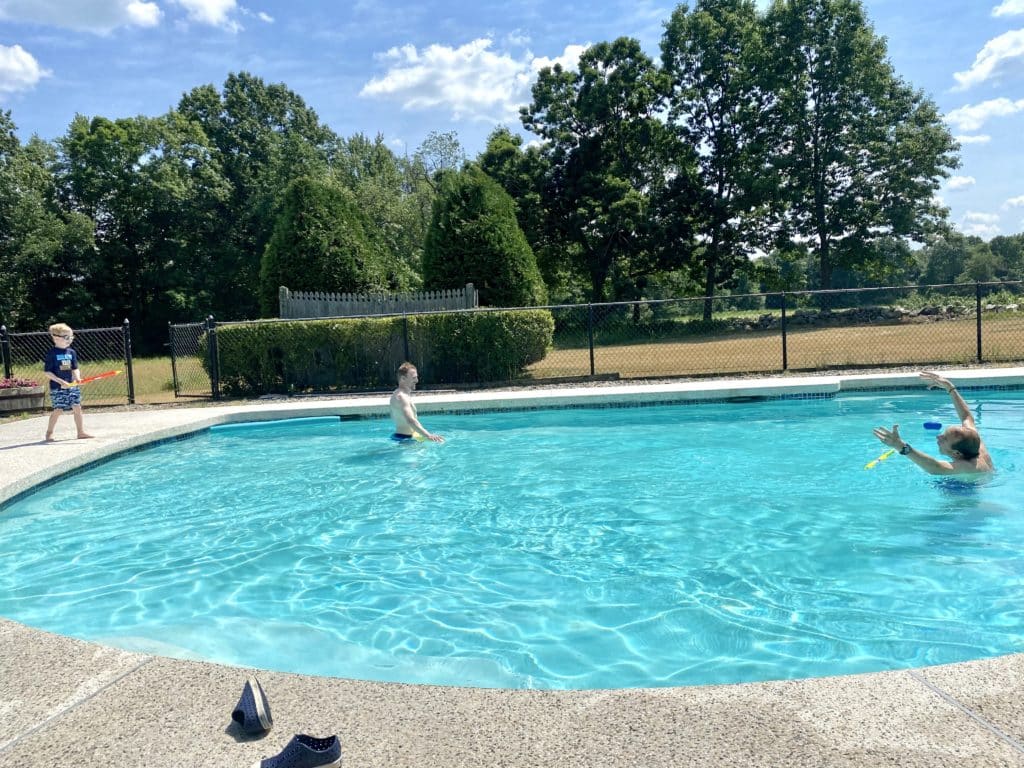 Even though it was Father’s Day, Quinn enjoyed quite the special treat – oysters! 🙂 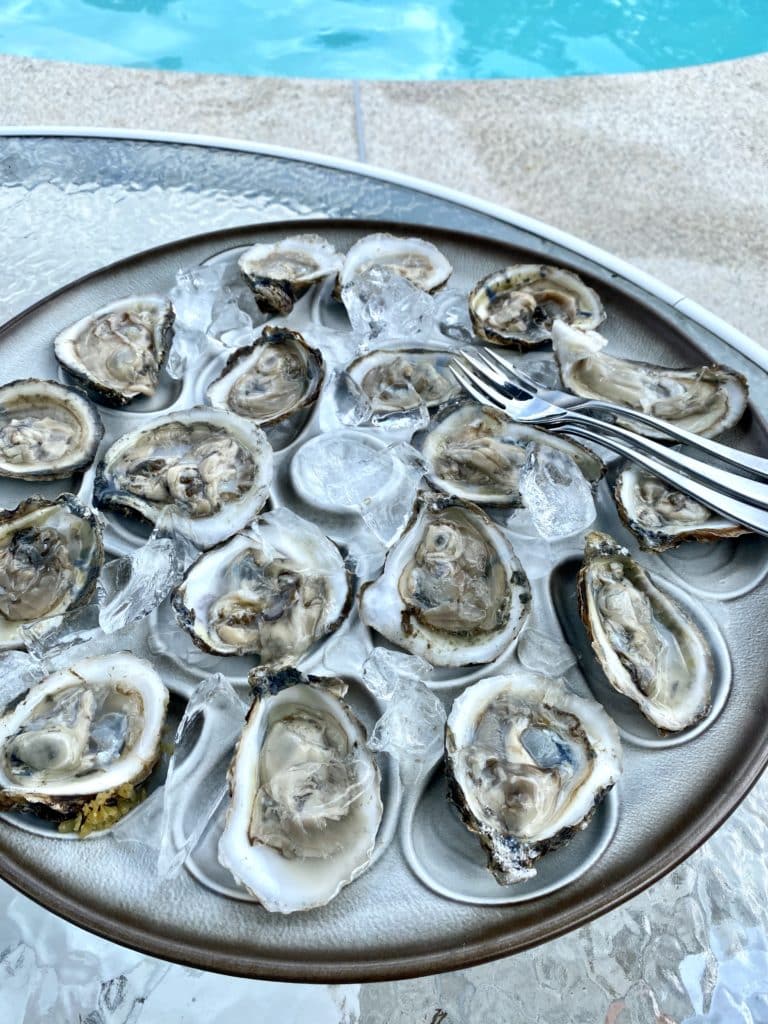 Now I can see why Quinn thought it was his best Father’s Day yet! 🙂