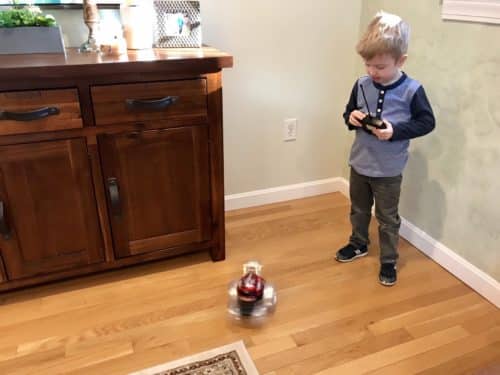 Hi, guys! How was your Monday? Mine was especially great because I got to spend it with Quinn! 🙂

One of new work-life goals is taking off at least a couple of days per month to spend some extra quality time with my sweet boy. I miss him so much during the week, and I make my own schedule, so I’ve started to plan “Quinn and Mumma” days into my calendar.

With a flexible schedule comes flexible hours, so I was up and at ’em at 4:45 AM working away before our tiny human woke up. I made myself an iced coffee with collagen and chocolate peanut milk and immediately got to work on my laptop. 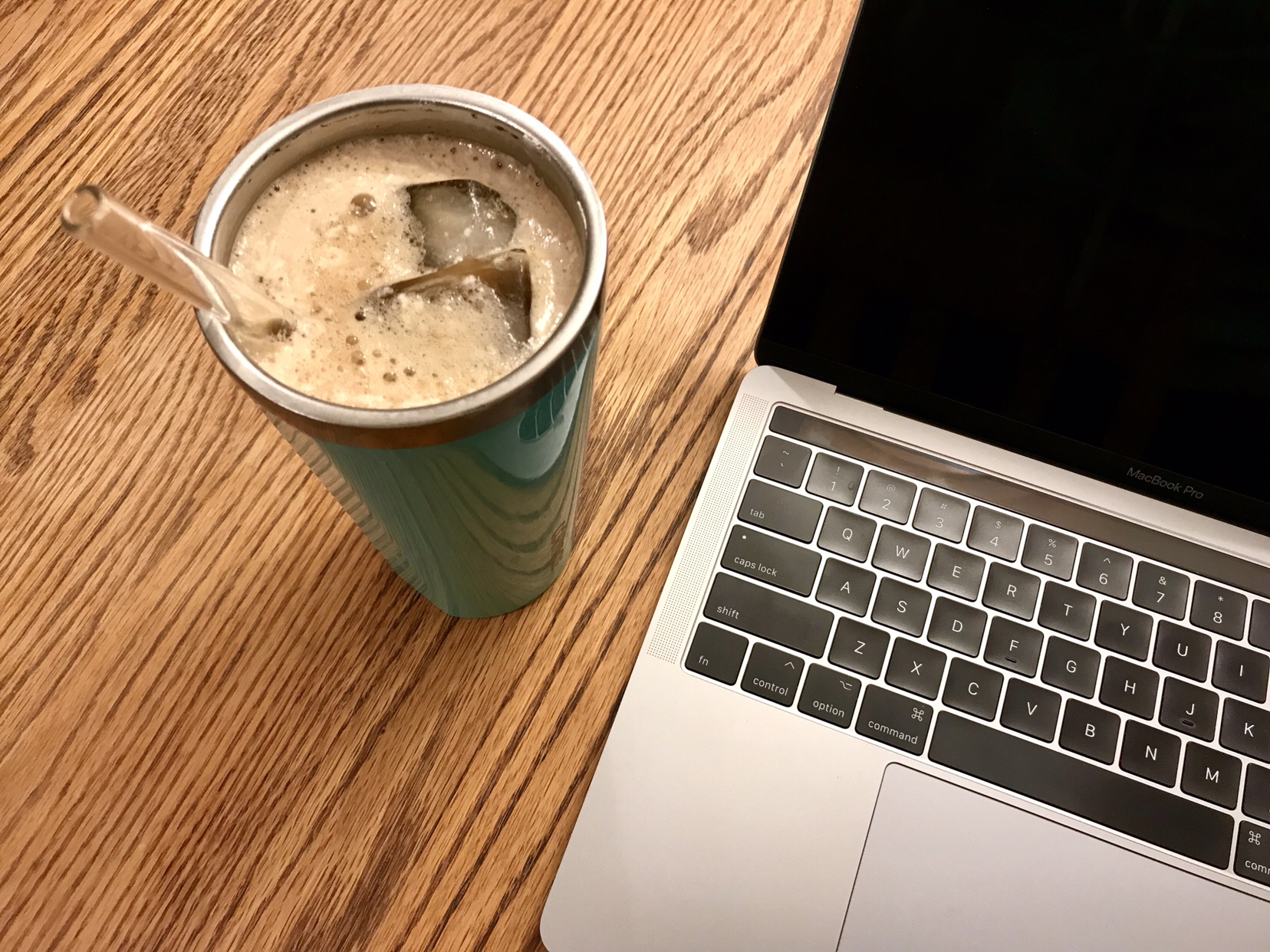 A little while later, I broke into my breakfast: Protein Chia Pudding, which just happens to be the easiest recipe ever. Just combine 3 tbsp of chia seeds with 1 scoop (30g) of protein powder and 3/4 cup your choice of milk (I used unsweetened almond milk). Place in the fridge overnight and then eat in the morning! I heated mine up and added a scoop of tahini butter to it. Yummmm! 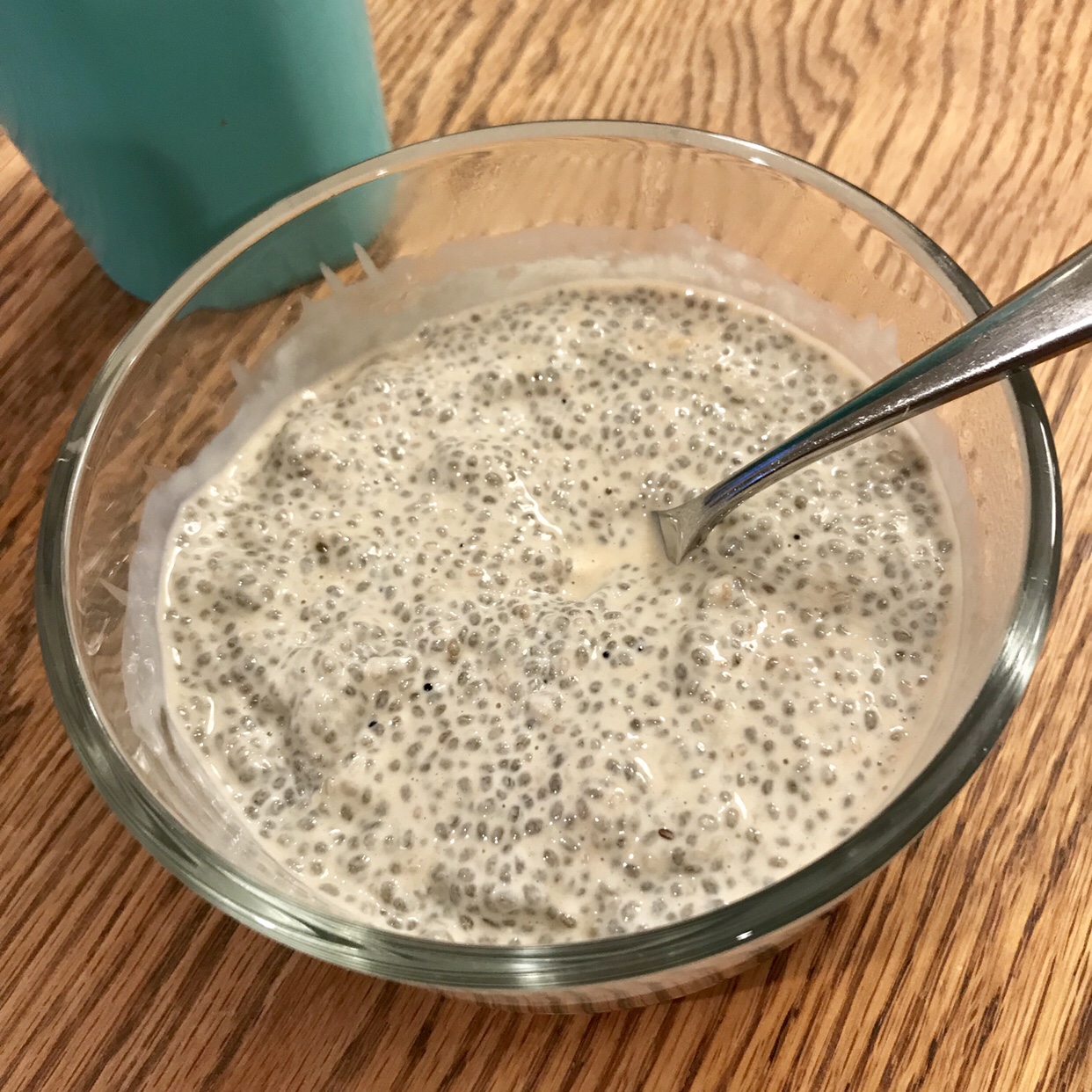 Quinn slept until about 6:45 AM, so I managed to squeeze in about 2 hours of work. Awesome! After he woke up, I made him breakfast and then got him dressed. We spent the rest of the morning playing while simultaneously getting myself ready for the day. Quinn is loving the “new” remote control car that Cousin Matthew gave him at Easter. For some reason, he didn’t really like it, so he gave it to Quinn! 🙂 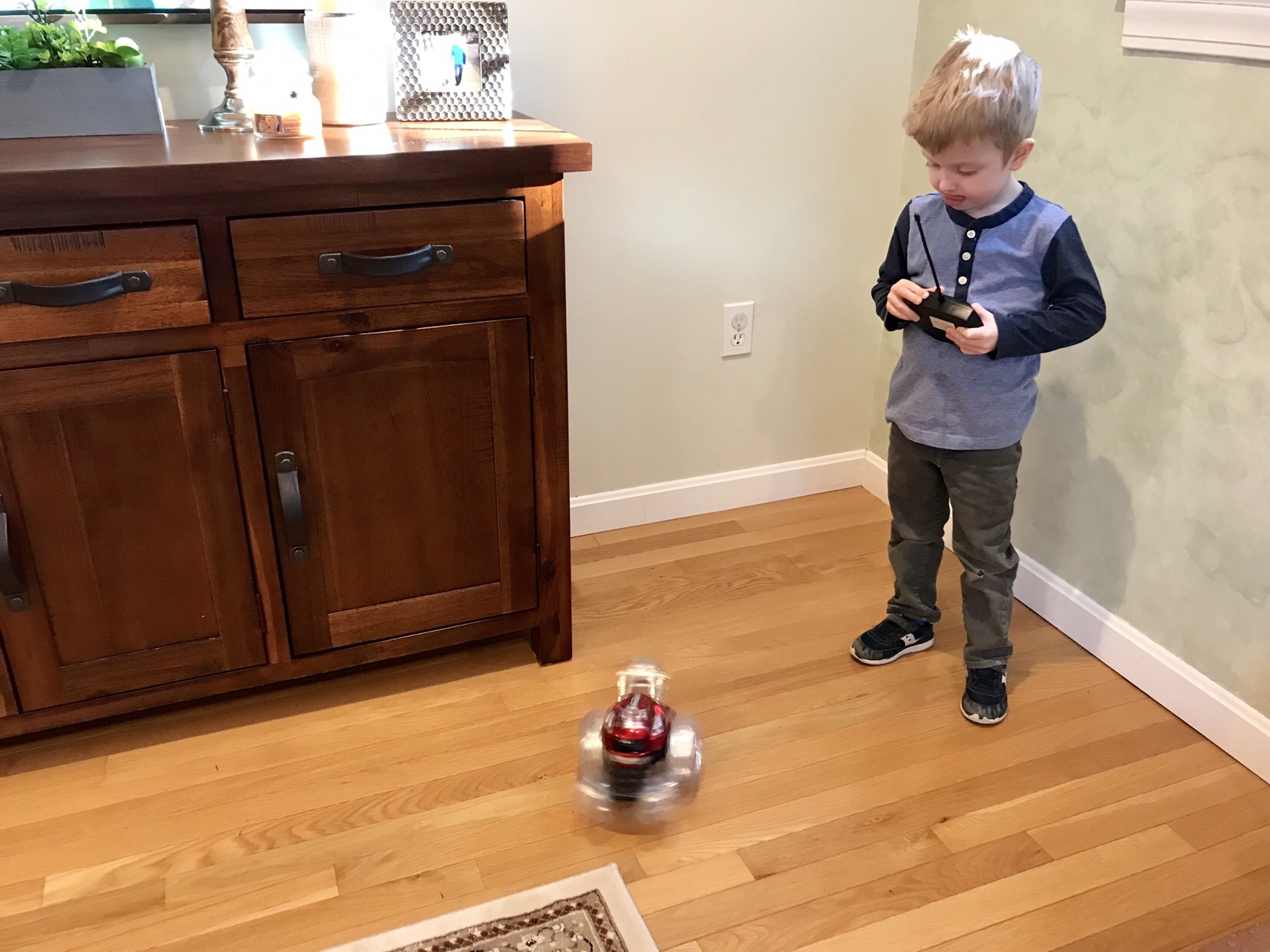 Just before we were about to leave the house to go to CrossFit, Quinn started playing with some of my jewelry boxes. He thought some of my dangly earrings were really cool and wanted to bring them to the gym to show his friends, so I figured why not. 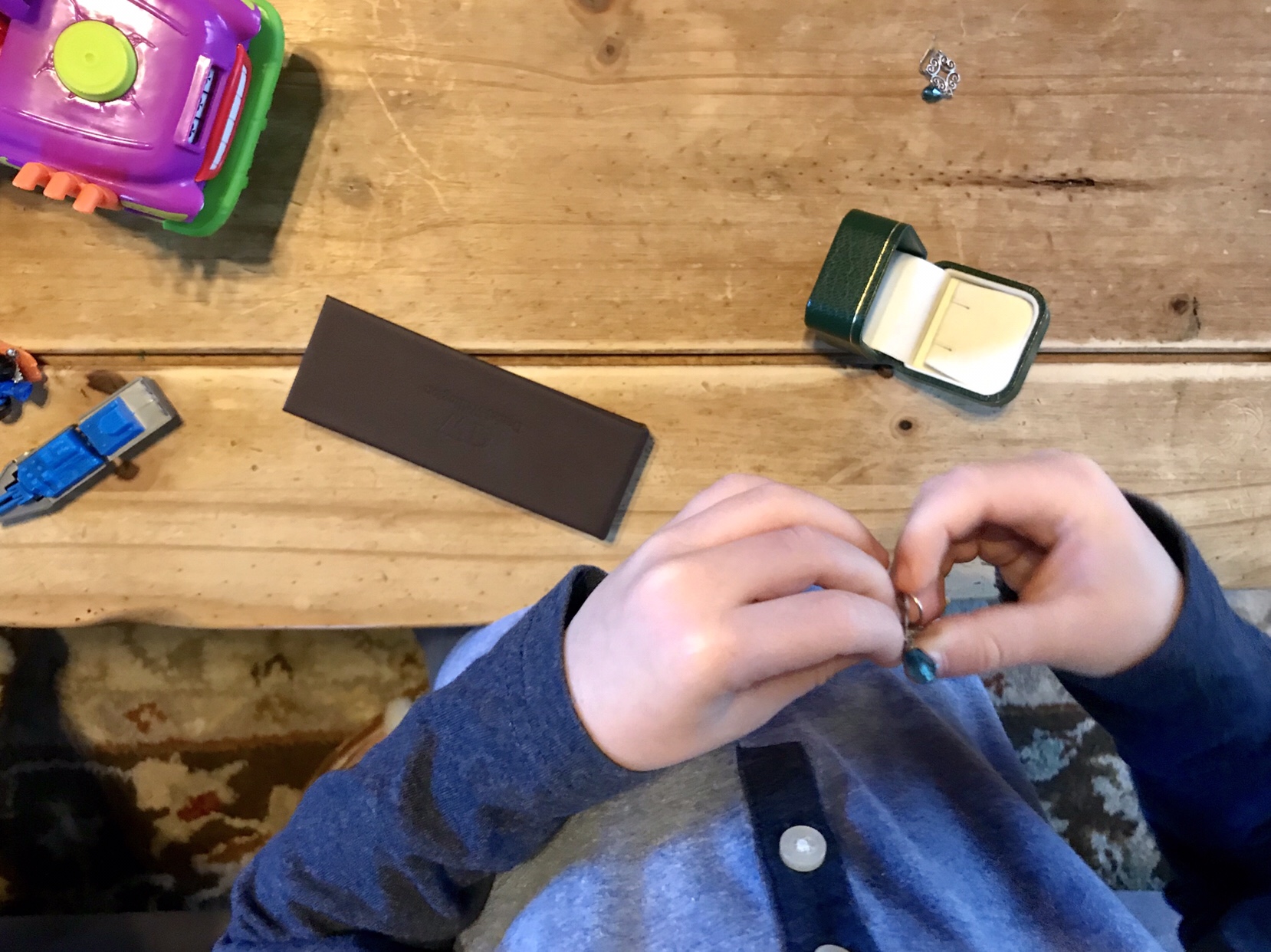 When we arrived at the gym, Quinn hesitated as he was about to climb out of the car. He was holding two jewelry boxes, one in each hand, so he wasn’t super confident getting out of the car on his own. With a frustrated sigh, he held up his hands with the jewelry boxes and said: “I don’t have eight arms; I’m not an octopus.” It definitely wasn’t the nicest way to ask for help, but it was so funny and made me laugh out loud, I just gave him big hug and helped him out of the car. Ohhh… almost 4 year olds… they are something else!

The workout at CrossFit was short and sweet. After working out 4 days in a row, I just didn’t have the motivation to go fast and heavy on this one. I used #65 pounds, finished 20 Bear Complexes, and, whoa, it felt like a longgggg 7 minutes. After lunch, we joined Quinn’s friend Gavin and his mom for donuts and iced coffee at Coffee Shack. Doesn’t it look like one of them is about to propose with that ring box on the table between the two of them? They’re so cute with their matching donuts! 🙂 After Coffee Shack, we headed to “Toddler Time” at Starland to let the boys run around. We eventually ended up in the nearby arcade where Quinn hit a ticket bonus on one of the games. He scored big time with a fun prize! 🙂 After a busy morning, Quinn and I returned home MORE than ready for lunch. As soon as we walked into the house, I immediately broke open a bag of kettle chips from Deep River Snacks to munch on while I prepared lunch for the two of us. (FYI: Deep River Snacks is a new CNC partner!) Usually, I wouldn’t serve a snack right before lunch, but the two of us were starving (and perhaps a bit hangry), so you gotta do what you gotta do in those kinds of situations, especially when an almost 4 year old is involved! 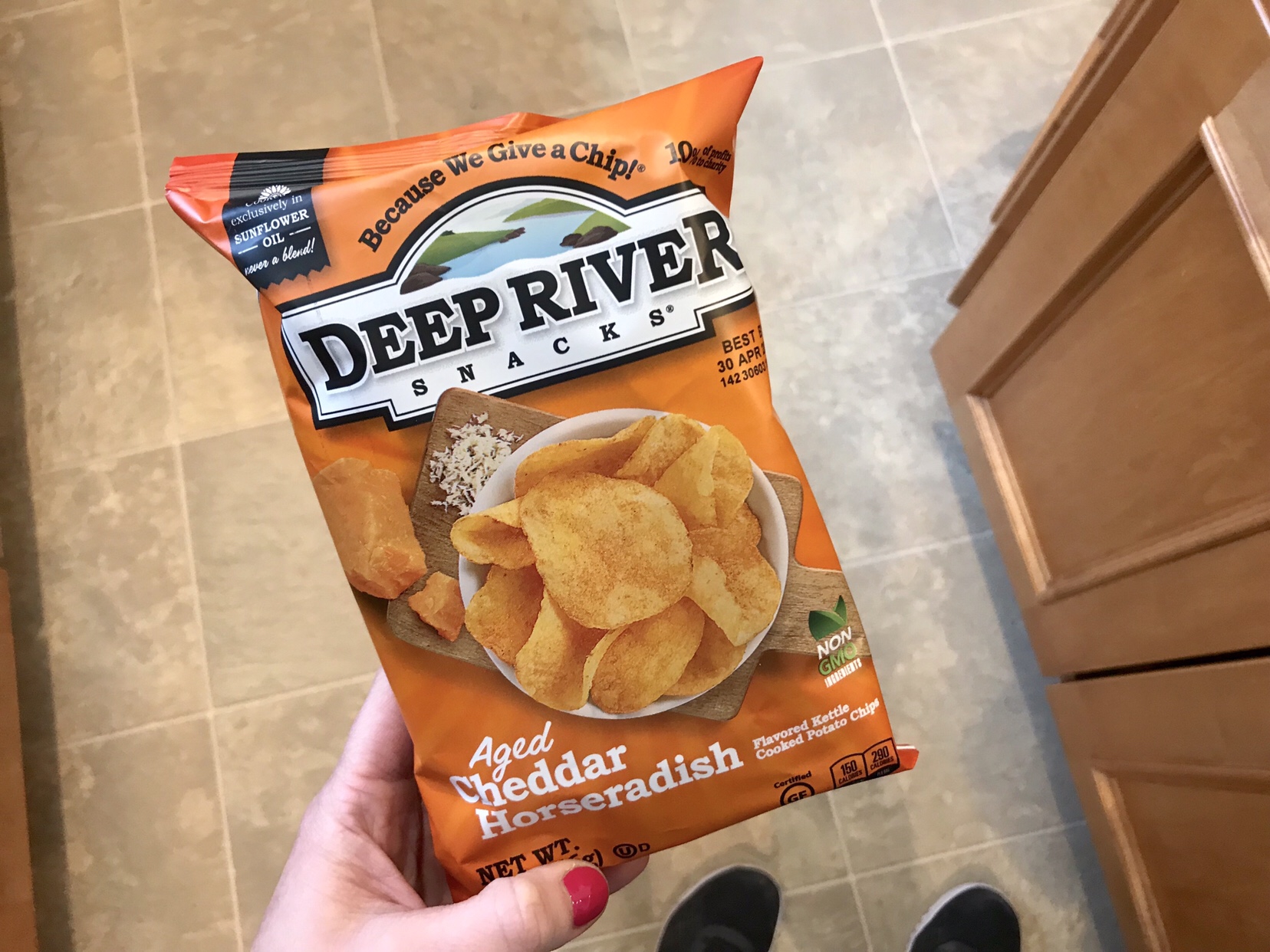 I also love that Deep River Snacks are a “better-for-you” snack, especially compared with other chips on the market. They only use real ingredients, including their simple base of potatoes, sunflower oil, and sea salt. Deep River Snacks kettle chips are also non-GMO (hooray!), gluten-free, made in a nut-free facility, vegetarian (many are also vegan), and they contain zero artificial colors, flavors, or preservatives. This, of course, is awesome, and I’m more than happy to feed them to my family. Even though they’re considered a better-for-you snack, Deep River Snacks kettle chips don’t sacrifice flavor one bit. It’s intense – in a good way! The Horseradish Cheddar flavor is seriously phenomenal. I finished the bag with my lunch. Delish! After lunch, Quinn went down for a nap while I took a quick shower and caught up with some work. Also, during this time, approximately 97 people walked by or dropped packages off at our house, and Murphy was sure to let me know every.single.time. Somehow, despite all of the barking, Quinn managed to sleep for nearly 3 hours.

Mal arrived home right as Quinn, Murphy, and I were about to leave the house for an afternoon walk, so he decided to join us. He and Quinn were hungry so they grabbed some snacks and drinks to go. The photo below: Quinn yelling at Mal (“Stopppp, Dada!”) for eating his salt & vinegar chips. Mal already finished his bag and wanted more! Haha! What’s the funniest thing your little one has said lately?