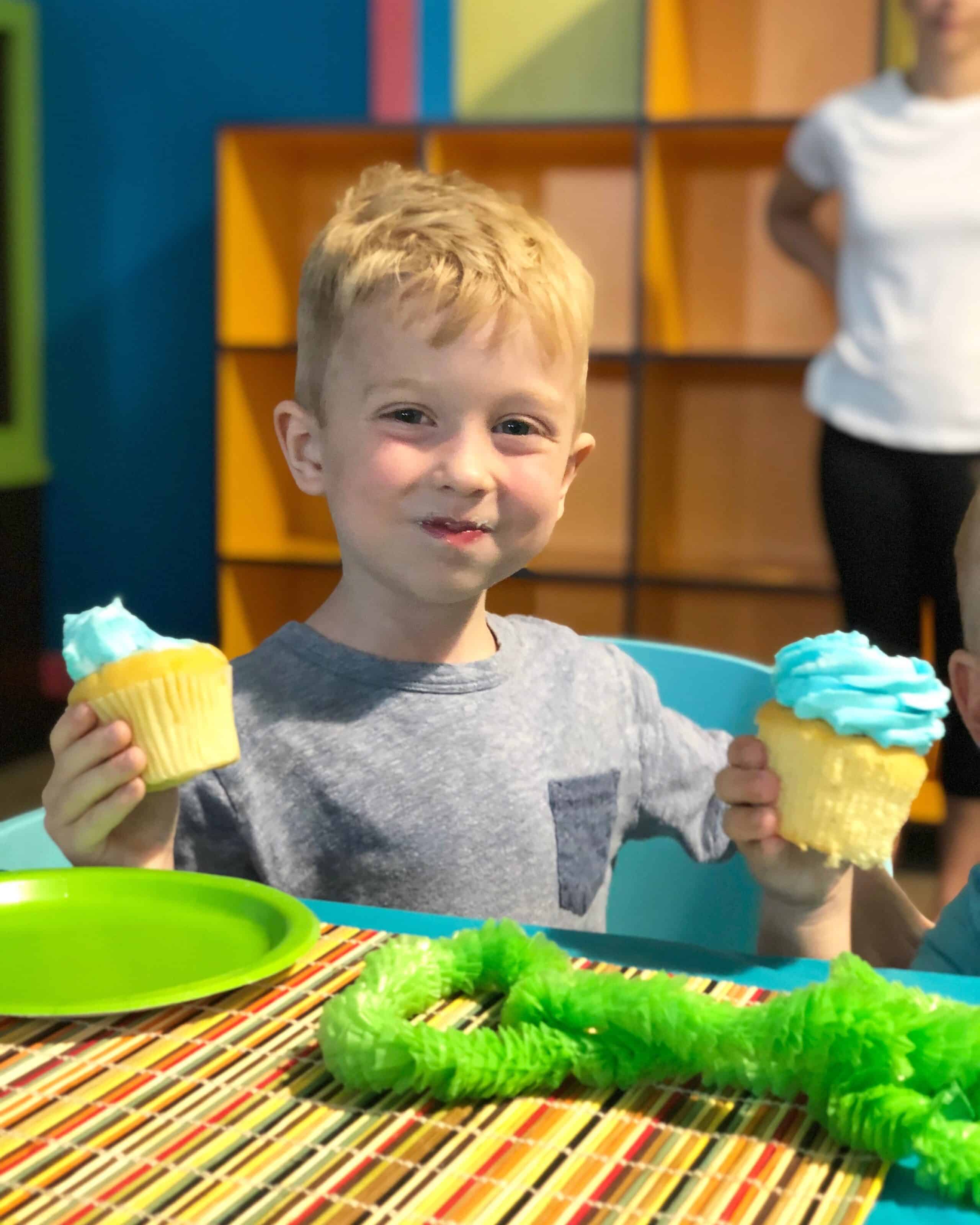 Quinn had quite the birthday celebration this year. Holy cow, it was non-stop festivities! They started more than a week ago and continued through last weekend with a birthday party at Goldfish Swim School. His pool party was his “official” birthday celebration, so I guess the others were just… practice for the big day? 😉 Let’s just say, he’s one lucky boy! 🙂

Our birthday party at Goldfish Swim School was included in a recent partnership via the Rockland location. After a few months of weekly swim lessons, the nice folks there reached out about some promotion in exchange for complimentary lessons and a Goldfish swim party. Quinn lovvvveesss swimming at Goldfish, so we were more than happy to collaborate and share our experience. 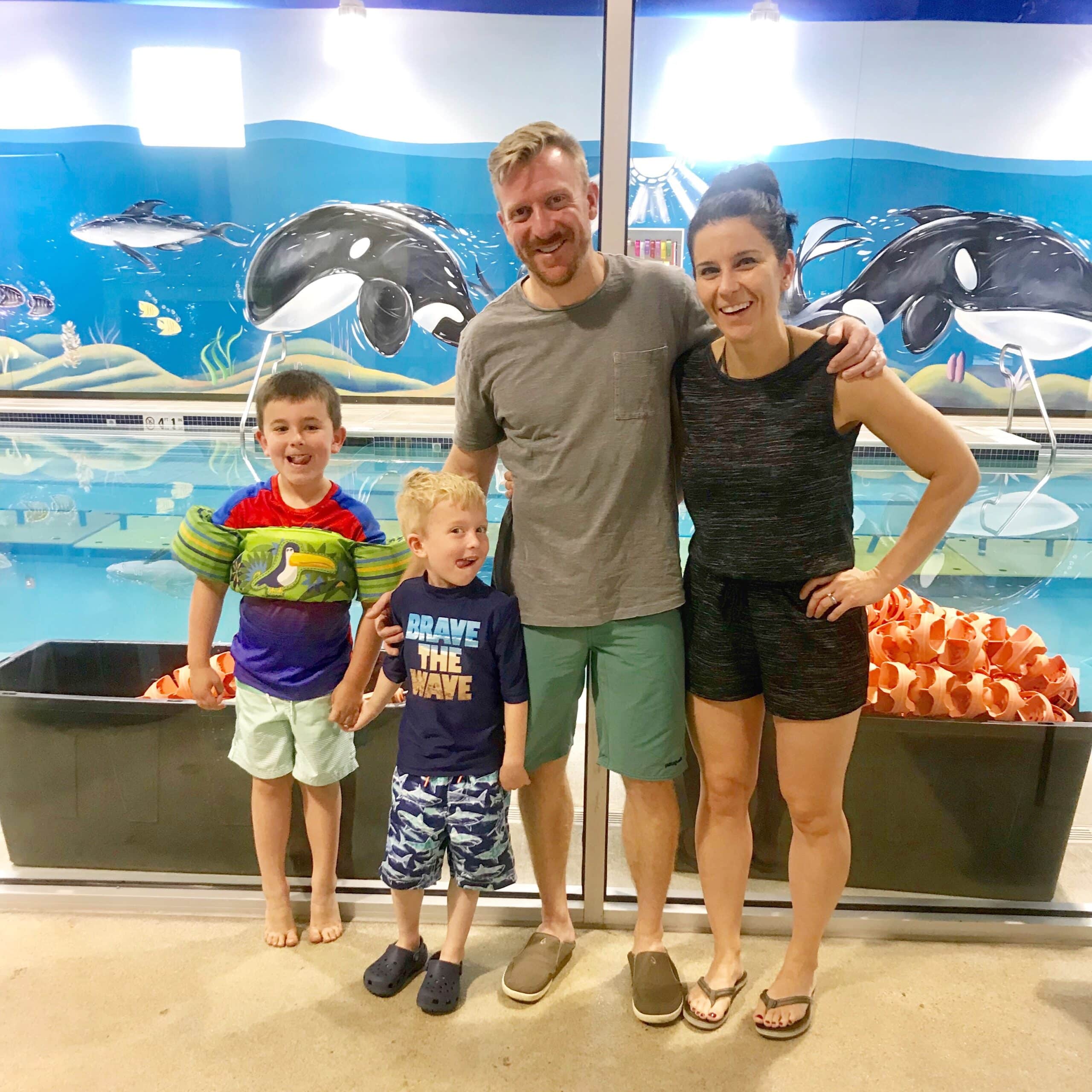 Even before our partnership began, we were huge fans of Goldfish Swim School. It’s truly a special place for kids, and their method for teaching them to swim is incredible. After only swimming with the help of a Puddle Jumper or lifejacket, Quinn was swimming without any sort of assistance in about 8 weeks. I’m still so impressed with how quickly he was able to learn at Goldfish.

The best part about our swim party at Goldfish was everything was done for us – right down to the decorations, paper products, and juice boxes. We literally just showed up and our party was ready to go! 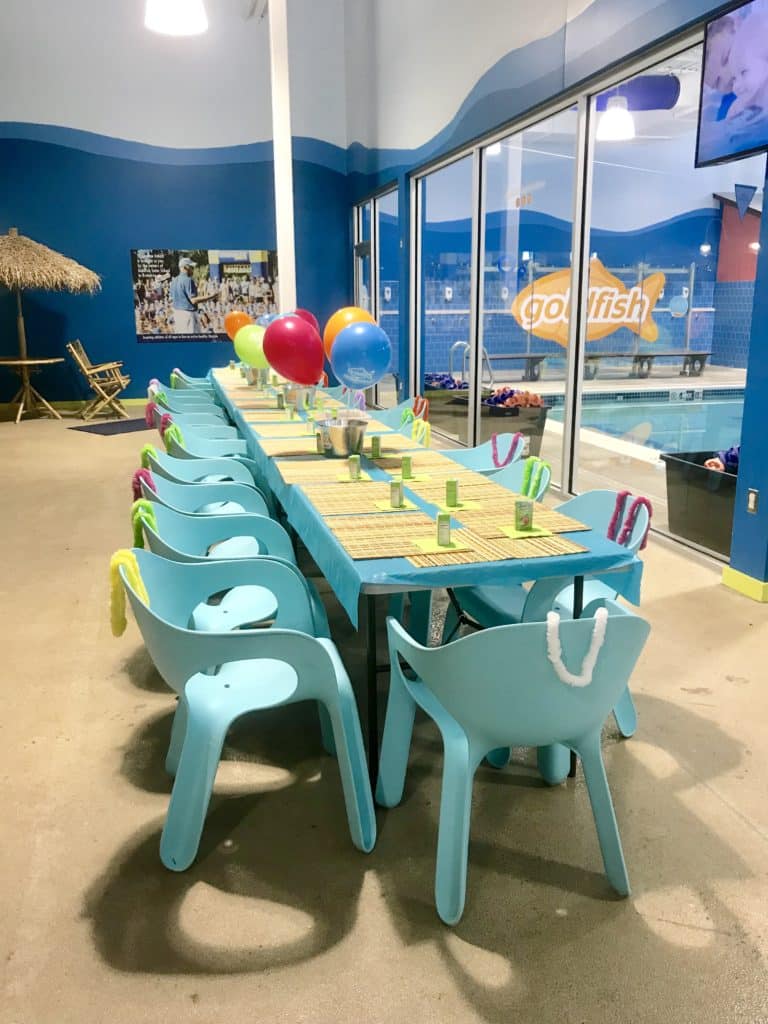 Also included: Cupcakes from Montilio’s Bakery. They had Swedish Fish on top (so cute), and we had the choice of chocolate or vanilla. We had to pay extra for pizza (also from Montilio’s), and we made our own goodie bags for our guests, but, other than that, everything was taken care of for us. 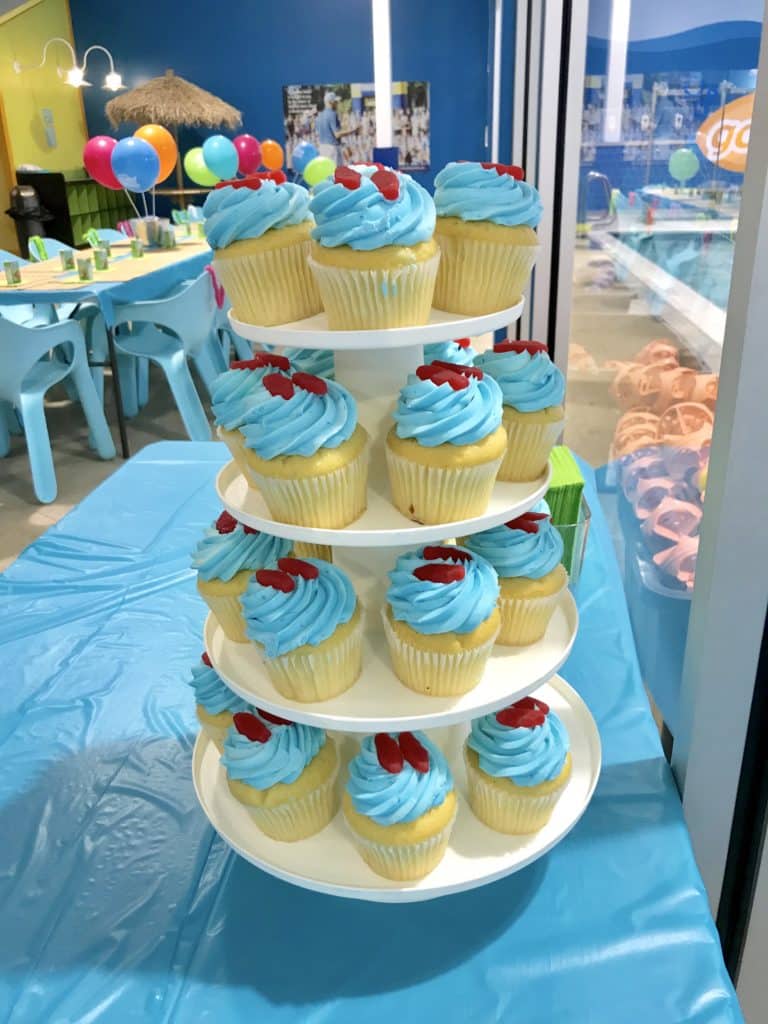 The birthday party at Goldfish Swim School included two lifeguards as well as Puddle Jumpers for the kids who couldn’t swim. Bigger kids or ones that can swim just needed to pass a “swim test” that involved swimming across the pool unassisted. Parents were not required to get into the pool, but lots of them did. I mean, the pool water is 90 degrees F. It’s basically like bath water! 🙂 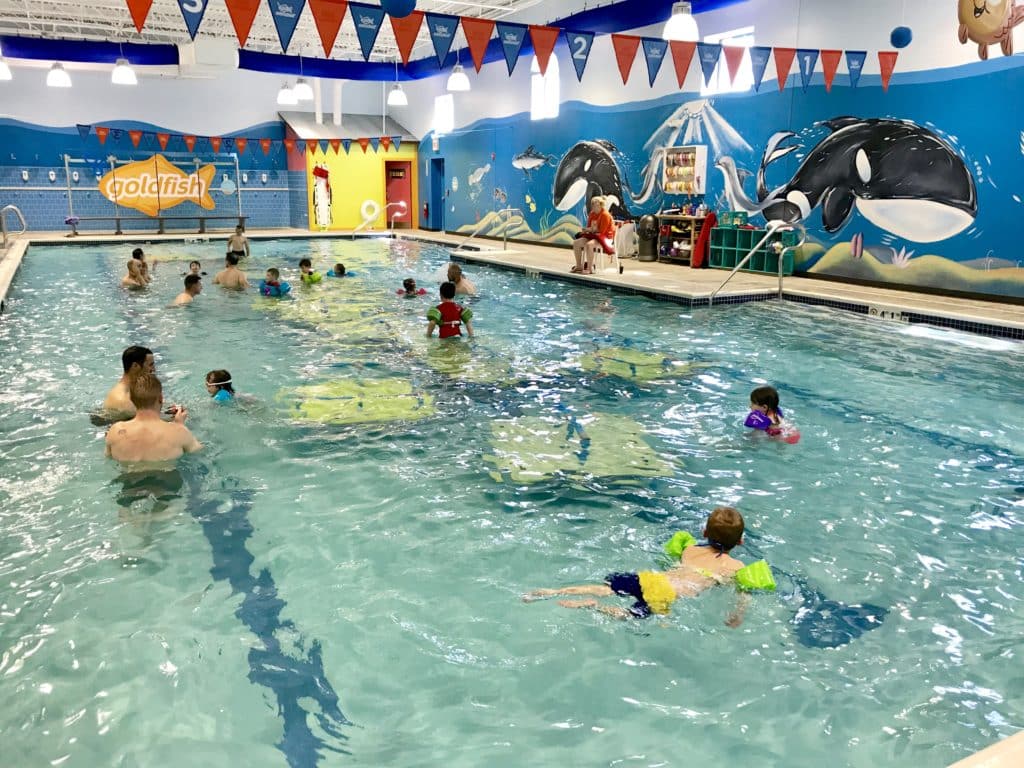 We had the whole place to ourselves for 2 hours, and it was such a great time. I can’t tell you how many parents and kids said they had a blast at Quinn’s birthday party at Goldfish Swim School! 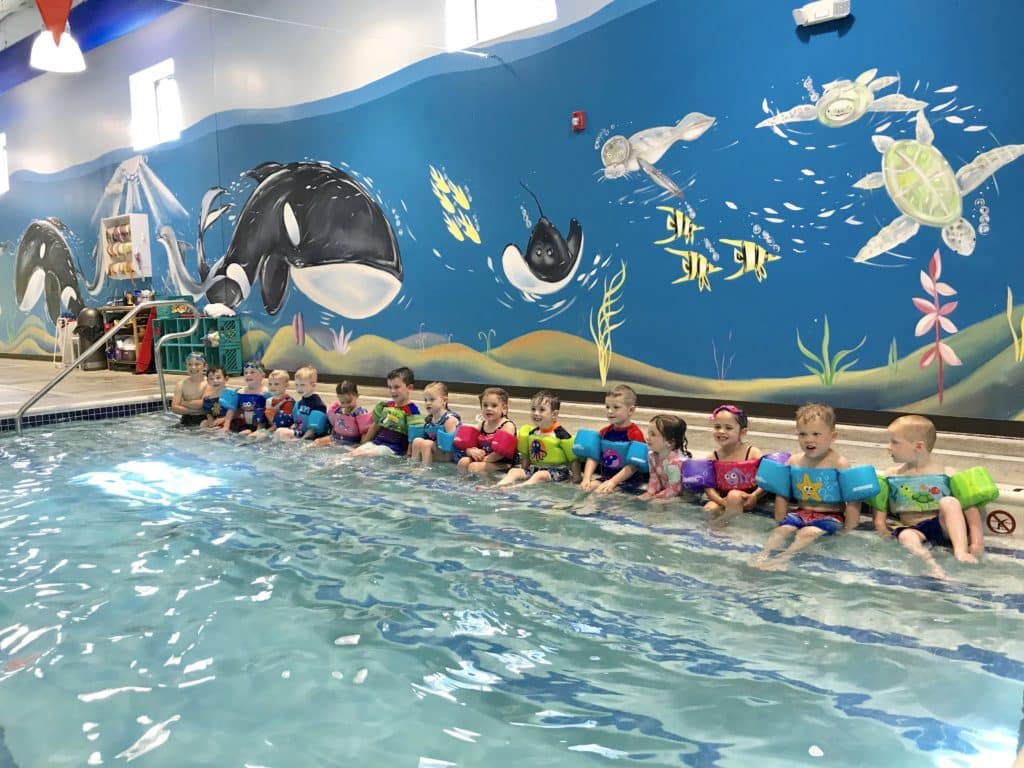 It was seriously so nice having a stress-free birthday party. I hope you enjoyed this Goldfish Swim School party review. We definitely recommend it as an awesome place to throw a party! 🙂 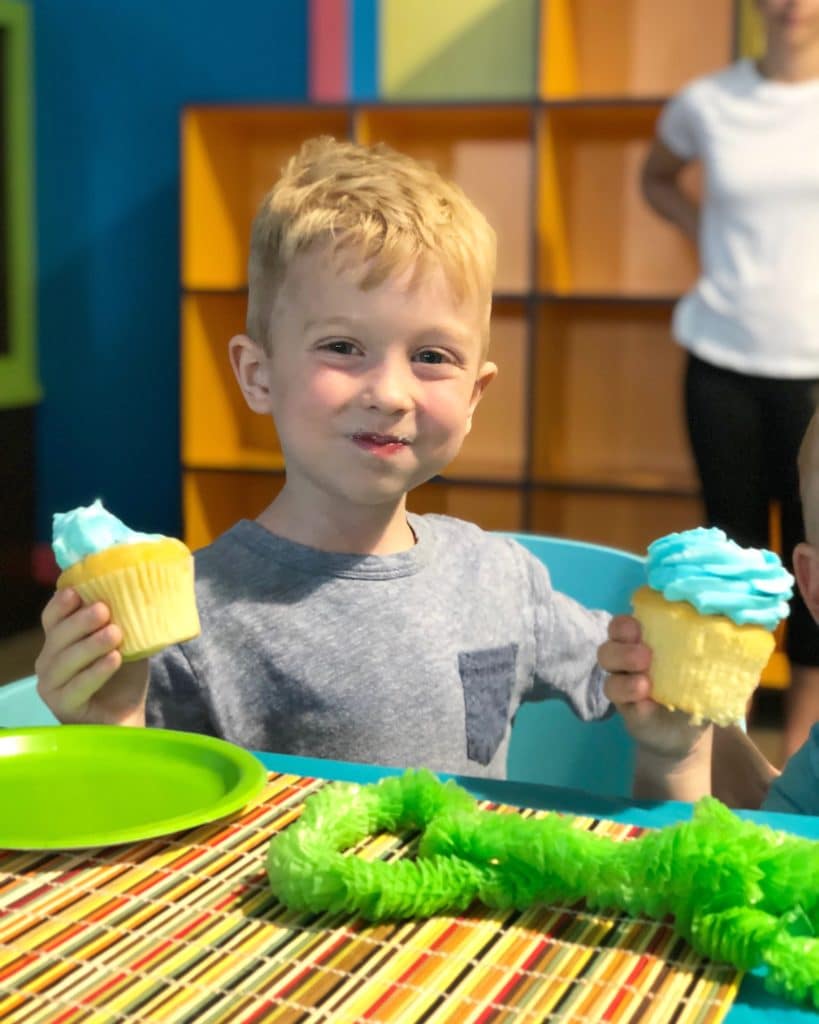 I received so many inquires on Instagram about our experience, so if I didn’t answer your question, please send me a message. I’m more than happy to help! Thank you, Goldfish!!