The Best Kind of Weekend – Almost No Plans 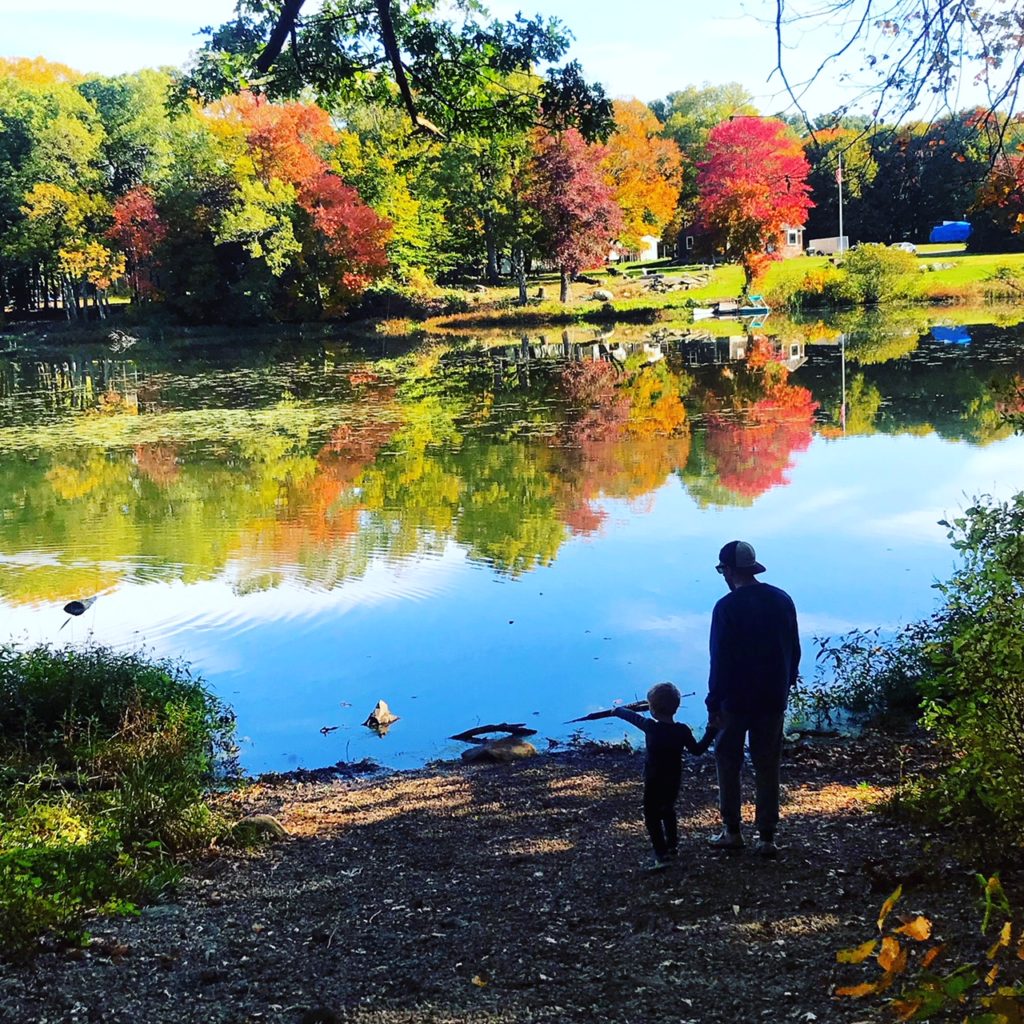 Hi, guys! A very happy Monday to you!

How was your weekend? Ours was low-key and included minimal plans, which, honestly, was the best type of weekend. The fall has been crazzzzy for our family – and with me off to Israel later this week, a quiet weekend was exactly what we needed. Here’s a recap!

I finally enjoyed my first Pumpkin Spice Latte of the season. I actually shared my order on Instagram Stories and received a TON of questions about it, so I wanted to share it here, too. PSLs can be serious sugar- and calorie-bombs, so here’s how I ordered mine: Tall with almond milk, 1.5 pumps of syrup (a regular tall has 3), and no whipped cream. Easy as that – and it was still very delicious! 🙂 We stayed in Friday night. We basically ate dinner, watched TV, and then went to bed early. TGIF!

Quinn was awake super early on Saturday morning, so after some snuggle time with him, I started on some chores around the house (laundry, dishes, etc.) while he played. Once Mal was awake, we got ourselves ready and headed to CrossFit. Photo below: Mal and Quinn discussing what flavor of donuts they wanted to get at Coffee Shack after CrossFit. Mal’s pick: Honey Dip. Quinn’s pick: Chocolate Frosted. After CrossFit, we headed to the nearby party store for Quinn’s Halloween costume. He decided on Spiderman (because “he can shoot webs from his hands”), but the store was sold out of his size. Whomp whomp. We tried to pick out a second choice option, but Quinn just wasn’t into it, so we didn’t end up buying anything. We figured we still had time to find Spiderman somewhere else and it made more sense to find a costume Qman was excited about instead of dropping $30 on one he didn’t really like. We did, though, find a bunch of CREEPY decorations for our house. Quinn was wayyyyyy more into the decorations than Halloween costumes! 🙂 After that, we stopped by Trader Joe’s to do our grocery shopping for the week. I tend to be a bit of an over-shopper with our groceries, so I decided to reign it in and mostly eat from our freezer and pantry this week. On the menu for dinner: Maple Bacon Hash, high-protein pasta with meat sauce, Shepherd’s Pie, tacos, and lemon rosemary chicken (from Trader Joe’s). During nap time, a special package from my friends at AVIA arrived. Their gear is so cute and SUPER AFFORDABLE. Seriously, some of their clearance items are less than $5! And their high-support sports bras ($12.46) are some of my favorites for CrossFit workouts. After Quinn woke up from his nap, we went to a friend’s birthday party. We heard Trick-Or-Treating was involved, so he dressed up as a Ghostbuster (Proton Pack from aunt Sibylle via Amazon). The party was a lot of fun, and Quinn’s favorite part was playing with the huge T-Rex Dinosaur. He seriously loved every second of it! Sunday morning kicked off with a big ol’ pancake breakfast. The boys had Mal’s famous -like pancakes in dinosaur molds. After breakfast, we took a trip to the park for some exercise. Back at home, we made our house “creeeeeeepy,” ate lunch together, and then Quinn went down for his nap. After nap time, we carved a pumpkin. Quinn wasn’t into scooping out the seeds and guts, but he had fun supervising! 🙂 The rest of the afternoon and evening was spent hanging out around the house and getting our lives in order before the start of the week. It was such a nice way to spend the day and wrap up the weekend!

Thank you to everyone who entered! Here’s your winner:

Congrats, Lily! Please email me at tina@carrotsncake.com with your full name and mailing address to claim your prize.

Have you had a Pumpkin Spice Latte yet this season? If so, how do you order it?

Would you rather: Tons of weekend plans or very few?