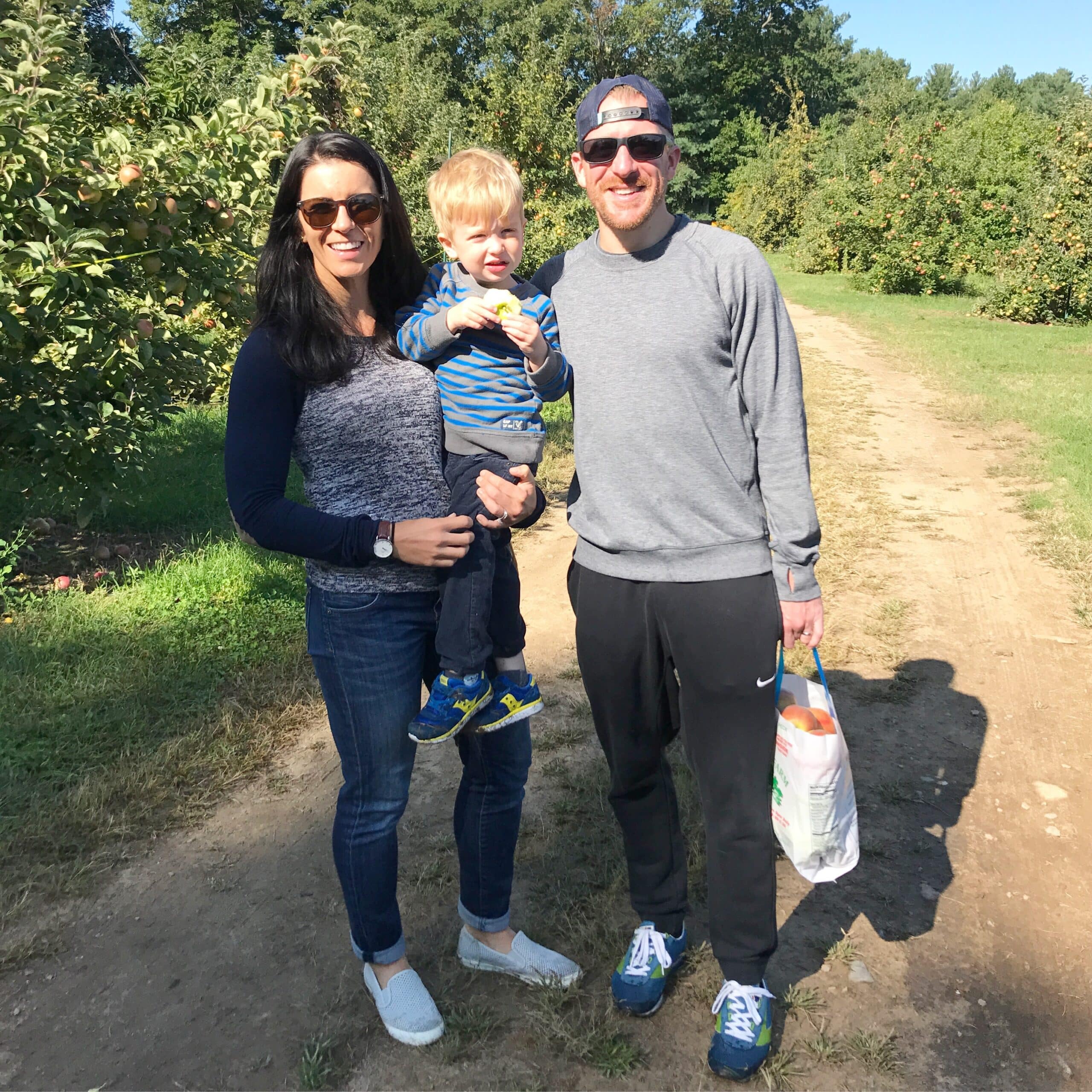 Over the weekend, we went apple picking at C.N. Smith Farm in East Bridgewater, and it was quite the hidden gem! It was our first time there, so we were pleasantly surprised by how much it had to offer. I think we found our new place for fall family fun! 🙂 We met friends at the orchard and immediately got our apple picking on. We arrived right when it opened, so there weren’t long lines, crowds, or waiting of any sort. We’ve actually made the mistake of apple picking too late in the season when the trees are pretty much picked clean, but there were PLENTY of apples (and peaches) of all kinds. A small bag of apples cost us $24, which was expected and totally worth every cent, especially since Qman had such an awesome time. He was all about finding huge apples, so every time he’d find a particularly large one, he’d say: “Look at THIS one” with the biggest smile on his face. He was so proud of himself! The farm also had all sorts of seasonal treats (i.e. apple cider, donuts) as well as an amazing farm storm with the coolest Halloween displays. I wish I had taken a photo of it. Qman was obsessed, and it took us forever to get him out of there! Haha! We eventually convinced Qman to check out the animals outside (goats, chickens, horses) and take a hayride, which was definitely worth it. We got quite the tour of the farm! 🙂 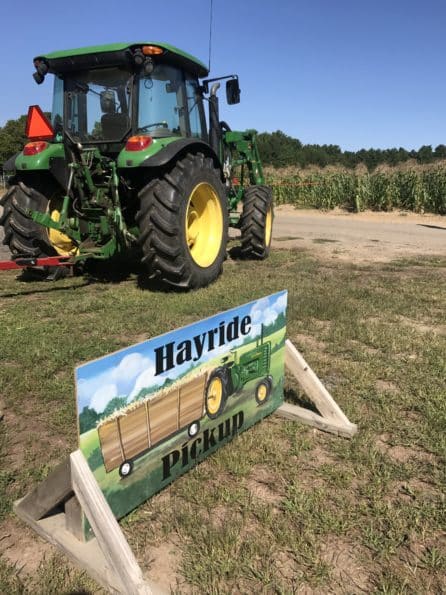 When we got home, Mal immediately asked if I would make my Mom’s Apple Crisp. It’s one of our favorite recipes ever, but, this time, I tried something new and changed up the ingredients a little bit. It’s still a super easy recipe, and it turned out so well!! You absolutely need to try this recipe – I promise it will not disappoint! I hope you guys love this recipe as much as we do! P.S. Today is the final day to enter to win an awesome prize back from General Mills Cereal! Just click over and leave a comment for a chance to win!