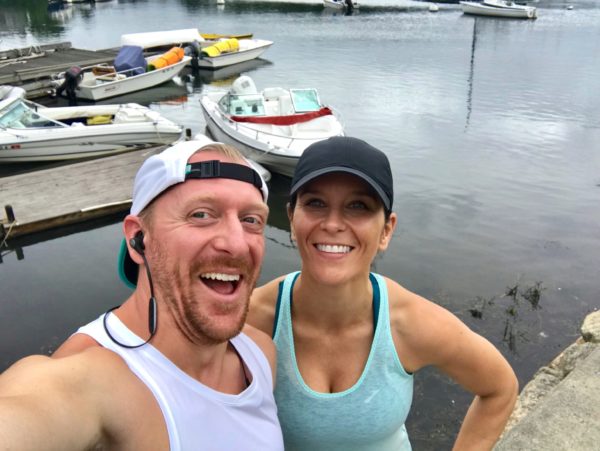 Another Falmouth Road Race is in the books! Sunday’s race was my 6th, and I can confidently say, it’s still my favorite! 🙂 A HUGE thank you to Health Warrior for giving bibs to Mal and me – it was such a fun day!

Race morning started bright and early at 5:01 AM. Mal and I had a babysitter coming to our house at 6:00 AM, so we were up and at ’em getting ready, eating breakfast, and walking Murphy before she came. Once she arrived, we hopped in the car – with iced coffee in hand – and drove down to Falmouth for the race.

We sat in a little traffic when we arrived in Falmouth, but we still had plenty of time to board the shuttles to the race start. We boarded the bus around 7:45 AM and thought we’d have plenty of time in Woods Hole. 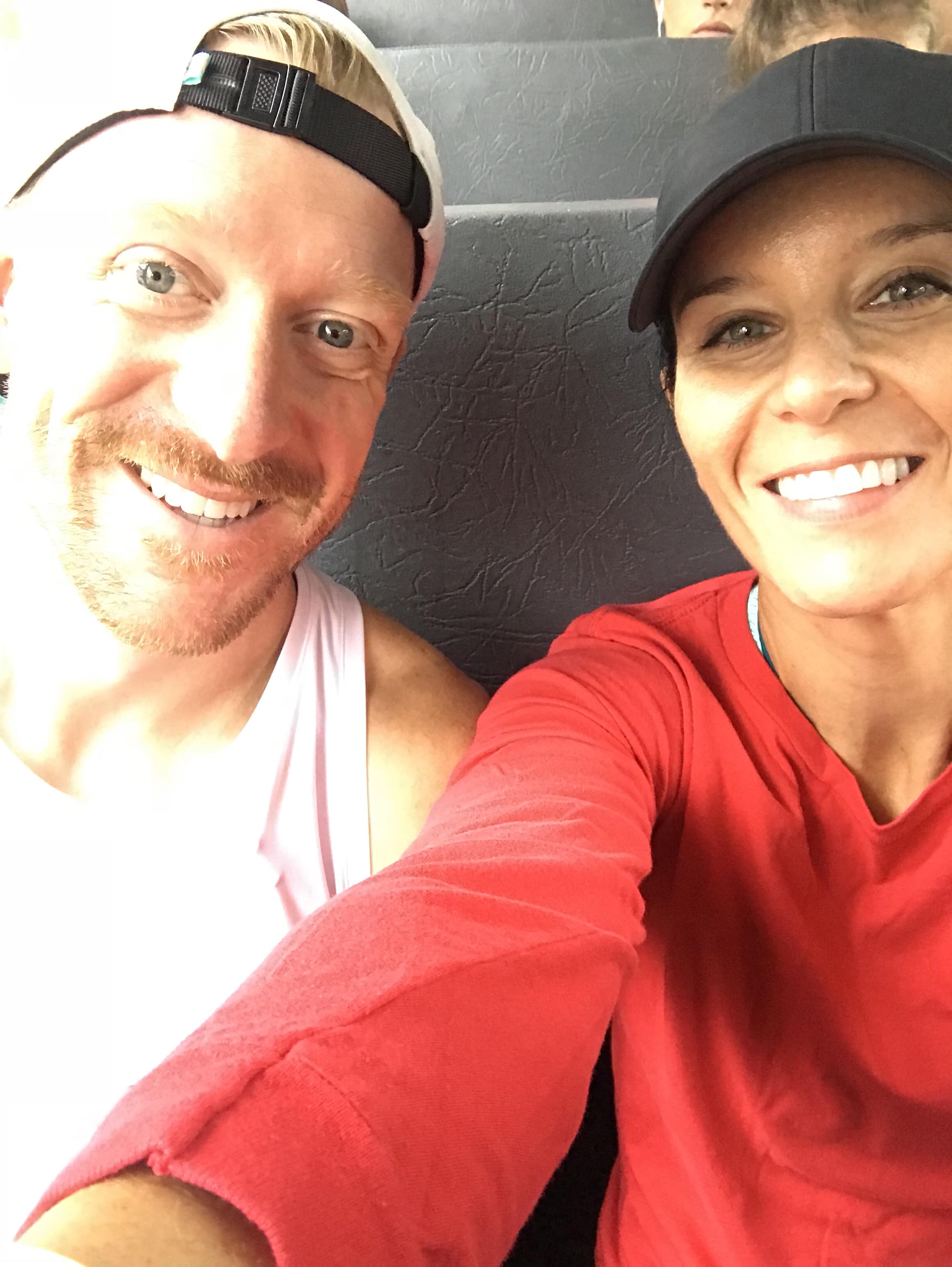 Well, nearly an hour later, we finally arrived – 40 minutes after the start of the race. Whomp whomp. I still have no idea what happened – usually the race is so well organized. I heard rumors that there was an accident on the special bus route to Woods Hole, so we were re-routed with the normal traffic. Whatever happened, the buses got about 3/4 of a mile from the drop-off location and let us out to walk the rest of the way. Eventually, we made it! The race had already started, so Mal and I snapped a couple of quick picks before we headed to the start line. Might as well, right? 🙂 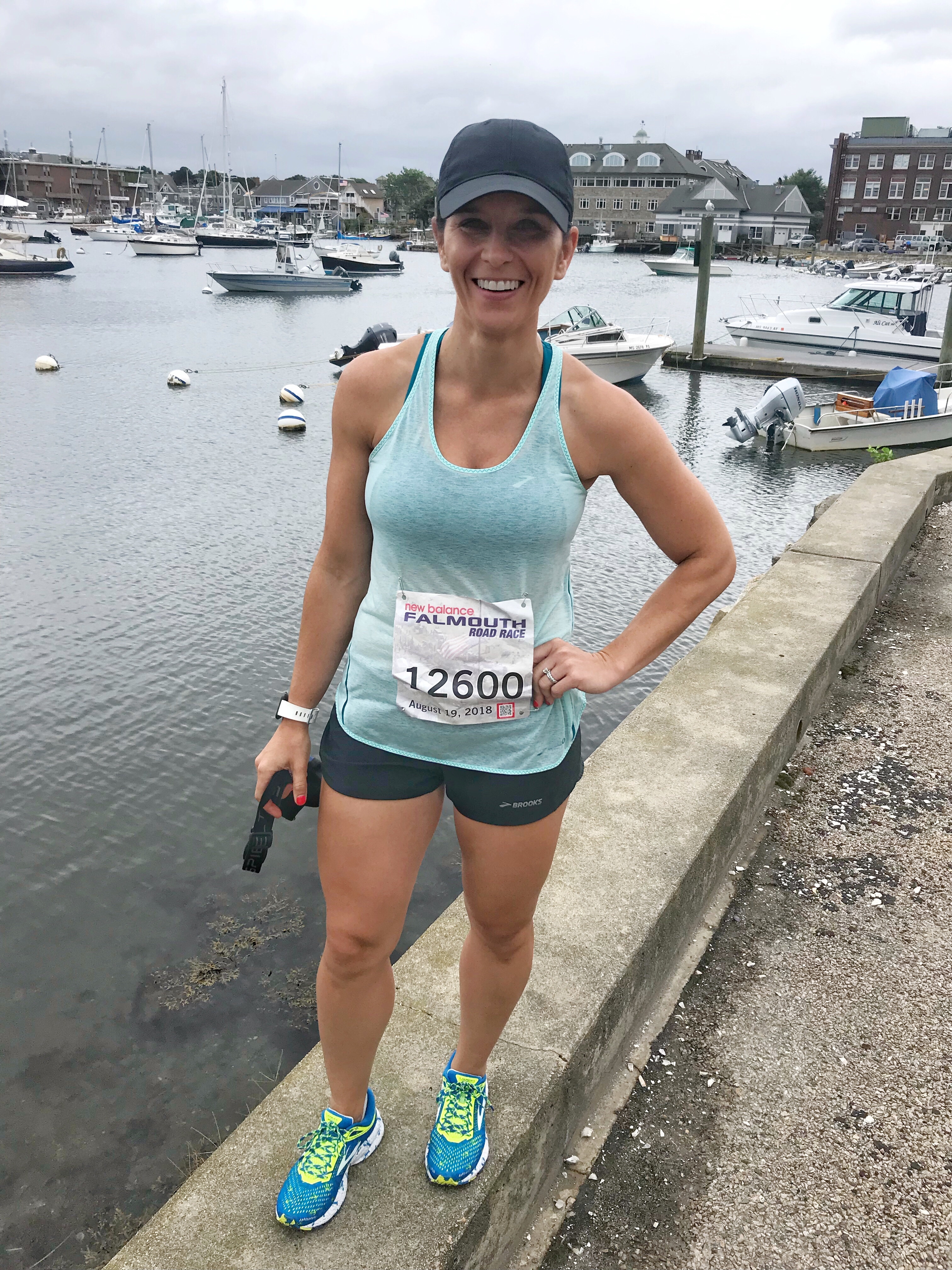 Just a few minutes later, we were off and running! The course was so pretty – easily one of my favorites ever. The first couple of miles are always super crowded, but it gives you chance to soak in all of the beautiful sights and sounds, including the ocean, coast, and Nobska Lighthouse. I love running down the hill and seeing hundreds of runners in the distance.

The course continues along a number of semi-hilly roads, which surprisingly didn’t feel all that bad – thanks to the MUCH cooler weather. The temperature was in the low-to-mid 70s, cloudy with a nice ocean breeze. Usually, it’s super hot with blazing sun, so it was a nice change from previous years. I just trucked along – hitting up a couple of water stations – and enjoyed the experience.

The final couple of miles of the race were totally packed with spectators. It was so fun and definitely gave me some energy to pick up my pace and finish strong. The last mile and finish line actually kind of snuck up on me – before I knew it, I was running up the massive hill at the end and looking for the huge American flag at the finish line. I finished in 1:03:36 (9:03), which wasn’t my fastest Falmouth, but definitely not my slowest. Considering I had a rough summer with regard to training (and hacking up phlegm every.single.day), I was pretty happy with my time – and check out my negative splits! 🙂 If you’re curious, Mal ran a 46:43. He was on fire! 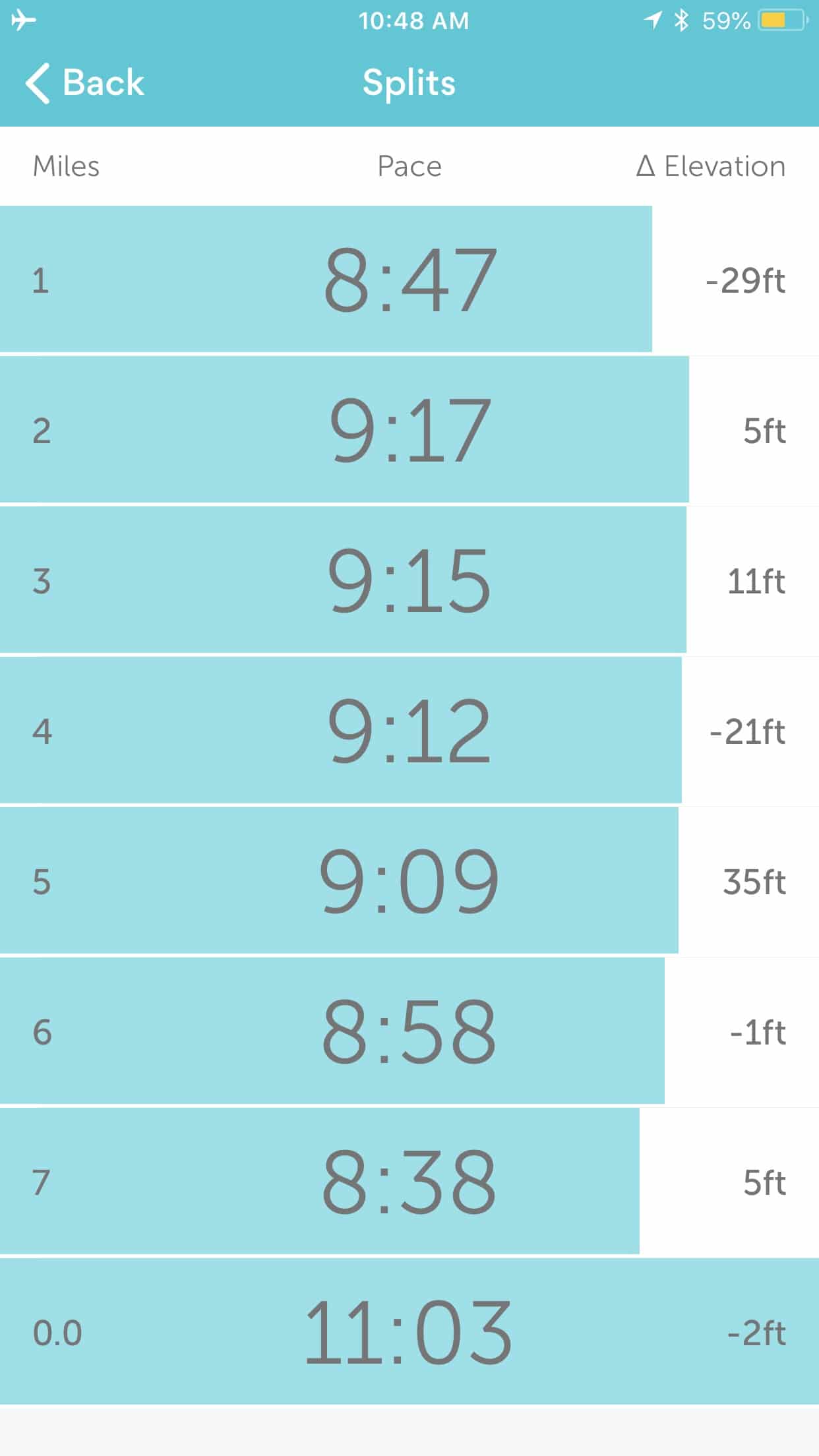 The post-race finish was absolutely insane. I’ve never seen so many people in my entire life. As soon as Mal and I found each other (do you see him in the photo below?), we got the heck out of there. Holy insanity! 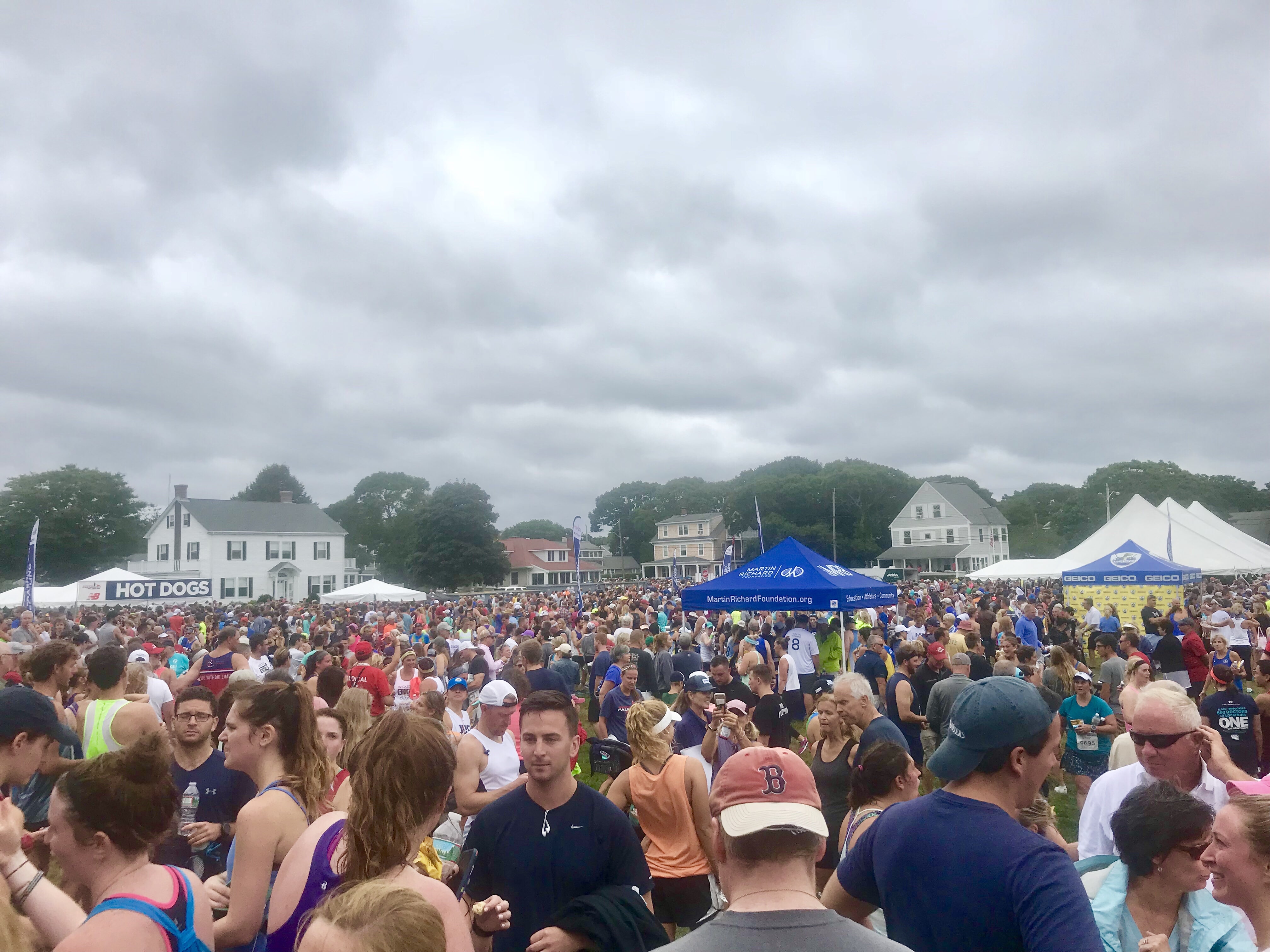 Even still, I absolutely love the Falmouth Road Race. It’s basically like running through a party for the entire 7 miles. If you’re a runner, I highly recommend that you put this race on your bucket list!